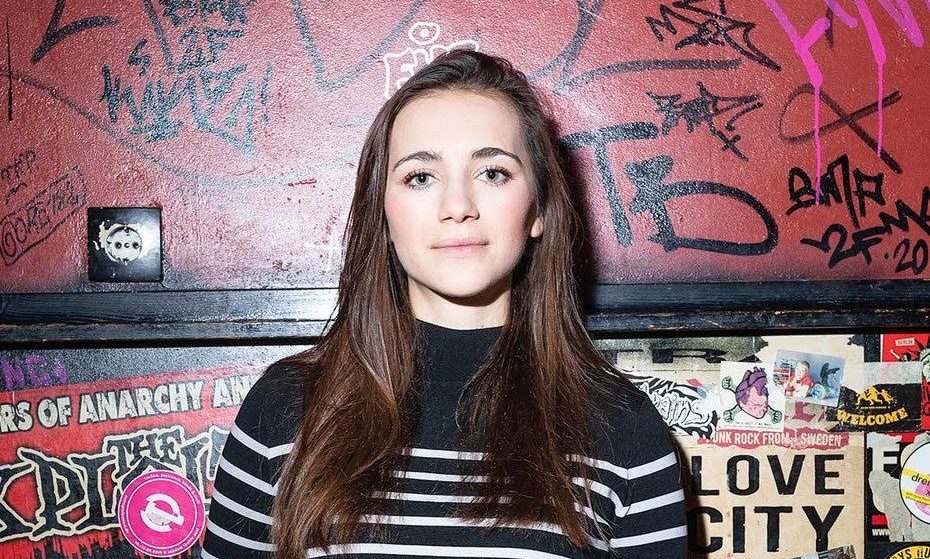 In her new book, The Corona Crash, economist Grace Blakeley sets out the ways we need to radically restructure society in the wake of coronavirus.

In her new book, The Corona Crash, economist Grace Blakeley sets out the ways we need to radically restructure society in the wake of coronavirus.

COVID-19 has plunged the global economy into its worst recession since World War II, far eclipsing the impact of the 2008 financial crash. It’s a disaster which has only exacerbated the UK’s cost-of-living crisis, with the high rents, high transport costs and stagnant wages wrought by a decade of austerity under a callous Tory government.

A global recession was a long time coming. But the impact on the world’s poorest countries is being felt even more acutely owed to the virus, as 100 million across the world face being pushed into extreme poverty. In the UK, these divisions have grown more stark: this week, research concluded that structural racism led to the disproportionate impact of the pandemic on BAME communities.

In her new book, The Corona Crash (Verso Books), economist Grace Blakeley outlines how this period will usher in a new era of monopoly capitalism, one where the corporate economy collapses into the arms of the state, and behemoths like Amazon and Netflix balloon in profit and power.

The book makes clear that we simply cannot go back to the way things were. The only way forward will be through the transformation of our political, economic and social systems built on the principles of a Green New Deal. “The alternative is to watch as democracy is consumed by capitalism,” writes Blakeley in her book.

It’s a grave warning, but far from a fatalistic conclusion. Blakeley talks to Huck about the radical response needed to our deeply exploitative and unfair system, what the US election and Brexit will mean for the world’s handling of COVID-19, and why she still remains optimistic about the future.

We’ve seen over the past few months how the government calculates the value of human life against the economy. Has the extent to which surprised you at all?

It’s certainly shocking to be confronted with it in this way. But, given that we already knew that the last government was willing to allow at least 120,000 people to die as a result of its austerity program, simply for the purposes of balancing the books, it’s not something that I think should shock any of us.

What has been revealed is the explicit hierarchy that different lives have been ascribed during this pandemic. So, you’ve been able to see, in terms of the very clear order with which support was provided, what the state thinks is valuable.

First, it was financial institutions, then it was big businesses, then it was mortgage holders, then it was workers in secure employment. After that, it was some people who are self-employed. And at the very bottom with very little support, or no support at all, it was workers in the gig economy, private renters, and the unemployed people on social security payments. It’s just shown very starkly the calculus that the state applies to human life during crises like these.

“What’s become very clear is that we’re not going to see a sustained recovery without tackling the virus, and we’re not going to tackle the virus without adequate economic support.”@AndyBurnhamGM is right to demand support for areas facing extra restrictions

Certainly, in terms of how we’ve seen key workers bear the brunt of the virus.

Absolutely, and those key workers haven’t had a pay rise in a decade. That was a big part of austerity, with the public sector pay freeze, but that was amended slightly recently.

But realistically, when you’re looking at the cost of living – particularly in big cities like London and Manchester, where rents have gone up a lot – a lot of these people just are not any better off than they were in the immediate aftermath of the financial crisis. And it doesn’t look as though they are going to perform any better in the period after.

So key workers were clapped for at the beginning of this pandemic, but they are not going to get the wages and support in their careers that they should to survive and do their jobs well.

The book argues that coronavirus was the trigger for an inevitable reckoning. How might this recession have been different from the one caused by COVID-19?

A year and a half ago, I was writing about the next recession. Most people were assuming that the UK would be in recession by around 2021, and America would be in recession by 2022, and the Eurozone probably around a similar time. That has to do with the dynamics of the financial cycle. And what we’ve seen is a lot of risk-taking in particular areas of the economy – particularly in the corporate sector.

It was probably going to be accompanied by some sort of financial tightening crisis. The thing that’s been very, very different, has been the fact that the pandemic has really starkly increased inequalities between the Global North and the Global South.

We would have seen a recession, but we wouldn’t be seeing a situation where dozens of countries are on the brink of default, which is where we are now.

Has coronavirus served as a convenient mask for the government to conceal the fact that we were always heading towards a recession?

It does seem like they are trying to distract from the poor job that they’re doing. And the way that they’re trying to do that is by saying: ‘Look, there are migrants crossing the channel, look over there rather than the fact that so many people are dying.’

If the government continues to perform particularly badly, and if we go into a very severe recession, it will be harder for the government to blame coronavirus. But what they can do is try to start culture wars, and spark xenophobia and nationalism in an attempt to divert people’s attention from the economy.

Listen to me on The Moral Maze last week talking about my new book ‘The Corona Crash: How the Pandemic Will Change Capitalism’ https://t.co/QCS2vbEVd4 https://t.co/XeMDBpsPad

How much of the US and the larger world’s ability to effectively respond to the corona crash hangs on the outcome of the upcoming US election?

Trump, Johnson and Bolsenaro have been uniquely bad at handling this pandemic, which is partly because of their commitment to free-market economics, which suggests that the state should only intervene at the very, very last moment. It means that the restrictions that were needed weren’t put in place quickly enough.

Biden will obviously take a much more calm and nuanced approach, compared to the way that Trump is trying to stir those massive divisions that already exist within American society just to cling on to power.

But I can’t imagine Biden offering much more support to workers who are facing the sharp end of this crisis, or, the things that are really needed, like single-payer health care. He is part of the Democratic establishment, and they don’t exactly have a strong history of delivering fundamental change in moments of deep crisis.

It’s likely that [if Biden is elected] the virus will spread less quickly initially, but in terms of the long-term economic impacts, Biden has got a lot to do if he wants to deliver a meaningful response.

And how would a No Deal Brexit threaten what needs to be done?

I think people are paying less attention because of the virus, and that really fits with the government’s agenda.

If the government decides we’re going to leave with No Deal, and that we’re not going to have a free trade deal with the EU, then the economic impact – which would be significant – would be masked by the fact that we were already in this deep recession.

That’s potentially dangerous, because you’ve got all of these different variables, all these different massive risks that are piling up on top of each other. And if they all hit at once then the recession – the long term economic impact – is going to be much worse then than we initially thought, and it’s going to take a lot more to get the country out of that economic downturn.

How do you stay optimistic?

I’m going to tell you my secret: I just don’t watch the news. The 24-hour news cycle is the worst thing ever, for our mental health and our understanding of the world, because it’s just constant. It’s news that’s picked by people in power that should be interesting for people with power.

I think it’s the duty of people who want the world to be a better place to remain optimistic because pessimism just prevents people from wanting to act. It’s up to us to build communities where we’re working together to take action and make things different.

We’ve seen that time and time again, our history is just a question of building those movements. And that’s really the biggest struggle: it’s convincing people that things can change.

The Corona Crash: How the Pandemic will Change Capitalism is out now on Verso Books.

Linkedin
RELATED ARTICLES
OTHER ARTICLES
By turning a real-life crisis into daytime television fodder, TV bosses have once again shown themselves to be completely out of touch with audiences.
Yesterday thousands gathered outside Buckingham Palace after news of the Queen’s death broke.
A 37-year-old woman shares how her abortion led her to become a clinic worker, and the abuse she’s received in that role.
Cindy Campbell recounts how her brother ushered in a new era of musical culture at a party she held in the Bronx in ‘70s.
With skyrocketing rents, packed out viewings, bidding wars and more, renting in London has never been harder.
Thousands attended the annual event this year to wheelie through the city and call for ‘knives down, bikes up’.