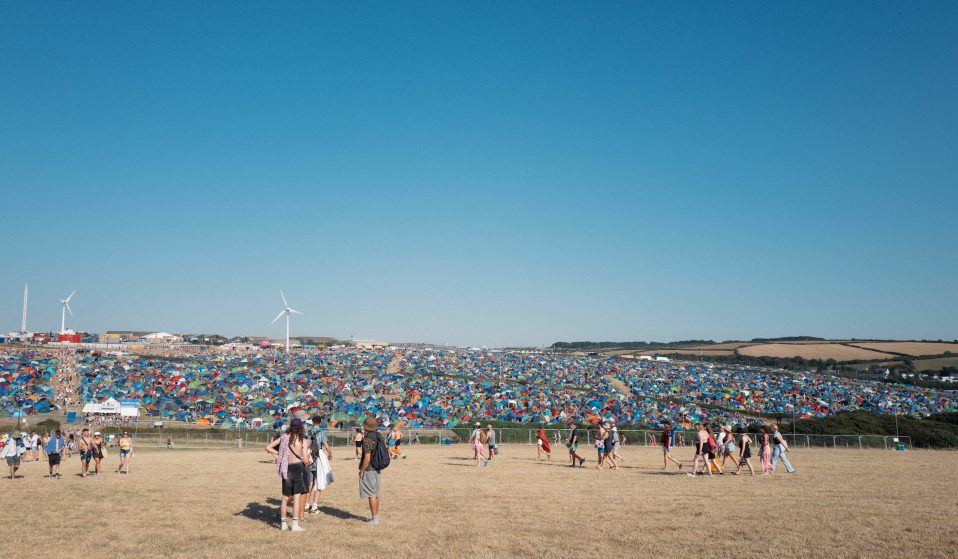 Tough fines and arrests for drug possession and supply is pushing festival-goers towards unsafe measures to consume or smuggle in their substances.

Tough fines and arrests for drug possession and supply is pushing festival-goers towards unsafe measures to consume or smuggle in their substances, reports Rebecca Tidy.

Think of a stereotypical British festival, and a number of images might enter your head. Typically, they revolve around a messy weekend of drugs, warm cider, overpriced food stalls, hanging out with a load of mates, muddy fields, and grim loos.

But if all this is synonymous with the British festival scene, then so, too, are the security guards and drug detection dogs. This  inevitably means one thing: that someone’s going to get arrested for drug possession or supply.

Courtney Healey, aged 21, became this year’s most high-profile casualty of harsh drug policing at festivals. She was sentenced to three years and six months imprisonment in May 2022, after being caught bringing 8.9 grams – less than two teaspoons – of cocaine into Creamfields Festival last summer in return for £200 in cash.

Healey, who is from Wales, worked full-time as an NHS healthcare assistant – a physically demanding, but poorly-paid job – prior to her imprisonment. It’s easy to see why she was tempted to bring drugs into the festival to help pay for the weekend.

On sentencing, Judge Steven Everett – who is frequently criticised for handing out excessively harsh sentences for drug possession and supply – called Healey “evil” and said, “You can’t be both a health care support worker and somebody that is involved in the supply of terrible Class A drugs. And you chose the latter.” It was a response that overlooks the fact that the war on drugs has failed catastrophically.

Indeed, the vast majority of academics, policy-experts and drug support workers agree that whether it’s people who use drugs or the individuals who supply them, nobody gains from the current approach to reducing the harm of psychoactive substances at music festivals. The reality is that a strong presence of law enforcement often serves to increase the value of drugs inside a location. It means that the average partygoer is willing to pay a premium for MDMA or cocaine to avoid the perceived risks of bringing it into a venue.

Heavily-enforced drug prohibition at music festivals has inadvertently created a lucrative market for illegal substances, which is why Healey was expecting a £200 reward for carrying in just nine grams of cocaine. And with an ongoing cost of living crisis, it’s likely this summer will bring a fresh surge of people willing to risk their freedom for a potential cash reward.

But it isn’t just people’s freedom – but their safety – that is being risked by excessively harsh drug laws. A total of 45 per cent of substances sold as MDMA at British festivals in summer 2022 contained no MDMA at all, a study by Cardiff University shows. Instead, they were made of cathinones (a type of amphetamine) and caffeine. Young people who buy drugs on-site from an unknown festival dealer to minimise the risk of police detection inadvertently face the risk of consuming a different substance to the one they believe they purchased, the study highlights. Just last week The Loop – an NGO promoting harm reduction, health and wellbeing through drug checking – put out an alert about a batch of ketamine containing Chloroquine, an antimalarial drug with side effects which include diarrhea, vomiting, skin rash and lack of appetite.

Chloroquine, which is used to prevent malaria, was identified by TICTAC @boomtownfair, having been missold onsite as ketamine. Can cause diarrhoea, vomiting, skin rash & lack of appetite.
Please take care and seek medical help if unwell.#LoopAlert#JustSayKnow#TimeToTest pic.twitter.com/krQhZNXtn6

James Morsh is the Executive Director of Pill Report, an organisation that “provides science-based evidence on the use of recreational substances” aimed at helping people take drugs more safely. “Mis-sold substances can be really harmful to people who consume them,” Morsh explains. “Some of these chemicals are more powerful and dangerous than their better-known counterparts, including N-ethylpentylone, which is three times stronger than MDMA, and 2-FDK, which is one-and-a-half times stronger than ketamine.”

The Pill Report team observed an increase in mis-sold substances at festivals last summer. “First aid workers told us they were seeing higher incidences of overheating, vomiting, confusion and severe insomnia or hyper-alertness,” says Morsh. “All of these symptoms are commonly exacerbated by factors like dehydration and fatigue.”

Even when people seek out medical assistance at a festival – whether it’s  for themselves or a friend – they risk being met with a punitive response. Rosanna (who asked to keep her surname hidden), then age 19, was arrested and charged with possession with intent to supply class A and B drugs at Elements festival in Dartmoor in August 2017.  She only came to the attention of security workers when her friend bought drugs from an unknown man selling psychoactive drinks.

“One of my friends wanted to try acid and amphetamine, so she bought a [psychoactive] cocktail from a random guy we’d met at the campsite… he’d brought the drugs across from Holland especially for the festival,” says Rosanna. “Unfortunately, she hadn’t realised the drink was really strong or that it contained other stuff too, so she became ill pretty soon. Her heart was racing, she was sweating like crazy and felt dead paranoid.

“We went to the first aid tent for medical advice,” she explains, “but the staff wouldn’t let me in with her. I was really annoyed and kept telling them she needed me, so they asked security to search me. The security worker found 14 wraps and ketamine, 53 ecstasy pills and £50 cash in my bum bag.”

Rosanna received nine months of drug rehabilitation and 15 days of probation supervision under a one-year community order. “Looking back, I wasn’t in the best place emotionally,” she says. “I came to the hearing with my bags packed, as I was convinced I was going to jail. I’d just started university and honestly thought my life was ruined.”

Even if drugs are pure, the heavy policing of festivals is linked to risky consumption practices which can be equally dangerous. Festival-goers are over twice as likely to ‘double drop’ (take two pills at once) or ‘pre load’ (take all of their drugs prior to entering the festival) if there’s a police and drug dog presence, a 2022 study by the University of New South Wales shows. This can sometimes lead to what is known as ‘panic overdosing’.

Shane Sheffield, age 31, from west Cornwall, knows this feeling of panic all too well. Sheffield received a prison sentence in his teens for driving while banned and in possession of 0.5 grams of cocaine. “I’ve had so many bad experiences with the police that I get really anxious whenever I see them,” he says. “Due to my convictions, they often target me for extra attention. It’s not hard to stand-out in a rural area like Cornwall.”

He recalls going to Boardmasters Festival in Newquay in the summer of 2019. Just as he was approaching the car park after the festival, he heard a police officer call his name. He panicked, believing the officer had recognised him from his previous arrest. “The officer walked up to us, even though none of us were causing any trouble,” he says. “I knew my mate had an ecstasy pill in his pocket and was so worried that he’d get nicked that I grabbed it and swallowed it whole. I’d never done pills before, so it was intense: I ended up sitting naked in a rock pool.”

Sheffield was, in a way, lucky: panic consumption can lead to far more devastating consequences. A New South Wales coroner examined the overdose deaths of five young people at local music festivals between December 2017 and January 2019. Her research prompted her to call for an end to high-visibility policing tactics – including the use of sniffer dogs – at events, as they increase the likelihood of attendees consuming drugs before the festival, taking double the dose or panicking and using drugs quickly to avoid detection.

The fact is, those seeking to bring drugs into festivals are unlikely to decide not to because of the presence of police. Instead, they’re likely to favour potentially hazardous methods of concealment. Only four per cent of people who expect a drug dog to be present at a music festival actually decide not to take drugs. Around 10 per cent of individuals who use illegal substances at the event choose to conceal them internally while they enter the site.

The evidence is undeniable. No matter how hard you police a festival or how many jail terms are handed out, over half of the adults in attendance still manage to use illegal drugs. In many instances, they consume these substances in a way that increases harm to themselves and those around them because of policing decisions.

With festival season in full swing, clearly it’s time to end the tough-on-drugs stance – which largely fulfils a symbolic purpose – and instead amp up harm reduction initiatives such as on-site drug testing, education and the removal of passive police dogs.

Linkedin
RELATED ARTICLES
OTHER ARTICLES
Thousands attended the annual event this year to wheelie through the city and call for ‘knives down, bikes up’.
The two-day long event returned to London this year, showcasing a spectacular parade, steel bands and Caribbean food.
For over a decade, gamblers have won big by employing people to place live bets from the court. But does this dubious method still work?
A group of young Palestinians have found temporary freedom in the act of parkour, reimagining wreckage and ruins as a series of high-octane playgrounds.
Financial turmoil is pushing people who work in the sex industry into more dangerous and desperate situations as a means of survival.
Cindy Campbell recounts how her brother ushered in a new era of musical culture at a party she held in the Bronx in ‘70s.