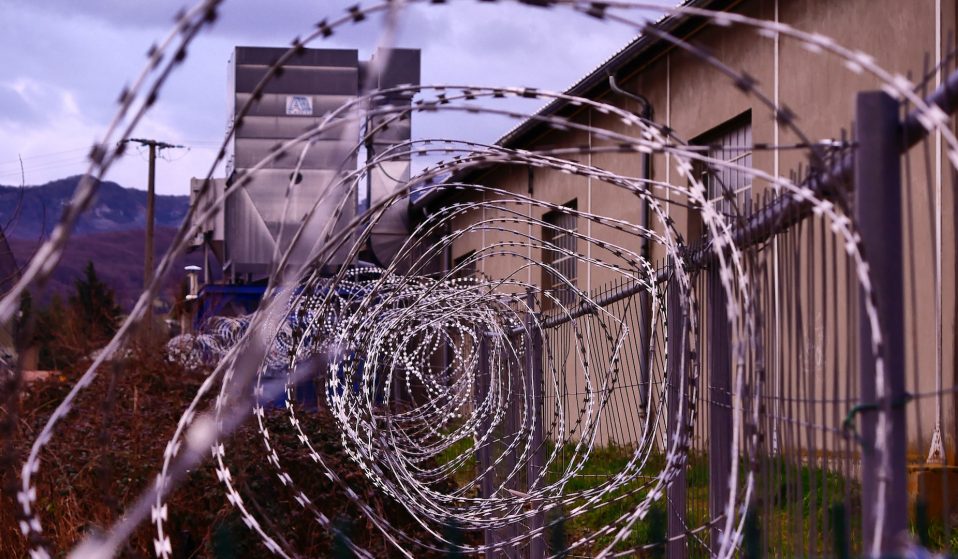 Lockdown could have created a greater understanding of the conditions prisoners face. So why are punitive policies even more popular?

Lockdown could have created a greater understanding of the conditions prisoners face. So why are punitive policies even more popular?

This time two years ago in lockdown, the nation was sharing in the experience of fear, boredom and isolation. Some compared living in lockdown to being in prison, while others were quick to respond by pointing out that it was nothing like living in prison – unless prisoners had suddenly been allowed to have internet access, food deliveries and afternoon strolls in the park. Meanwhile, some prison reformers and activists wondered if the situation presented an opportunity. If people felt like they were living in prison, then might that create more political will to change our actual prisons?

I was one of the people hoping it might, but at the same time, I could hear my older brother’s voice in my head. A recovering heroin addict, he went to prison a dozen times and is long since inured to the public’s indifference. He would say something like, ‘People don’t care. The quicker you learn that, the quicker you get through your sentence.’ Like many people doing time, there was no room for a belief in humanity in his survivalist thinking.

As 2020 progressed, the killing of George Floyd sparked global Black Lives Matter protests. We saw abolitionist ideas getting more air time, while activists protested the expansion of the prison estate.

But at the same time, the ‘tough on crime’ stance held by the government has only become more entrenched. Prime Minister Boris Johnson recently joked at a Tory fundraising lunch about how the UK is becoming “the Saudi Arabia of penal policy, under our wonderful Home Secretary”. Rather than offering an alternative, the Labour Party are also campaigning on punitive strategies, claiming that “Under the Tories, Criminals have never had it so good.” The new Shadow Justice Secretary Steve Reed is looking into naming and shaming people convicted of buying drugs: a strategy he used in Brixton when he was the leader of Lambeth Council. This is not evidence-based policy, but a way to stoke and then satisfy the public appetite for punishment.

Violent crime is up and the number of suspects charged is down.

Under the Conservatives, criminals have never had it so good. pic.twitter.com/X4aBDbkKjn

It’s safe to say lockdown hadn’t softened the attitude held by those in power towards prisoners. In fact, I think the social and emotional currents at play during the pandemic may have increased the public’s appetite for punishment. Let me explain.

The French sociologist Émile Durkheim said that the foremost reason we find it so affirming to punish is not because it deters people from crime or because we love justice. Rather, it’s  because punishment reinforces our sense of group solidarity. Heteronormative Britain castrated homosexuals. Religious states sometimes imprison those who blaspheme. White judges can be more forgiving of white defendants than Black ones. At times when our sense of social solidarity is under threat, one way to reaffirm bonds within the ‘Us’ by is punishing the ‘Them’. Research indicates that income inequality and lack of welfare provision see more people call for criminals to get tougher sentences. This suits the Tories, who are happier to meet this call than they are to improve the material conditions that give rise to it.

Social distancing, by definition, puts our sense of social solidarity in jeopardy. Lockdown exacerbated particular pre-existing inequalities. School closures disrupted the learning of poorer children more than middle-class ones. Mental health worsened for those who had poorer mental health pre-pandemic. When I saw calls for unvaccinated people to lose their jobs at the same time that many people were losing work because of the pandemic, I thought of what Durkheim said about how we want to create groups that we deem are legitimate to punish at times when our own stability is under threat.

2020 saw great emphasis on following social rules, with ministers urging us to report our neighbours to the police. Boris Johnson gave a speech about how Britain was going to recover from the pandemic, in which he reiterated his plans to build yet more prisons for those who break the rules. He was offering a ‘Them’ to an ‘Us’ in crisis. While it’s probably true that the pandemic bolstered solidarity among activists and the families of prisoners, the mainstream conversation is now even more dominated by punitive sentiments.

I grew up with my dad, brother and uncle in prison. This made me less impressionable to the ‘us and them’ narrative punitive politicians peddle.

We must ask ourselves who it is that will suffer most from the government’s plans to imprison more people. 24 per cent of our prison population, and half of all prisoners under 25, spent time in care as children. We have given indefinite sentences to people who have stolen mobile phones or committed criminal damage of less than twenty pounds. We jail pregnant women and make them give birth in handcuffs. This make our leaders look like the paranoid and fragile tyrants of Shakespearian tragedies, who rely on cruelty to show their power.

In hindsight, we can see that when people said living in lockdown was like being in prison they weren’t talking about prison itself, but their projections. In the imagination, prison is a symbol representing death, chaos, and our own worst fears of deprivation. The pandemic also evoked anxieties about death, social turbulence and loss, which is why people compared it to prison – or their idea of it.

In my book about teaching philosophy in prisons, I recount the sometimes counter-intuitive things people have said to me. One woman described being in jail as her ‘me time’ – a place where she could have food, a bed and a safety she didn’t have on the street or in abusive relationships. Elsewhere, a man talked about how he felt more able to have a three-dimensional existence in prison than he did on the outside, where he was less flattened by the stigma of a criminal identity. I don’t mention this here to endorse the system, but to show that prisons are more than just the embodiment of our fears. When people said that being in lockdown was like being in prison, what they hadn’t seen was how emotionally and socially complex being in prison can be.

It’s tempting to believe that ‘people just don’t care’ about prisoners. But care is something that can be grown and nurtured. It won’t emerge simply from the fact that we’ve known lockdown too. Instead, we need to understand the realities of life for prisoners, and to envisage an ‘us’ that is wide enough to include them.

Andy West is the author of The Life Inside: A Memoir of Prison, Family and Philosophy (Picador). The book is available to purchase here.

Linkedin
RELATED ARTICLES
OTHER ARTICLES
The failure to hold landlords to account is denying tenants their basic dignity, writes Bella Saltiel.
The government is scrapping the Human Rights Act in a move that will hit marginalised people hardest.
Photographer Robin Graubard’s debut book offers an unflinching record of turbulence and change across the Balkans.
In the last of our dispatches from OFFF Barcelona, Rufus Deuchler and Vincent Gault discuss the future of creative process.
Our new magazine is here, starring the inimitable Mitski. Order your copy now and join us on a trip around the world.
The revered showbiz chronicler recalls his journalistic beginnings, documenting subcultural scraps in the ’80s.