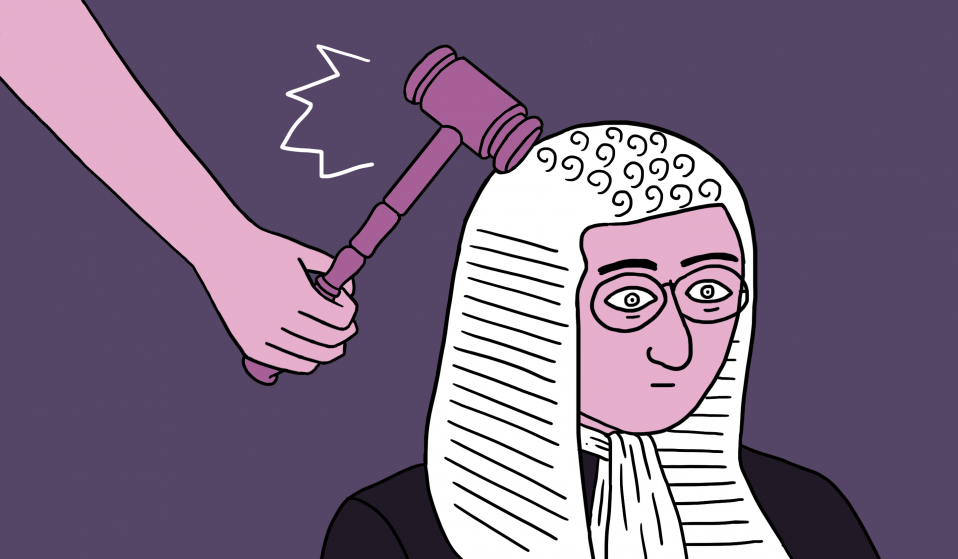 This week three High Court judges ruled that Parliament must be given a vote on triggering Brexit, much to the right-wing press's dismay. But Dr Jo Murkens argues this is simply what UK law requires, not a stitch up by judges with an agenda.

Would you pay good money to watch your favourite sports team play if you knew that the referee was biased or had been bribed? Would you even bother to watch highlights of the game for free? Of course not.

The independence of the arbiter is as fundamental to a competitive match as it is to the legal system. As Chief Justice Roberts said in the US context, ‘my job is to call balls and strikes and not to pitch or bat’.

The High Court of Justice, one of the most senior in England and Wales, ruled yesterday that Parliament must get a vote on the decision to leave the European Union. This has clearly thrown a spanner in the works of the Government’s Brexit strategy, and there’s been nothing short of a frenzy in the right wing press to call out the judges in this case, some of the most respected in the land, as charlatans.

What’s vital to remember here is that this judgement is strictly constitutional, not an act of political manoeuvring. The court had no agenda of its own. It expressed no opinion on whether Article 50 TEU should be triggered, it only dealt with process.

The government argued that the decision should be made by the Prime Minister using prerogative powers, i.e. the what’s left of the monarch’s authority that is now exercised by ministers. The court decided that Parliament needs to trigger Article 50 before the UK can negotiate its exit from the EU. It’s as simple as that.

If the judges had been biased they might have deserved the Daily Mail’s vilification as ‘enemies of the people’. If you bring a case before a court, you need to know that the judge has no financial or ideological interest in the outcome of the case. In this instance, there’s been no suggestion that this wasn’t the case, despite one of the judges being an “openly gay fencer” (shock horror).

The political views of the judges were also not on display in the judgment: The decision was clear, concise, and constitutionally correct, despite what some editors might want you to think.

Simply put, this is what happened:

If the consequences of Brexit existed only in the context of international relations, the government would have won the case – court clearly acknowledged that. Fatefully, however, the government admitted that there were certain rights currently enjoyed by UK nationals that would irretrievably be lost upon withdrawal from the EU. Those rights include the right to vote in European Parliament elections, and the right to be selected and elected to that parliament.

In other words, Brexit will lead to the loss of political rights enjoyed by every adult national in the UK. Once the government conceded the loss of individual rights on that scale, the court could only conclude that an Act of Parliament is required to authorise that loss.

The court was unanimous on that matter. And it did not base its decision on personal preferences or prejudices, but on the settled case law of UK courts since 1610.

It is therefore entirely foreseeable that the UK Supreme Court will reach the same decision upon appeal. The claimants did not win the case; the government lost it on its own account of the law. The judges did not throw the government some rope on which to hang; the government’s lawyers brought it themselves.

The attack on the judges by the media is shameful. Commentators should hold their fire for cases of actual bias, which are mercifully rare in the United Kingdom. Judicial bias in an ordinary low-level case would be a stain on the entire legal system. Judicial bias in one of the most high-profile cases in the modern history of law is simply hard to fathom. The charge also does not stand up to scrutiny. See for yourself. Read the case! It is only 30 pages long.

The right-wing media want to ‘take back control’ by empowering the Westminster Parliament and domestic judges. Now they are resorting to attacking both. This is the equivalent of a pitch-invasion. We need to remind ourselves of the rules of the game and what it means to play fair. The judges have done that. The ball will soon be in Parliament’s court.

Dr Jo Murkens is an Associtate Professor at the Department of Law, London School of Economics and Political Science. He studied English and European Law in London, Copenhagen, and Florence.

Linkedin
RELATED ARTICLES
OTHER ARTICLES
Students are being left to languish in unsafe housing, in some cases leading to serious health complications.
Photojournalist Fiora Garenzi spoke with people still living in Eastern Ukraine, an area which seen some of the heaviest fighting since the war began.
A sharp increase in officers armed with the electrical weapon is resulting in serious injuries and deaths.
With the virus now a global health emergency, we must take steps to fight misinformation and demand a swift UK-wide vaccine roll out, writes Phil Samba.
Last week, Tower Hamlets council removed its nudity-restricting licensing conditions in a huge win for London’s kink community.
From the chip shops, to the bingo parlors and burlesque dancers, photographer Mike Coles remembers capturing scenes of holidaymakers by the English coast.