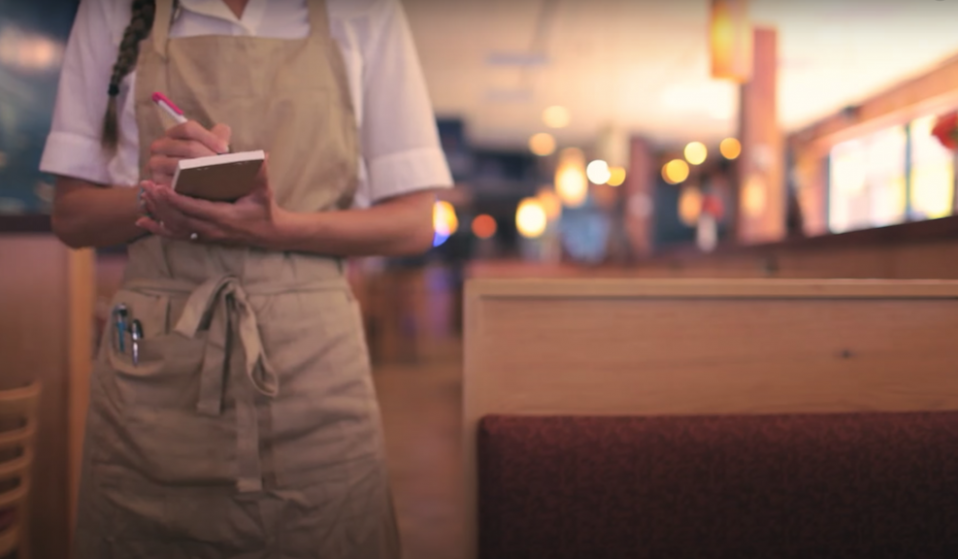 The UK’s bogus self-employment problem epitomises the tyranny of work under capitalism.

The pandemic has exposed the extent of the UK’s bogus self-employment problem, an unscrupulous practice which epitomises the tyranny of work under capitalism.

In the throes of the pandemic last year, 25-year-old Megan was unable to continue working as a student ambassador. So, to support herself while studying for her Masters, she began a new job teaching English as a foreign language, working for the English company remotely.

Nothing about her new job seemed untoward, until a few months in, when Megan began questioning things. “We had absolutely no sick pay, and the company would even fine us [£11] if you were sick and you missed a lesson,” she tells Huck. Megan adds that one of her co-workers was fined for missing a class while sick, and another for driving their grandma to hospital in an emergency.

A colleague informed Megan via a work group chat that they’d been in contact with a union regarding their poor working conditions. When her colleague spelled out all of their concerns and highlighted all that was wrong with their situation, the penny dropped and Megan realised that she was bogusly self-employed. “I found it quite scary because I hadn’t gone into it thinking that I was going to be self-employed. It didn’t say anywhere on the advert that you’d be self-employed, so it was quite a shock.”

Bogus self-employment is when businesses get workers to register as self-employed, despite treating their workers as employees. This means that bogusly self-employed workers can be deprived of their rights: no holiday pay, no sick pay, no pension, no security and no minimum wage. For workers who are genuinely self-employed, this is old hat. But it’s a different story for workers who begin a new job expecting (or needing) all the benefits afforded to employees, only to later realise that they’ve been duped or misled by whoever’s hired them. While there are cases where companies are frank about workers being ‘self-employed’, the scarcity of good work available means that jobseekers are rarely in a position to challenge or question this.

The pandemic has exposed the extent of Britain’s bogus self-employment problem. As registered ‘self-employed’ workers, some have been able to access the Self-Employment Income Support Scheme. But as workers are required to submit previous tax returns to apply for a grant, anyone who has only recently become self-employed or anyone not earning enough to warrant completing a tax return has found themselves left in the lurch.

By contrast, employers have a lot to gain by refusing to recognise workers as employees. It makes it easier to fire workers and deepens the power imbalance between bosses and workers. There’s money to be saved, too: “By making a worker bogusly self-employed, the real employer avoids paying employees national insurance contributions of 13.8 per cent,” the Unite spokesperson explains. And this is to everybody’s detriment: according to Citizens Advice, bogus self-employment costs the government an estimated £314m a year in lost tax and employer national insurance contributions. Plus, as it’s difficult to assess how many of the UK’s 4.3 million self-employed workers are bogusly self-employed, it’s possible that the real figure is higher.

Anna*, a 20-year-old student in Leeds, works in a front-of-house role in the hospitality industry. Like Megan, she did not initially realise that she would not be afforded ‘employee’ status by the company she worked for. “I only realised I was bogusly self-employed when they made me register as self-employed. But I work exclusively for them – I’m not self-employed.”

“The lack of holiday and sick pay is ridiculous and I have no security whatsoever. My boss is horrible to me and she knows that she can get away with doing that because I can’t really do anything. I have no power,” she continues. “I don’t have a contract so they can just abuse me, like text me the night before a shift and tell me to go in to work in the morning. It’s really scary being 20 with no money – I don’t have a choice, I have to do it.”

It’s unproductive to regard workers as ‘lucky’ to have a job, but it’s unfortunately true, especially if you’re under 25: the youth unemployment rate between May and July 2021 stood at 12.9 per cent. The scarcity of secure, good work means that people like Anna can’t just quit and bank on simply finding another job. As author Amelia Horgan puts it in her book Lost in Work: “we, almost always, need a job more than a job needs us”.

This is certainly the case for Anna, who believes that the company she works for is well aware of this, too. “They know exactly what they’re doing. They know that we’re really desperate and in need of money and we will take any job that comes our way,” she says. “I come from a single parent household, I’m on the maximum bursary and have the maximum loan. I can’t afford to quit.”

According to Dr Sanah Ahsan, a clinical psychologist, bogus self-employment can take a toll on workers’ mental health. “Precarious working conditions create a culture of disposability and worthlessness,” they say. “In unstable working conditions with a lack of security, it is incredibly challenging to feel control over your life or to plan for the future, particularly in a life-threatening pandemic. [Workers] are bound to experience heightened states of distress, threat detection and anxiety, which is a completely understandable survival response to madness-inducing conditions.”

While the practice of bogus self-employment is technically legal, HMRC has pledged to crack down on businesses who illegally dodge tax in this way. And it’s certainly possible for workers to challenge this unscrupulous practice – as Uber drivers successfully did this year – if being self-employed does not reflect the reality of your working conditions.

However, as a Unite spokesperson explains to Huck, ultimately, enforcement action against bogus self-employment is very weak, which is why so many companies get away with it: “There is a multi-million pound industry in place which indemnifies companies who bogusly self-employ their workers with contracts of engagements being with third parties and not with the actual employer,” they say. “It is extremely difficult to challenge as workers don’t have employment rights.”

Without rights (and time to organise), it is hard for the bogusly self-employed to take legal action against the companies they work for. But it’s not impossible. Thankfully, Megan and her co-workers succeeded in challenging the company they worked for after joining a union. “They actually paid us all what we were owed right before we took them to a tribunal,” she recalls. Megan adds that the union is still in talks with them at the moment and hopes that the company will “change their ways”.

Evidently, successfully challenging a company that exploits its workers can have some material benefits, and Ahsan believes that it can improve workers’ mental health, too. “The best thing we can do to alleviate emotional distress is to collectively address the conditions that are causing us suffering: joining a union and fighting for better conditions is a great way to do that,” they say. “Most importantly, meeting ourselves with compassion, believing we deserve rest, and resisting the temptation to internalise the feelings of disposability and worthlessness these conditions cultivate.”

However, the Unite spokesperson acknowledges that realistically, a tribunal is only going to happen once the bogusly self-employed worker has ceased working for that employer, such as Megan. So where does that leave workers like Anna, who have no choice but to keep working without proper rights?

The feelings of “disposability and worthlessness” that Ahsan mentions are only worsened by workers’ lack of autonomy in a capitalist society. “We are not able to choose how we work,” writes Horgan, and this is particularly true for low-income workers trapped by bogus self-employment, navigating the workspace with the constant threat of immediate dismissal looming over their heads.

Ultimately, if we want to address the problem at the root, we need to start having serious discussions about things like Universal Basic Income or a jobs guarantee to ensure that no worker ever feels trapped in an exploitative  job – and to hang these unscrupulous companies out to dry.

* Name has been changed to protect identity

Linkedin
RELATED ARTICLES
OTHER ARTICLES
Financial turmoil is pushing people who work in the sex industry into more dangerous and desperate situations as a means of survival.
Following the announcement of an 80% hike in the energy price cap from 1st October, crowds gathered outside the offices of energy regulator Ofgem to protest and declare their intention to undertake a payment strike.
The two-day long event returned to London this year, showcasing a spectacular parade, steel bands and Caribbean food.
A 37-year-old woman shares how her abortion led her to become a clinic worker, and the abuse she’s received in that role.
Birdy Chu reflects on documenting the historic moment in which the territory was formally passed back from the UK to China.
A group of young Palestinians have found temporary freedom in the act of parkour, reimagining wreckage and ruins as a series of high-octane playgrounds.