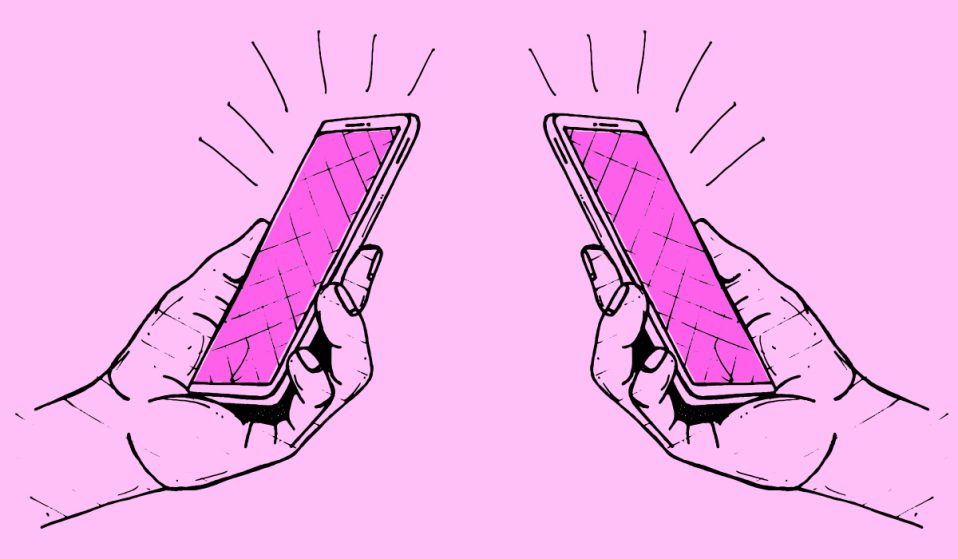 From dropshipping, to digital sex work, to MLMs and BBLs, Symeon Brown speaks to writer Diyora Shadijanova about his new book investigating the murky world of influencing.

Though the concept of ‘influencer marketing’ – where individual or group endorsements help sell a product or an idea – is arguably ancient, some of us are old enough to remember when modern influencing was still in its infancy. With the rapid growth of YouTube and Instagram, the early 2010s saw vloggers like Pewdiepie, Zoella, Tanya Burr, Alfie Deyes and the ‘Brit Crew’ raking it in with sponsored content.

The extent of influencing then amounted to sponsored clothing hauls, product placements and paid-for ‘meet and greet’ conventions. Today, influencer marketing has evolved so much that it’s almost unrecognisable. It has become more widespread and pernicious, as seen by the endless churn of fast-fashion products and dangerous surgeries like the BBL promoted on influencer platforms. Then there’s the precariousness of digital sex work, the non-stop live-streaming for money, the rise of MLMs, dropshipping ventures, forex trading, NFTs, and the pitfalls of influencer activism. The list goes on, and only seems to grow with the increasing economic precarity that has helped fuel the myth of meritocracy at the heart of influencer culture.

With all this in mind, the modern influencer model starts to feel more like a scam or a pyramid scheme than a system rewarding aspiration and ‘hard work’. In his new book, Get Rich or Lie Trying: Ambition and Deceit in the New Influencer Economy (Atlantic Books), journalist and author Symeon Brown gets to the heart of this murky world by analysing the billion-dollar online economy to expose the fraud, worker exploitation, lies and corruption happening behind the screen.

In the face of very few winners in the influencer game, Symeon’s investigation primarily explores the untold stories of the ‘losers’. From Ebeneezer Lembe, a 37-year-old Twitch live-streamer in LA who says he feels “blessed” to make money from being abused online to 21-year-old Elijah Oyefeso, a self-styled ‘trader’ who was found guilty of driving his car into a friend he owed money to, the author meets all sorts of individuals trapped in the influencer economy.

To mark Get Rich or Lie Trying’s release, I sat down with Symeon to discuss the pitfalls of social-media activism, why online scams have become so widespread and where influencing goes from here.

What was the story that stood out to you the most?

When I flew out to LA, there were so many stories that I didn’t know I would hear. The story of Ebeneezer (Ebz) – a very much down-and-out, working-class Black migrant who has been living on Skid Row – stood out to me. He had managed to go from being an Uber driver to being a live streamer at the lower end of the influencer economy. And when I sat down with him, that’s when he began to reveal the extent to which his story was about digital labour and labour exploitation.

It was a story of modern work, of who has power and who doesn’t. He was effectively earning a living by being racially abused and being cool with that… that was something I had never read.

What shocked me the most with that story was Ebz thinking he was ‘freer as a person’ being racially abused while live-streaming than doing a regular 9-to-5, all because live-streaming allowed him to be ‘his own boss’.

That was one of the prominent ideologies that I was keen to embrace and investigate. There is this huge sense, amongst generations post-Thatcher and those who grew up in the Blair age, where entrepreneurs are exalted like rockstars. Think of Elon Musk or Richard Branson. Despite some of their behaviour being questionable, these people are elevated to such an extent that it is even seen or heralded as something that is ‘superior’ to work and collectivism. It’s this idea that the individual and being self-made is the be-all and end-all. But of course, we know that being self-made is a myth.

There is enormous pressure on people to be wealthy by any means – especially young men from minoritised backgrounds. If you don’t come from much and feel like the system is rigged, the internet is a perfect way to do that; it’s the perfect invention, especially social media. It enables you to create a mirage, create fiction, and there are incentives to do that. And sometimes, I think the incentives of misrepresentation can escalate into full-scale deceit – as you see with Anna Delvey.

In other cases, fraud is like an industry; so if you’re looking at some of the scammers in Nigeria, they go into the office to commit wire fraud like it’s a regular job… they are in a part of the world where there is extreme inequality, and you can only make it with certain connections and corruption is rife, so this is just what you do.

And then you think about how the rules [on social media] operate like a pyramid scheme. Even the rules of clout, how you grow a social media following by associating with people with more followers, your views, and how that’s supposed to create a trickle-down effect in terms of your followers.

This logic being so standard online is one of the things that I think has encouraged the boom and the normalisation of fraud. Even in my book, when I interviewed one of the dropshippers, he was very aware that a big part of dropshipping is less about building a business operation that works and delivers for your consumers, but it’s more about driving sales, regardless of the product arrived at, being aware of the pitfalls, and being less interested in solving them.

How do you think social-media activism and what you refer to as ‘clout-rage’ has shaped and perhaps changed people’s approaches to activism in real life?

I don’t think it’s controversial to say that for many people, activism is sharing a link, and that’s it. It’s about them as a voice. In reality, they’re creating content and reducing politics to content, and in many cases, that can be pretty de-politicising.

So I think that much of activism requires things like coalition building, trying to build consensus; it involves a sense of nuance, knowing where your opponents are coming from, trying to strike a balance, or trying to find other people who feel the same way. It’s about hard work, lobbying, finding people who make it feasible. It’s about all of these things. And yet many influencer activists are not engaging in any of that. It’s unuseful to them because that’s not what the algorithm rewards.

Some people would say that they are ‘reclaiming’ social media by not appealing to influencer standards. We’ve also seen the demise of the ‘Instagram aesthetic’, where people post photo dumps and blurry images, as though they’re not even trying too hard. Do you think it’s possible to subvert these platforms?

These platforms have particular demands and are driven by profit motives and incentives – that’s what they’re designed to do. So those things are supposed to impact our behaviour. I think for people for whom being online is directly their job, for people who are in the more advanced stage of their influencer life – they have become like companies. And I guess we’re in an age now where brands are trying to act like people and people are trying to act like brands. So I don’t see how anything like that can be an escape, to be honest with you, but I’m open to being persuaded otherwise.

You stated in another interview that the influencer bubble is nowhere near bursting. If this is the beginning, what more do you think we can expect in the future?

Many young people are already saying they ‘want to do social’ when they get older. [I’m interested in] what they expect that to mean and the norms of that because we are already seeing private companies trying to take a stake in people’s social media accounts. For example, we might see more companies like YouTube investing in people and taking ownership of people’s digital lives. I read of a YouTuber who said to a girl, ‘do you want to be my girlfriend because I’m famous and therefore you will grow a social media following?’, and I think transactional relations like that will grow in frequency.

I see a world in which we expect to monetise more and more things than we do and more parts of our lives. I can see these marketplace ideas becoming more ingrained into our lives, even when we think we’re being radical. When everything we do needs to be monetised, everything we do requires payment, everything needs to be a form of money or enrichment; it’s like – where is the space for arbitrary joy?

For me, it’s about how these ideas will continue to grow and all the different ways new apps will look to harness that. I can imagine one day that there is an app that will monitor which of your friends asks for help the most. Then it aggregates like: ‘Ok, these friends here ask your help the most and therefore these relationships are unbalanced, and therefore you need to see how you allocate your time’. It sounds like something out of Black Mirror, but much of what was in Black Mirror is already present today.

This interview has been edited for clarity and length.

Get Rich or Lie Trying is available to purchase now.

Linkedin
RELATED ARTICLES
OTHER ARTICLES
Whether it was seacoalers in Northumberland or the miners’ strike, the photographer was always fully immersed in the story he sought to capture.
The photographer reflects on a decade which saw the rise of MTV and the flourishing of new genres.
Following the release of their third album, the duo talk collaboration, family and connecting with the dead.
A centuries-old tradition is offering families a way to honour the deceased, reports Arbab Ali.
The campaigning charity are on a mission to increase inclusion, participation and representation of Black people in trail running.
The hate Just Stop Oil faced after throwing soup over a Van Gough painting has been immense. Here, they explain why it won’t deter them.