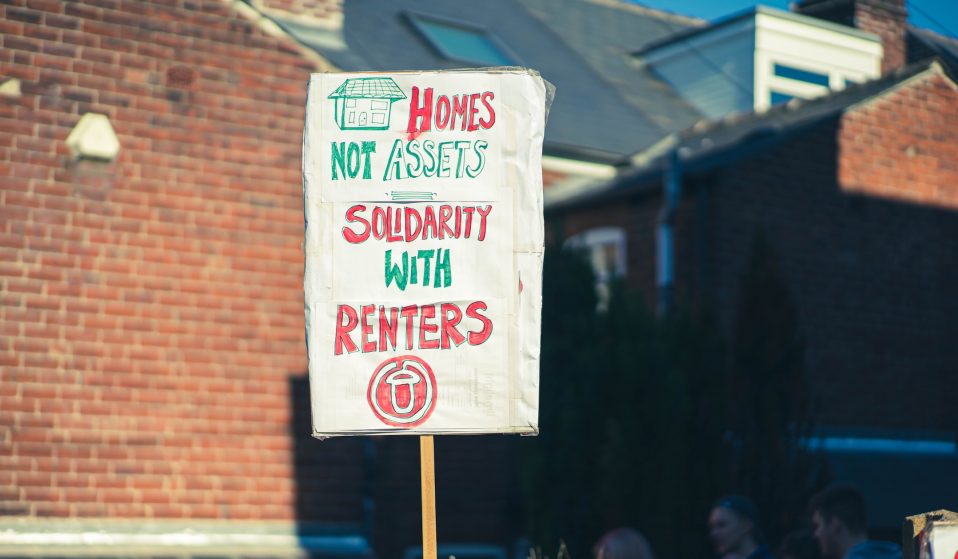 Students are being left to languish in unsafe housing, in some cases leading to serious health complications.

Students are being left to languish in unsafe housing, leading to serious health complications and in some cases hospitalisation, reports Niall Hignett.

When Kimi*, a 20-year-old student from Sheffield Hallam University, signed up to live in private accommodation during her second year of university, she could not have known that it would result in serious health complications. “When I moved in, I kept getting colds, which I thought was just freshers’ flu,” she says. “It then got worse, and each bout started to progress to what I thought at the time was laryngitis.”

While unaware at the time, Kimi was suffering from lung damage due to prolonged exposure to damp and mould in her university housing. “Every week or two, I was going to the doctors, because it just wouldn’t shift,” she recalls. “In that time, I got prescribed steroids, inhalers, antibiotics, and spent about £100 purely on prescriptions and tests because they didn’t know the issue.” When the doctors realised she was suffering from mould poisoning, she was eventually referred to a hospital specialist to treat her lungs. She was left with little choice but to move out.

Kimi isn’t the only student who has faced health complications due to poor conditions in student housing. Last year, Louise Leslie, a student at the University of Leicester, ran a rent strike campaign after taking three trips to hospital over blotches on her skin which she believes were caused by mould in her accommodation. She told reporters at the time that she was “disgusted” by the accommodation, which doctors condemned and recommended she leave.

According to NHS England, damp and mould increases the chances of “respiratory problems, respiratory infections, allergies or asthma”. They add that “it can also affect the immune system”, making renters who face this generally more susceptible to illness.

These health risks aren’t just a problem in student accommodation, but the wider housing market. In fact, poor housing is harming the health of one in five renters in England, with mould, damp and cold the main triggers of sickness, a major survey by the housing charity Shelter has shown. However, students are often particularly vulnerable to bad housing. According to 2021 research, an overwhelming 83 per cent of students have lived in accommodation that could be considered ‘unfit for habitation’ under the Homes Act 2018.

Research by the National Union of Students (NUS) found that of the students that rent their homes, 42 per cent lived with damp and mould growing on their walls and ceilings. One in five students share their homes with mice, rats, slugs or other pests. Even more alarmingly, 16 per cent of students reported that there were electrical hazards in their home, and a further nine per cent reported an issue with gas safety, despite it being illegal to rent out a property in this condition.

“Each year, the student housing market sees a really short period, usually in the first term, where students are rushing to sign contracts to secure a home for the following year,” an NUS spokesperson tells Huck. “This manufactured surge in demand, also known as ‘pressure selling’, understandably creates panic among students and this of course benefits landlords as corner cutting becomes much easier. This, combined with students often being unclear of their rights as renters, creates a situation where students are really vulnerable to poor quality housing.”

This power imbalance and general lack of protection means that students who raise the alarm about dangerous housing to their landlords are often shut down. When Kimi reported the issues to their landlord in March, she became defensive. “[The landlord] said I was lying and after me bugging her for ages, she eventually said she’d get a damp man out.” However, the repairs to the property were never completed. Kimi ended up spending over £1,000 in rental costs for a house unfit for human habitation.

Not all students have the financial agency to move out of unfit housing. Ryan*, age 22, says that their accommodation has black mould and damp, with the issue never being solved – despite complaints to the landlord. This has resulted in treatment for sinusitis – an infection which causes swollen sinuses. It often requires strong antibiotics to treat and can lead to hospitalisation in severe cases.

With no respite from the infection causing mould, Ryan has had to seek medical attention numerous times to treat the recurring infection. This was paired with a rat infestation in the squalid accommodation. Understandably, Ryan fears these conditions will lead to an illness more complex to treat.

Mould isn’t the only driver of poor health in university accommodation. Jade Holt, a first-year Chinese studies student at Durham University, moved into her home to find it had not been cleaned since the previous tenants had lived there. “My experience moving into my new student accommodation was awful,” Jade tells Huck, “the house was left in a mess and was covered in dust which I am highly allergic to.”

Jade tells Huck that her skin suffered a severe allergic reaction. This started with blotches appearing on her arm, followed by shortness of breath. “I was in the house for an hour just looking around at all the damage and the extortionate amount of dust that was around the house,” she says. “Within just one hour of exposure, the dust led me to have an allergic reaction, which worsened during the night as I went home. I was coughing throughout the evening, and struggled to breathe. My dad had to call 111.”

Jade was given an emergency appointment at her local hospital. “I had to go see the doctors and they put me on an inhaler to use to control my breathing,” she recalls. “It’s unacceptable and a really big health hazard. Something has to be done about this for future students moving into their new house, as no one deserves to go through what I had to go through.”

She later sought remedial action, contacting the letting agent and requesting her house be cleaned. “I contacted the estate agents immediately as I couldn’t live there,” she recalls. The estate agent said that professional cleaners would be there in the next two days to clean the property, but this promise was not kept.

The ongoing fiasco has also impacted Jade’s mental health. “I was really worried about my health; it made me really anxious,” she says. It’s a well-established fact that poor housing makes people both physically and psychologically sick. According to a report from Shelter, one in five adults faces mental health issues as a result of poor housing. Among students, this number appears to be even higher: NUS research has shown that over a third of students reported that the state of the rented property left them feeling anxious or depressed.

Polly Neate, Chief Executive of Shelter, told Huck: “Going to university may be the first time many students are exposed to the wild west of private renting. Unfortunately, it’s not uncommon for students to end up living in cold, mouldy or dangerous homes, where they feel powerless to challenge cowboy landlords for fear they’ll be kicked out in the middle of their studies.

“Private renting has been unfair and unsafe for too long,” continues Neate. “The government says it will make renting better by introducing a Renters’ Reform Bill, which will scrap no-fault evictions, so landlords can’t kick people out for complaining, and bring in a property portal so tenants can check their landlord is decent. Whoever becomes the next Prime Minister must urgently make this Bill a reality.”

An NUS spokesperson tells Huck: “Our research shows that housing is the number one cost pressure on students right now – and we’re worried that it’s only going to get worse if the government doesn’t step in with long-term solutions.

It’s deeply saddening to see students not only out of pocket but made ill by their housing. No one should have to live like this: we need rent caps and regulation to ensure high-quality housing is available for all, right now.”

As a generation is left to languish in unsafe accommodation, clearly, universities and the government must step up to rectify our broken housing market. If not, students’ physical and mental health will continue to suffer.

Linkedin
RELATED ARTICLES
OTHER ARTICLES
Thousands attended the annual event this year to wheelie through the city and call for ‘knives down, bikes up’.
The two-day long event returned to London this year, showcasing a spectacular parade, steel bands and Caribbean food.
By turning a real-life crisis into daytime television fodder, TV bosses have once again shown themselves to be completely out of touch with audiences.
The idea that a younger generation is abandoning work has become a popular narrative online, but it doesn’t necessarily reflect reality.
Financial turmoil is pushing people who work in the sex industry into more dangerous and desperate situations as a means of survival.
For over a decade, gamblers have won big by employing people to place live bets from the court. But does this dubious method still work?