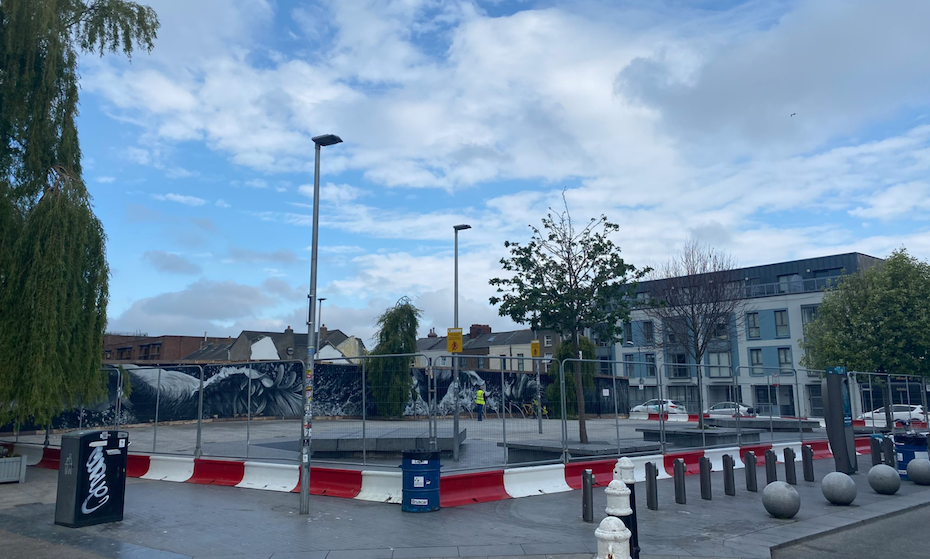 The attacks on outdoor space disproportionately harm the city’s youth, who are facing exorbitant rent prices and already have few places to go.

The Irish Government’s attacks on outdoor space are disproportionately harming the city’s youth, who face exorbitant rent prices and already have very few places to go.

How do you have an outdoor summer when you’re restricted from outside spaces? This is the question at the centre of the tension which is developing between Dublin youth and the Irish establishment over public socialising. The Irish government has urged the public to have an ‘outdoors summer’ due to ongoing Covid-19 restrictions, however, young people using public spaces to see their friends have been faced with backlash.

Popular public spaces such as the Portobello Plaza and South William Street have become central battlegrounds in the debate. Portobello Plaza, a relatively small square of paved land, situated yards away from the Grand Canal, was met with a three-week closure as decided by Dublin City Council in response to local residents’ complaints of anti-social behaviour. Similarly, South William Street, a popular pre-pandemic hospitality area in the centre of the city, has experienced vastly increased police presence and hostility from a public that sees gatherings here of young people each weekend as a form of anti-social behaviour.

While both locations have undoubtedly experienced incidents of foolish behaviour, these scenarios have sparked a wider discussion around what an ‘outdoor summer’ can look like for people who don’t have access to private outdoor space. Particularly in a city with continually skyrocketing rent prices and where co-living developments are an ever-looming prospect.

Portobello Plaza being closed off for the weekend pic.twitter.com/VvTCw6lIQN

Dublin Lord Mayor, Hazel Chu, was outspoken in her opposition to the council’s decision to close Portobello Plaza. She believes the council should play a more proactive role in counteracting anti-social behaviour through the provision of increased facilities in the area, such as bins and toilets. “We need to balance the comfort, safety and homes for people, for the residents,” says Chu. “But equally, we need to make sure that we have open public spaces.”

It’s hard to not see the public spaces debate as indicative of a wider problem for young Dubliners – one that doesn’t stop with a few extra bins. That a space as small as Portobello Plaza would cause such conflict and draw such a large number of social gatherings is almost laughable, but space is hard to come by in Dublin for a generation of young people who are effectively locked out of the housing market.

An ‘outdoor summer’ may be fine for middle-class families who can bring friends over to their back garden, or for the likes of former Taoiseach Leo Varadkar, who was spotted drinking in the park with friends last summer. But for everybody else, public spaces are a much-needed respite from long working hours, overpriced rent and overcrowded apartments. “It’s especially hard for younger generations who have to work really hard to pay the rent, and then have no living space outdoors,” says Chu.

For Brigid Purcell, a young activist representing the socialist party People Before Profit in Dublin, the battle for public space is the latest incident in a long list of government actions that show they care little for the young residents of the city. “The Government has made it pretty clear that they believe that Dublin is a city to do business in, or as a city to visit as a tourist: they don’t really care about the people who have to live there,” Purcell says.

“You can see that with their closure of public spaces, which has caused everybody to move into South William Street and given the Gardai the chance to pretend they had the reasons necessary to attack a bunch of teenagers.” Purcell is referring to video footage circulating which shows the Gardai baton charging at youths drinking on the street – a startling display of unnecessary police violence.

“There was no baton charging when the far-right were physically assaulting people, and the Gardai just watched and let it happen,” notes Purcell. “It was the same thing with the anti-mask protests. Those were huge gatherings where people weren’t social distancing, which is one of the excuses they’re using for breaking up people socialising now. I think that this is going to be a larger feature when we are opening up more after the restrictions. I don’t think the powers of the Gardai are going away.”

The double standards at play call into question the motivations and powers of Dublin City Council and the Irish government. Punitively removing access to a public space based on the whims of a handful of residents and a council that is lacking in transparency should concern us all. Who has the right to ownership over public spaces if not the public themselves, and why are young people excluded and vilified in these discussions, when so many of Ireland’s young people spent the pandemic working on the frontline and keeping essential services going? 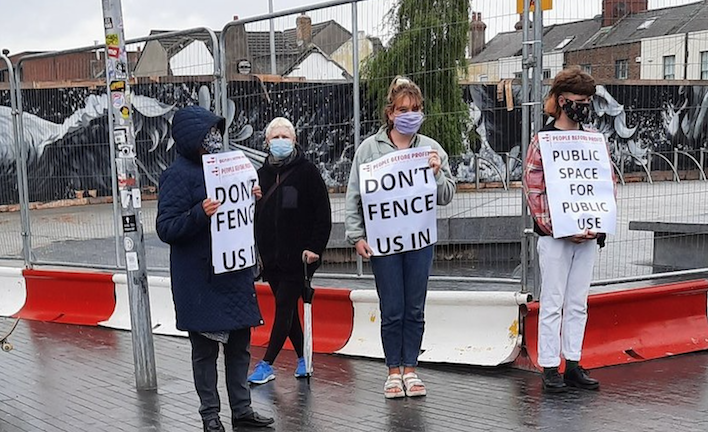 “We’re at a breaking point. All of these social and public spaces have just been corroded and mismanaged for so long,” says Dublin DJ, Robbie Kitt. Kitt is an organiser for Give Us The Night, an activist group that have spent the last few years lobbying the Government for increased nightlife spending and improved social spaces. Kitt sees the disinterest in well organised, accessible public spaces as an outcome of government policy that values reaching measurable economic growth above developing a country that puts its peoples’ needs first.

Kitt is concerned about the harms that come with a lack of social spaces. “Not being able to form those connections with other people your same age is such an isolating thing to have to go through. It means that you really don’t have any emotional connection to [Dublin] and will be tempted to leave. It’s going to accelerate emigration and maybe some people will come back but it’ll be a huge drain on our communities.”

He also sees that social disconnect as something that will lead to increased anti-social behaviour, meaning the Government will only worsen the problem it purports to want to solve. “More frequently, people aren’t given the opportunity to gather and socialise in positive ways around communities, shared interests, expression, music or something positive. This leads to a social malaise and disinterest in respecting the city around you.”

The controversy hitting Irish news feeds in response to young people socialising over the weekend may seem like the teething problems of a state adjusting to the Covid climate. But, in reality, it is indicative of a much broader issue of a government that doesn’t provide for the needs of its youth.

When the council could be providing improved facilities, event management and access to affordable social outlets, they choose to stay quiet. Rather than proactively supporting and encouraging positive socialising, they shift the blame onto the youth when unmanaged, unsupported social gatherings inevitably end in chaos. To older generations, being able to see friends and have some fun may seem frivolous and unimportant, but to young people struggling to make ends meet, having fun may be all they’ve got.

Linkedin
RELATED ARTICLES
OTHER ARTICLES
Photographer Arthur Grace recalls travelling through the Soviet Bloc and finding ways to evade the surveillance of his work.
LGBTQ+ students are keeping the spirit of the original Pride alive by fighting for liberation for everyone, not just their community.
The last few years have seen an increase in LGBTQ-led initiatives to feed the hungry, with many finding ways to stay afloat despite the challenges.
With inflation now at a 40-year-high of 9 per cent, demonstrations organised by TUC took place to demand action from the government.
Whether it's partygate, the climate crisis or the spiralling cost of living, the fightback begins on the picket lines writes Tommy Vickerstaff
For decades, an area of East London has served as a community hub for Vietnamese people looking for a taste of home.