News & Politics / How Gypsies were left behind amid the pandemic 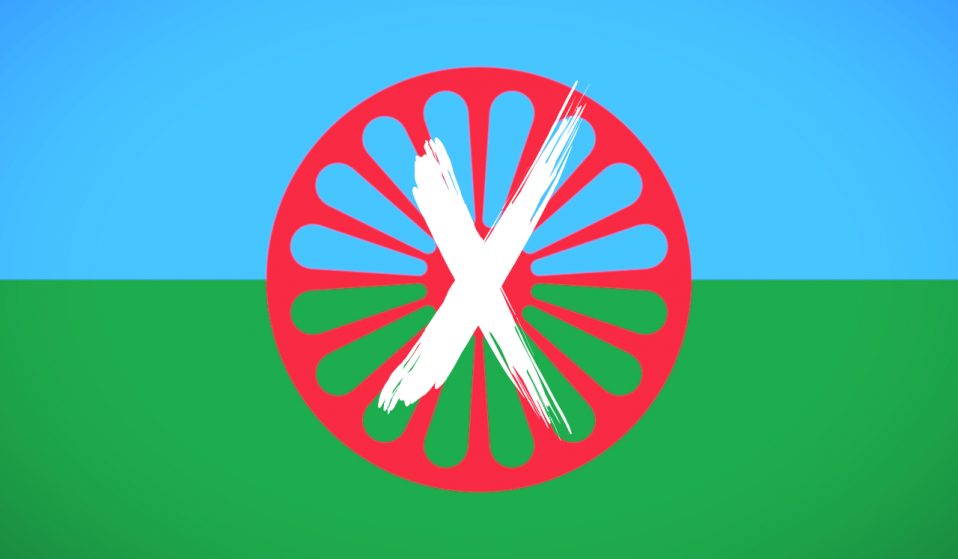 Gypsy, Roma and Traveller communities are some of the most marginalised groups in the UK. As Covid-19 exacerbates the inequalities they face even further, many are now at breaking point.

Gypsy, Roma and Traveller communities are some of the most marginalised groups in the UK. As Covid-19 exacerbates the inequalities they face even further across everything from living conditions to education, many are now at breaking point.

The intersectional nature of ethnicity, race, income disparities and health outcomes has meant that certain groups are disproportionately impacted by Covid-19. A group hardest hit by the virus, and one that has typically been ignored, are the Gypsy, Roma and Traveller (GRT) communities. These communities have long been some of the most marginalised in society, with every EU state having anti-Gypsy laws at some point over time. In the British context, the Conservative party’s 2019 Manifesto promised to criminalise trespass and give police new powers to seize the property of Travellers who set up unauthorised camps.

Last week, the Traveller Times released a statement condemning the government’s new police and crime bill, which sets out to make “intentional trespass with vehicles involved” a criminal offence, warning that it could potentially “wipe out the Travelling way of life”. The government have refused to provide details of the bill to GRT organisations, but revealed to The Telegraph the penalty will include seizure of vehicles and/or a £2,500 fine and/or three months in prison.

There is a long history of criminalisation of GRT communities in the UK, with some of the first deportation charter flights in 2003 targeting Romani women specifically. The increasingly hostile landscape has led to the minoritisation of GRT communities, with exclusionary policy and media attacks only heightening inequalities. Covid-19 has served to further entrench those inequalities, with many now at breaking point.

Social distancing has proven a huge challenge for many travelling communities. The lack of provision of decent housing and sites with clean water and electricity sources plays a significant part in this. In the UK there are over 1,600 households on waiting lists for pitches on traveller sites and only 13 permanent sites across the UK. Discriminatory housing policies and Anti-Traveller injunctions have meant sites are often located near motorways, dumps and sewage sites, all of which produce a direct negative impact on the health outcomes of GRT communities.

A 2016 report found that 66 per cent of GRT people have bad, very bad or poor health, with around half experiencing asthma, likely linked to poor air quality on Traveller sites. With around 3000 families living roadside lacking access to water and sanitation, the failure to provide permanent and sufficient Traveller sites from local authorities has put these individuals at disproportionately higher risk of coronavirus infection.

The UN cites adequate housing as one of the universally most basic human needs. Living conditions are recognised as a social determinant of health, but the ability of people to manifest decent health outcomes is dependent on their circumstance. In a pandemic which requires vigilant sanitation practice and social distancing, decent living conditions can be a matter of life or death.

“The lack of transit sites available for nomadic people means they have to seek rental accommodation during the pandemic, but they are continually refused housing by racist landlords,” says Luke, a Romany Gypsy and member of Labour GRT. “Due to overcrowding, the virus has spread within sites like wildfire. Despite societal misconceptions, as a community, we are culturally hyper-aware of viruses and germs, but despite our compliance with guidelines, indecent living conditions have compromised our health.”

One of the scariest things about this pandemic for us, that has especially made the criminalisation of trespass so insidious at this time is that many nomadic families have tried to seek shelter during Covid in rental accommodation and have been refused by racist landlords. 1/2

Another looming concern from grassroots organisations working with GRT communities has been the lack of financial support throughout the pandemic. Over the course of the last year, unemployment has risen and living costs have increased for low-income households in the UK, despite incomes falling fastest for these individuals.

The precarious nature of employment for GRT households due to high numbers of self-employment and zero-hour contracts has worsened the impact of the pandemic. Mihai, a policy worker from Roma Support Group, shared his concerns with Huck: “Roma people have been overexposed to the virus from working in key areas, such as the food industry, delivery, construction and agriculture, and being asked to work more hours compared to pre-pandemic times,” he says.

“Many of those who lost their job found themselves not being able to access the Government support due to digital exclusion, lack of access to information and in some cases, wrong decisions by the Department for Work and Pensions staff,” continues Mihai. “This has resulted in significant rates of infections at the beginning of the pandemic and made people even more vulnerable.”

As schools have shifted online during the pandemic, digital exclusion caused by poverty alongside low levels of education in GRT parents has reinforced educational exclusion. Research conducted by Friends Families and Travellers conducted in 2018 found that one in five Gypsy and Traveller participants do not feel confident using technology without guidance and 38 per cent of Gypsies and Travellers have access to the internet, in contrast to 86 per cent of the general population.  A scheme from the Department for Education providing laptops and tablets for disadvantaged children was recently introduced, however, this scheme can only be applied for via a child’s respective school, with many local authorities and schools lacking a record of travelling families.

“Most children from our community have been unable to continue their education from home; the lack of parental education and some parents not knowing the language has made it impossible for them to educate their children in this period,” explains Community Advisor Marius Banceanu.“There is a huge need for interpretation and delivery of information to the Roma community so that our community is not excluded and we are aware of new government legislation.”

Roma Support Group reached out to 21 local authorities and had a response from less than a fifth, demonstrating a clear lack of specific policy tools for some of the most vulnerable members of our society. These grassroots efforts further expose the absence of strategic engagement from not only national government but also local government, which have demonstrated an unwillingness to provide appropriate and necessary outreach support for these groups.

Speaking to Huck, barrister Marc Willers QC explains that shortly after the first lockdown was announced,  he was contacted by some of his existing Gypsy and Traveller clients who were being threatened with eviction from unauthorised encampments by local authorities. This was, he says, “despite the fact that they had nowhere else to go, and would breach the government’s lockdown if they were forced back onto the road, putting their health and that of others at risk”.

“The very fact that the government had not placed a moratorium on such evictions seemed absurd and discriminatory and demonstrates the government failure to protect GRT communities,” adds Willers.

Exclusion from mainstream society due to cultural differences have long been an issue facing GRT communities, and with nomadic groups being further minoritised, many have been left behind. GRT communities are being pressured to either assimilate or be further pushed to the margins of society. The erasure of these diverse communities has arisen out of a lack of engagement, entrenched racism and the rise of xenophobia has reinforced their marginalisation.

It’s a very real danger felt across the community. “While we are all in the same storm, we are not all in the same boat. Education and healthcare have often been delivered in ways that are disadvantageous to Gypsy, Roma and Traveller people during the pandemic,” says a spokesperson from Friends, Families and Travellers. “If left unchecked, we are deeply concerned that the Covid-19 pandemic will worsen pre-existing and severe inequalities experienced by GRT. The Government must deliver on its 2019 promise of a national strategy to tackle these inequalities.”

Linkedin
RELATED ARTICLES
OTHER ARTICLES
Finland-born photographer Sirkka-Liisa Konttinen looks back on her decades-long documentation of life in Northern England.
Over the years, a swimming hole in a city park has evolved into a magnetic meeting place for Philadelphians – a hideaway where people can connect with the natural landscape, and each other.
With inflation now at a 40-year-high of 9 per cent, demonstrations organised by TUC took place to demand action from the government.
Whether it's partygate, the climate crisis or the spiralling cost of living, the fightback begins on the picket lines writes Tommy Vickerstaff
Photographer David Hoffman recalls documenting the extreme wealth inequality around Tower Hamlets and Hackney int the 1980s.
A new edition of a seminal book brings together iconic images of the band onstage in their full glory and backstage in moments of unguarded camaraderie.