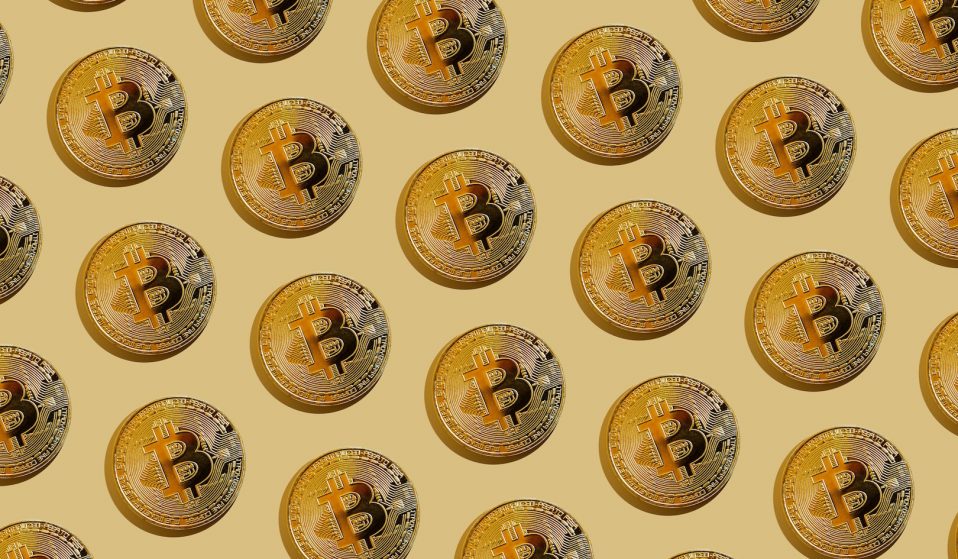 Increasingly, the super wealthy are capitalising on the NFT boom to support charitable causes – but who is really benefitting?

Increasingly, the super wealthy are capitalising on the NFT boom to support charitable causes. But this could end up fuelling many of the existing issues with philanthropy, as well as presenting charities with a host of new problems.

The first ever Tweet, published on 21 March 2006, was “just setting up my twttr”. Fifteen years later, in March 2021, this piece of internet paraphernalia with no apparent value sold for almost three million dollars.

The buyer, Malaysian businessman Sina Estavi, now owns this intangible relic of the early days of social media as an NFT (non-fungible token): a unique digital certificate of ownership that represents objects like memes, songs, artworks, and more. NFTs are bought and sold on digital marketplaces with all kinds of cryptocurrencies and are stored on a list of recorded digital transactions known as a blockchain. They cannot be duplicated, and derive their value from their rarity, essentially acting as a collector’s item.

Following in the footsteps of their tangible artwork counterparts sold at auction, these digital tokens are increasingly used in charitable giving. Twitter CEO Jack Dorsey donated the proceeds of the NFT sale to Estavi to GiveDirectly, a non-profit organisation that sends money to people across the world living in poverty. And he’s not the first to leverage this new technology for philanthropic purposes.

In the past few months, celebrities, artists, and other wealthy donors have taken part in the NFT boom to support good causes, either by donating the proceeds of NFT auctions – which come in crypto format, rather than regular currency – to charities, or gifting NFTs directly to nonprofits. Lindsey Lohan donated the proceeds of her NFT sale to Save the Children, while digital artist Mike Winkelmann auctioned off a piece worth $6 million for the Open Earth Foundation.

This surge in the use of NFTs in fundraising is raising questions about how this new technology is fuelling existing issues associated with philanthropy, which has been proven to benefit the wealthy through tax deductions, shape policy priorities to reflect the interests of a small powerful group, and focus disproportionately on the symptoms rather than the causes of societal issues.

Firstly, NFT fundraising allows donors to obtain massive tax breaks. In US tax law, under which most of these sales currently occur, “a donor can enjoy a substantial tax benefit if they donate an NFT or crypto directly, rather than selling the NFT or crypto and then sending the cash,” explains Jeremy T. Coffey, a US-based attorney specialised in tax law who has written about charitable giving through NFTs.

That’s because if a wealthy donor holds an asset such as an NFT that has gone up in value since they’ve acquired it, selling it means they have to recognise the “gain” they’ve made. But if they donate it, they get the double benefit of not having to recognise the rise in value of such assets while still getting the tax deduction. This tax benefit of crypto donations applies under most jurisdictions in the world, including the UK.

Not only does this system allow rich donors to eschew their responsibility of giving back their wealth to society through taxes, but the volatility of NFT assets also means that charities may get hurt in the process, too. In May, co-founder of the cryptocurrency Ethereum, Vitalik Buterin, donated $1.5 billion in cryptocurrency to a Covid-19 relief fund in India, including $1 billion in a meme digital currency called ‘Shiba Inu’ coin. As is customary in the unstable world of crypto, the meme asset’s value dropped sharply right after the donation. Through no fault of Buterin, the charity ended up with much less money as a result, and then had to convert cryptocurrency into cash by small amounts to avoid the coin’s value depreciating even further.

“There are big tax incentives for people who are holding crypto assets, which have gone way up in value, to donate them. But then all you’re doing is transferring the risks to charity,” explains Brian Mittendorf, professor of accounting at Ohio State University. “There’s a chance that those volatile assets are suddenly going to go way up. But there’s also the chance that all that value dissipates before the money can be put into use.”

“Some would say that extremely wealthy donors getting a huge tax deduction for donating assets is acceptable from a societal standpoint, because of how much it’s going to help society through charity,” he adds. “But when what’s being given are these volatile assets, we’re just not sure what ultimately gets to charity. Is that trade off worth it?”

Donating a volatile asset that may crash in value doesn’t carry any consequences for wealthy donors, but it does leave both the government with lesser tax revenue to put towards social programmes and charities with fewer resources to conduct their activities, undermining the very purpose of wealth distribution by taking money away from those in need.

Even if the crypto assets don’t suddenly drop in value, there is another risk: the donation may take a long time to reach charities’ bank accounts. That is due to the rise of “donor-advised funds”. Donor-advised funds – such as Fidelity Charitable, Schwab Charitable, and Vanguard Charitable – act as intermediaries between donors and charities. They convert wealthy donors’ crypto assets into cash, allow them to get the tax deduction, and send the money to the nonprofit of their choice.

According to Mittendorf, those middlemen may delay the arrival of funds in charities’ coffers. “If I were to make a donation to let’s say, Fidelity Charitable, I’d get the tax deduction when it’s given to that intermediary. But there’s no requirement about when it actually needs to go to a charity, so it can sit in that Fidelity account, theoretically indefinitely,” Mittendorf explains.

NFT fundraising does come with some benefits for charities. Blockchain, the technology that underpins crypto and NFT marketplaces, makes donations completely transparent and traceable, increasing donor’s trust in charities, and therefore their generosity.

Noora Health, a nonprofit that teaches caregiving skills to families of at-risk patients, jumped on the NFT craze ahead of everyone else and experienced this generosity first-hand. They created an NFT titled ‘Save Thousands of Lives’, which was sold at auction for $4.5 million to billionaire entrepreneur Paul Graham. Although this NFT auction was more of a one-off experiment for Noora Health, rather than a first step towards a crypto-centric fundraising strategy, founder Edith Elliott and development manager Will Funk are enthusiastic about the potential of NFTs. “They allow easy access for those with crypto wealth to pass that wealth onto nonprofits,” they wrote in an email. “It also gives nonprofits access to a group of donors they might otherwise not have the opportunity to meet.”

However, we should be wary of those kinds of extraordinary crypto fortunes that Funk and Elliott speak positively of, and believe could be harnessed to the benefit of nonprofits. The issue with such unbridled wealth is the power it comes with, which allows those who possess it to determine societal priorities and prescribe resource allocation. Indeed, philanthropy tends to reflect the interests of the wealthy rather than those of society as a whole – a problem that NFT fundraising exacerbates. The whims of crypto-billionaires, which dictate the causes they decide to support, sometimes appear very far removed from the concerns of everyday people.

For instance, in May, Vitalik Buterin – who, as mentioned earlier, donated an unstable cryptocurrency to a Covid-19 relief fund – donated $2 million in the cryptocurrency Ethereum to the Methuselah Foundation, which works towards extending the human lifespan through the application of regenerative technologies to slow down the ageing process. Three years prior, he had donated $2.4 million in Ethereum to the SENS Research Foundation, another company that focuses on human life extension.

For Buterin, the donation made sense, and no one is suggesting he was motivated by anything other than altruistic impulses. But for the Silicon Valley tech bros looking to relentlessly self-optimise and defy the laws of nature to reach a state akin to immortality, those pursuits also make sense. For the people whose existence has been shaped by social inequalities and the threat of climate emergency, halting the ageing process might not be as big a priority as ensuring they can even make it to old age.

And even when wealthy donors donate to causes that matter to the average person, those donations tend to address the symptoms of social inequality, not the root causes. “Many of the new generation of big givers come out of a highly entrepreneurial business world, and are disinclined to back groups that challenge how capitalism operates,” writes Paul Vallely in The Guardian.

“They fund projects to feed the hungry, create jobs, build housing and improve services. But all that good work can be wiped out by public spending cuts, predatory lending or exploitative low levels of pay,” he adds.

Crypto billionaires, much like their traditional currency counterparts, prefer to support ventures that emphasise personal responsibility rather than state provision. Paul Graham’s donation to Noora Health – a nonprofit that teaches families how to care for patients – rather than to a group fighting for better healthcare funding, is arguably an example of what critics regard as a surface-level approach to addressing societal issues.

In addition to its limitations in tackling inequalities, NFT fundraising could also contribute to worsening the climate emergency. “Mining” – the mechanism by which most cryptocurrencies are disseminated into the system – requires massive amounts of energy, usually produced with fossil fuels. As Coffey points out: “NFTs and crypto generally have to figure out how to deal with the environmental impact of their activities.”

Coffey and Mittendorf remain cautiously optimistic about the use of NFTs in fundraising, highlighting the benefits of transparency, traceability, and relative ease with which crypto assets can be liquidated. But the concerns they’ve outlined – as well as the wider issues with philanthropy – cannot be dismissed, especially as the list of the wealthiest people on the planet evolves to include more and more crypto billionaires.

A type of philanthropy that is based on assets that can be potentially detrimental to the environment, whose value can plummet overnight, and which can be held indefinitely in a state of limbo, cannot be good for the organisations whose mission is to help those in need. But it has proven to work for rich donors, who get to enjoy generous tax breaks and the power to shape society’s list of priorities without having to commit to tackling the roots of inequality itself – the same roots from which springs their own disproportionate power.

Linkedin
RELATED ARTICLES
OTHER ARTICLES
Thousands attended the annual event this year to wheelie through the city and call for ‘knives down, bikes up’.
For over a decade, gamblers have won big by employing people to place live bets from the court. But does this dubious method still work?
Birdy Chu reflects on documenting the historic moment in which the territory was formally passed back from the UK to China.
A new project is documenting formerly incarcerated people as they transition back into civilian life.
Following the announcement of an 80% hike in the energy price cap from 1st October, crowds gathered outside the offices of energy regulator Ofgem to protest and declare their intention to undertake a payment strike.
Rogue landlords are exploiting young and inexperienced renters and leaving them in mental and financial turmoil, reports Niall Hignett.