News & Politics / How personality tests infiltrated the world of work 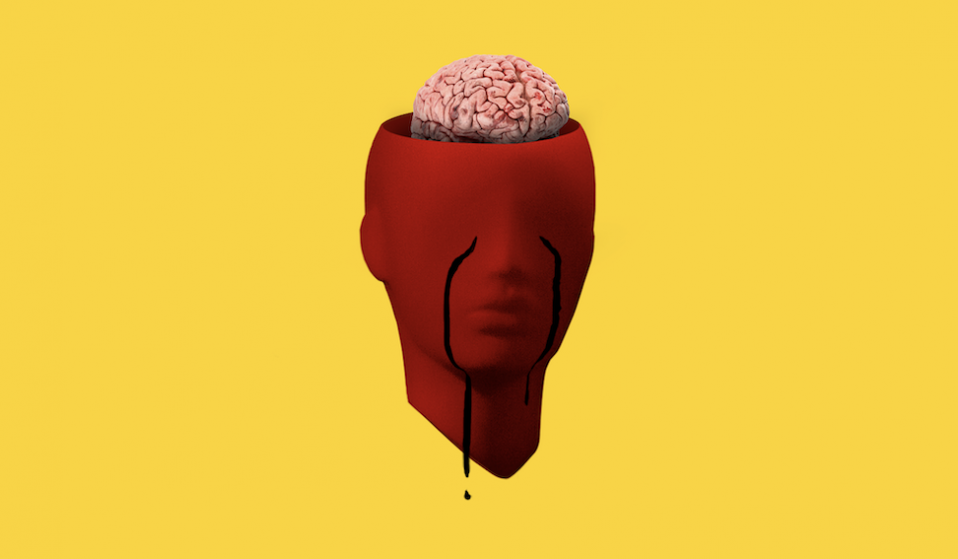 Proponents of personality tests argue that they’re necessary to find the best person for the job – but in practise, they’re often discriminatory.

Proponents of personality tests argue that they’re necessary to find the best person for the job – but in practise, they’re often discriminatory.

Two years ago, Dani* from Edinburgh was working hard applying for jobs in administration, but found herself struggling to get past a specific stage in the application process. Her CV matched up with the required experience, and several employers seemed interested in her to begin with. However, things changed when she got to a certain point – the personality test.

Dani, who is autistic, struggled when asked to complete these assessments, which she was sometimes given without prior warning. “The questions were not even remotely related to the roles and I have found all of them completely irrelevant to being able to do the job,” she says. “But you had to score a certain minimum percentage to be invited for an interview in person.” She estimates that she did around ten personality tests during her job hunt, and believes that they were a barrier to her securing employment.

Although personality tests, or psychometric tests, are nothing new – the ancient Greeks divided personalities into “the four temperaments” – the global personality test industry is now worth over $7 billion, and is expected to rise to over $16 billion by 2028. The most famous personality test, the Meyers-Briggs Type Indicator, was created by a mother-and-daughter duo with no formal psychological training. It was explicitly not intended to be used in the hiring process, but its popularity laid the groundwork for countless personality tests that are now used to vet candidates every day. Companies can buy personality tests from other companies, or devise their own tests in-house.

Unlike technical tests, which evaluate the ability to carry out a specific, relevant skill, personality tests are supposed to determine if a worker will fit into a company’s culture, and how they will respond to their employer’s directions. Candidates are often asked how they would react in imagined situations, or self-report how likely they are to identify with certain character traits.

“There will be nothing you don’t already know about yourself [in the results],” Desirée continues. “We all have blind spots and don’t see ourselves the way that others see us.” Despite this ambiguity, this unregulated industry can wield great power over workers’ futures.

Just took a personality test for employment and they aren't even hiding the fucking ableism.
What kind of question is 'I am capable of love' or 'I can get up in the morning'?
A lot of them really felt like questions to weed out mentally ill folks.

Proponents of personality tests argue that they remove biases from the recruitment process and find the best person for the job, but it seems that they only reward candidates who fit into a very narrow idea of the optimum worker. The lack of space for nuance means that candidates who are neurodivergent, from different cultures, or are experiencing poor mental health could easily be rejected from jobs that they are capable of doing.

Personality tests have also been historically linked to union-busting in the US, with the rise of the ‘union avoidance’ industry beginning in the 1960s and 1970s. Psychological profiling has been used to identify potential union supporters or identify areas where union activity may take place. Although blacklisting workers for union activity is illegal in the UK, it is worth considering how the prevalence of psychometric testing could allow the concept of ‘the good worker’ to blur into ‘the not unionised worker’. Bolstered by the Tory government’s hostility towards unions, and recent anti-union legislation, it seems very possible that this sentiment could, even unconsciously, leak into the recruitment process in the future.

When applying for an IT role in 2021, Jay* was asked to complete a personality test that seemed totally irrelevant to the job. One question asked him to arrange a peculiar collection of items and actions in order of “Best to Worst”. The list included “A lover’s embrace”, “Torturing a person”, “A madman”, “A telephone”, and “Poisoning the city water”.

“It was very bizarre and I don’t understand the logic behind it. It was so off-putting, and I decided that this job, that I would have had to move for, was not worth it,” Jay says. “It felt like the qualifications that I have didn’t matter to them.” Jay decided to withdraw his application and now views personality tests as a red flag in job applications.

Jenny, age 24, has ADHD and struggled to complete a personality test when applying for a sales assistant role in the UK. “I found it stressful, because a lot of the questions obviously wanted a certain type of person, but all the personality qualities they were making you choose between seemed like the right answer to me,” she explains. “I have good reading comprehension, but seeing as this was an entry-level job, I imagine it’d be even harder for people who don’t.”

In the end, Jenny got her boyfriend, who is neurotypical, to fill out the assessment for her and she was invited to an interview. “I think recruiters could do a lot more to help neurodiverse people get into jobs,” she says. “Aside from that, coded words like ‘confident’ and ‘optimistic’ could be exclusive for people with anxiety and depression, who don’t always feel that way. This would mean they’d be excluded if they answered honestly, or expected to lie about their personality to get a job.”

omg I just remembered when a tech place I applied to work made all candidates fill out personality tests + if your result didn’t fall within a certain quotient you weren’t hired. no matter how sick your cv. because, “culture fit”. I didn’t pass lmao. my results were too “driven”.

Jay shares Jenny’s concerns about the potential for personality tests to be discriminatory. “I think that if you’re trying to break into a field or an industry then I think a personality test can kind of lock you out of that,” he says. “You may just not be used to the kind of culture that they’re looking for.”

Being told that you have ‘failed’ based on a personality test can understandably have an adverse effect on an individual’s mental health, making the job-hunting process even more stressful. “They are demeaning, and make me think that I’m actually stupid,” says Dani. “I have left most of these interviews crying as soon as I get outside and feeling emotionally drained, hopeless, demoralised, unwanted and a failure who has let myself and everyone else down time and time again.” Companies in the UK are legally required to provide “reasonable adjustments” for people with additional needs during hiring – they may be offered extra time, screen reading software, or other provisions – but opting out of a personality test entirely is rarely permitted.

Many people find comfort in doing personality tests, and use them as a fun and easy way to think about their own behaviours and characteristics. But they hold great potential for harm when used to decide the fate of a worker who is looking for employment and an income. People are far more complex than a quiz, and it’s about time that modern recruitment processes reflect that.

* Names have been changed to protect anonymity

Linkedin
RELATED ARTICLES
OTHER ARTICLES
A new podcast is opening up the conversation between trans women and trans amorous men in the hope of building coalitions.
The action took place in response to the 200 asylum-seeking children who were placed in hotels run by the Home Office who have gone missing.
A new film from Berghaus traces the story of Adam Raja, who left behind a turbulent upbringing to discover the healing power of climbing.
A recent High Court ruling against the right to wild camp in Dartmoor National Park sparked the largest land protest in history – and campaigners say their fight is not over yet.
After building his reputation covering the US civil rights movement in the 1960s, the photographer went on to produce some of the most enduring images of the past century.
After blocking the Scottish government’s gender recognition reform bill, Westminster is now devising further changes to the law to make it harder for trans people to self-identify.