News & Politics / How police prosecute drill artists with their own music 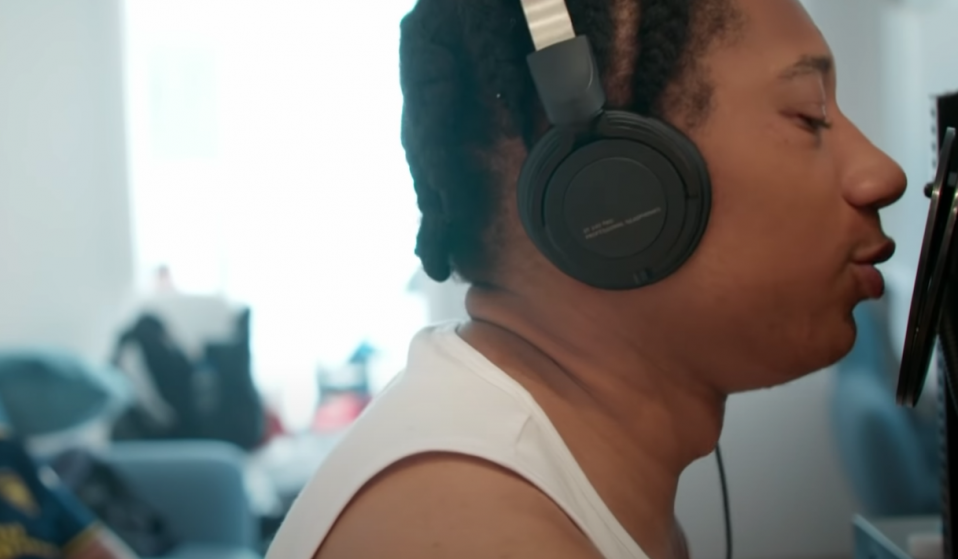 The police have long seen Black music as synonymous with violence. Now, they're targeting drill artists by using their music as evidence to link them to crimes.

The police have long seen Black music as synonymous with violence. Now, they're targeting drill artists by monitoring their music and using their lyrics as evidence to link them to crimes.

Drill artist Digga D is embroiled in an unrelenting legal battle to make music. His Kafkaesque world was the subject of a BBC documentary last November, Defending Digga D, where the 20-year-old performer is shown having check-ins with the police every three hours, subject to recall to prison without a stated reason, has to get his lyrics approved by the police, and even required to move away from his home in London and into a hostel in Norwich.

It is one of the most high-profile examples of how the lives and careers of drill artists are disrupted by policing, usually because of perceived or sometimes actual proximity to gangs. At the start of 2019, Skengo and AM became the first musicians in the UK of any type to be convicted for performing a live song, when they were sentenced to nine months and suspended for two years for breaching an interim gang injunction – a criminal order introduced in 2009 that allows courts to place restrictions on people involved in gang activity, such as banning them from particular places. But the picture is much more complicated than the one painted by the police, who claim this music created by young Black men incites and instructs violence.

Drill artists have consistently argued that their music allows them to express their feelings about the poverty, crime and trauma they see around them. Konan wrote in 2019 about how he saw rappers making it onto TV was a “huge inspiration” and that being involved with music was his way of avoiding the violence he saw around him. This is not to say that drill as a musical form cannot be used as a means to inflict pain and harassment on people: in one case from 2017, the family of a 14-year-old who was shot outside a playground were harassed online by young men who made some drill about his murder. These cases by their very definition attract widespread attention.

The police have long seen Black music as synonymous with violence, with drill artists the most recent target. The most visceral are the various criminal orders, including “gang” orders, which can forbid everything from entering particular places or areas to performing music. There does not have to be a specific link between a song and an act of violence to be convicted of “inciting violence”.

This, says University of Richmond Professor Erik Nielson and co-author of Rap on Trial, is “an extension of a centuries-old dynamic” of punishing Black expression. Nielson says it both plays into stereotypes about the inherent criminality of young Black men and assumes they cannot be fictional authors or observers in their music using figurative speech or wordplay, only recounting what they have done or want to do.

Platforms like YouTube are also cooperating with the authorities in taking down drill videos. The Met have compiled a database of over 1900 drill videos, and routinely request their removal of hundreds of those. Without these platforms to promote their music, build their audience, and attract the attention of labels, it becomes much more difficult for artists to build a career and livelihood, and to escape the poverty inflicted on Black communities. Often it is the amateur, unknown, or up-and-coming artists who are targeted because they lack the name recognition or means to defend themselves.

When a video is taken down, the people who made it are not told why, let alone that it was at the request of the police. There is no appeal process, no accuser to answer or evidence presented. When I asked the Met what the policy was on what music was acceptable and what crossed the line, they replied that there was no policy. So, it would appear that these are taken down arbitrarily without any accountability or recourse. Ian McQuaid, who is head of Artists and Repertoire at Moves Recording, believes some of the artists have had their videos targeted because they have spoken out about police harassment.

Researchers at University College London are currently working on a programme that will do this automatically, using an algorithm to identify offending music and flag it to the police. Work done elsewhere at the same college found that “positive” lyrics in drill music are more likely to be popular and to attract comments and views on YouTube.

But if you are a drill artist (i.e. a young man of colour, and probably a young Black man) your music can be used against you if you commit an unrelated crime. There have been at least 30 cases where rap music or videos have been used as evidence in England and Wales, exclusively against Black men, according to research by Dr Abenaa Owusu-Bempah at the LSE. The Crown Prosecution Service can use the “Bad Character Provisions” to have lyrics admitted as evidence of someone’s character, the logic being that because you rap about violence or criminality you are a criminal. Most of the cases were “joint enterprise” cases, where the music was used to argue that someone was member or associated with a gang and then to link them to a crime. In one case, a 16-year-old was targetted with a music video he’d appeared in two years earlier, which was used to establish his gang membership and then to link him to an alleged “gang” murder.

“There is no question that this is racially motivated,” says Professor Nielson, “no other fictional form is targeted in this way in court.” In the US, he explains, there are “hundreds” of cases specifically involving the use of rap in courts and overwhelmingly, those defendants are Black or Latino. Police departments there also have “significantly built-out” the teams that monitor “gangs”, including watching hours of rap videos – often without specific cause to look at a particular person or group. Even appearing in a video “bopping your head at the back” can be enough to be labelled as a gang member and subject to police action. The same is true in the UK, where police “experts” on rap have been grouped into units that watch, transcribe and “translate” hundreds of hours of videos to use against young Black men.

There is, however, a pushback against these types of tactics. The Persecuting Rap project at the University of Manchester is leading research on the policing of rap in the UK for years.

More recently the Garden Court Chambers in London has been running a series of online events and seminars on drill and criminal law, which Digga D’s lawyer has contributed to, covering both the use of criminal orders to prevent artists from making and publishing music and the use of lyrics as evidence of “bad character”.

There is also support from some politicians. Sian Berry, a London Assembly Member who sits on the city’s police and crime committee, said that harsh policing tactics are used disproportionately against Black Londoners and the attempts to use drill music as evidence in criminal investigations is fuelled by the same racial bias. “Drill is not the problem,” she said, “an unnecessary police clamp down on the genre is a contradiction of the rights they are there to protect. It is likely to create more animosity towards the police than any music ever could.”

Already both artists and more sympathetic platforms are adapting, putting videos on to private for a few weeks in anticipation of police action, or steering clear of violent themes in their music. Still, they are constantly at risk of being denied a career and even criminalised because of their music. As much as ever, the harassment and targeting of Black people is done with little or no accountability.

Linkedin
RELATED ARTICLES
OTHER ARTICLES
Cindy Campbell recounts how her brother ushered in a new era of musical culture at a party she held in the Bronx in ‘70s.
With skyrocketing rents, packed out viewings, bidding wars and more, renting in London has never been harder.
Following the announcement of an 80% hike in the energy price cap from 1st October, crowds gathered outside the offices of energy regulator Ofgem to protest and declare their intention to undertake a payment strike.
Birdy Chu reflects on documenting the historic moment in which the territory was formally passed back from the UK to China.
The idea that a younger generation is abandoning work has become a popular narrative online, but it doesn’t necessarily reflect reality.
Financial turmoil is pushing people who work in the sex industry into more dangerous and desperate situations as a means of survival.