News & Politics / Behind the rise in abuse towards call-centre workers 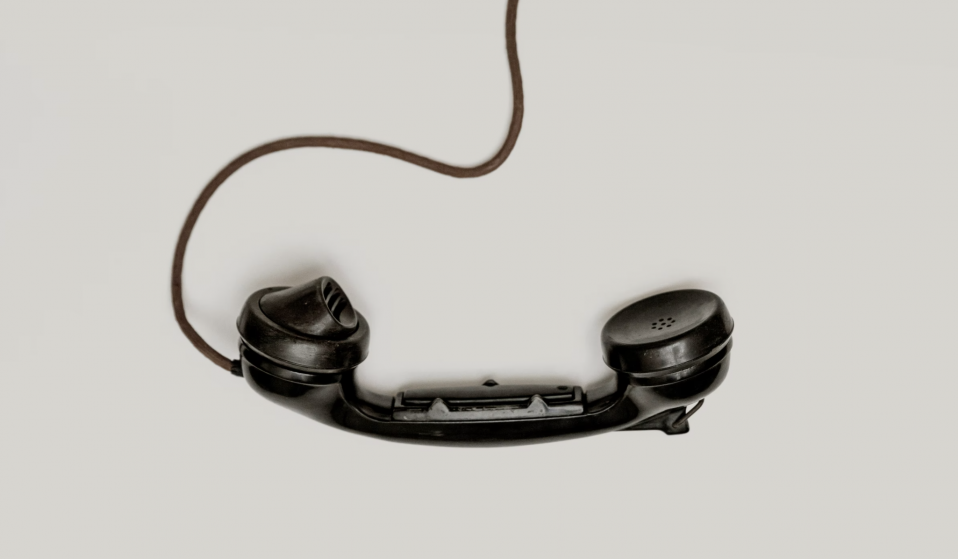 With abuse of call-centre staff on the rise, many are now speaking out about the hostility they’ve faced.

Hostility towards call-centre workers has worsened during the pandemic, and now, staff are speaking out about the horrifying abuse they’ve faced.

I’m going to beat the shit out of you.

I know where you work and I’ll be waiting outside.

These are just some of the things Faye* would hear on a weekly basis while answering phones as a Parking and Customer Service Administrator. Her main job, before she quit, was managing parking fines incurred around the country, and she faced a constant barrage of verbal abuse and emotional manipulation while on the job.

“I would often be in tears over the abuse we received,” Faye tells Huck. “Customers would tell me the address of our office and threaten me, or we’d have to deal with people threatening to commit suicide.”

Abuse of call-centre workers is an issue that’s far too common. And it’s something which has worsened since the pandemic, partly due to staff shortages and Covid restrictions making fixing problems quickly and efficiently all the more difficult. With more customers stuck at home and call queues becoming ever longer, patience has been wearing thin, and it’s workers who bear the brunt of this frustration. In fact, according to new research from the Institute of Customer Service, 60 per cent of customer-service workers have experienced hostility in the past year.

This abuse takes a significant psychological toll. On top of this, workers are dealing with the high-pressure, target-focused culture that pervades call centres, and in some instances, being forced back into unsafe environments during the pandemic. It’s little wonder that many are now choosing to speak out about the abysmal working conditions and horrifying abuse they’ve received.

Among them is Donicia, who has worked answering phones for both an online bank and a telephone-answering service. Despite having also worked in face-to-face customer-service roles in retail and hospitality, she says: “None of the abuse has ever come close to what I’d get on the phones, probably because of the anonymity […] invisibility is the most corrupting power; people only have manners because they want to be seen as having manners.”

This was all to be expected. “We were told about the sexual stuff in the induction,” says Donica. “It was always very light-hearted so you’d feel kind of dumb to make a big deal of it. We were told to just hang up if it bothered us.”

Little support is offered to call-centre staff facing verbal abuse, which is simply seen as part and parcel. “Managers would rarely take over on difficult calls,” says Faye. “We had a policy where the customer adviser would need to stay on the line for as long as possible, and managers weren’t obliged to answer the phone.”

According to Faye, there was no after-care for employees who dealt with mentally-distressing calls. “Sometimes, we were able to take five minutes to cool off and sort ourselves out,” Faye says, “but everything we did was monitored, so we couldn’t take any longer.”

This kind of time surveillance has become even more heightened during the pandemic. Last August, it was revealed that private call-centre staff subcontracted to work on Covid test-and-trace services were told to limit breaks to 10 minutes when working a six-hour shift – including for toilet breaks, eating and praying – and they had to disclose every break. With the move to home working, some firms even turned to ‘bossware’ – surveillance methods including specialist webcams and artificial intelligence that would track staff breaches during a shift, such as looking at their phone or going to the bathroom.

It was the constant abuse that eventually led Zainab, who worked in a call centre handling the redirection of mail, to leave her job earlier than expected. “I simply found it to be too much,” she says.

Zainab experienced racism “almost daily” while working the phone lines. She tells Huck: “As you can probably tell, my name is not English, and if things weren’t going as a customer wanted, I would be on the receiving end of racial abuse.” Customers would ask Zainab where she was from, accuse her of faking her accent and say things like, as she recalls, “People like you shouldn’t work for a British company, no wonder everything is ruined, you foreigners are screwing it up for us”.

These experiences are microcosmic of an industry-wide issue that employers need to tackle. But that means more than a short recovery break, which, for Faye, wasn’t nearly enough.“We should have been paid more, because it really was an emotionally draining job,” she tells Huck. “The only comfort was that short break, but then you knew after the five minutes were up, you’d be going straight back into it, and there’d be no protection for you and no support.”

Stephen Alban, the Communication Workers Union officer for BT and EE call centres, echoes this sentiment. “There’s got to be a recognition of the level of skill required, not just for the technology side of it, or the retained knowledge, but also the people skills needed to calm customers down and resolve the query in itself,” he says. “That has to be recognised and the pay should reflect the skills needed for those roles.”

As well as better pay, Alban says that behind-the-scenes support and training is vital. “Support from subject-matter experts who can help advisors resolve customer issues easily is absolutely crucial because, without it, issues are less likely to get resolved and customers are more likely to complain.” He also recommends mental-health support and extended breaks after a distressing call.

He adds that, in times of crisis, such as the pandemic, when problems are likely to occur, firms should recognise this and attempt to alleviate the pressure on their workers by other means, such as reducing or moving away from targets until things have settled. But the most important thing, he says, “is the recognition from management of what members are going through”.

The good news is that change is possible. Most mainstream unions now represent call-centre workers, meaning that workers’ voices are being heard more and more. For example, last year, one group of Deutsche Bank’s call-centre workers in Germany went on strike over a pay dispute, and in the UK, BT reached an agreement with the CWU committing to implement a pay increase.

Pandemic-related malpractice in many workplaces shone a light on a deeper, systemic issue of companies valuing productivity over adequate working conditions and environments. But it also gave workers a leg to stand on. Workers are beginning to fight back against poor workplace policies, and with more and more call-centre workers unionising to have their voices heard, the message is clear: they won’t stand for the abuse much longer.

*Name has been changed to protect anonymity

Linkedin
RELATED ARTICLES
OTHER ARTICLES
Sean Maung’s photos are a love letter to the Black and brown communities that make up New York.
As the Scottish government announces a rent freeze, an activist with Living Rent who fought and won shares how they did it, and what must come next.
The idea that a younger generation is abandoning work has become a popular narrative online, but it doesn’t necessarily reflect reality.
Financial turmoil is pushing people who work in the sex industry into more dangerous and desperate situations as a means of survival.
Thousands attended the annual event this year to wheelie through the city and call for ‘knives down, bikes up’.
Ahead of the release of their first collaborative album, the producer and rapper talk psychedelics and the state of UK hip hop.