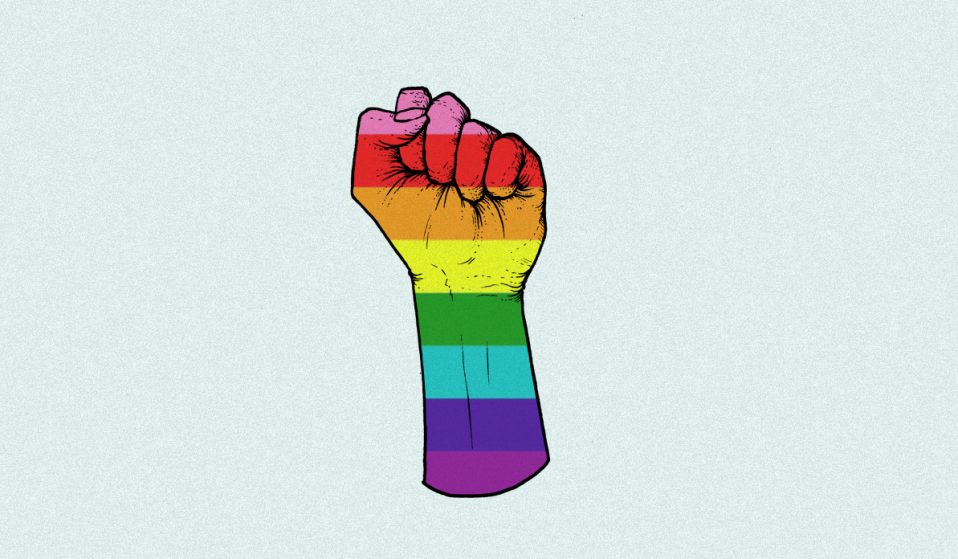 Activists are calling out the MI6's sponsorship of the awards ceremony by pointing out just how antithetical it is to the roots of queer resistance.

Activists are calling out the MI6's sponsorship of the awards ceremony by pointing out just how antithetical it is to the roots of queer resistance.

When the names MI5 and MI6 are mentioned, they likely bring to mind dramatisations of men in suits with Bond-style gadgets. That they are two of many corporate sponsors of this year’s British LGBT Awards may, then, come as a surprise. To Chardine Taylor Stone, a musician, writer and queer activist, it was enough reason to send back her award for “Oustanding Contribution to LGBT+ Life” from four years ago.

She was not the only one to take issue with organisers’ choices of sponsors this year. Actress and Youtuber, Abigail Thorn (better known as the founder of Philosophy Tube) was nominated for an award at this year’s ceremony. Yet she cited “moral and political disagreements” with this year’s sponsors as triggering her decision to withdraw from the running.

Chardine describes this year’s choice of sponsors as an example of pinkwashing, referring to companies and governments’ appropriation of LGBTQ+ issues to avoid criticism. “Particularly now, we are seeing a veneer [created by] corporate social responsibility departments. In a nutshell, they exist to find ways to cover their exploitative practices, as a kind of avoidance of accountability,” she says.

Yet her horror at the British LGBT Awards’ choice of sponsors seems not to be merely at the inclusion of corporate interests. “Corporations are going to do what corporations do,” she says. “But I think a line needs to be drawn when it’s a government department that has done simply evil things, to be frank, and continues to do so.”

“They often say ‘well, we’re a small organisation so we need the money’,” she notes. “But I was playing Green Man Festival, and there’s no corporations there. At all.” Instead, Chardine points out that there are other routes for funding, such as maintaining good relationships with wealthy LGBTQ+ figures who might consider becoming donors.

In her public statement withdrawing from the running, Abigail Thorn elected not to explicitly name the sponsors which instigated her decision. In contrast, Chardine’s statement pointed fingers at MI5 and MI6, even going so far as to specify actions which trigger her deeply visceral response to the two institutions.

“We need to reconsider what our power is as a community,” she says. “People separate these issues out so they only engage with LGBTQ rights, but there are climate change activists who are LGBTQ and have been spied on by MI5. Are you then meant to choose between your two identities and your work?”

Curator, art historian and queer activist, Claire Mead, points out that LGBTQ+ activism has, historically, been rooted in anti-governmental resistance. “The problem when these organisations get involved and try to spin a narrative of championing LGBTQ+ representation within the sector is that we lose any kind of historical objectivity,” she says. “If [an organisation] is sponsoring an event, it’s more than likely that whatever is said may veer away from the critical, in terms of how these people were brutally erased and persecuted, going towards a much more sugar-coated, celebratory aspect.”

In her statement returning her award, Chardine mentions her identity as a Black, queer woman influencing her position. The statement describes her principles as being rooted in “international solidarity, anti-colonialism and anti-imperialism”. Indeed, particularly with regards to MI5 and MI6, the historical impact of such organisations has particularly been felt by communities of colour.

Just ten years ago, for example, MI6 officers were encouraging British mercenaries to break a United Nations arms embargo on Sierra Leone. Private military company, Sandline International, was headed up by former staff office director of Special Forces, Tim Spicer, when it reinstated the country’s president, and shipped 30 tonnes of arms to the country in breach of the ban, purportedly with the Foreign Office’s approval.

Today, Pride and queer events, including the British LGBT awards, are home to a whole host of corporate interests. At popular marches and parades, companies hand out merchandise emblazoned with rainbow flags, their logos superimposed onto the bright, cheap plastic. Despite their historical position in raids and brutality against queer activists, the police have been seemingly rehabilitated, and can now often be found in vibrantly striped cars during Pride Month.

Claire argues that the movement towards the corporate and the incorporation of government departments are “antithetical” to the roots of queer resistance. “[It’s important to] look at that moment at which pride shifted from being a political protest to being this overtly corporate exercise,” she says.

“It goes back to whether or not we are really trying to have an intersectional movement… [as well as] who is in control of having these presences at Pride and other LGBTQI events, and how they completely disregard the safety of people who are attending: not just Black people and people of colour but also trans people, and disabled people.”

As mainstream queer events become more and more enmeshed with the corporate world, the question remains as to whom they stand for, and who will be left behind. For now, the rift between activists and the organisers of such events seems to be growing. This year has also seen other organisers coming under fire, including those of Manchester Pride, following the announcement that they would be cutting funding to charities. Chardine mentions that, at the time of interview, she has yet to hear from the organisers of the British LGBT Awards, despite having sent them her statement the night before it going public.

The non-responsiveness seems to be a key trend: following widespread backlash to a tweet announcing their sponsors, the organisation deleted the post, but failed to address the community’s concerns. At the time of writing, they did not respond to a request for comment, either.

The future may seem unclear, but Chardine is looking to the past for inspiration. She hopes that the community can return to its “radical heart”. “What we are supposed to be working for and fighting for is not to make these corporations look good, but to support people in our community against things like homelessness and exploitation”, she says.

“I think people’s viewpoints are very self-centred, on their own success as an individual, or even just as a predominantly white community in the UK.” Until such a time in the movement comes, she remains defiant, calling on white queer counterparts to reconsider how they approach LGBTQ+ rights.

To the board and others like it, she has a simple message. “It makes no sense to have an ethically dubious sponsor for what is, essentially, a human rights award. There’s a complete contradiction there,” she says. “We have a history – and a future – that we need to protect from being pilfered in this way.”

Linkedin
RELATED ARTICLES
OTHER ARTICLES
After building his reputation covering the US civil rights movement in the 1960s, the photographer went on to produce some of the most enduring images of the past century.
Theo McInnes’s photos of the annual event provide an intriguing snapshot of contemporary Britain.
A new film from Berghaus traces the story of Adam Raja, who left behind a turbulent upbringing to discover the healing power of climbing.
A new law change is enabling Britain’s donor-conceived children to know the truth about their origins – but campaigners say the fertility industry must do more to protect people.
Social prescribing connects people with non-medical support to improve their health and wellbeing – but some experts worry it’s just a stick plaster solution.
Photographer Sean Maung reflects on documenting a small town in Pennsylvania afflicted by high levels of unemployment, poverty, violence, crime, and addiction.