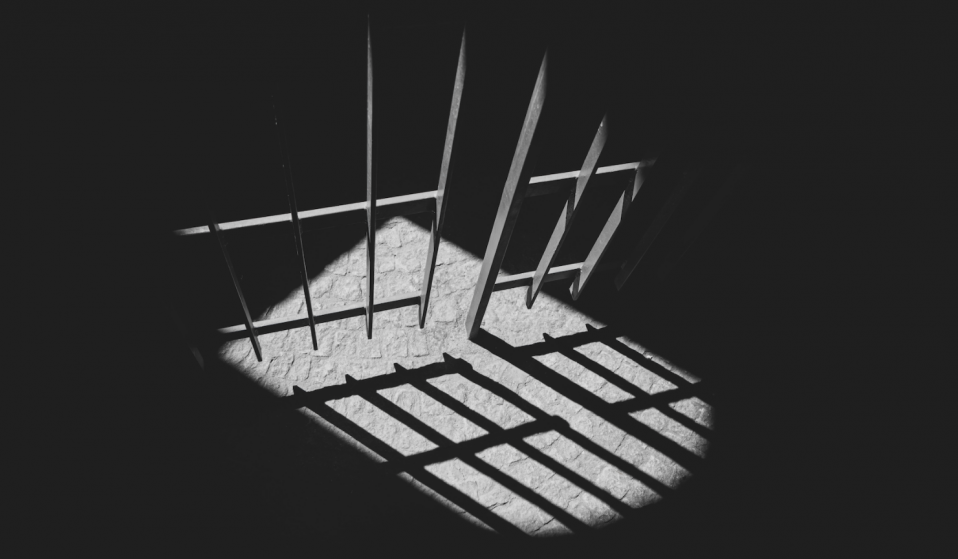 Despite inmates being legally entitled to the same healthcare as those outside, many are left to die under appalling circumstances.

Despite inmates being legally entitled to the same healthcare as those outside, many are left to die under appalling circumstances.

Struggling for breath, 80-year old Duncan McGee tried to haul himself up off the cold concrete floor, but it was no use, as a searing pain prevented him from moving. It was 5:01am in September 2019, and he’d just fallen out of his bed in HMP Doncaster’s Vulnerable Prisoner Unit. Eventually, he managed to maneuver himself into a position where he could pull the cord to sound the cell bell – however, the prison officer who arrived told him there was nobody free to escort him to hospital.

Duncan remained motionless for two hours before staff reluctantly agreed to call an ambulance. The elderly man – who suffered from advanced heart and lung disease – received a series of X-rays later that day, and eventually learned he had fractured his hip during his most recent tumble out of bed. He remained in hospital, with medication, while he waited for an operation to repair the joint.

A month later, Duncan died – during surgery – from a combination of chronic obstructive pulmonary disease, cerebrovascular disease and a hip fracture, the Prison and Probation Ombudsman noted in a Fatal Incident Report.

Her Majesty’s Prison Service has become the UK’s biggest care home for elderly men, with the number of inmates aged over 60 tripling in the last two decades due to a combination of harsher, longer sentences and a rise in convictions for historic sexual offences. There were 218 deaths of natural causes – with 22 deaths from Covid – between May 2019 and May 2020, which is 77 per cent higher than a decade ago, and this figure is predicted to increase further still over the next few years.

Despite inmates being legally entitled to the same healthcare as those outside, many working in the prison system say incarcerated people’s experiences are much worse in comparison. There are inmates with dementia who have no idea they’re even in jail and frail, elderly people taken to hospital, while chained to prison officers and later handcuffed to their beds, Fatal Incident Reports (FIR) from the Prison and Probation Ombudsman show.

A May 2021 report from the dying, death and bereavement charity Hospice UK analysed all prison deaths from natural causes among inmates aged over 50 years in England and Wales between October 2018 and October 2019. They found that eight out of the 95 people who died from terminal illness received care considered inequivalent to that which would have been received in the community.

A terminally ill and incontinent 83-year-old man in HMP Isle of Wight was forced to urinate in a bottle during the night in 2019 as there was no toilet in his cell and the wait for the bathroom could be up to an hour. Nothing has changed in the last two years, and recent reports still show there are no toilets in cells on the island’s prison, as authorities refuse to fork out for upgraded facilities.

The Prison Ombudsman’s FIRs highlight that it’s extremely common for elderly inmates to fall out of their bunk and sustain serious or life-threatening injuries, with countless records highlighting an absence of bed safety rails and mobility equipment for those with declining physical health.

But worse still are the prisoners missing multiple cancer appointments at hospitals due to severe prison staffing shortages. A 68-year old male at HMP Littlehey in Cambridgeshire was unable to attend several scans as there were no prison officers free to escort him to the hospital – they were needed to supervise the inmates on the wings. After being referred at the start of May 2018 under the NHS pathway which requires patients with suspected cancer to be seen by a specialist within two weeks, he was finally diagnosed with the disease in his esophagus in mid-July.

The charity RECOOP has set-up a buddy system to help reduce the impact of staffing shortages on elderly and vulnerable prisoners at the end of life, while providing younger inmates with valuable training and experience that can be used after release. Such is the strain on overworked prison officers that one custodial manager commented that: “The buddies care for others from the moment they are unlocked in the morning until the time they return to their cells for the night,” even saying he didn’t know how he would cope without them.

Steve, 54, served a two-year prison sentence in HMP Dartmoor from 2016 to 2018. While in prison, he worked as a peer-support buddy, helping elderly and vulnerable prisoners at the end of life with tasks such as getting out of bed, socialising and exercising. “We had one man who’d more or less given up,” he recalls. “He’d spend all his time in his cell and wouldn’t really speak to any other people. I went to make an effort with him, tried to add a bit of interest to his day, but he gradually faded, one day to the next – they took him to hospital and sadly he died shortly afterwards.”

“But what made it worse is how isolated he’d become, they’d almost closed the door on him, he’d given up – nobody deserves to be forgotten about like that,” Steve adds.

According to Hospice UK, incarcerated people aged 50 and over with terminal illnesses were inappropriately restrained at the end of their life in 20 out of 95 cases in England and Wales between October 2018 and October 2019.

A 64-year old inmate at HMP Bullingdon – with multiple chronic health conditions – was restrained using an escort chain, while dying in hospital for over a week. As a Category C prisoner, he was considered a low risk of escape and to others. Prison officers briefly removed the chain for him to have an operation, but reapplied it while he was still unconscious in the delivery room. The Prison and Probation Ombudsman commented that: “It is very difficult to understand why prison staff thought this was justified for a seriously ill and immobile Category C patient.”

On top of this, many terminally ill imprisoned people die in their cells before receiving the outcomes of their applications for compassionate release. Hospice UK’s analysis showed a delay or no consideration at all of early release in 15 out of 95 end of life cases between October 2018 and October 2019.

HMP Grendon misplaced an application for compassionate release from a man dying of blood cancer in 2018. This meant he received treatment in his cell from GPs as he was too weak to walk to the healthcare unit. And in HMP Wormwood Scrubs, a man died before he could be released, as the prison was ‘far too slow to act’, the Prison and Probation Ombudsman ruled.

There are, of course, stories of exceptionally compassionate care from hardworking prison staff and healthcare workers. Emma, a palliative care nurse at St Luke’s Hospice in Plymouth, who provided end of life support to a prisoner in HMP Dartmoor, explains: “I realised what difference we were making because the options for him were to go into a hospital or hospice to die – or if we came in, he could die in prison. His home was prison.

“He was comfortable, even up to his death,” continues Emma. “As humans, we have no right to judge people, but it is our right to treat everybody the same, with dignity.”

Former prison governor and officer Professor Ian Acheson of Staffordshire University spent 25-years working in institutions from Devon’s HMP Dartmoor to London’s HMP Wandsworth. He acknowledges the growing need for investment in palliative and end of life care in prisons: “The question is how these people can be detained safely and humanely as they grow older and sicker in an environment not conducive to healthy living,” he says.

Acheson suggests that “rather than break highly-stretched prison staff with constant trips to hospital that carry significant risk as well as expense, the solution should be to create a secure inpatient facility within a prison that has full NHS capability in design and clinical expertise to deal with the sorts of issues presented.”

Prisons and the people who both inhabit and work in them are one of the least visible, most neglected parts of our society. And though inmates are not always perceived as a worthy population, a prison sentence is the deprivation of an individual’s liberties – it’s not a sentence to poor health and social care.

It’s vital that people in prison receive the same healthcare as their counterparts within the community, that restraint is minimised and applications for compassionate release are dealt with swiftly, so everyone in society can die humanely and with dignity.

Linkedin
RELATED ARTICLES
OTHER ARTICLES
Thousands attended the annual event this year to wheelie through the city and call for ‘knives down, bikes up’.
For over a decade, gamblers have won big by employing people to place live bets from the court. But does this dubious method still work?
Birdy Chu reflects on documenting the historic moment in which the territory was formally passed back from the UK to China.
Financial turmoil is pushing people who work in the sex industry into more dangerous and desperate situations as a means of survival.
Rogue landlords are exploiting young and inexperienced renters and leaving them in mental and financial turmoil, reports Niall Hignett.
With skyrocketing rents, packed out viewings, bidding wars and more, renting in London has never been harder.