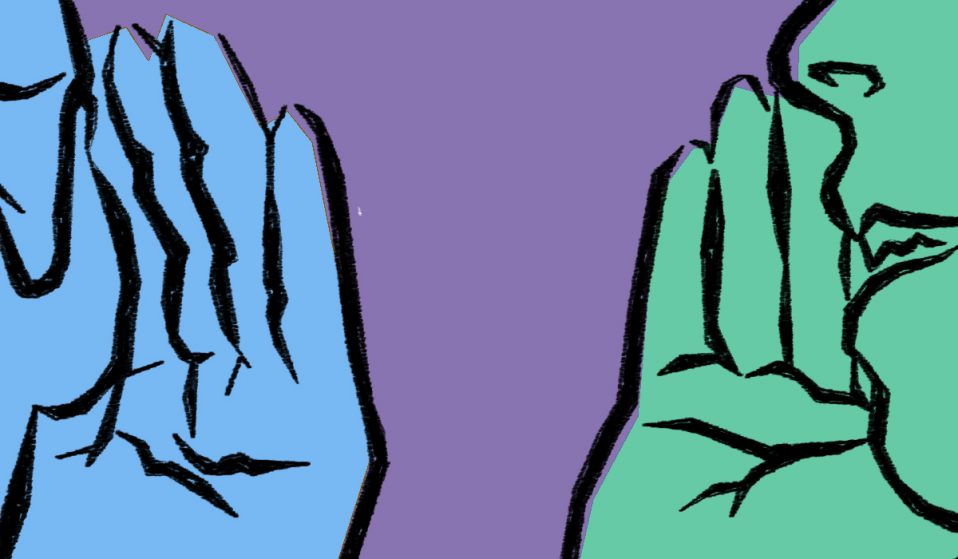 With many UK universities failing to take sufficient action over sexual assault, students are finding ways to talk about their experiences and warn others about predators.

With many UK universities failing to take sufficient action over sexual assault, students are finding ways to talk about their experiences and warn others about predators.

In 2019, Nina*, a 24-year-old student at the University of Sussex, reported the abuse she’d faced at the hands of Ryan*, a fellow student who was also employed as bar staff by the university. “When [Ryan learned that I’d] spoken to a few mutual friends about how he’d treated me, he filed a complaint against me for harassment – despite the fact I’d blocked him,” she says. “His complaint got investigated before mine, even though I had filed mine first.”

Nina says her university provided little support, or assurance that they’d stop something similar from happening again. In fact, she got the sense that they were trying to keep her quiet. “I was told I couldn’t talk about my case, and when I asked how I could keep myself safe instead, they told me they didn’t know,” she says.

But thankfully, there was another place Nina could turn to. “Eventually, people came forward with similar accounts and stories, and this is how we formed a whisper network,” she says.

Operating as an informal chain to pass along important information about predatory staff and students, whisper networks are offering a level of protection and solidarity that universities often fail to provide their students and employees with. Whisper networks entered the spotlight amid the #MeToo movement and the 2017 publication of a New York Times investigation against Harvey Weinstein, which quickly prompted the creation of a Google spreadsheet of dangerous men titled “Shitty Media Men”.

The information contained by whisper networks is often shared word of mouth, or online in forums, spreadsheets, WhatsApp groups, and crowd-sourced documents. Google docs containing evidence, admissions, and warnings about other potential predators are particularly popular because they allow anonymous editing and sharing. These documents are shared on a “need to know” basis, and as universities often use intimidatory recourse tactics to silence survivors and quash damaging allegations, they are quickly becoming a standard part of the university experience.

“I wouldn’t have the evidence I have now without [the whisper network] or the community of people who were also affected by the same issues,” Nina says. Using the information and records other victims had sent her, Nina was able to have the complaint against her swiftly dismissed.

Whisper networks have two main functions: to issue caution, and to covertly collect information to take institutional and where necessary legal action by compiling evidence of an individual’s predatory pattern of behaviour. “Whisper networks are students’ attempt at self-preservation – at survival,” writes Dorothy Chirwa, an Oxford graduate student, the former President of Newcastle University Student Union, and organiser of the Silence Will Not Protect Us symposium.

The necessity of whisper networks has only grown over the years. The 1752 Group, a UK-based research and campaign organisation working to end staff-to-student sexual misconduct in higher education, condemned advocacy group Universities UK’s recent guidance on tackling sexual violence in universities. “It prioritises retaining the status quo over asking universities to make real change,” the 1752 Group tweeted, “and it is contradictory, by recommending clear professional boundaries while still allowing sexual relationships between staff and students.”

A 2018 study from the National Union of Students found that 95 per cent of students find student-staff relationships “ethically inappropriate, coercive, exploitative, or harmful to students’ education”. But allowing these kinds of relationships has complicated the reporting process for victims – especially those who realise they’ve been taken advantage of after a seemingly consensual relationship.

“In every university, there are ‘creepy’ lecturers,” Dorothy writes. “[Lecturers] that constantly teeter on the edge of what is ‘acceptable’ because they know they have job security, influence and power. [Students] don’t have confidence in their universities to deal with the issue. So students create whisper networks.”

While a spokesperson from the University of Sussex claimed that the university “is absolutely committed to ensuring a safe and inclusive environment for our University community, free from violence of any kind,” Nina says this doesn’t match her experience.

Continuing, the University of Sussex spokesperson said: “It is extremely important to us that students come forward about sexual violence and we strongly encourage them to do so.  We have robust processes in place to investigate every case reported to the University. These are investigated without prejudice by trained members of staff, reaching conclusions through careful consideration of the evidence. We aim to communicate clearly with all parties throughout, while complying with our legal obligations, including those under data protection legislation.”

Stop telling survivors of sexual abuse, harassment or assault that our experiences made us stronger. One shouldn’t have to experience trauma like this and especially shouldn’t have to continue reliving it in order to hold institutions accountable. @transfrmsilence

Maxine*, a 28-year-old Oxford graduate, was warned about Dr Andy Orchard (whose history of misconduct was later investigated in Al Jazeera’s Degrees of Abuse series) via a whisper network. “It was women in my year at my college warning women in the year below and across our year at other colleges about [him] being pervy and drinking too much at events,” Maxine says. Orchard did not respond to Huck’s request for comment, and has previously denied the claims against him.

Alleged to have “often attended meetings while drunk, harassed students in pubs, and engaged in sexual relationships with students that they were afraid to end due to a fear of retribution,” students warned in advance via the whisper network would avoid Orchard as much as possible. While Orchard is still employed at The University of Oxford, he is not currently teaching students at an undergraduate or Masters’ level, and the Faculty of English are in “individual discussion with research students about their supervision arrangements.” The University of Oxford was contacted for comment but did not respond.

Unlike the criminal or institutional justice system, many beneficiaries of whisper networks claim that they aren’t interested in punishing predators. “I don’t want to spend my life wishing revenge on someone else, and I think that the current complaints systems at unis don’t offer scope for perpetrator accountability or making amends,” says Cleo*, age 21, a student who has helped set up a whisper network in her university after it failed to support her.

“All I ever wanted was an apology and to feel safe going to events where [my abuser] may be there,” Cleo says. “Although you can’t make someone be sorry, you can give people a heads up that they may be dangerous. That’s not looking to punish someone – that’s just keeping people safe.”

Other issues that complainants face when reporting sexual misconduct include the weaponisation of GDPR to withhold complaint outcomes from reporting parties. This can be used to deny victims the ability to share the outcome of cases in which only insufficient, if any, action may be taken against perpetrators, and many institutions still use non-disclosure agreements (NDA). The use of whisper networks, however, still offers a way for relevant information to circulate – even if an NDA may be in place. While public and documented testimonies would be seen as breaking the terms of the NDA, the clause only applies to the signatories and not those who may pass on information concerning sexual abuse and harassment.

It's essential to recognise that NDAs are a tool and a symptom of an embedded culture of silence maintained by those within the University focused on protecting the institution's reputation, especially for prospective students. #BuildTrustNotSilence pic.twitter.com/WChollLbQH

Nina explains that her whisper network was used to inform those who worked, and had mutual friends, with her abuser about what he had done. The disciplinary action taken against perpetrators can be classified as personal data, which means that universities do not have to disclose if an individual is found guilty of violence or sexual misconduct to anyone by the reporting party.

“Once I spoke to some people about it, they all asked why their employer hadn’t told them, or why he was still allowed to work with the public,” Nina explains. “I had to be selective, though.  I had to make sure I didn’t share this information with people who I knew would immediately go and tell him I’d done this. If he’d found out, I’m not sure what action the university could have taken against me.”

The organisers of the Silence Will Not Protect Us symposium have publicly demanded that universities “prohibit the use of NDAs, confidentiality clauses, and any other language which prevents victims of harassment, sexual misconduct, and/or discrimination from speaking publicly about their experiences”. As of yet, no universities have publicly responded to these demands.

Until victims of sexual misconduct are able to freely talk about their experiences in public and without fear of repercussion, whisper networks are one of the only ways survivors are able to talk about their experiences and warn others about sexual predators. “It’s not a perfect system by any means,” Cleo says. “But until universities step up and take us seriously, this is all we have.”

Linkedin
OTHER ARTICLES
A group of young Palestinians have found temporary freedom in the act of parkour, reimagining wreckage and ruins as a series of high-octane playgrounds.
Ahead of the release of their first collaborative album, the producer and rapper talk psychedelics and the state of UK hip hop.
Sean Maung’s photos are a love letter to the Black and brown communities that make up New York.
With skyrocketing rents, packed out viewings, bidding wars and more, renting in London has never been harder.
A 37-year-old woman shares how her abortion led her to become a clinic worker, and the abuse she’s received in that role.
A new project is documenting formerly incarcerated people as they transition back into civilian life.