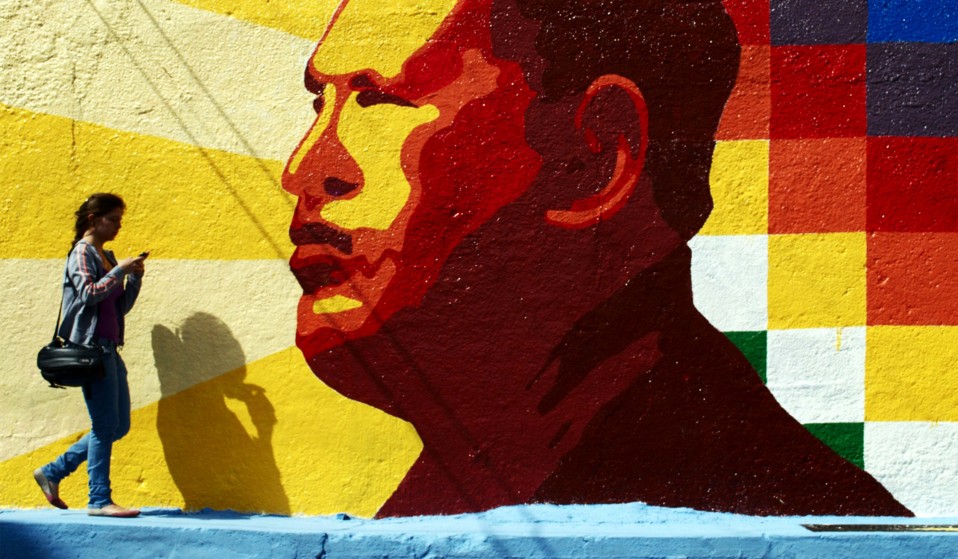 Victory for the right wing opposition in Venezuela’s national elections is another defeat for left-leaning populist governments across the continent.

Victory for the right wing opposition in Venezuela’s national elections is another defeat for left-leaning populist governments across the continent.

Hugo Chavez’s election in 1999 was the first wave of the ‘pink tide’ of progressive leaders who swept to power across Latin America in the first decade of the 21st century. Much like the leaders who followed him in Argentina, Brazil, Ecuador, Uruguay and elsewhere, Chavez promised a bright, new alternative to control by a corrupt elite who had shown contempt for the poor, IMF-administered shock therapy that had impoverished millions, decades of dictatorship (or in the case of Venezuela, flawed democracy) and American military, economic and political domination over the region. In honour of Latin American liberator Simon Bolivar, Chavez christened his movement the ‘Bolivarian Revolution’ and set about strengthening regional ties to fulfil Bolivar’s dream of a united continent.

The resounding victory of the right-wing Democratic Unity Roundtable (MUD) in elections for Venezuela’s national assembly on Sunday marks the beginning of the end for Chavez’s Bolivarian project – the United Socialist Party of Venezuela (PSUV). President Nicolas Maduro, who took over from Chavez after he died of cancer in 2013, remains in power, but with little of Chavez’s charisma and after losing the assembly, his days are numbered.

The PSUV’s loss after a decade and a half in charge represents a symbolic sea change, as the ‘pink tide’ begins to recede across the region. This varied group of democratic, left-leaning, populist governments inherited power after a half-century of coups, civil wars, brutal dictatorships and severe economic crises.

In a region known for its machismo, women were highly represented in this new generation of progressive leaders, including Laura Chinchilla in Costa Rica, Cristina Fernandez de Kirchner in Argentina and Michelle Bachelet in Chile; who took power alongside Lula in Brazil, Pepe Mujica in Uruguay, Rafael Correa in Ecuador.

Their record in power is largely positive as they reduced poverty, chose to invest in health, education and social programmes and oversaw a period of cultural renaissance, including a new wave of arthouse cinema and a vibrant street art movement. However, their achievements have begun to look less impressive as the commodities boom that buoyed many of their economies over the last decade has slowed down. Rampant corruption has remained and a second generation have failed to keep the fire burning after succeeding the charismatic leaders who originally swept to victory. In Argentina, right-winger Mauricio Macri recently won the presidency after left-wing Kirchner dynasty ruled for 12 years. In Brazil, Lula’s government lifted millions out of poverty between 2003 and 2011, but after huge street protests in recent years, his predecessor Dilma Rousseff is sitting on single-digit approval ratings.

In Venezuela, the writing has been on the wall for a while. The optimism that greeted Chavez’s election, especially among the poor and the young, has long since disappeared. Ambitious social spending, on education, health and housing, was funded by oil receipts. The country is in the midst of a harsh economic downturn, with spiralling inflation in the triple digits; a shortage of basic goods and a wave of violent crime. A textbook example of the resource curse, the oil rich nation has struggled to adequately develop other areas of its economy and as the global price of oil has tumbled, Venezuela has found itself in serious trouble.

It’s difficult to wade through the propaganda and counter-propaganda surrounding Venezuela but Chavez did achieve significant gains for the country’s poorest, even if these were often symbolic. The right, meanwhile have repeatedly cried out to the US to intervene and in 2002 Washington backed a military coup to install a new government led by businessman Pedro Carmona. The Bush White House immediately endorsed Carmona, only for Chavez to regain power just 48 hours later.

Chavez and Maduro have regularly decried US imperialism and blamed the country’s woes on US interference. The rhetoric against Venezuela from both Bush and Obama has been aggressive, and the US media regular labelled Chavez a dictator. However, one of Chavez’s greatest legacies is Venezuela’s electoral system, which is internationally applauded and one of the most vigorous in the world. Sunday’s vote marks the twentieth election since Chavez took power in 1999. But that didn’t stop Henrique Capriles, one of the leading figures in the new opposition coalition, declaring his narrow defeat to Maduro in the 2013 presidential race electoral fraud and violent street protests erupted, intended to bring down the government.

Venezuela’s right wing elite, who are well-represented by the new opposition coalition, have a poor track record of ignoring the poor, siphoning off the country’s oil wealth and burying it in bougie properties in Miami. While the Chavistas have used the oil wealth to fund far-reaching social programmes, they’ve also proven themselves unable to resist putting their hands in the cookie jar. Chavez’s Bolivarian project was a democratic popular uprising with huge imperfections. Sunday’s opposition is no ‘people’s victory’, but a transfer of power between two elites squabbling over control of the country’s oil wealth. Beyond hoping to be the group in favour with the powers that control the oil riches at any given moment, the people of Venezuela deserve better than either offering.

Linkedin
RELATED ARTICLES
OTHER ARTICLES
A new series of photos by Johny Pitts shines a light on communities and subcultures that have all too often been overlooked.
As the Criminal Bar Association enters its fifth week of action, criminal barrister Russel Fraser explains why the legal professionals have walked out and how action is likely to escalate.
Photographer Bud Glick recounts documenting everyday life in the area, and what it taught him about the Chinese immigrant experience.
Protestors gathered outside Downing Street following the latest atrocities committed by Israel against Palestinians living in the besieged strip.
With the UK now set to run out of vaccines, people working in the sex industry – particularly outside of major cities – have been left especially vulnerable, reports Brit Dawson.
In the latest instalment of Photographers in Conversation, the creator talks portraiture, platforms and taking inspiration from Little Simz.