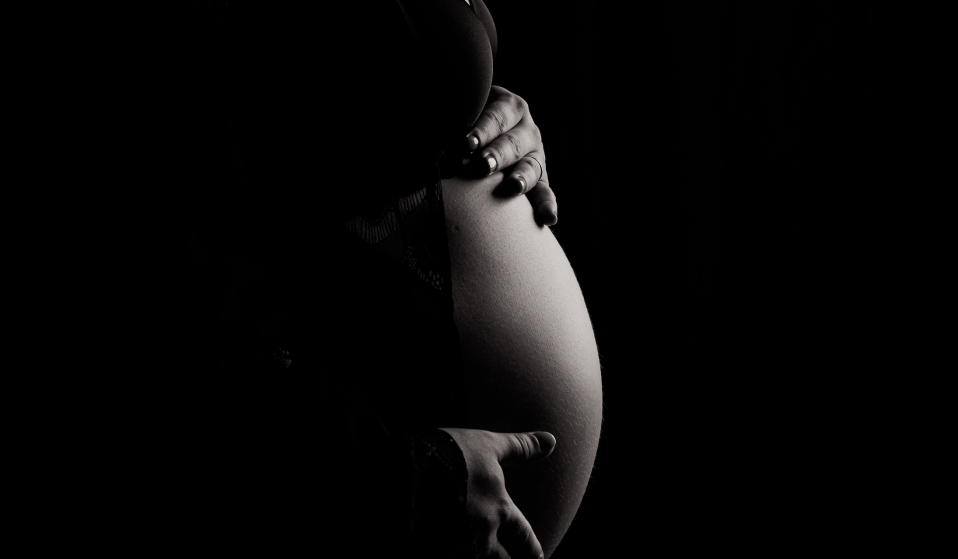 A formerly incarcerated woman shares her experience of finding out she was pregnant while in prison.

A formerly incarcerated woman shares her experience of finding out she was pregnant while in prison, exposing the total lack of support available to people who find themselves in this situation.

In the last couple of years, two pregnant women in prison have given birth in their cells and their babies have died. One of these women was only 18 years old, and she was imprisoned on remand (awaiting sentencing and hadn’t been convicted). Hearing what happened to her broke my heart. I was imprisoned on remand for six months when I was pregnant, and I can tell you that prison will never be a safe place to be pregnant.

I first found out I was pregnant when I was admitted to prison. Within 24 hours, I had been arrested, had a five minute conversation with a solicitor and then was in prison on remand. It was extremely overwhelming. I took a pregnancy test, found out I was seven weeks along, and the prison nurse handed me an abortion leaflet to let me know “my options”, but there was never any information on how I would be supported if I wanted to keep my baby. In fact, from this point on, there was no support or care for my pregnancy from any of the prison staff.

I got big very quickly in my pregnancy, and found it extremely painful sleeping on a single, thin mattress on a metal-slatted bed. Nobody is allowed more than one pillow, let alone a pregnancy mattress. ‘Enhanced prisoners’ (those rewarded by a behavioural incentive scheme) can order supplies from the Argos catalogue, but I didn’t meet the criteria to be an enhanced prisoner. I suffered a lot of sleepless nights.

Pregnant people don’t get any nutritional support in prison, or extra food. The food in prison was unhealthy, unhygienic (sometimes there was dirt on the potatoes) and there’s no fresh vegetables. I struggled a lot with nausea as my pregnancy progressed, and the food made me sick. But prisoners who cannot eat their food aren’t offered alternatives.

I was so hungry. Some of the women on my landing kindly shared their food with me – they were on methadone, which affected their appetite. The only other option was a “canteen” where inmates could buy overpriced chocolate bars or crisps – if they have the money.

No pregnant person should ever be trapped behind several locked doors. It’s impossible for any urgent medical needs to be seen to. We know that the worst has already happened to people who have given birth in their cells and lost their babies (how many in total is not known). But even for those prisoners who don’t go into labour but need to see a doctor, they’re trapped in their cell until the guards decide to let them out. And they might not.

One night in my first trimester, I had a scare and rang the buzzer to alert the prison guards that I wasn’t feeling right. I was in so much pain. In order to take someone to the hospital, the guards have to find someone to cover their shift on the landing. I waited in my cell for what felt like forever. When a pregnant person is in a medical emergency, every single second counts.

But still, the prison staff left me in my cell, then once I was in reception, took their time searching me, handcuffing me, and putting me in the van. I was worried sick about my baby, but the prison officers were frustrated they had to take me to hospital. It was Friday night, and my emergency was an inconvenience to them. They made sure I knew that.

I remember getting into the waiting room in handcuffs and watching everyone stare at me. I felt deeply humiliated. The handcuffs were removed so I could use the toilet, where I discovered I was bleeding heavily. When I saw a doctor, he explained there was nothing they could do until Monday where he would send me to the Early Pregnancy Unit for a scan to see if I had miscarried, as I was in my first trimester.

I had to wait a weekend to know if I had miscarried. I wasn’t even allowed to call my partner to tell him what had happened. The officers were elated though, because it meant they could go home. In the van on the way back to the prison, one officer said to me: “maybe it wasn’t meant to be”.

I spent the whole weekend crying in bed, convinced I had miscarried. The prison guards threatened me with punishments because I wasn’t coming out of my cell, which was prison protocol. I was in a state of grief and shock, and couldn’t eat or get dressed. The officers couldn’t care less.

The women on my landing that weekend cleaned my cell for me. They hugged me, wiped my tears and brought me food. They showed me the utmost kindness. Thankfully, on that Monday I got my scan and found out that my baby was still alive and healthy, but the grief I experienced that weekend, and the cruelty from the guards, was traumatising. It’s awful thinking what could happen. Back in 2013, Nadine Wright, an inmate at HMP Peterborough, miscarried in prison and the guards left her to clean up the blood and foetus.

So many people in prison are just trying to survive. Wright was put in prison for shoplifting less than £14 of food (over three in five women enter prison for less than six months for things like shoplifting or theft). I was held in prison on remand, and never even convicted of the crime I was charged with. In fact, 46 per cent of women in prison are on remand, and could be on bail, in the community, while the total remand prison population stands at 16 per cent,

Prison will never be a safe place to be pregnant. There are no real changes that can be made to prison to make it safe for pregnant people, and even if there were, what difference would it make? On paper, there are all sorts of procedures and protocols, but in reality, nobody makes inmates aware what they are entitled to. The only solution is to put an end to imprisoning pregnant people.

To the government, prison is just a business. But for the parents and babies in there, it can be lethal. If the public truly knew how pregnant people are treated in prison, I don’t believe they would support it. But it isn’t going to change unless the public pushes for change, because the government doesn’t care.

As part of the campaign to end prison sentencing for pregnant people, which is being led by Level Up, Birth Companions and Women in Prison, I’m sharing my story in the hope people will understand what needs to change – and will help fight for that change.

Linkedin
RELATED ARTICLES
OTHER ARTICLES
Sean Maung’s photos are a love letter to the Black and brown communities that make up New York.
With skyrocketing rents, packed out viewings, bidding wars and more, renting in London has never been harder.
As the Scottish government announces a rent freeze, an activist with Living Rent who fought and won shares how they did it, and what must come next.
Following the announcement of an 80% hike in the energy price cap from 1st October, crowds gathered outside the offices of energy regulator Ofgem to protest and declare their intention to undertake a payment strike.
Cindy Campbell recounts how her brother ushered in a new era of musical culture at a party she held in the Bronx in ‘70s.
Thousands attended the annual event this year to wheelie through the city and call for ‘knives down, bikes up’.