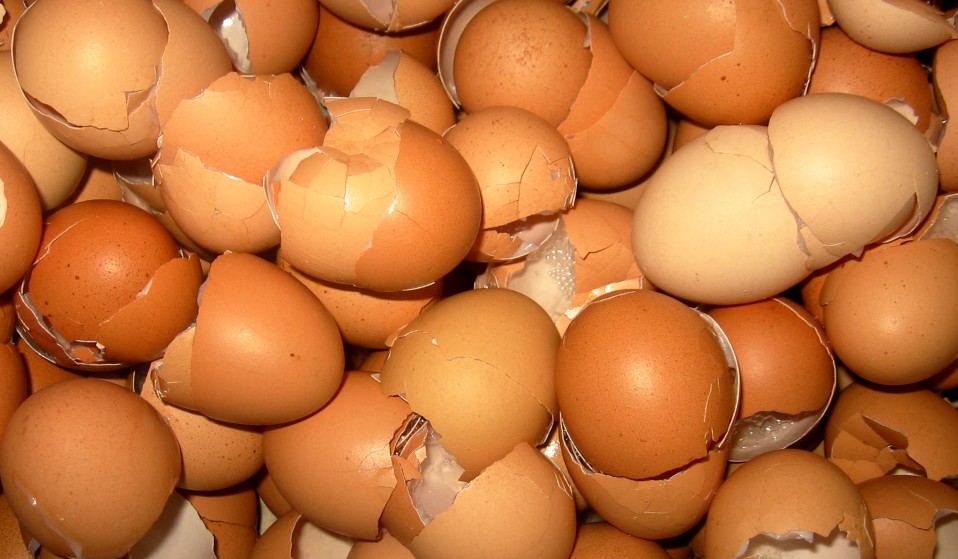 In February 2016 Feridon Rostami threw 90 eggs at the UK Home Office in London, and now he faces a £415 fine. Charlie Gilmour has vowed to raise all the cash for him. Here's why.

Heroes these days are about as rare as hen’s teeth. Most of mine are either languishing in prison, like Chelsea Manning, on the run, or just plain old dead. The coming of a true hero is therefore a glorious event: like a lottery win for all of humanity. As far as I see it, Feridon Rostami, 32, is such a man.

Mr Rostami came to Britain in 2005. His life in Iran, the country of his birth, wasn’t safe. His father, a member of the Kurdish Democratic Party, had been murdered in 1991 and as a critic of the regime and a radical atheist Rostami risked a similar fate. He looked to the UK for refuge and security.

Naturally, the British Home Office refused his application for asylum and have been desperately trying to send him back to Iran to face possible death ever since.

“If I go to Iran I will be tortured then murdered, I’m a radical atheist, I’m an advocate of atheism, a student of Richard Dawkins and Christopher Hitchens as well,” said Mr Rostami, who refused to cooperate with the authorities.

Rather than being offered sanctuary, Rostami was sent to a detention facility. During what turned out to be almost three years – 34 months – inside he carried out several acts of self-harm: he attempted to strangle himself, was found standing on a chair with a ligature, attempted to tie boxer shorts around his neck and to swallow liquid soap. Despite the misery of his situation, he said at the time: “I will stay in detention for the rest of my life but I will not return to Iran as I will be executed.”

After over a decade of abuse and persecution at the hands of the Home Office, on 2 February 2016 Mr Rostami finally snapped. He spent £7.29 of his £35 per week allowance on eggs and went to the Home Office to express his anger and frustration. “Criminals!” he shouted, while throwing a total of 90 eggs at the government building.

Britain is, I’d argue, all too often criminal in its treatment of those seeking sanctuary. Migrants can be detained – indefinitely – in facilities such as Yarl’s Wood while they wait for processing or deportation. Incidents of racism and allegations of sexual abuse are rife. Many, like Mr Rostami, spend years in such places. As well as robbing asylum seekers of their time, the government is robbing them of money too: court fees for immigration tribunals are set to rise by 500%.

Being pelted with eggs is the very least the Home Office deserves. And yet, despite all this, it was Mr Rostami who faced prosecution. Westminster Magistrates’ Court recently found him guilty of criminal damage and threatening behaviour and issued him with a fine of £405.37.

When I read the news, I knew I couldn’t stand by. Egging the Home Office is not something anyone should be penalised for. The detention and mistreatment of migrants in the UK is the real crime. Feridon Rostami is an egg-throwing hero.

Working with Mr Rostami, and his solicitor, I set up a fundraising page, which has just gone live. At the very least we should pay off his fine and reimburse him for the eggs too.

“Government cannot cut up the link of human bounds and have the last laugh,” said Rostami over email. Let’s prove him right.

Any funds raised in excess of the target will be donated to Refuge, a charity of Mr Rostami’s choice.

You can donate to the CrowdFunding page online now.

Linkedin
RELATED ARTICLES
OTHER ARTICLES
With the singer’s tour in full swing, we sat down the musical production company who made the electrifying show possible.
A campaign led by ex-torture survivors and refugee organisations has left the Tories with no planes left to carry out their callous scheme.
The Egyptian government are continuing the repressive mistreatment of environmental campaigners.
Over the weekend, the United Families & Friends Campaign organised a protest calling for an end to deaths at the hands of the police.
Whether it was seacoalers in Northumberland or the miners’ strike, the photographer was always fully immersed in the story he sought to capture.
We catch up with the singer in her London studio to connect the dots between music, painting and her relationship with the city.