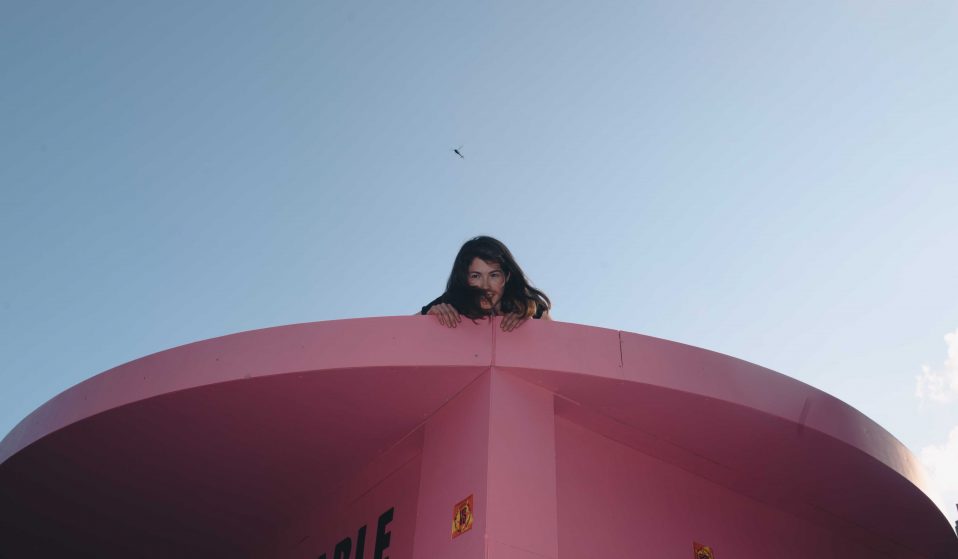 The activist group kicked off its latest mass protests by building a huge table in Covent Garden to demand that the government stops using fossil fuels.

The activist group kicked off its latest mass protests by building a huge table in Covent Garden to demand that the government stops using fossil fuels. Photographer Aiyush Pachnanda was on hand to capture the action.

Yesterday (23 August), thousands of people descended upon central London for the first day of Extinction Rebellion’s “Impossible Rebellion”. The rebellion marks the fourth iteration of the group’s extended periods of civil disobedience and action on climate change since they launched in October 2018, and is due to take place over two weeks.

Crowds gathered in Trafalgar Square yesterday to hear speeches from activists and organisers before marching through the streets. As they did so, a separate group of activists arrived in Covent Garden, setting up a four-metre high pink table, blocking one of the area’s busiest junctions. In a press release the group stated that the structure, which was painted with the words “come to the table” and included sleeping quarters, was “set to be the centerpiece of Extinction Rebellion’s Crisis Talks, the first, crucial part of the Rebellion, where the group intends to engage with the general public about the climate and ecological emergency and invite everyone to come to the table to discuss where humanity must go next.”

Activists locked themselves to the table and glued chairs to the road. Following the implementation of conditions on the protest via section 14 of the public order act by the police, officers moved in to start making arrests to try and clear the road.

According to the Metropolitan Police, as of 10:15pm last night 52 arrests had been made. Photographer Aiyush Pachnada was there to capture the action. 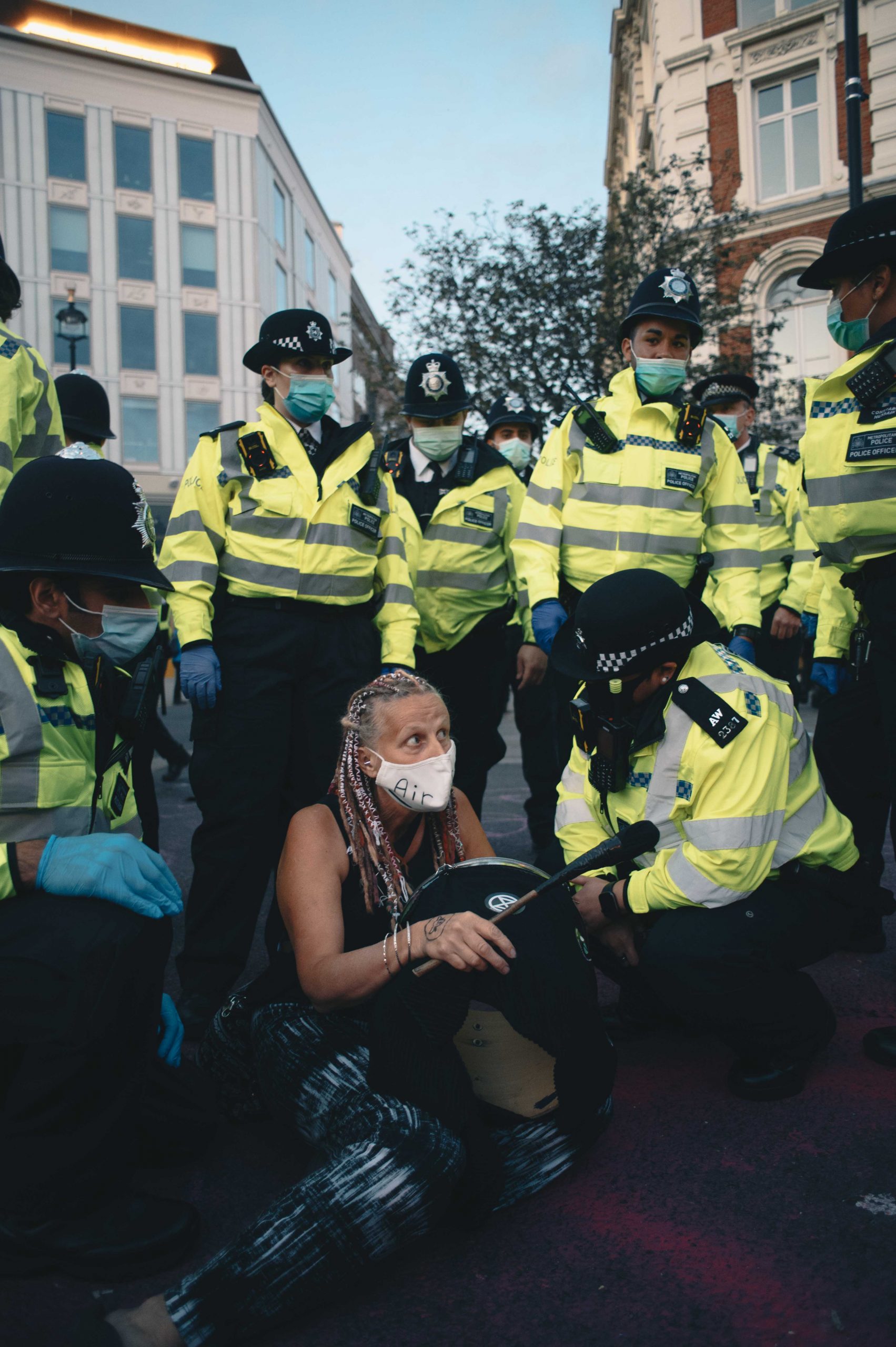 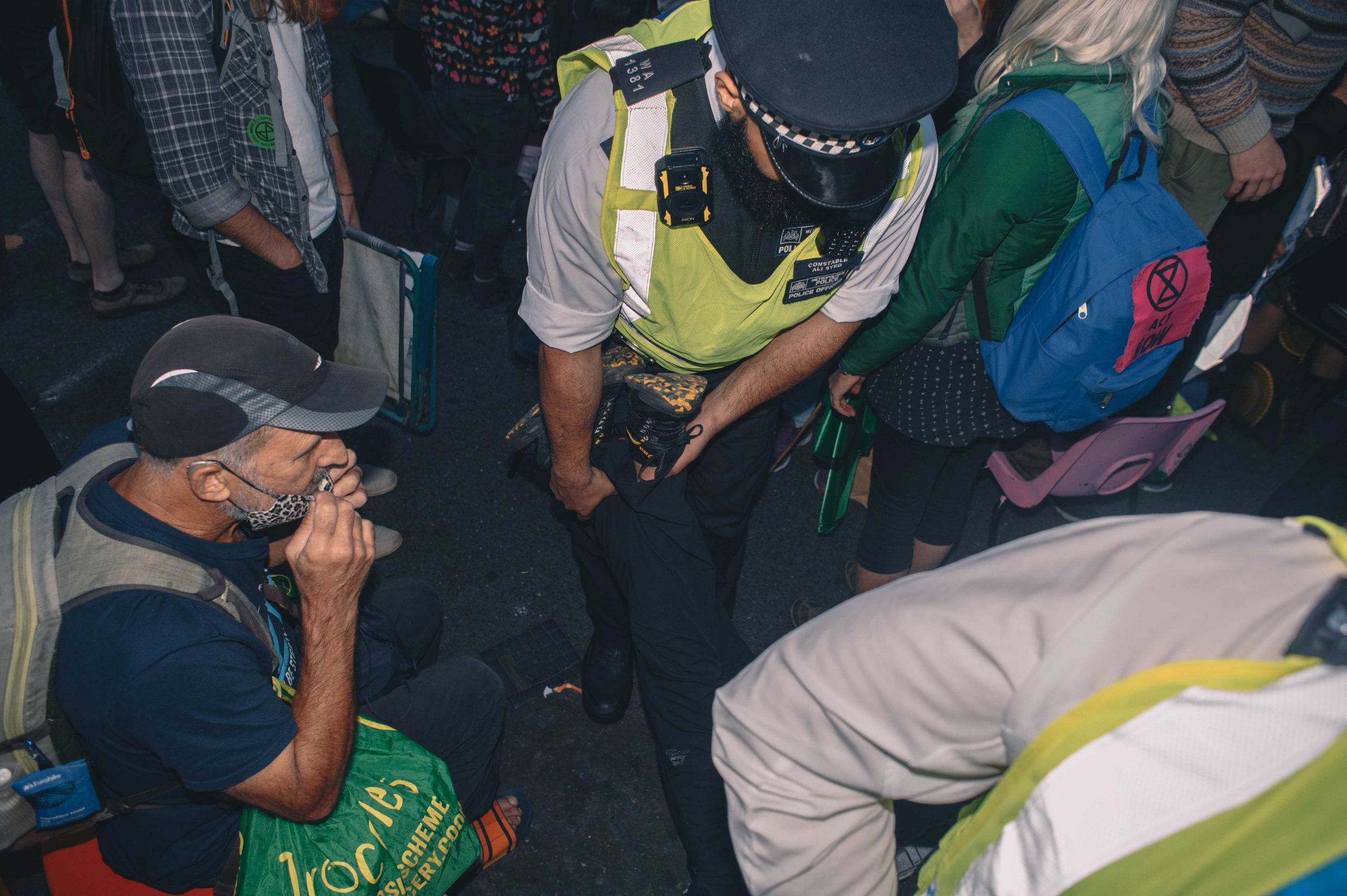 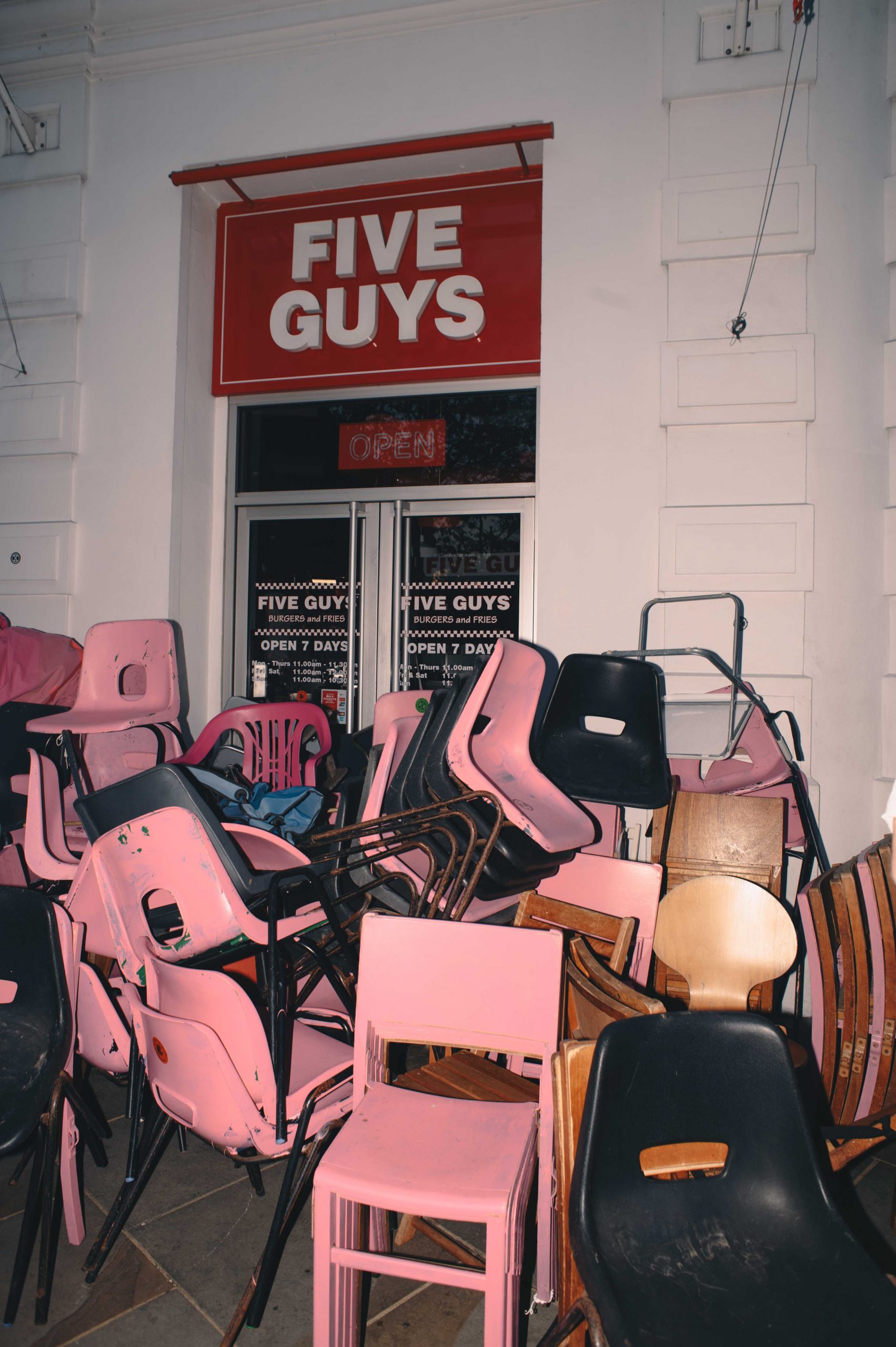 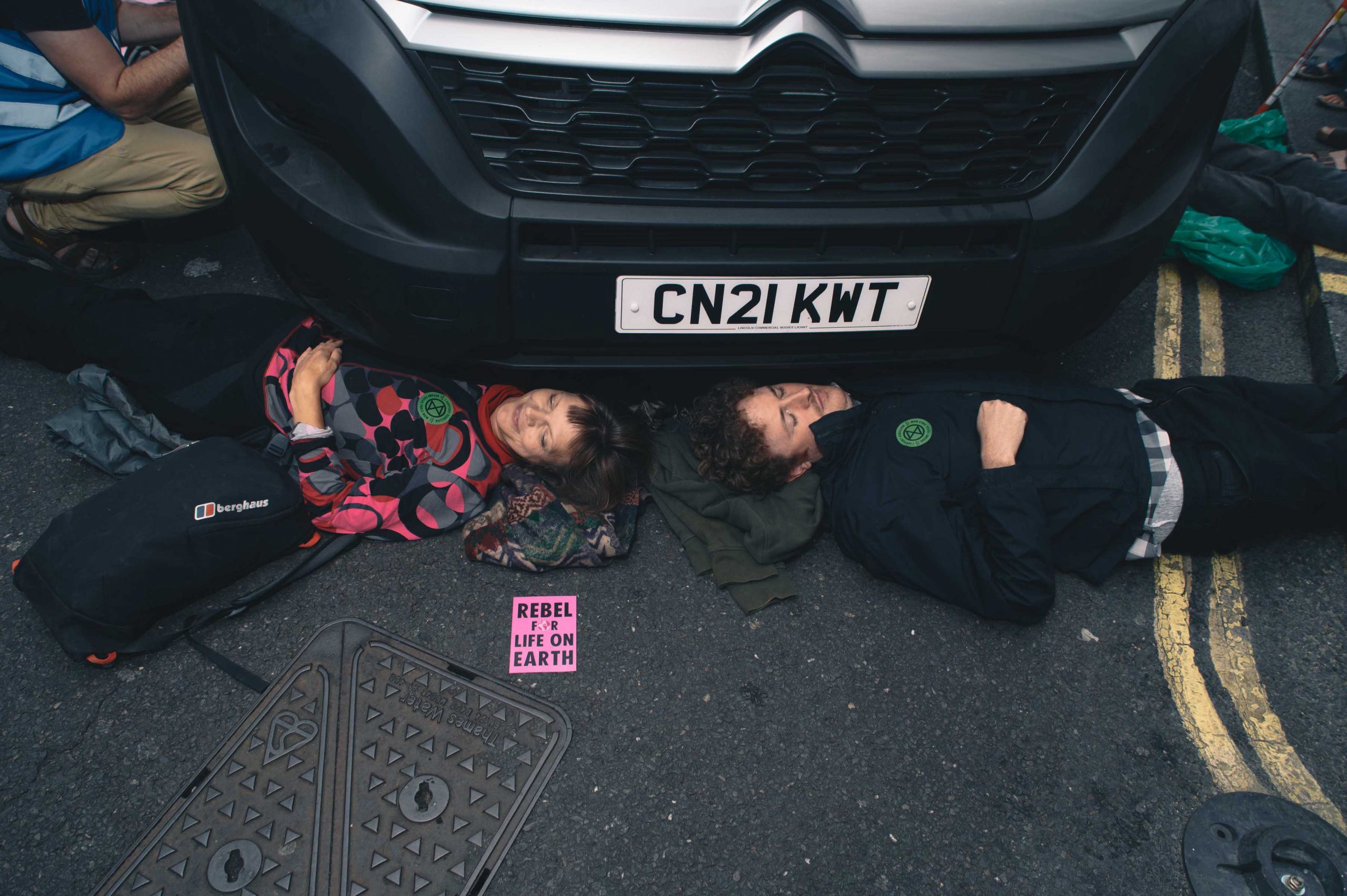 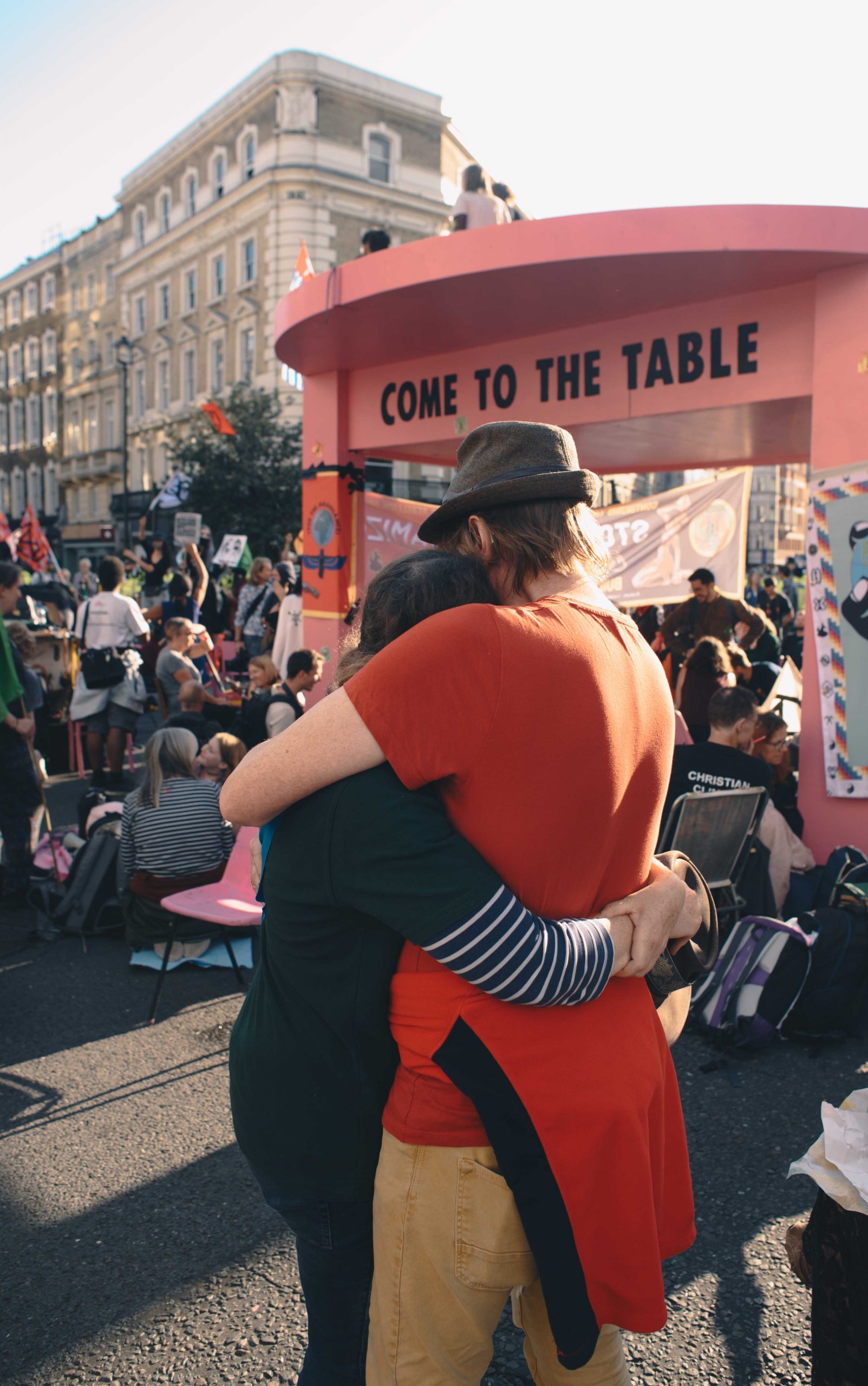 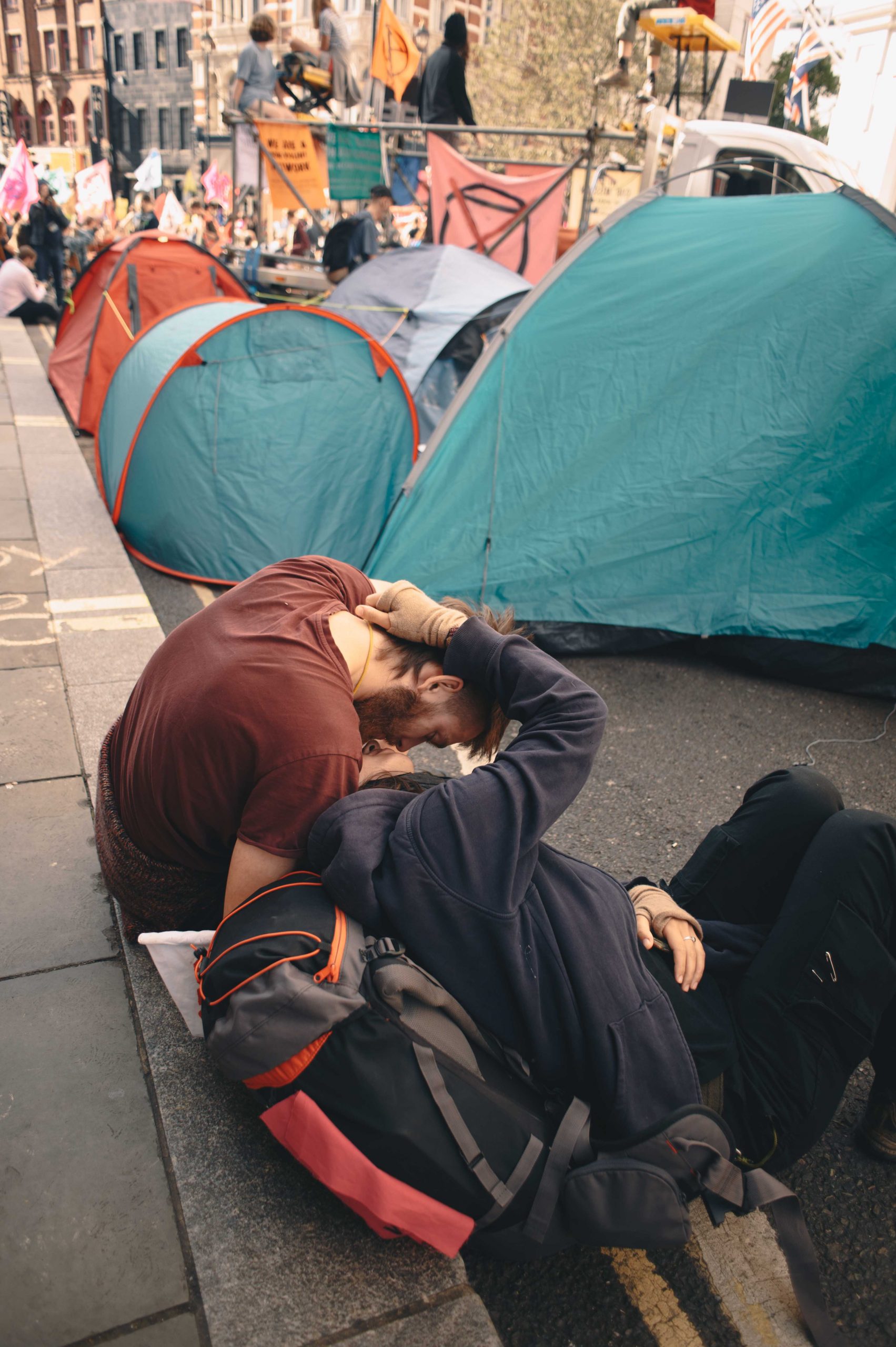 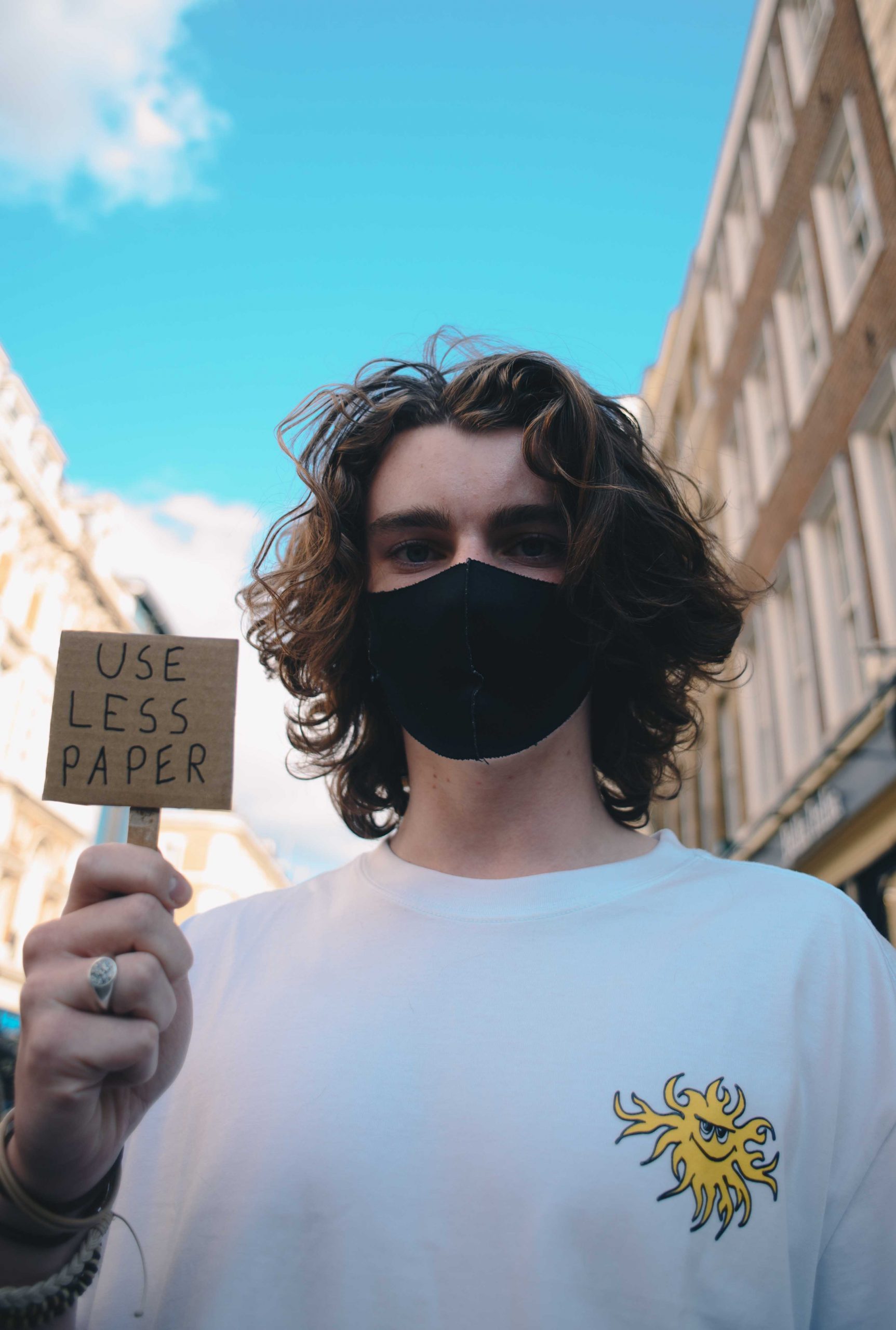 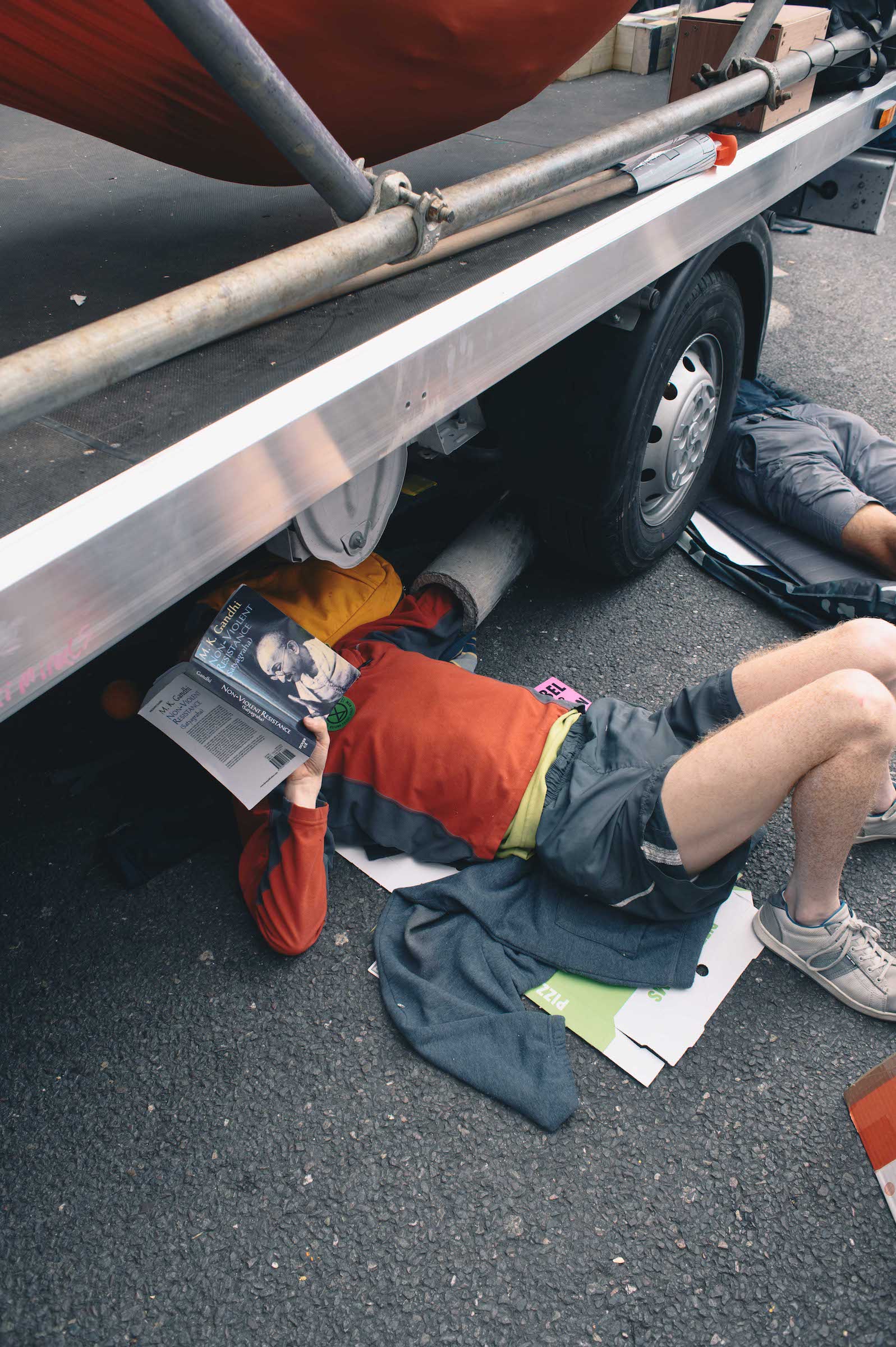 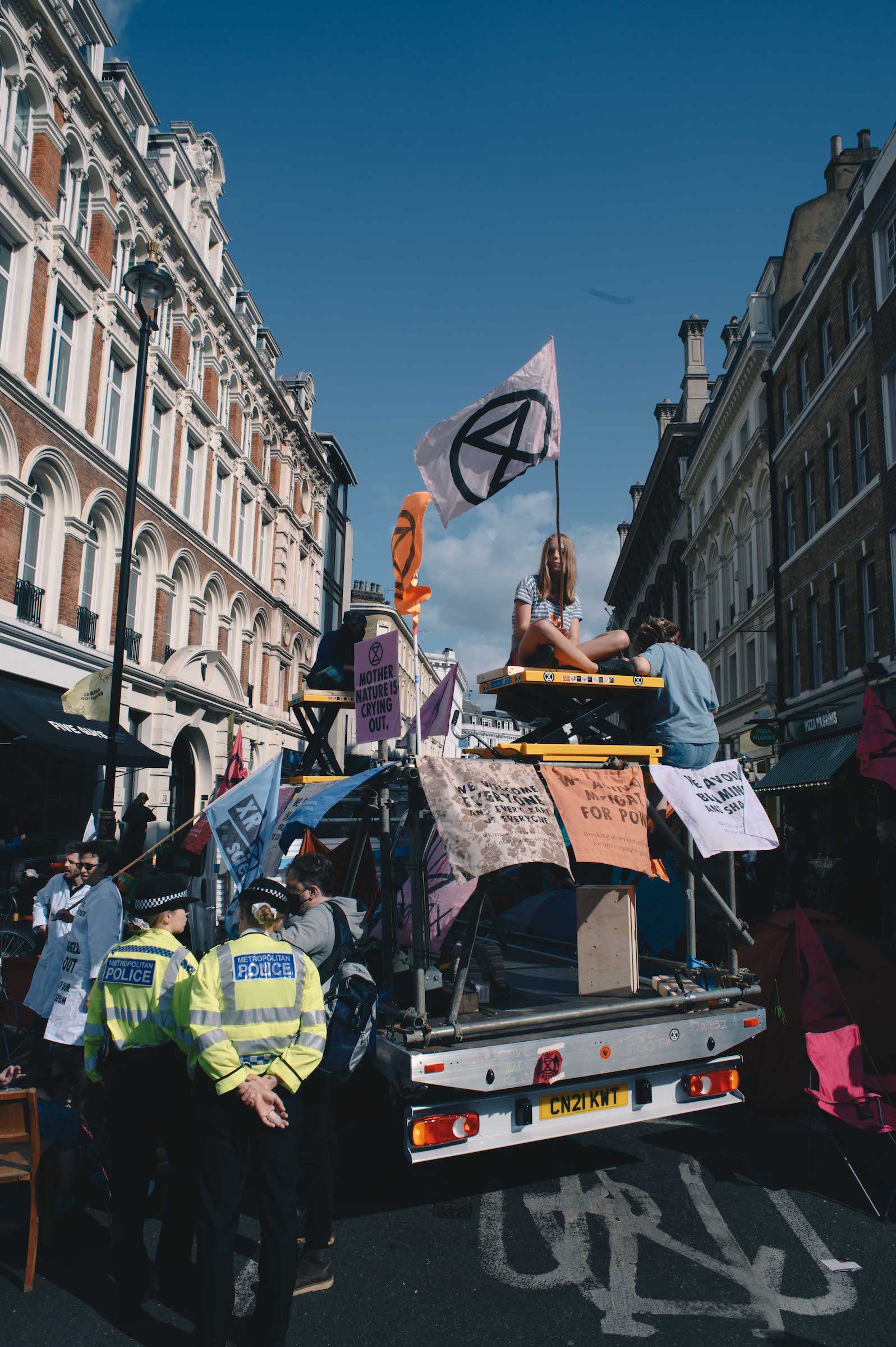 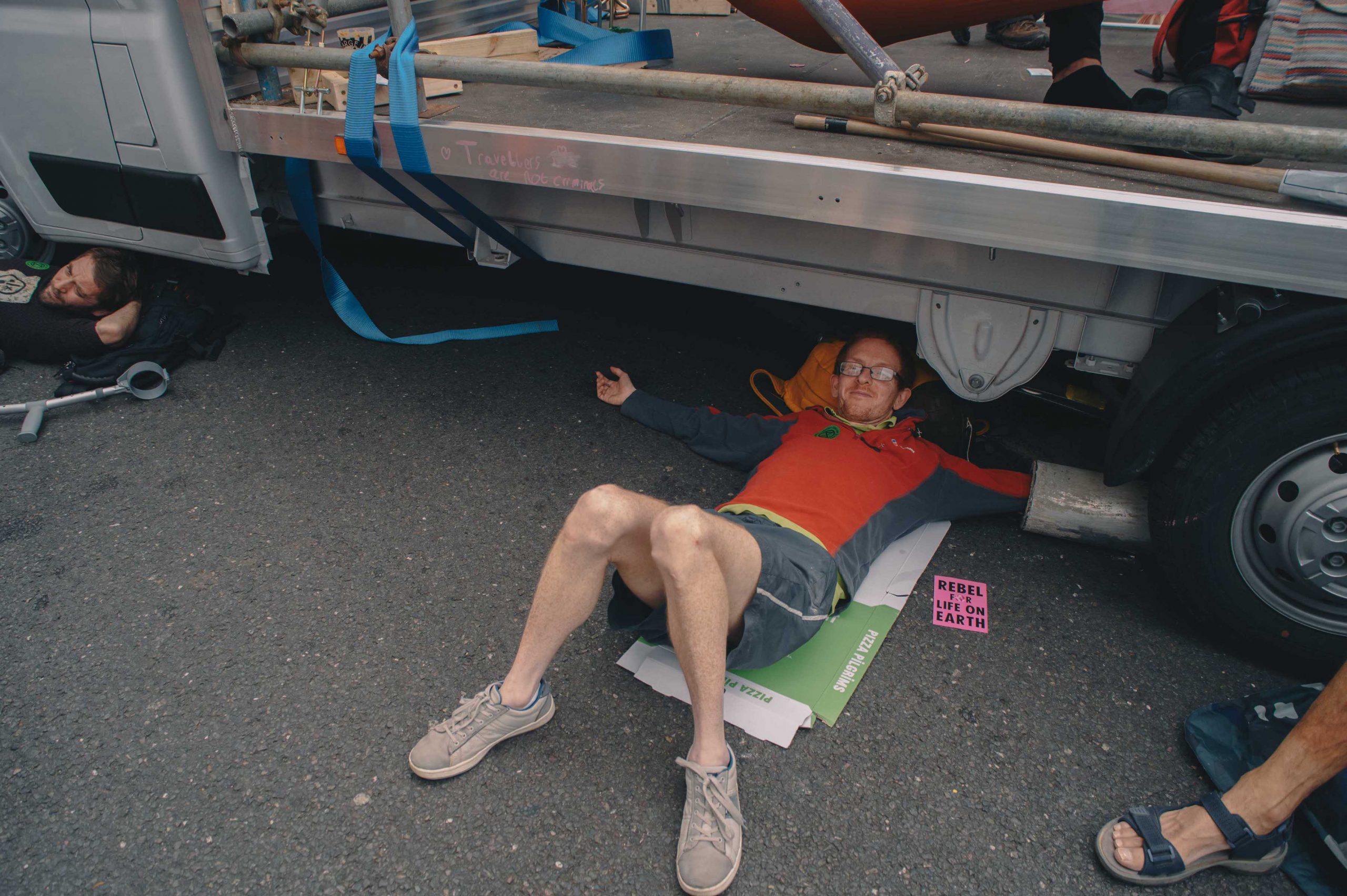 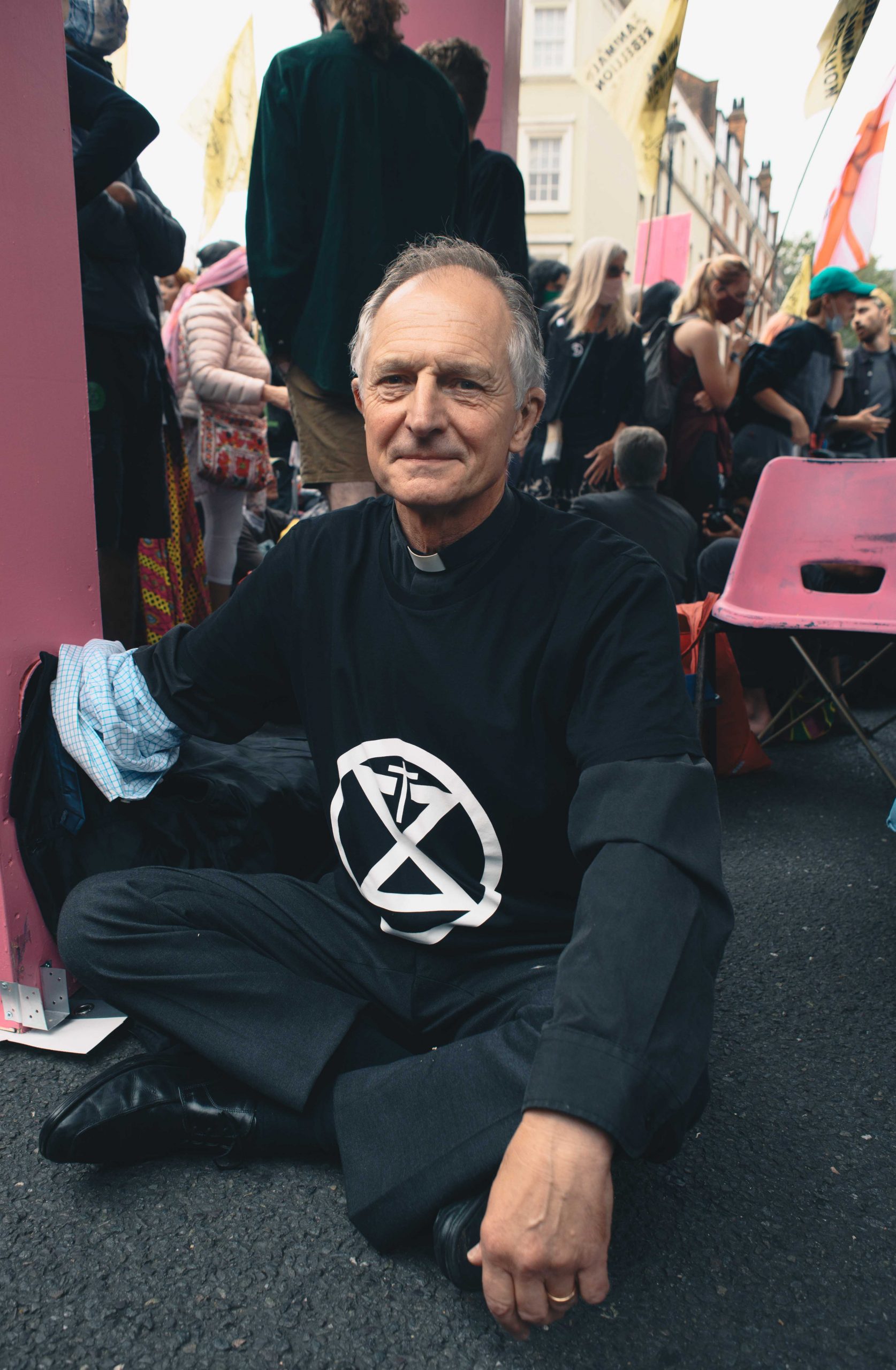 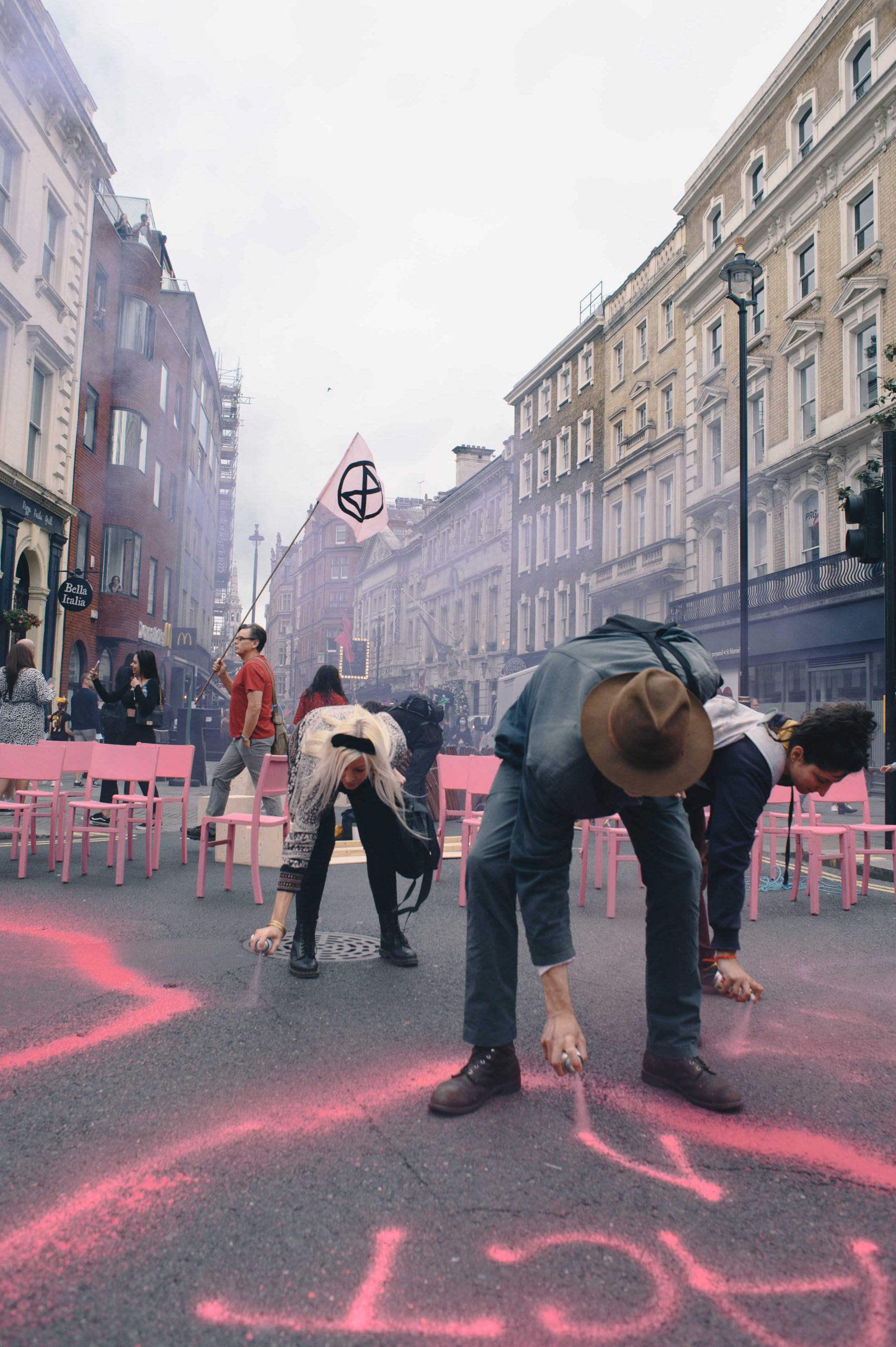 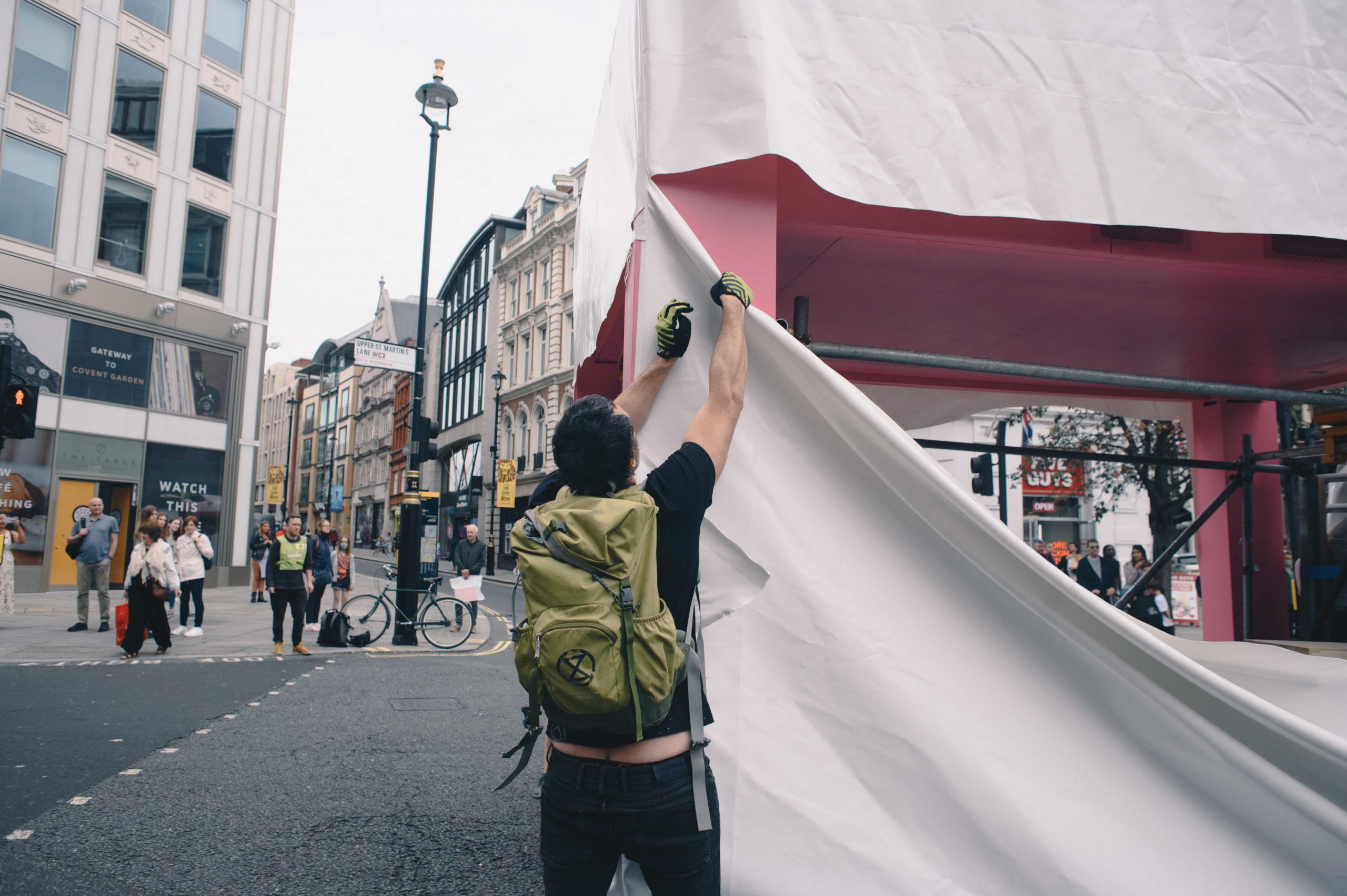 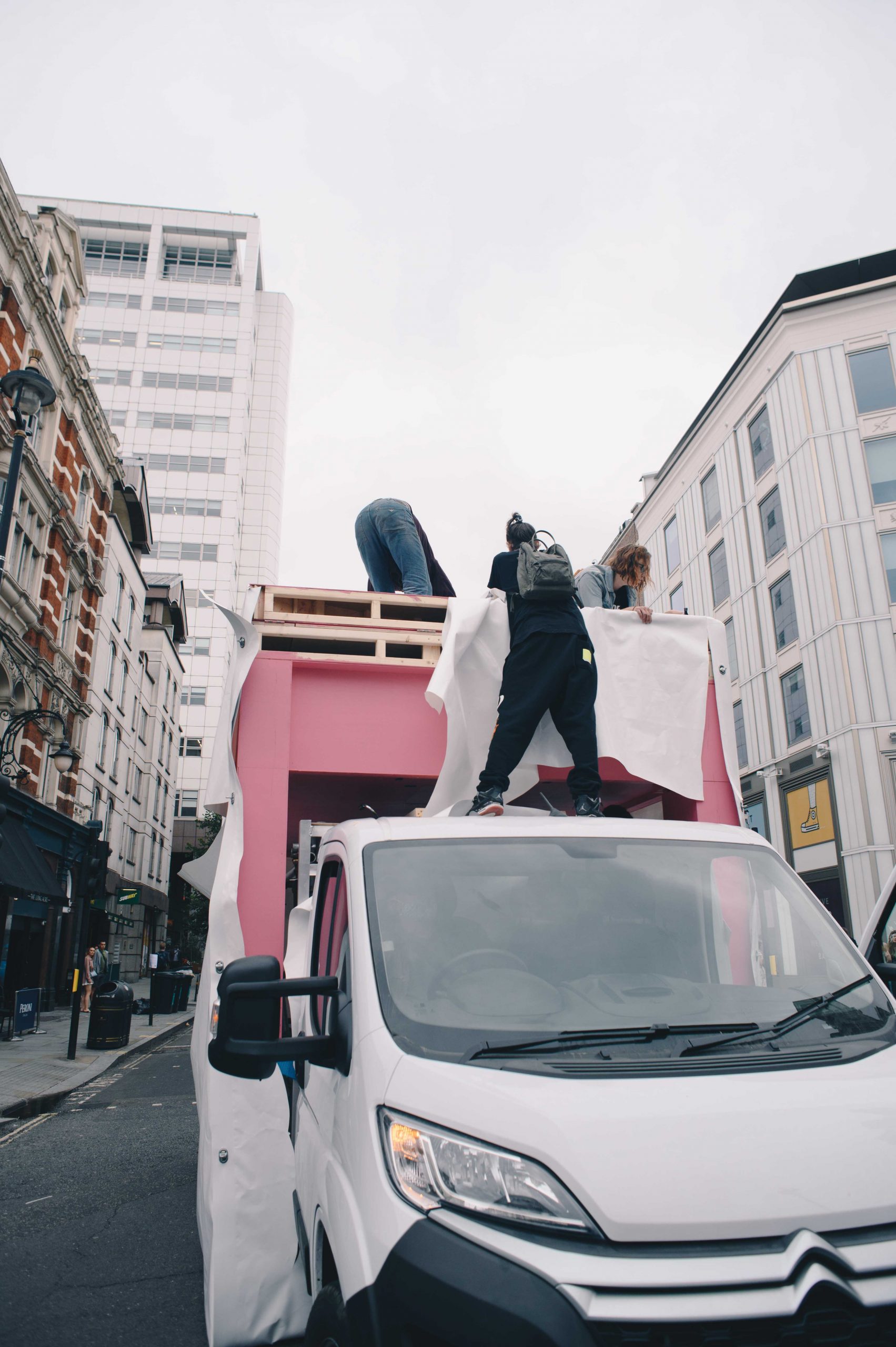 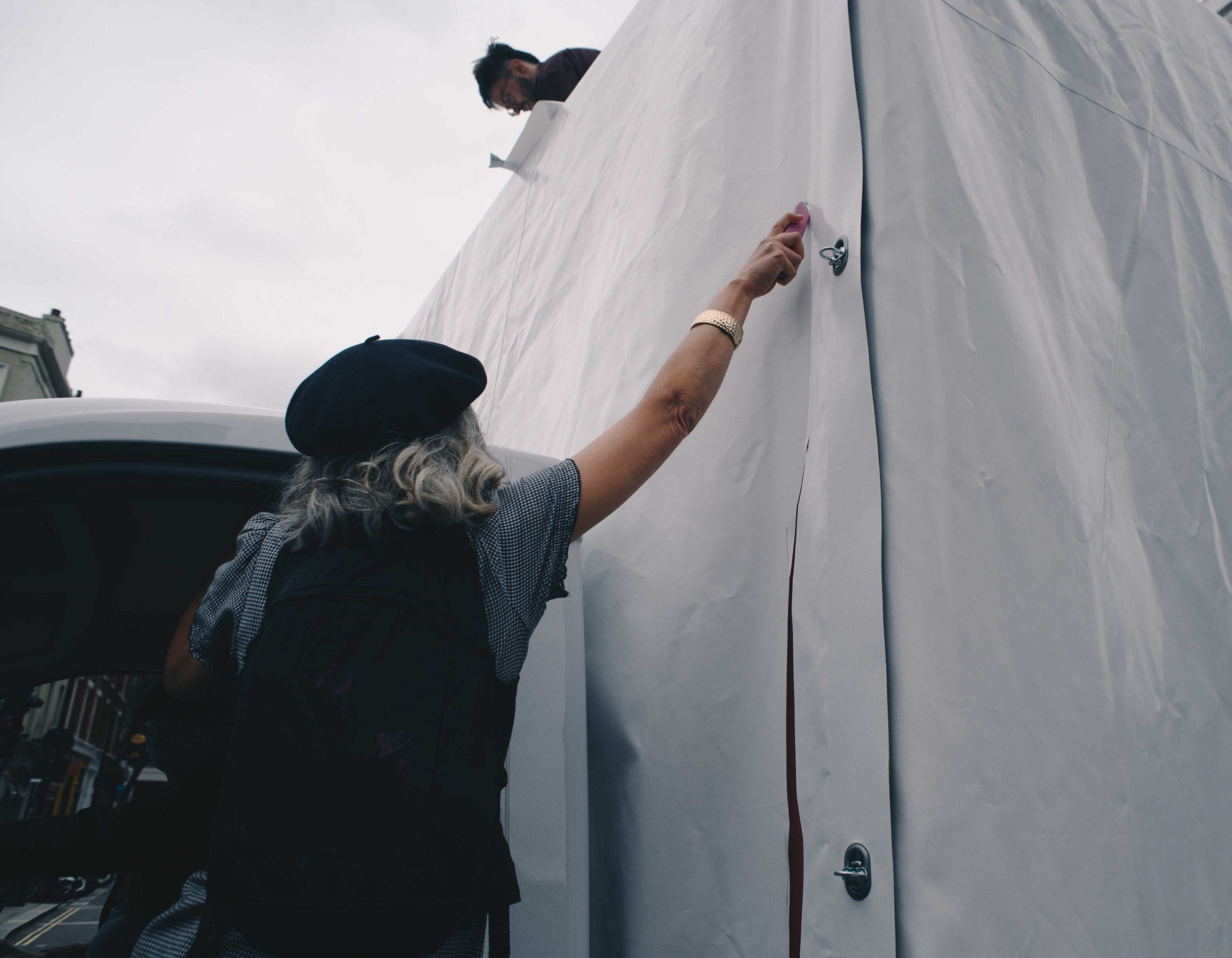 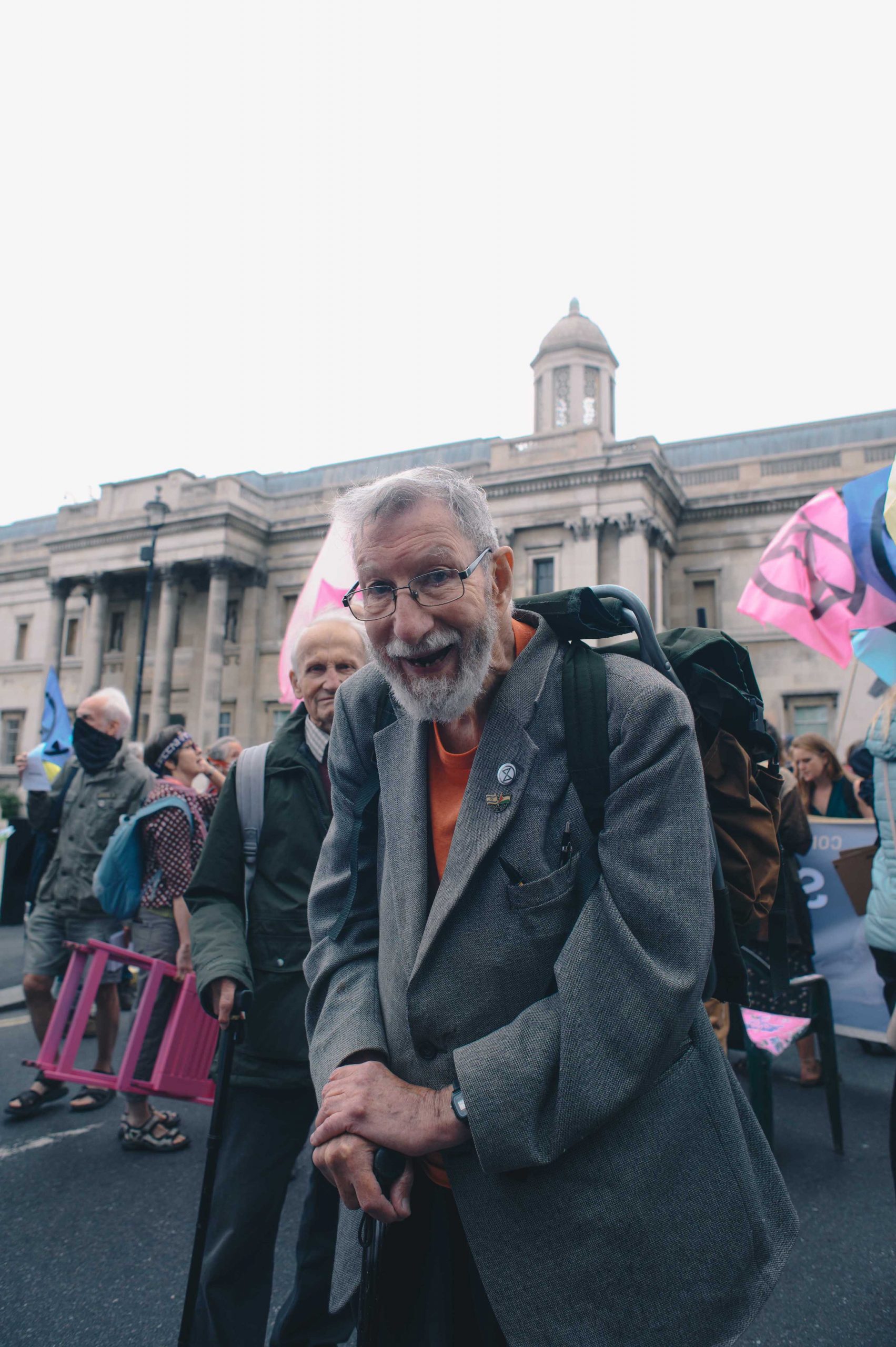 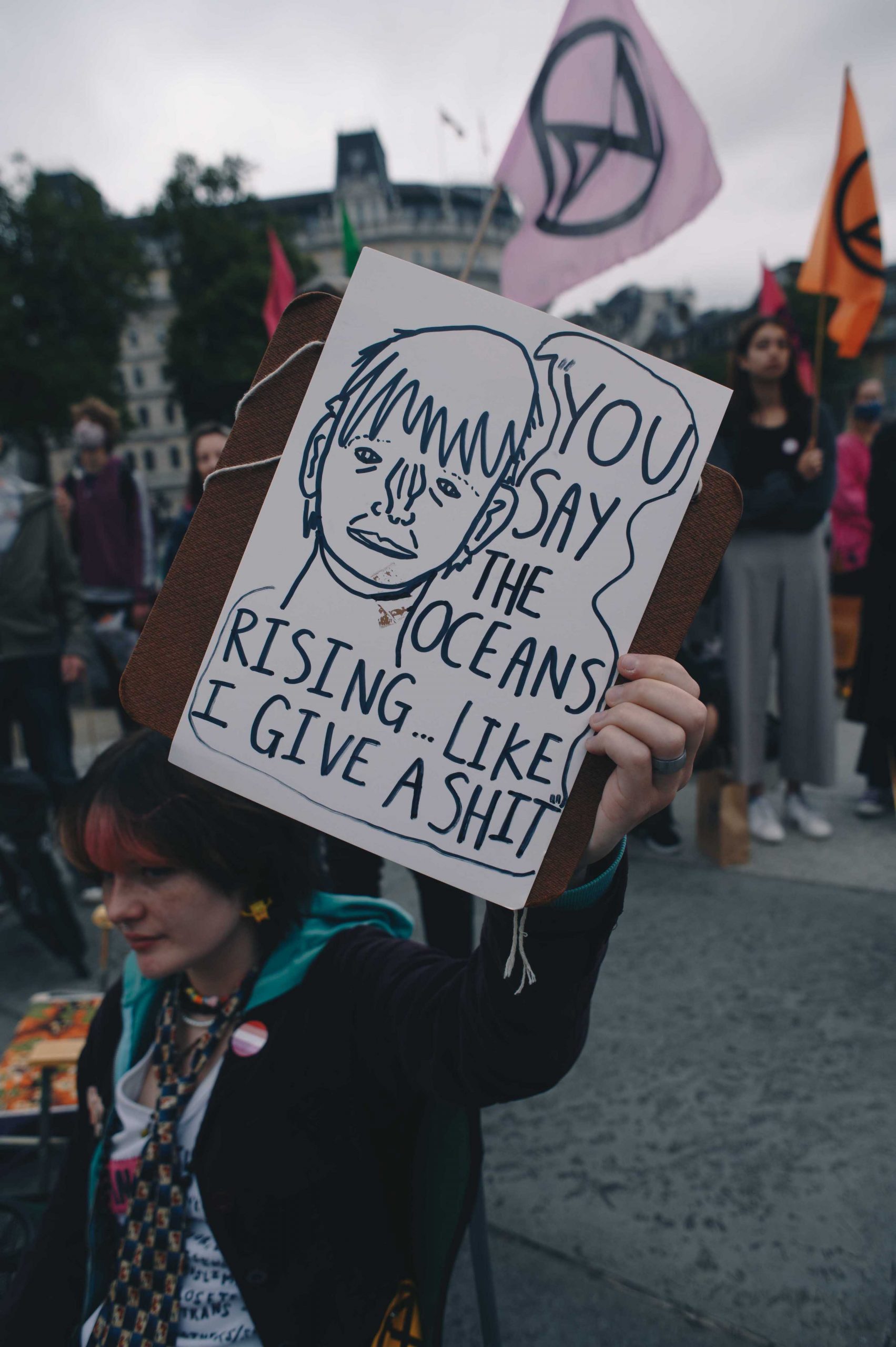 Linkedin
RELATED ARTICLES
OTHER ARTICLES
Birdy Chu reflects on documenting the historic moment in which the territory was formally passed back from the UK to China.
Cindy Campbell recounts how her brother ushered in a new era of musical culture at a party she held in the Bronx in ‘70s.
A group of young Palestinians have found temporary freedom in the act of parkour, reimagining wreckage and ruins as a series of high-octane playgrounds.
Financial turmoil is pushing people who work in the sex industry into more dangerous and desperate situations as a means of survival.
As the Scottish government announces a rent freeze, an activist with Living Rent who fought and won shares how they did it, and what must come next.
Rogue landlords are exploiting young and inexperienced renters and leaving them in mental and financial turmoil, reports Niall Hignett.