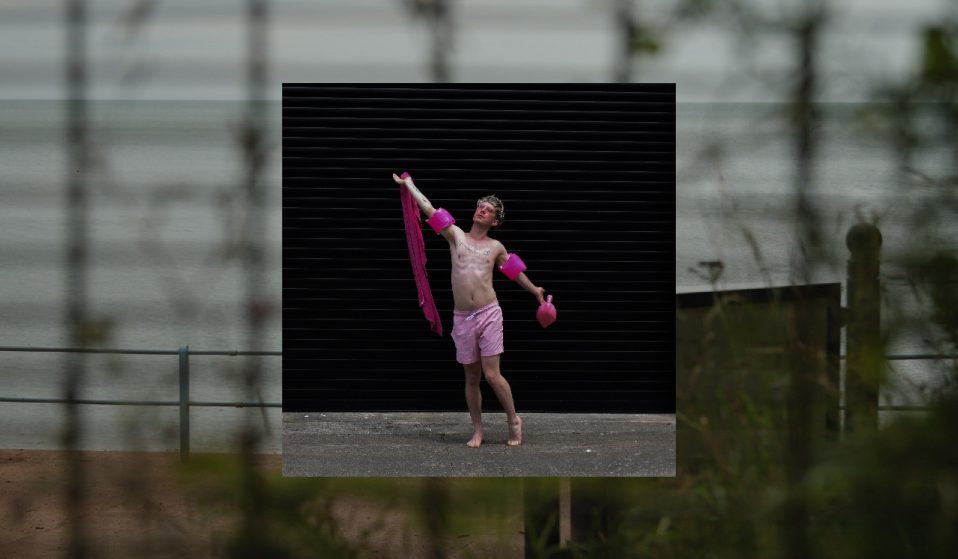 Poverty and deprivation are rife in the UK’s seaside towns. For LGBTQ+ communities, this can have a particularly devastating impact.

Poverty and deprivation are rife in the UK’s seaside towns. Writer Tom Stockley, who grew up in Torbay, describes how for LGBTQ+ communities, this can have a particularly devastating impact.

It was the summer of 2020. The pandemic was in full swing and I had returned to my childhood home after losing my rented place in Bristol along with my work, a long-term relationship and reasonable chunks of sanity. I had spent the last few years in a queer awakening, coming out as bisexual and finding a community that understood me. Now, I found myself on the outskirts of a council estate in a small coastal town, 20 miles from the nearest city. Home.

At 26-years-old, I had ended up back in the place that, for better or worse, had been the backdrop to my formative years. It’s a strange and often misunderstood experience to come from somewhere like this. People remember the bright colours of the piers, plastic buckets and beach huts, but few have visited outside of the summer months.

Even fewer still have visited the parts of these towns tucked away from the coastline. In Torbay, my home, the beaches make up roughly 25 per cent of the borough (formed of three towns and smaller, interconnecting neighbourhoods). This seems like a pretty good ratio on paper, but what is life like in the other 75 per cent? In the surrounding miles of disenfranchised high streets, snaking 1980s terraces and littered parks you’ll find a very different postcard – more Ken Loach than Costa Blanca. 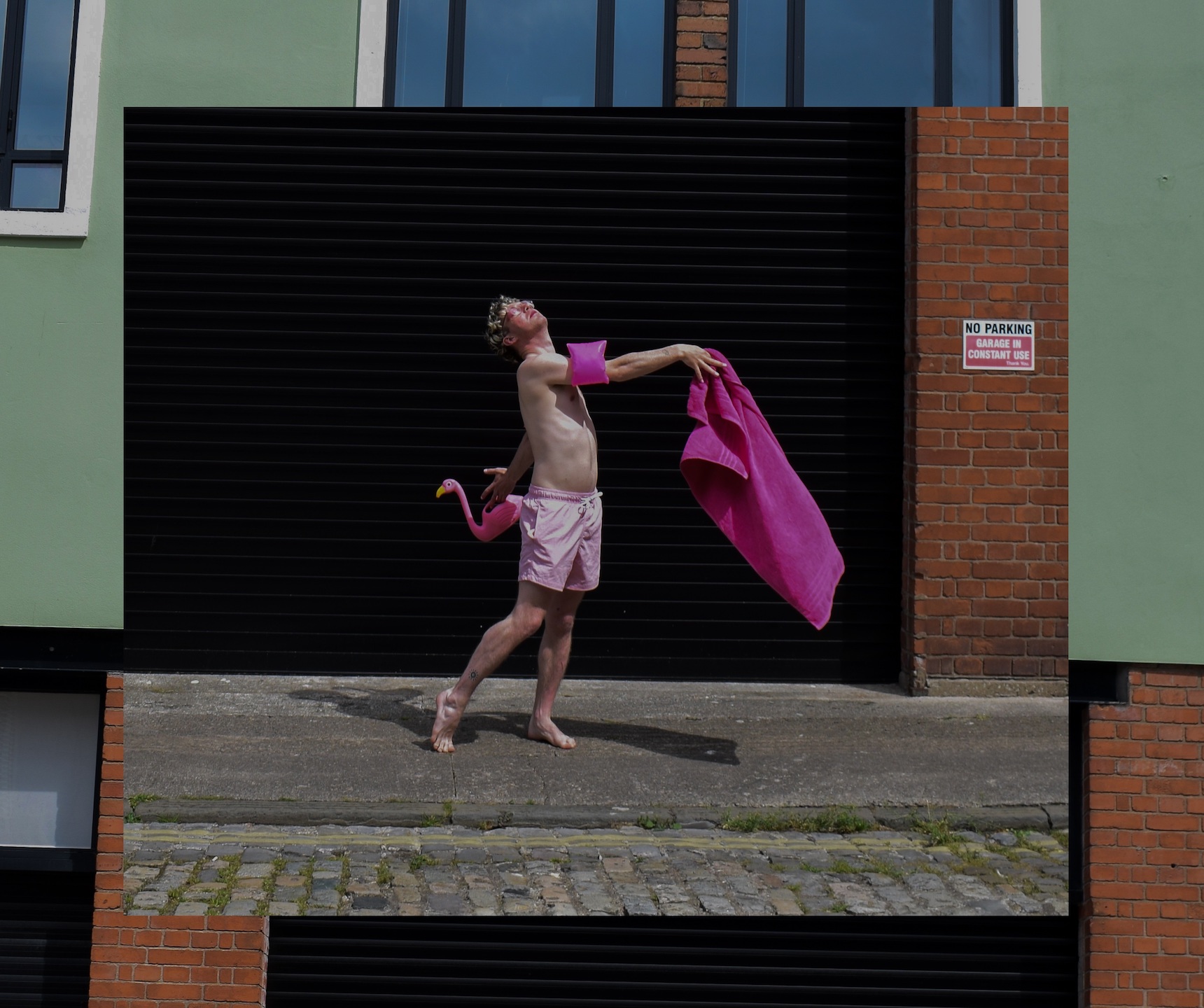 A 2017 survey by the BBC revealed that out of the 10 areas of the UK with the lowest average wage, 50 per cent are coastal towns. Seaside towns also have higher rates of unemployment than non-coastal towns as well as a lower proportion of residents with degree-level qualifications, according to figures from the Office for National Statistics (ONS). Torquay, the town where I grew up (and its surrounding area of Torbay) regularly appears in these statistics – ranking third for the number of children in care. The second and highest rates are also found in coastal towns. Numbers for domestic abuse, suicide and children living in poverty rank similarly, with some statistics up to twice as much as the rest of the UK. All the top 10 of the UK’s most LGBTQ+ friendly places are big cities and only one (Brighton) is on the coast.

I grew up on the edge of a council estate in one of Torquay’s most notorious neighbourhoods. Unemployment, addiction and burned-out play parks were ubiquitous throughout my childhood, despite being only two miles away from the heart of the English Riviera – famed for its lush landscapes, sea views and paradise status. I still have vivid memories of litter being thrown at me from cars, followed by words like ‘faggot’ and ‘poof’ when I wore my first pair of red skinny jeans from the women’s section of Primark. Before I even knew who I was, it was made very clear to me that who I was wasn’t OK.

In my own personal game of Torbay Bingo, I like to see how long it takes for someone to bring up Fawlty Towers, Agatha Christie or Channel 4’s The Hotel when I mention where I’m from. People very rarely mention the other local specialities of WKD (the alcopop connoisseurs have their head office in the town), teenage pregnancy (once the highest in Europe according to figures from the ONS) and a longstanding Conservative political leaning. Granted, these facts aren’t as fun as a slapstick hotel or a murder mystery, but cheap booze and social deprivation were a bigger part of my childhood than Manuel or Poirot.

For me, and many others, it’s hard to talk about queerness without mentioning class. Queer people of every social niche face oppression, but for some of us, that struggle is intersected with our home, our family and prospects of education, housing and employment. With a lack of role models, cultural capital and the first few years of my education still within the clutches of Section 28 (the “promotion of homosexuality” in schools was illegal until 2003), I simply didn’t have the education or the language to know what it meant to be queer. In secondary school I knew one person who was out and gay and, looking back, that was an incredibly beautiful thing. 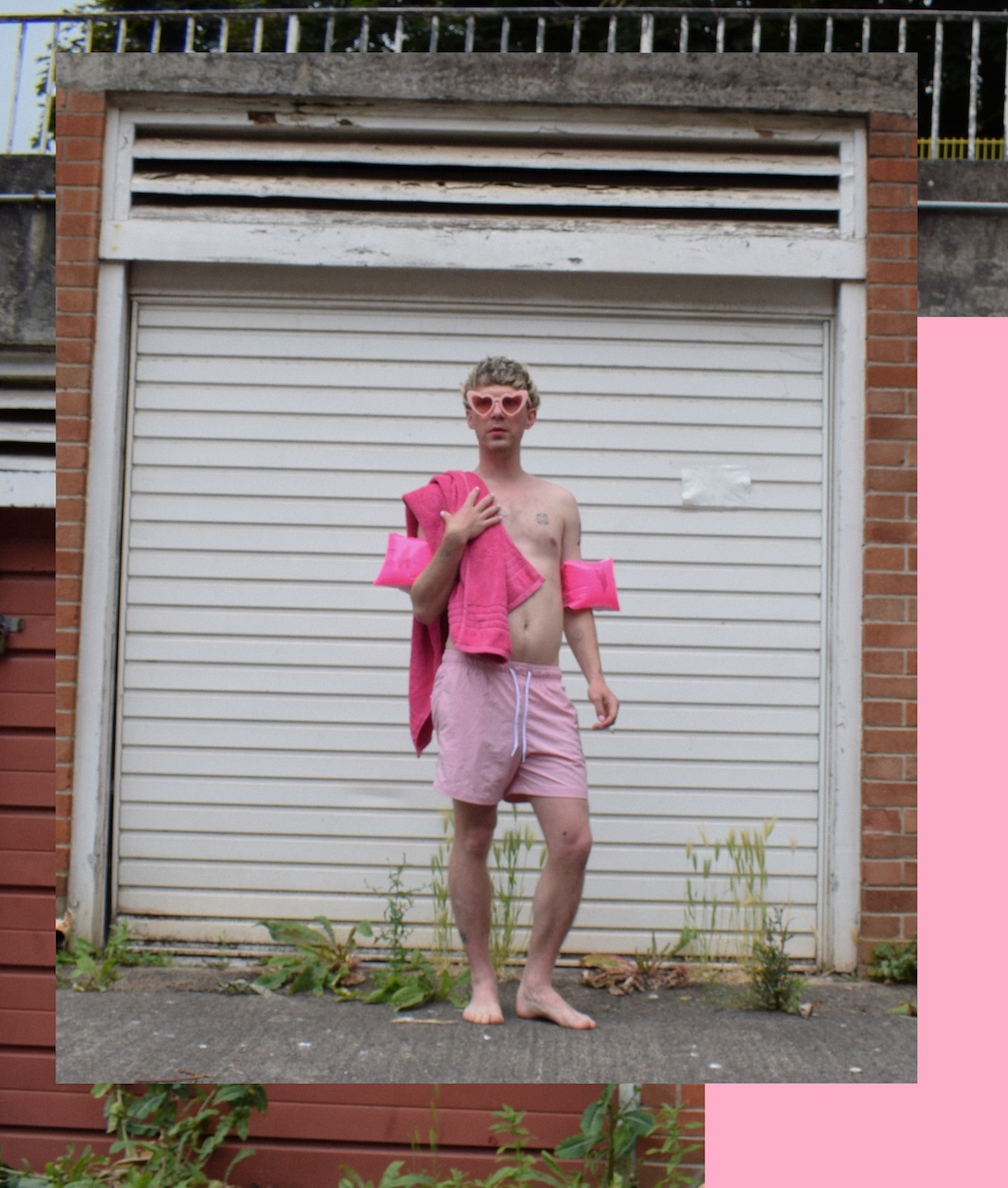 But for someone who didn’t fit too neatly in any prescribed category, I became a subconscious social chameleon. A general teenage feeling of otherness and the occasional confused look at another boy was buried by compulsory heterosexuality and a string of hormonal relationships with women for another decade.

Reaching out to other queer people who have grown up in working-class coastal towns has made me realise that I’m not alone. Crow, 25, from Scarborough, says that while they started learning about queerness in their hometown, they didn’t embrace their “full trans self” until moving to York. They told me that they still struggle to go back to their hometown and reconcile their identity. “There’s this huge disconnect between who I am as a queer trans person and the place I grew up, almost like I exist now in spite of that period of my life,” Crow says. “Even when I’m walking on the beach when nobody is around, I just can’t shake the sense of there being something inherently wrong.”

I also spoke with Kathryn, 34, from Bridport. It’s not unusual for Kathryn, who identifies as asexual, to feel as though their sexuality is overlooked – even within the queer community. But growing up in a small coastal town, it was as though her identity simply didn’t exist. “It was only when I moved away, to a town near a city, that I met someone who was proudly gay and I started to question the narrative I’d told myself about my life,” she says.

There is a beauty and a sadness about working-class coastal life that some queer people can relate to. Garth Gratrix, age 30, an artist and curator who hosted online talk The Coast Is Queer in 2021, has had some positive experience in his hometown of Blackpool. “In my experience the coast in inherently queer. I think it runs parallel to the clandestine ways in which queer people, and queerness itself, exist on the edges,” he says. Class, too, has influenced Gratrix’s career and sense of identity: “When looking at the coast and class, I think what I’ve learnt in my lived experience in Blackpool is that I am able to orientate myself… I feel being seen as ‘low class’ has taught me to care less and action myself to do more about it.”

Taran, age 30, from Cornwall, echoed some of the more positive aspects of queer life on the coast: “I found community and my first interactions with other queer folk through the Cornish language,” she says. “Seen as this ancient dead thing, to me, it was a lifeline to a vibrant world that continues to connect me to home even though I am no longer there.”

For me, acceptance came when I landed in Bristol in 2018 and found myself in the throes of queer cabarets, drag nights and trans fundraisers. Like the classic arcade machine of my seaside youth, every penny dropped in unison. I realised that all the ways I saw myself, my body, my femininity, my capacity for love and romance, was accepted in these spaces without question.

We already know that the LGBTQ+ community faces disproportionate discrimination in areas of mental health, healthcare, hate crime, employment and education. 50 per cent of LGBTQ+ young people have experienced depression, with one in eight attempting to end their own life. Those that are also residents of deprived coastal towns face a further increase in isolation due to geographic, cultural and economic circumstances, leaving little chance that queer young people are able to access the support and solidarity that they need to be authentically themselves.

As a teenager, I had little awareness that I was existing on such fragile intersections. As a queer person living in a working-class coastal town, the statistics were stacked against me. In hindsight, I think this provides at least some context to my teenage years spent struggling with mental health, drug use and questionable relationships.

Today, there are some breakthroughs in terms of LGBTQ+ visibility in Torquay. Local charities Kushbai and Proud2Be support hundreds of queer people in the area through social meet-ups and activities, and there is a noticeable rise in LGBTQ+ themed nights and drag shows in the town’s few gay bars.

But our voices still remain largely unheard. I hope that more young people from working-class towns on Britain’s coastline can be part of these conversations and know that they are not alone. In the English Riviera, and places like it, the coastal sunshine still casts the darkest shadow on those whose identity sits in the cross hairs of queerness, coast and class.

Linkedin
RELATED ARTICLES
OTHER ARTICLES
After blocking the Scottish government’s gender recognition reform bill, Westminster is now devising further changes to the law to make it harder for trans people to self-identify.
After fleeing the war in Ukraine, people are finding it impossible to secure affordable and decent housing in the UK.
Mass crustacean die-offs in the North East have led a community of fishermen to take action to save their seas.
After building his reputation covering the US civil rights movement in the 1960s, the photographer went on to produce some of the most enduring images of the past century.
Taking us through one of the most dynamic years in recent history, Laylah Amatullah Barrayn new photo book contains tender yet confrontational portraits.
After a two-year hiatus and a new album, the Nigerian artist is riding high. Now, he wants to bring his alternative, genre-bending sound to the world.