News & Politics / Politicians are trying to rewrite history with their ‘British Empire 2.0’ 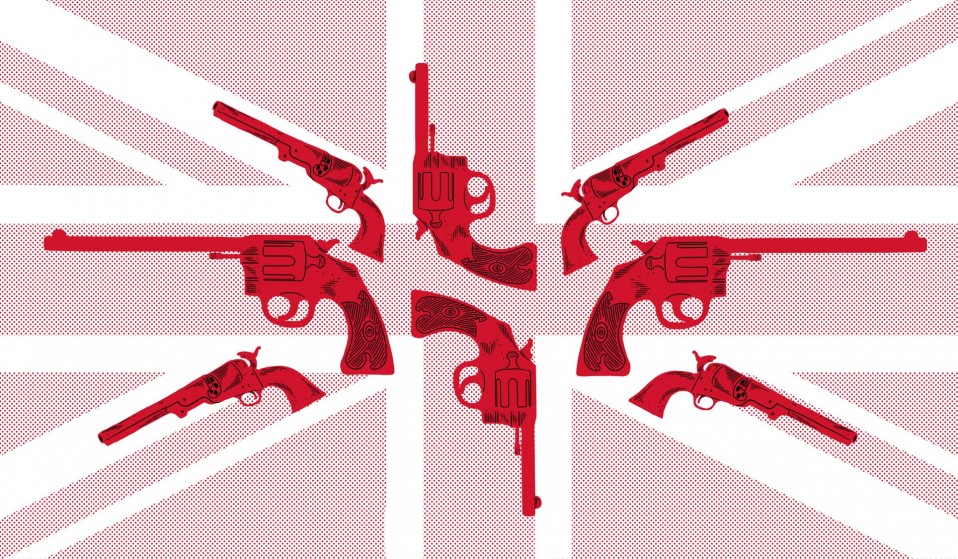 With Britain leaving the European Union, politicians are talking of "Empire 2.0". But it's time we face up to the harsh realities of our colonial past.

With Britain set to trigger Article 50 and its departure from the European Union, the outlook for the UK looks pretty bleak. In the corridors of Whitehall, politicians are talking of an "Empire 2.0". But it's time Britain faces up to the harsh realities of its colonial past, says Indian politician and author Shashi Tharoor.

With Britain set to cast itself adrift from the European Union, fantasies of a return to the good old days of empire are taking root in the halls of power. On the morning of 6 March, The Times reported that the British government would be looking to ramp up trade with the nations of the Commonwealth, a move Whitehall officials are said to be dubbing, “Empire 2.0”.

There was a time, famously, when the sun never set on the British empire. When vast sums of money from all over the world flowed into the city of London, funding Britain’s rise and powering its industrial revolution. Looking at the insecure state of the UK today, it’s perhaps understandable that this government longs for a time when Britain was top dog, more powerful and more wealthy than any other nation in the world.

But that power and wealth came at an enormous cost. Over 35 million Indians died of famines caused by British misrule. Talking about the Bengal famine of 1943, Winston Churchill said: “I hate Indians. They are a beastly people with a beastly religion. The famine was their own fault for breeding like rabbits.”

5.5 million African slaves were taken to the Caribbean colonies by British slave traders. Concentration camps were created by the British empire during the Boer War. Up to 100,000 Kenyans were killed by the British during the Mau Mau uprising, which demanded freedom from British rule. I could go on.

The costs of empire are not just counted in dead bodies. At the beginning of the 18th century, before British rule, India’s share of the world economy was 23%. By the time the British left, it was a little over 3%. Across the world, Britain destroyed local economies in the name of serving her own, a legacy that endures to this day.

On the morning of the “Empire 2.0” headlines, I speak to the Indian politician and author Shashi Tharoor. Tharoor worked for the UN for 29 years and is now an MP in India for Congress, which has been India’s main party since independence and is currently in opposition to Prime Minister Narendra Modi’s BJP.

Tharoor’s new book, Inglorious Empire, details the enormous economic damage done to India during almost two centuries of British rule, takes apart the hypocritical idea that some of what the Raj did in India was for the “good of India” and calls for an end to the monumental ignorance surrounding the subject.

Tharoor laughs when I ask him about ‘Empire 2.0’: “Well, Empire 1.0 was a bad idea, to put it mildly. Why would you want a second version? Besides, those terms of empire are not on offer today.” He adds that, when it comes to the depredations of empire, “it’s all very well to forgive, but you cannot forget… All this laudatory nostalgia for Britain’s imperial past seems to come from people who have been literally overtaken by history and who do not know what they are talking about.”

“Postcolonial melancholia”, the term coined by renowned Professor and author Paul Gilroy to speak of the unprocessed mourning for and yearning for the glories of empire, is rife among leading Conservative politicians.

Here’s Foreign Minister Boris Johnson: “Africa may be a blot, but it is not a blot upon our conscience. The problem is not that we were once in charge, but that we are not in charge any more.”

And here’s Minister for International Trade, Liam Fox: “The United Kingdom, is one of the few countries in the European Union that does not need to bury its 20th century history.”

Both these expressions illustrate something Gilroy once told me: “Britain might learn too many uncomfortable truths about its history if it was known and considered”. The manufactured ignorance surrounding them is astonishing.

Inglorious Empire sets out to address this. It may not break much new scholarly ground, but it is a rigorous, compact and compelling book that has the chance to become popular in a way that other searing critiques of empire have never quite been able to.

Tharoor notes that in the past fifteen years, the three bestselling authors of books on empire have been Niall Ferguson, Andrew Roberts and Lawrence James. “They are all defenders of empire,” he says. “Actually, it’s worse than that. They are boosters for empire.”

Tharoor has precedent when it comes to bringing the subject of empire to the public. In 2015, he took part in a debate at the Oxford Union about whether Britain owed its former colonial subjects reparations. Arguing that it did, Tharoor’s speech went viral.

“Initially, I was very surprised by how popular it was,” he tells me, “because I thought I was only saying things that every educated Indian knew. Now, I’m no longer surprised. Every day someone comes up to me on the street to thank me for it.”

If there is some ignorance surrounding what really happened in India during the Raj, then that ignorance is far more pronounced in Britain, where the empire is not taught in schools, than it is in India, where it is taught in history classes.

“There are two main things Britain can do to atone for empire”, Tharoor says. “The first is, as [Labour Leader] Jeremy Corbyn has suggested, to teach colonial history properly in schools. The second is to apologise.” The author has a very specific time and place in mind for this apology: 2019, at the 100-year anniversary of the Jallianwala Bagh massacre, during which thousands of innocent people were killed by the British army at Amritsar.

The brigadier general responsible for the massacre, Reginald Dyer, issued a threatening statement afterwards, suggesting the victims deserved it. Dyer was condemned by politicians like HH Asquith, but lauded by The Morning Post (which later became The Daily Telegraph), who also gave him a load of cash. Dyer went on to suggest an 11th commandment for Indians: Thou shalt not agitate.

Tharoor hopes that a member of the British royal family will be able to come to Amritsar in 2019 and offer a full and honest apology. He has little hope that a member of the current British government will. “In Britain, beginning a truthful reckoning with empire is simply a question of starting off,” he says. “When I spoke at the Victoria and Albert Museum, friends of mine recounted overhearing extraordinary conversations among the white British audience, who were apparently saying things like, ‘My god, we never knew any of this’.”

My second conversation with Tharoor ends with him in a cab, passing a monument in London dedicated to the animals who fought in Britain’s wars. “It’s appropriate, isn’t it? There’s a statue to honour the animals, but not one to honour the 1.3 million Indians who fought for Britain in World War One.”

If Britain wants to create a new idea of itself in the 21st century, its leaders need to stop indulging in nostalgic fantasies founded on total ignorance of the realities of empire. Shashi Tharoor’s book is a good place to start.

Inglorious Empire is published by Hurst. Grab a copy now.

Linkedin
RELATED ARTICLES
OTHER ARTICLES
A new edition of a seminal book brings together iconic images of the band onstage in their full glory and backstage in moments of unguarded camaraderie.
Photographer Arthur Grace recalls travelling through the Soviet Bloc and finding ways to evade the surveillance of his work.
The author discusses the all-consuming nature of heartbreak, and turning the experience into an incisive exploration of love and loss.
Wealth inequality and the rising cost of socialising is placing a strain on people’s relationships, reports Eve Upton-Clark.
Yesterday queer activist group Lesbians and Gays support the Migrants staged a die-in at the Pride in London parade to protest the inclusion of police in the march reports Huck politics editor Ben Smoke.
With inflation now at a 40-year-high of 9 per cent, demonstrations organised by TUC took place to demand action from the government.