News & Politics / Inside Labour’s election meltdown & the man to blame 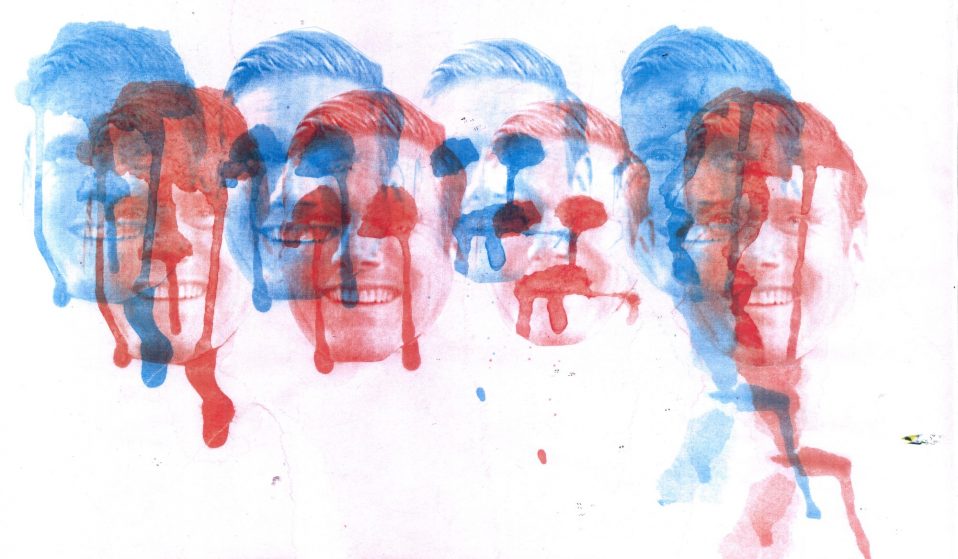 After a weekend of losses for Labour, Keir Starmer attempted to place the blame on others in his party. He has once again proven himself to be unfit for his position, writes Politics Editor, Ben Smoke.

After a weekend of devastating losses for his party, Leader of the Opposition Keir Starmer attempted to place the blame on others in his party. He has once again proven himself to be unfit for his position, writes Politics Editor, Ben Smoke.

It has been a brutal few days for the Labour Party. Beginning with the announcement of a devastating loss in the Hartlepool by-election early on Friday morning, the weekend has been an exercise in incompetence played out against the backdrop of a year of inaction and inertia from Starmer and his leadership team. For Labour members and supporters of all different factions, it’s been an excruciating 72 hours, but beyond the Westminster soap opera and the spin, there are bigger stories to be told, and lessons that must be urgently learnt.

The results from the 2021 local, regional and national elections concluded yesterday afternoon with a rout of Labour support in Bristol to the Greens. Across the weekend, the party not only lost an MP but also 326 councillors and control of eight councils. Despite this, there were some brighter moments. Welsh Labour hugely overperformed, winning seats in previously strong Plaid Cymru territory, ousting former leader of PC Leanne Wood in the process, to almost take a majority in the Senedd. In Manchester, popular mayor Andy Burnham increased his vote share by four percentage points and over 100,000 votes.

Labour took the West of England mayorship from the Tories, elected the first-ever Black woman to a mayoralty in Liverpool and won the inaugural West Yorkshire mayoral race. In London, despite an unexpectedly close race, Labour mayor Sadiq Khan retained his position while in Cambridge, the party pulled off a surprise win. Places like Preston and Salford also saw strong showings for Labour.

On Friday, before most of the results had actually been declared, Labour leader Keir Starmer made the nonsensical claim to the BBC that he will “change the things that need changing and that is the change I will bring about,” while promising to take responsibility for Labour’s losses in England. But across the weekend, instead of being out front and centre “taking responsibility”, Starmer holed himself away and out of sight.

He first sought to place blame on deputy leader Angela Rayner, briefing to the press that she had been demoted from her position as party chair. However, owed to backlash from within the Parliamentary Labour Party, Starmer was subsequently forced to execute a humiliating U-turn, when his team briefed the press that he’d actually given her a promotion. All the while, behind closed doors, a standoff between Leader and Deputy meant a much-briefed shadow cabinet reshuffle was delayed and then vastly reduced in scope.

This is much bigger than factional politics or infighting.

People my age have grown up under Tory austerity. We demand a fairer society, with good quality green jobs and real opportunities. We aren't going away.

The reaction of the leader’s office has been almost farcical; an extended The Thick of It parody played out across rolling news and frantically composed tweets. The comedy of errors, however, is a distraction from wider, more deep-seated issues this set of results unearths.

In Bristol West, following the suspension of key members of the Constituency Labour Party, activists went on campaign strike. The constituency, seat of Starmer ally and now shadow leader of the house Thangam Debbonaire, saw Labour council seats decimated in the latest round of elections. In 2016, Labour won nine of 20 seats in the council wards in the constituency. This year they won just three. Across the whole council, Labour lost 13 seats, all picked up by the Greens to make them joint largest parties.

Across England, various regional offices reported huge dips in volunteer numbers, with some being even lower than the last European Parliament Elections (which were notoriously difficult to get people excited about). It’s long been accepted that Labour’s greatest assets in election campaigns is its ground game. It simply cannot match the Conservatives where funding is concerned but what it can, or at least, used to be able to do, was get boots on the ground. In both the 2017 and 2019 general elections, Momentum and others helped coordinate tens of thousands of dedicated members and supporters pouring onto the streets to campaign for Labour.

While lower levels of volunteers can be expected for local elections, everyone I spoke to noted an unprecedentedly small number of volunteers. That the leadership has spent the last year attacking and blaming the left of the party is not insignificant where the reasons for this dearth of volunteers and canvassers is concerned, but there is also something bigger at play.

Despite talk of a ‘vaccine bump’ for the Government or ‘long Corbyn’ still affecting voters from the Starmer camp, not all was lost for Labour this weekend. Far from it: where they won is where they had ideas, principles and fight. They triumphed in Manchester, where Labour leader Andy Burnham famously stared down the Tories over a tier system that he said would harm the people of his city. They won in Wales, where Labour First Minister Mark Drakeford offered his own alternatives to the Conservatives, and in Preston, where Labour councillors have revolutionised the provision of services against the backdrop of Tory cuts. The lesson in this election has been simple: an alternative wins.

There’s no mandate for the Labour leadership to move further to Blairism & the right.

It’s not what party members voted for & it has no answers to the crises we face.

We need an inspiring, principled vision to transform society for the 99%, not bashing trade unions & the left.

Over 12 months in, Starmer has offered nothing. He is milquetoast. He’s magnolia wallpaper. He’s a wet wipe. He has offered no resistance to Tory hegemony. He’s dithered and dawdled, abstained on key pieces of legislation, offered little resistance to incompetence that saw tens of thousands avoidably die and been forced into humiliating U-turns when outflanked by the Tories.

The only fire he’s shown in his belly has been in his factional war that’s seen Labour’s membership and activist base decimated. As the party languishes on the point of financial ruin and irrelevance, all Starmer is capable of is turning inwards and repeatedly smashing the big button at Labour HQ labelled ‘Civil War’.

The polling around this set of elections only confirms that Starmer’s leadership is failing. In a poll for Channel 4 News, the top reason given when participants were asked why they weren’t voting Labour was “Keir Starmer”, the second being “do not agree or unsure what policies are”. Starmer and the vacuum of innovation that has been his leadership have accelerated a nationwide decline in support that Labour has been experiencing for the last two decades.

The election that went against that trend was 2017 when – like those places that Labour won this weekend – the party offered a clear, strong, transformative alternative. It was when they had the groundswell of support and started to reach out across and beyond the fractured coalition of voters that makes up the Labour Party. This series of elections have shown the importance of activists and of policies. It shows the importance of turning up and standing up for working people in this country – not playing politics or obsessing over focus groups.

The truth is people need something to vote for, someone to get out of bed and campaign for. People in this country are desperate for Labour to come up with an idea, a vision. They need a future to be excited about: not a middle-management haircut in a suit to be embarrassed by. In that respect, Starmer gives us nothing.

Linkedin
RELATED ARTICLES
OTHER ARTICLES
Financial turmoil is pushing people who work in the sex industry into more dangerous and desperate situations as a means of survival.
Thousands attended the annual event this year to wheelie through the city and call for ‘knives down, bikes up’.
Cindy Campbell recounts how her brother ushered in a new era of musical culture at a party she held in the Bronx in ‘70s.
With skyrocketing rents, packed out viewings, bidding wars and more, renting in London has never been harder.
Photographer David Corio’s archive offers a glimpse inside a revolutionary era of music and nightlife.
Yesterday thousands gathered outside Buckingham Palace after news of the Queen’s death broke.