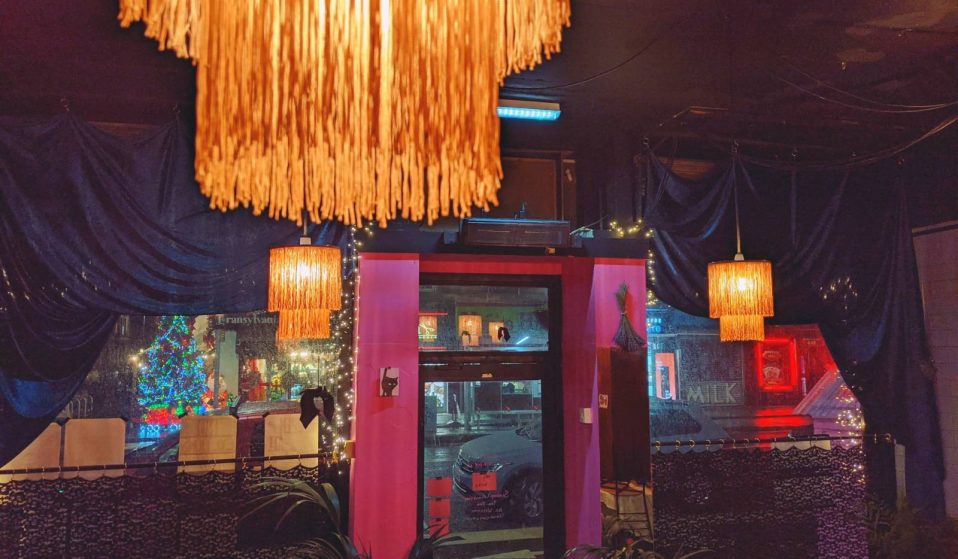 The last few years have seen an increase in LGBTQ-led initiatives to feed the hungry, with many finding ways to stay afloat despite the challenges.

The last few years have seen an increase in LGBTQ-led initiatives to feed the hungry. While some have struggled to stay afloat, others are finding ways to survive despite the challenges, reports Jake Hall.

When asked about the origins of Pink Peacock, a Glasgow-based “queer, Yiddish, anarchist café and infoshop,” Morgan Holleb turns to fellow co-founder Joe Isaac and laughs. “Well, what queer hasn’t dreamed of opening their own coffee shop at some point?”

Pink Peacock isn’t full of corporate-sponsored merchandise or glitzy, overpriced rainbow cupcakes. The windows are painted candy-pink and decorated with political art, their slogans rooted in themes of solidarity and abolition. Inside, you’ll find plates stacked with largely Jewish, homemade delicacies, and at the end of the serving counter is a cash box where people can pay whatever they like – or, they can pay nothing at all. “There’s so much shame in this nation around admitting that you need help, or being seen to be accessing free food,” explains Holleb. “That’s the reason for the anonymity. It’s about dignity.”

For those who don’t want to come in, there’s a working fridge outside the café stocked regularly with vegan staples. “Either we stock it or it’s stocked by shops we have a relationship with. “It can be quite bizarre – sometimes it’s just full of one brand of vegan cheese!”

Although Pink Peacock remains one-of-a-kind, the last few years have seen an increase in queer-led initiatives to feed the hungry. In Birmingham, Sol Café – now temporarily closed – opened back in 2020, with a similar mission to provide pay-as-you-want meals. In Sheffield, the Foodhall Project – which offers hot food, community space and various events, all on a ‘contribute what you can’ basis – has become more explicitly LGBTQ+-friendly, recently launching a coffee morning for marginalised genders. These projects are continuing the lineage of solidarity projects like LGSM (Lesbians and Gays Support The Miners) and the Gay Liberation Front’s alliance with the Black Panthers; and arguably, they’ve never been more important. 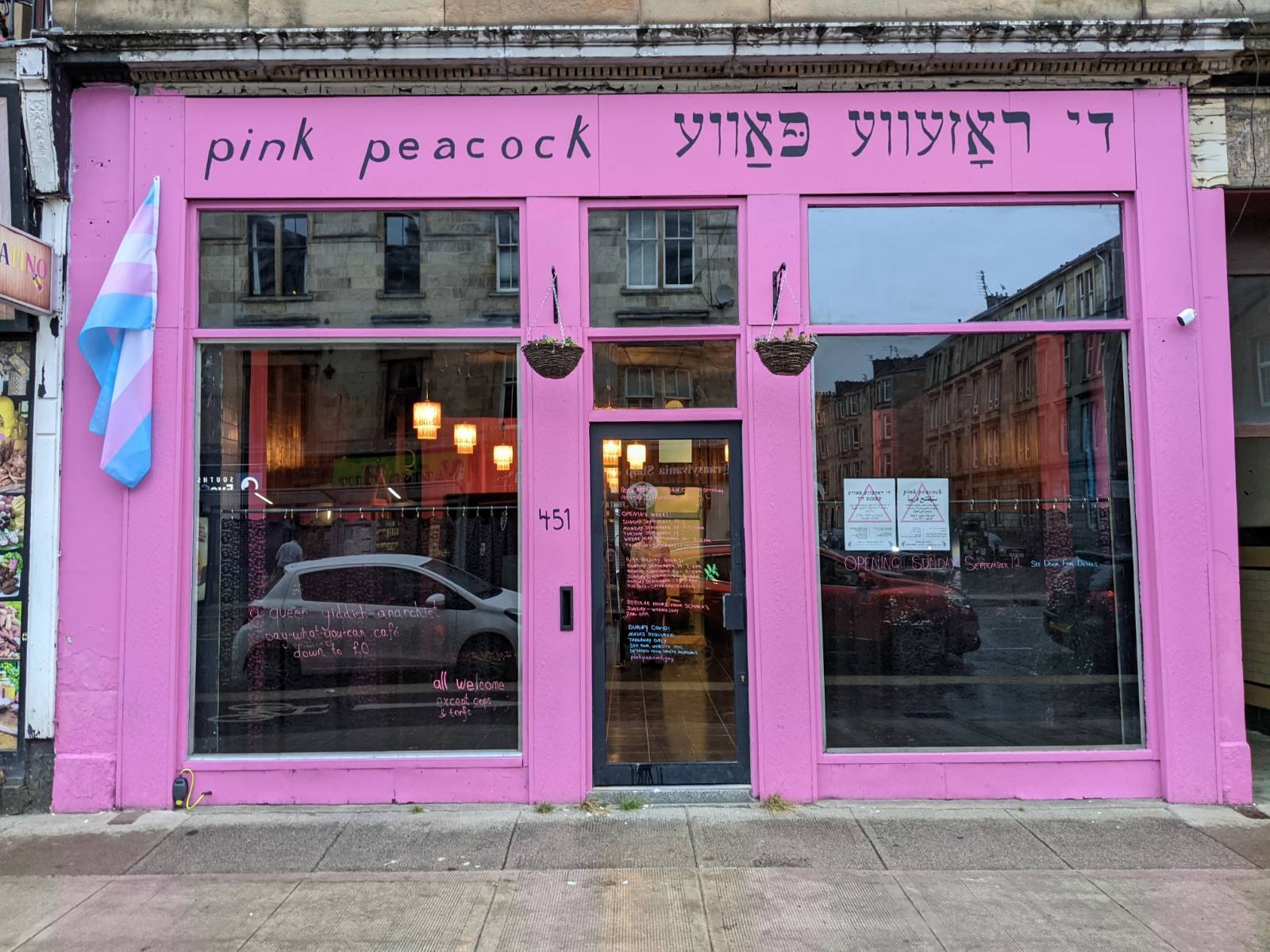 Throughout the pandemic, Sheffield’s Foodhall Project enlisted volunteers to deliver hot meals to those in need across the city. When lockdown restrictions ended last year, the project relocated with the help of a tight-knit team of volunteers. Together, they painted walls, cleared debris from the courtyard and sanded furniture, decorating what’s now a fully-functional, vital resource for those in need.

The marginalised genders coffee morning is still in its infancy having launched earlier this year. “The idea first came from two older women, who commented on how our regular Friday social eating session is quite a male-dominated space,” says Weatherburn. “It didn’t always feel like the easiest environment for a woman to come into on her own.” Organisers soon realised the same might be said for trans and non-binary folks, who might need help, but fear prejudice. These conversations sowed the seeds of the marginalised genders morning, and they’ve since blossomed to create a community-driven, inclusive space.

These coffee mornings look different every week: sometimes they’re sparsely-populated with women chatting quietly over tea and cake, other times, they’re vibrant hubs of activity, filled with queer and trans folks bonding over impromptu craft sessions. There are big, squishy sofas and vases filled with fresh flowers; in the corner, there’s a giant vat of coffee always on the go, and a fridge full of hand-baked goodies and batch-cooked meals for those who want them.

“We also established a link with Freeman College just around the corner, who supply us with a surprise cake from their bakery every week,” continues Weatherburn. This means a relaxed morning for kitchen volunteers, too. “It means the shift can be treated as more of a therapeutic session.” 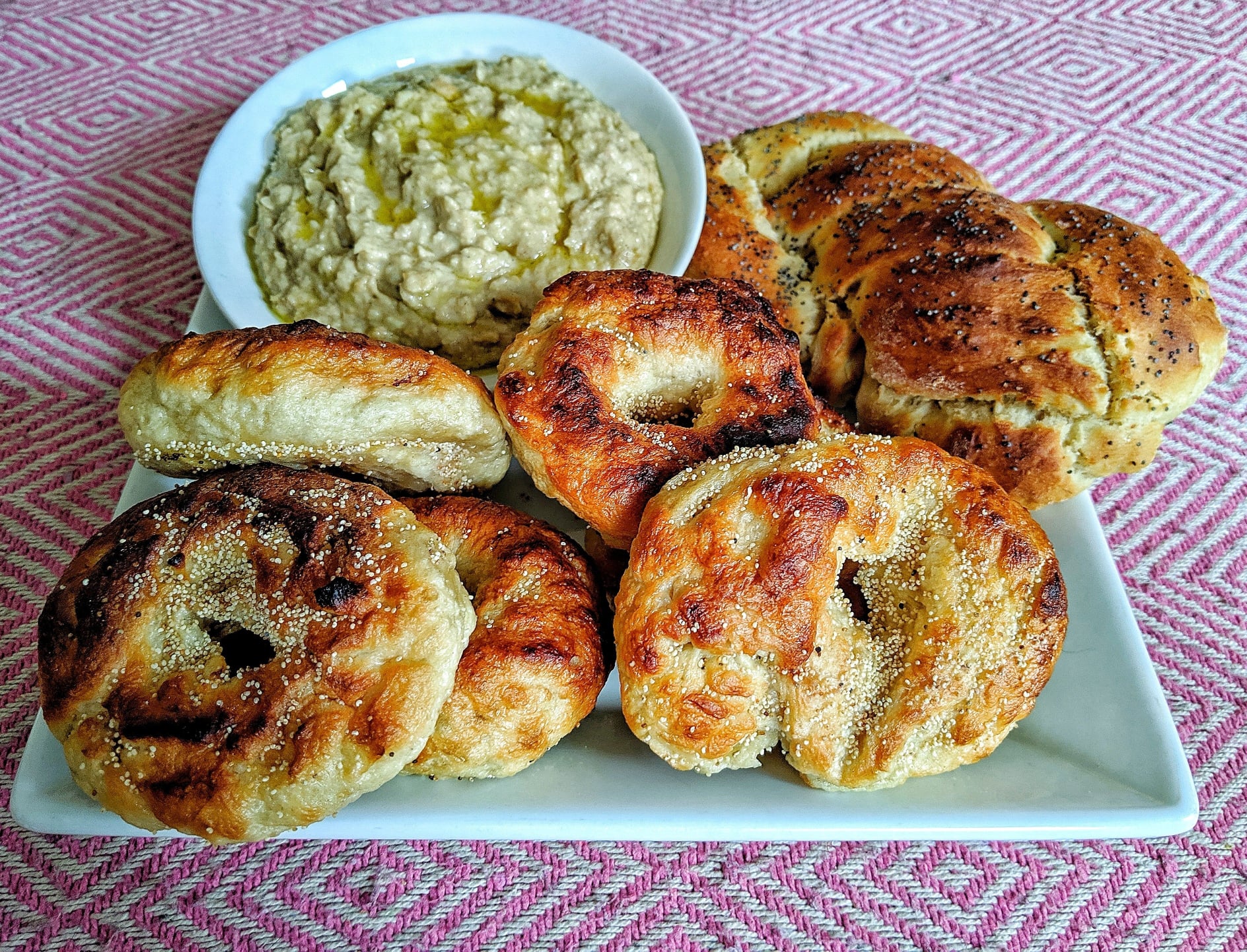 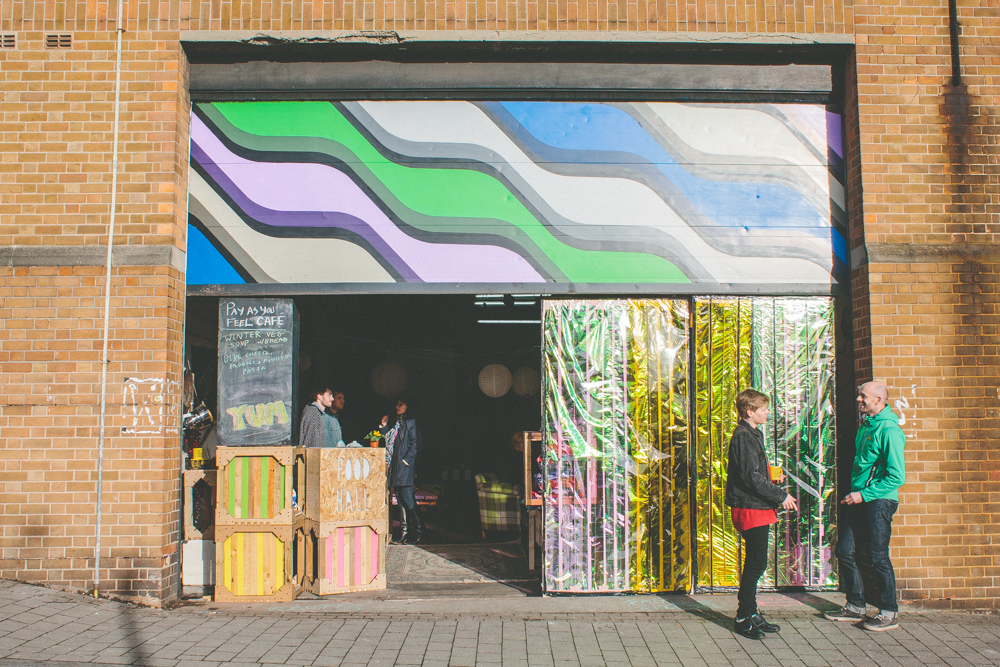 These sessions are much-needed, as sustaining non-profit resources is far from easy. Pink Peacock was formed through a crowdfunding campaign, which raised almost double its £10,000 target. The café was always intended to be pay-as-you-feel, but not everyone was convinced it could work. “Even from friends, we got a lot of pushback and people saying nobody would pay us at all,” says Holleb. “That just hasn’t been true.”

As well as regulars willing to pay more than the suggested donation, Holleb and Isaac have launched a Patreon with tiered rewards and thought carefully about requests for a pay-it-forward scheme. “It’s a very sweet impulse, to want to buy someone else a meal specifically, but it’s telling of how we’re used to seeing mutual aid presented,” explains Holleb. “If you say you want to buy a sandwich for one person, then sure, you can give us the sandwich money and we’ll make sure they get it, but we would have been making it anyway. The food being free isn’t dependent on people paying it forward, we just need people to support the space.”

As for the Foodhall Project, they welcome monetary donations but also encourage people to “contribute what they can” – this could mean washing the dishes, throwing a fundraising rave or hosting a skill-share workshop. “The focus doesn’t have to be on money,” explains Weatherburn. 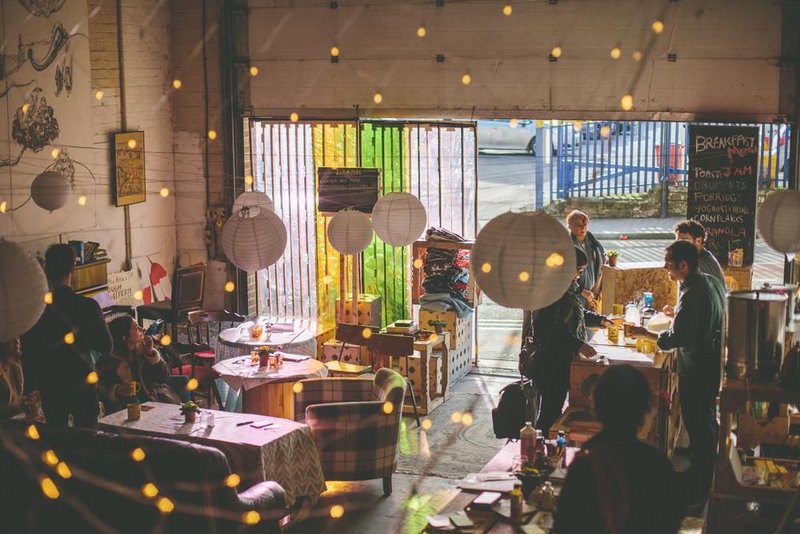 Evidently, keeping these projects alive is a labour of love fuelled by endless hours of unpaid work. Weatherburn explains the values of community go beyond the kitchen – there are networks of shared knowledge out there for queer initiatives looking to develop. “So many grassroots groups are doing really great work, so part of making this work sustainable is by collaborating with each other and supporting what is already out there to thrive.”

As for Holleb and Isaac, they’re not averse to rich donors – “just one rich person would be really, really useful,” laughs Isaac. In reality, Holleb says it’s those with the least that tend to give the most. “Almost all of our volunteers are poor. We’re poor. As queer people, we’re used to passing the same five pounds around between each other.” All their accounts are available online, as they see huge “value in transparency,” and they’re constantly toying with new ways to support the café.

“Sometimes I’ll be like, ‘do we really need another fucking sticker?’” says Holleb. “But we live in this shitty, capitalist paradigm. Ultimately, we have to keep coming up with ways to survive.”

Linkedin
RELATED ARTICLES
OTHER ARTICLES
From the chip shops, to the bingo parlors and burlesque dancers, photographer Mike Coles remembers capturing scenes of holidaymakers by the English coast.
Last week, Tower Hamlets council removed its nudity-restricting licensing conditions in a huge win for London’s kink community.
A sharp increase in officers armed with the electrical weapon is resulting in serious injuries and deaths.
As the Criminal Bar Association enters its fifth week of action, criminal barrister Russel Fraser explains why the legal professionals have walked out and how action is likely to escalate.
In the latest instalment of Photographers in Conversation, the creator talks portraiture, platforms and taking inspiration from Little Simz.
With the virus now a global health emergency, we must take steps to fight misinformation and demand a swift UK-wide vaccine roll out, writes Phil Samba.