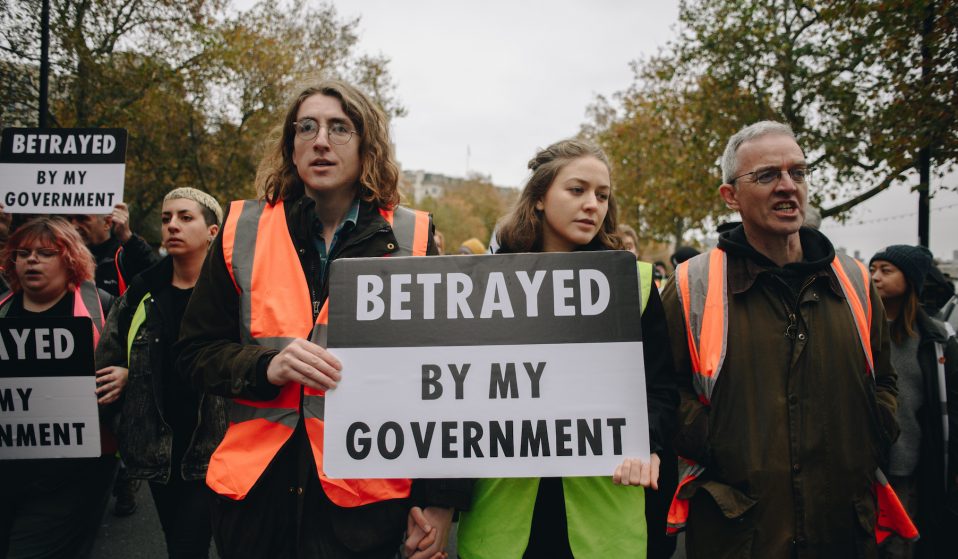 This weekend protestors gathered in solidarity with the nine demonstrators sent to prison for breaking an injunction preventing them from blocking roads.

This weekend protestors gathered in London in solidarity with the nine demonstrators sent to prison for breaking a High Court injunction preventing them from blocking roads.

Last week, nine people were sent to prison for their part in the Insulate Britain protests which have seen major disruption on roads in and around London across the autumn.

The nine, known by supporters as the ‘Highway 9’, became the latest environmental protestors to be jailed after Paralympian James Brown was sentenced to a year in prison for gluing himself to a plane at London’s city airport in October 2019. In September 2018, three protestors were jailed following a five-day long protest on top of lorries outside a fracking site in Lancashire. The three were later released on appeal. 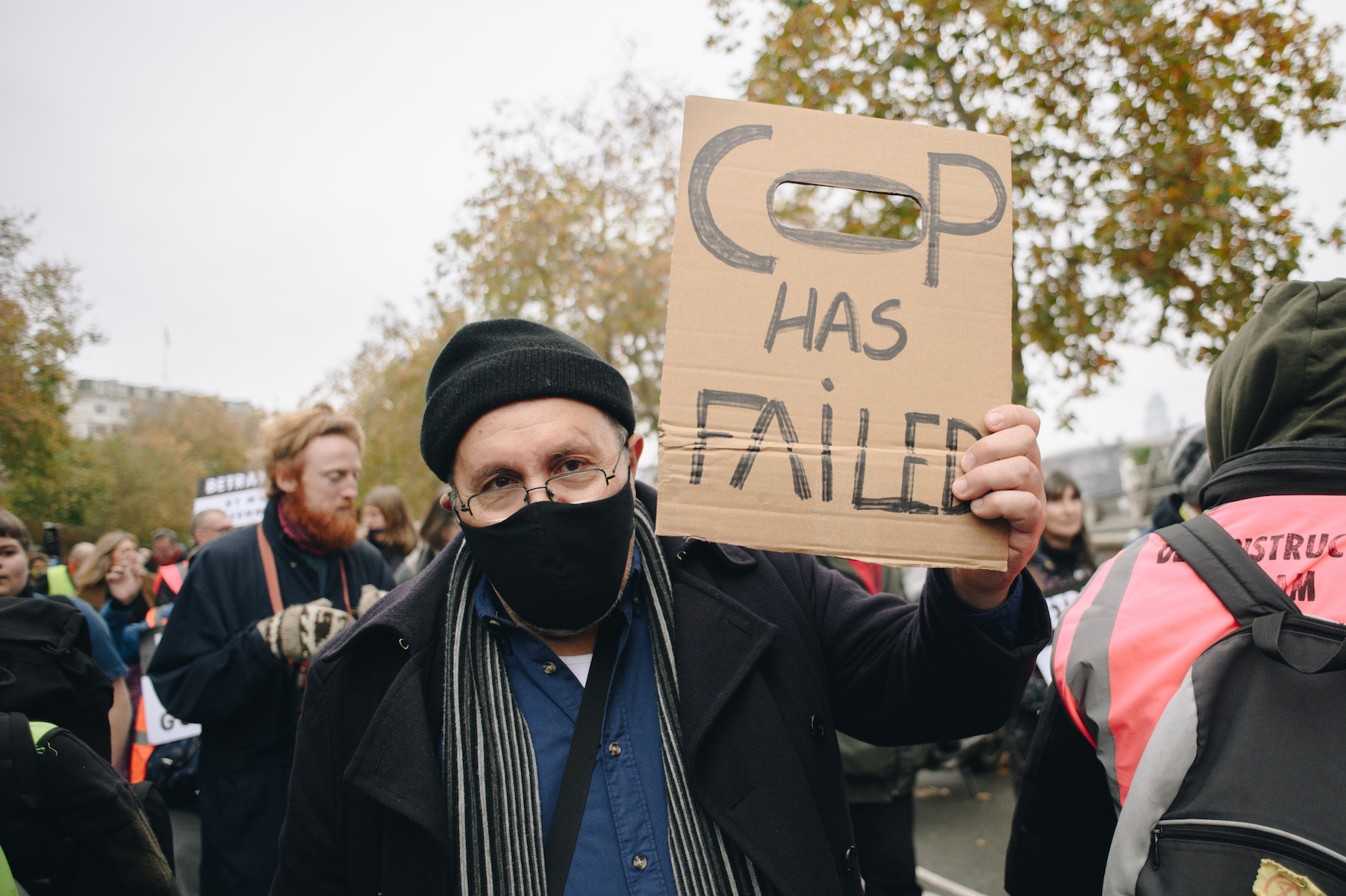 The Highway 9 received custodial sentences of between three and six months for breaching a High Court injunction gained by the Highways Agency banning protests on 4,300 miles of A-roads and motorways. Campaigners have expressed concerns over the prison sentences, which they say are a direct attack on the right to protest.

Solicitor for the Highway 9, Raj Chada, told Huck: “Injunctions are an insidious route for the executive to imprison peaceful protestors. It bypassed Parliament and the Supreme Court and what was once non-imprisonable (obstruction of highway) becomes imprisonable (contempt of court).” 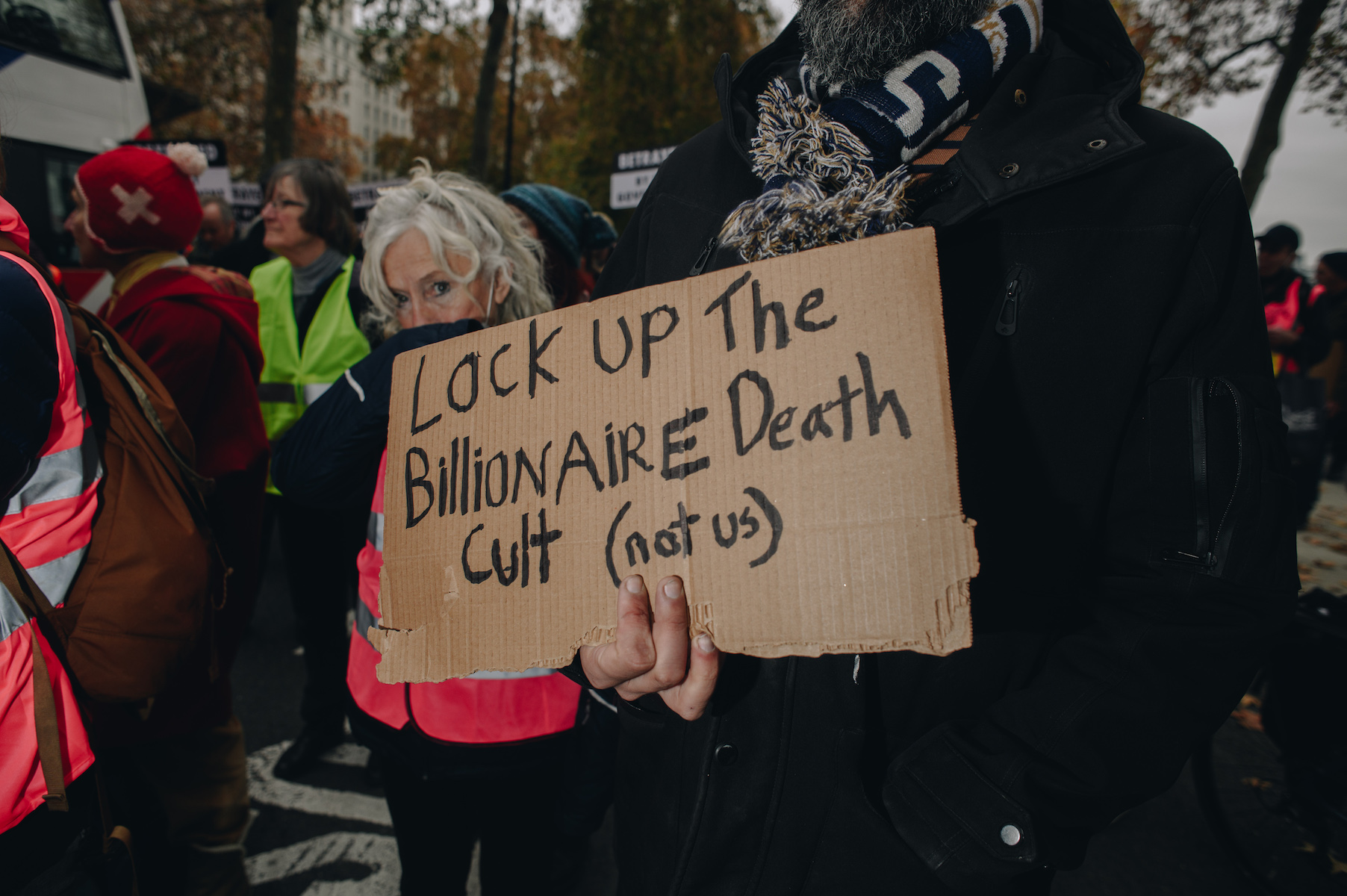 The sentencing of the climate protestors comes just a week after the end of COP26, the conclusion of which saw the Glasgow Agreement. The pact has been dubbed “vague and meaningless” with many warning that it does not go far enough to avert devastating climate change.

This weekend on Saturday (20 November), hundreds gathered at a rally outside the Royal Courts of Justice to protest the imprisonment and continue calls for the government to act on the climate crisis. The crowds marched from the courts along London’s embankment before staging a sit in at Lambeth bridge where the words of some of those in prison were read to the crowd, including those of Louis McKechnie, who turned 21 on the day he was sentenced. 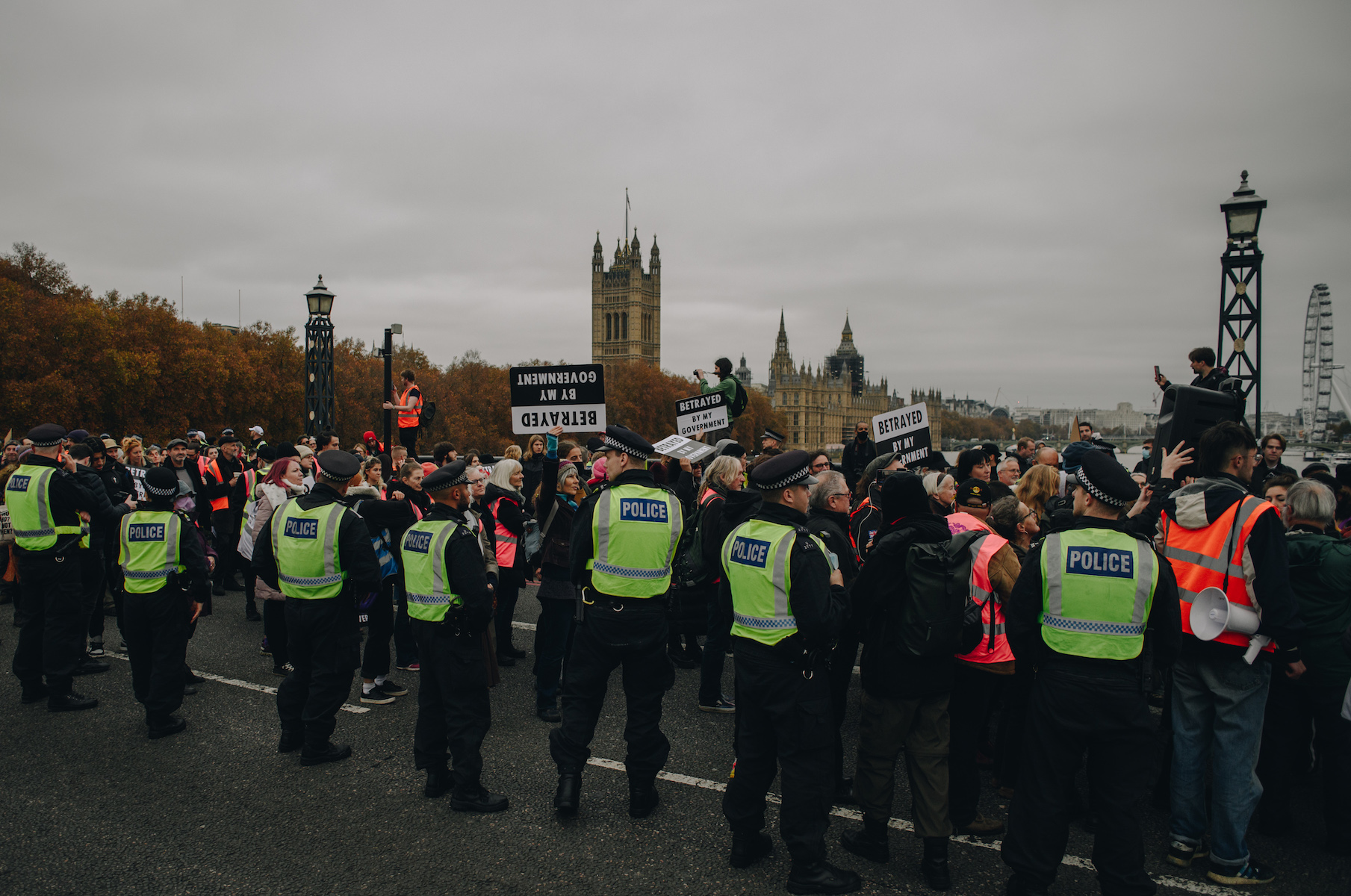 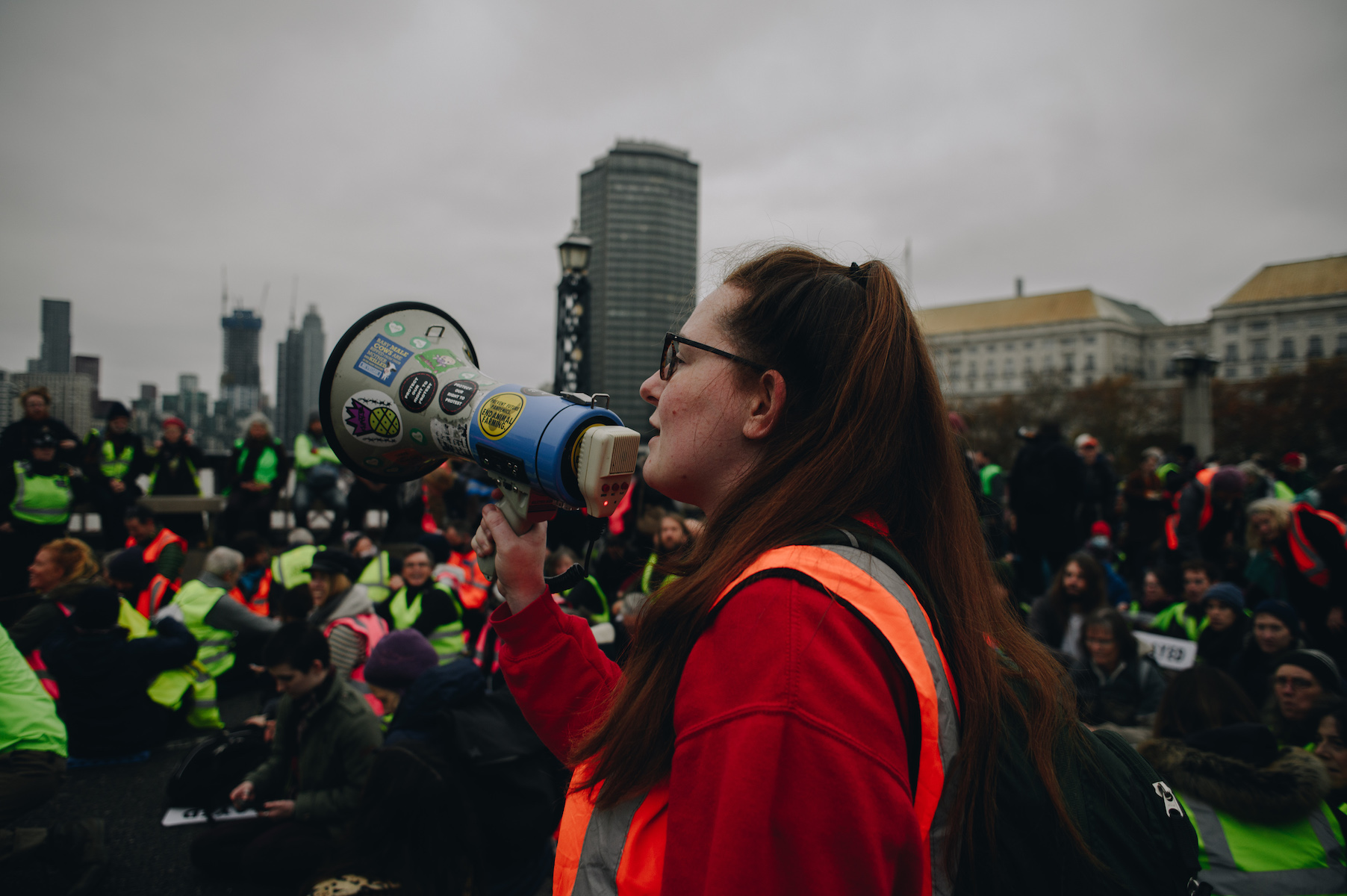 Some of those in attendance included the partners of those in prison, including those on hunger strike who gave moving testimonies to the crowd. Other members of Insulate Britain, who potentially face jail in another round of court summons, were also in the crowd.

One of those was a member from Gloucester, who told the crowd about his precarious financial situation and said he hoped to go to prison, so that he had the chance of warmth and meals this winter. One of Insulate Britain’s key demands is the insulating of all social housing by 2025.

Another speaker was a young mum who also faced the potential of jail for breaching the High Court injunction. She told the crowd: “I’m here in resistance because I am terrified for my children’s future… I used to work in operating theatres teaching surgeons how to save lives… Do you really think I want to be gluing myself to roads?”. As she spoke, her daughter, aged eight, stood next to her before being passed the mic and telling the crowd: “I may be small but I know me being here makes a difference.” 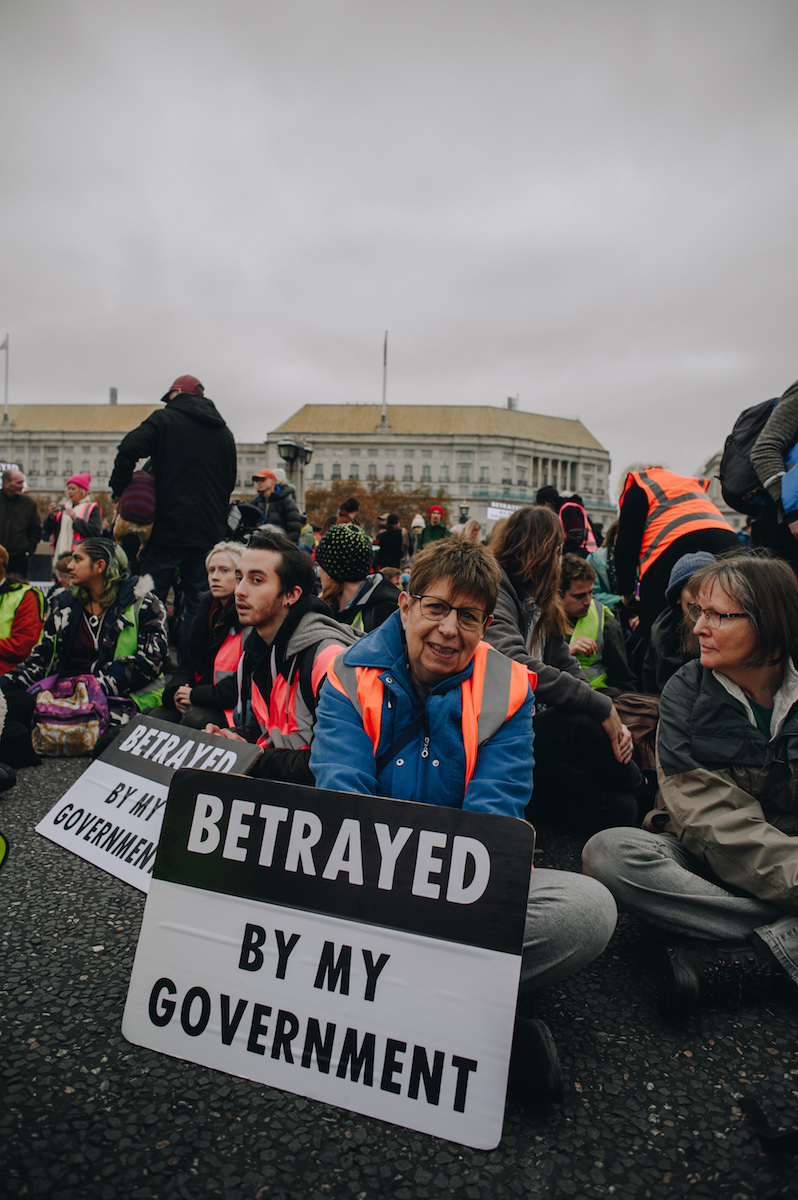 After a few hours on Lambeth bridge, most of the crowd got up and marched en mass to Vauxhall cross, blocking junctions in and around Vauxhall station for several hours until removed and arrested by the police. Police say 124 were arrested across both sit ins which saw traffic at a standstill in and around Westminster.

Insulate Britain, who say they did not organise Saturday’s action, await the next round of court summons and potential imprisonments. 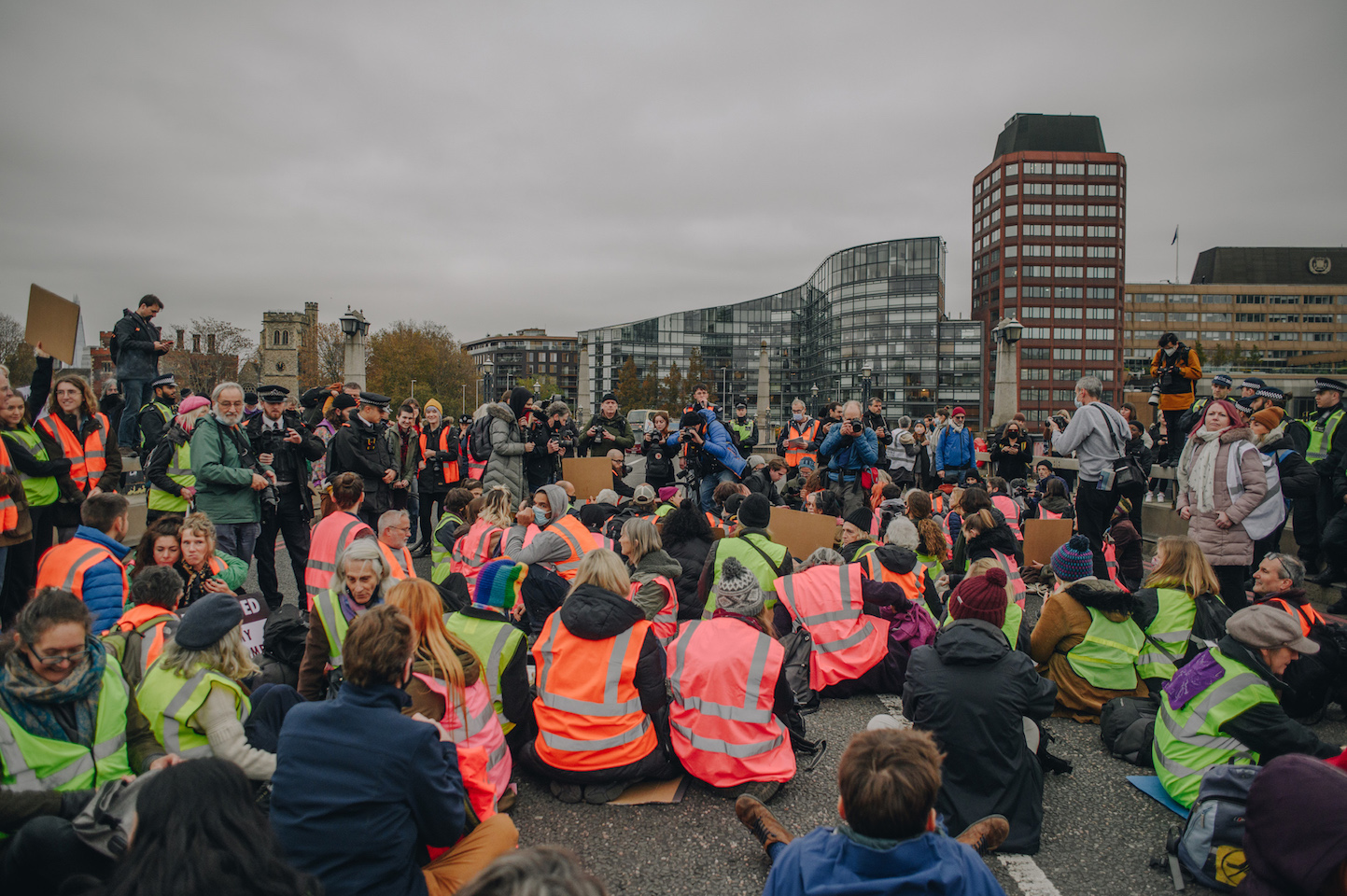 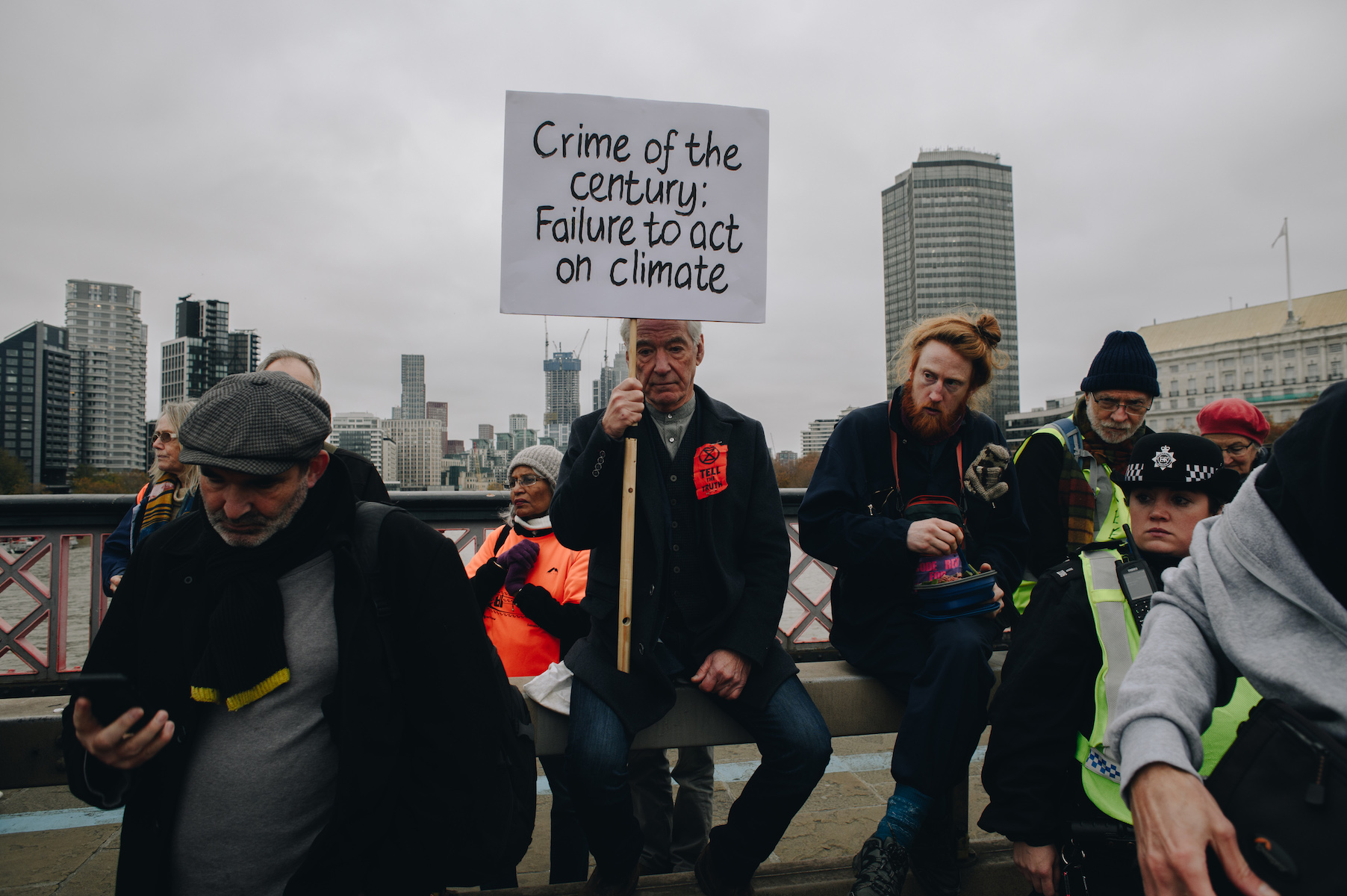 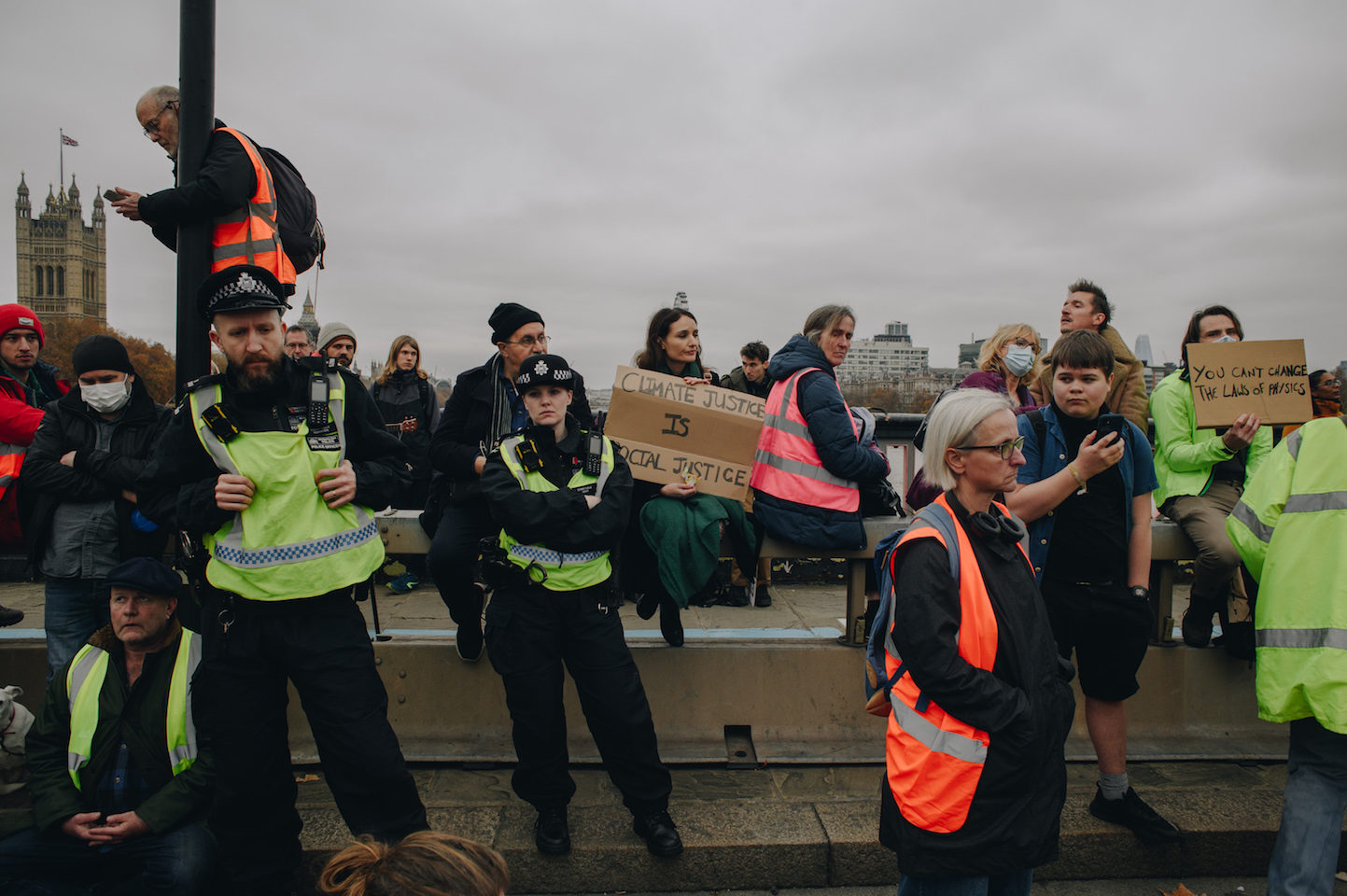 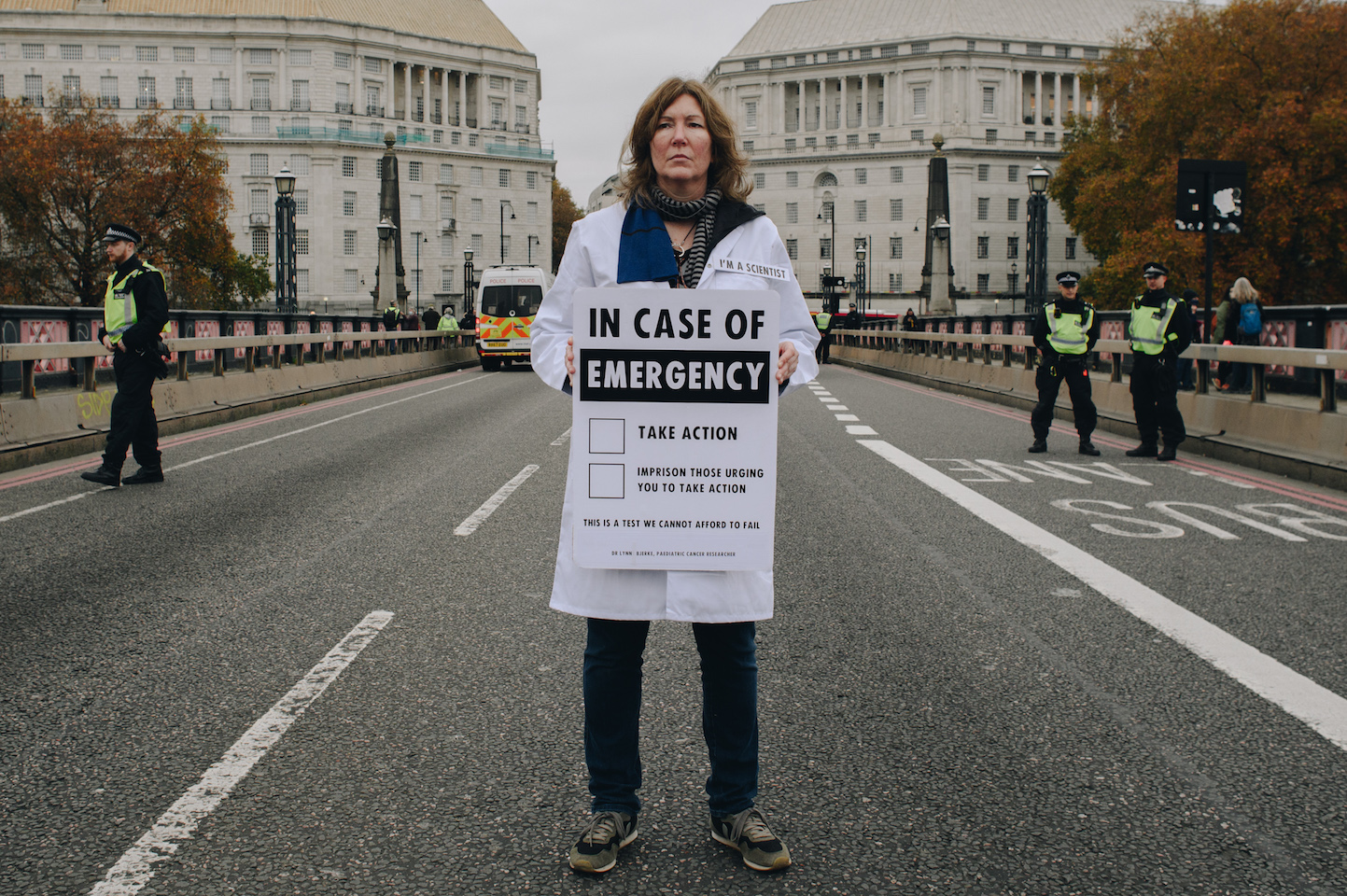 Linkedin
RELATED ARTICLES
OTHER ARTICLES
The two-day long event returned to London this year, showcasing a spectacular parade, steel bands and Caribbean food.
Following the announcement of an 80% hike in the energy price cap from 1st October, crowds gathered outside the offices of energy regulator Ofgem to protest and declare their intention to undertake a payment strike.
The idea that a younger generation is abandoning work has become a popular narrative online, but it doesn’t necessarily reflect reality.
A 37-year-old woman shares how her abortion led her to become a clinic worker, and the abuse she’s received in that role.
Ahead of the release of their first collaborative album, the producer and rapper talk psychedelics and the state of UK hip hop.
Photographer David Corio’s archive offers a glimpse inside a revolutionary era of music and nightlife.