News & Politics / Is the rise of surrogacy deepening class divides? 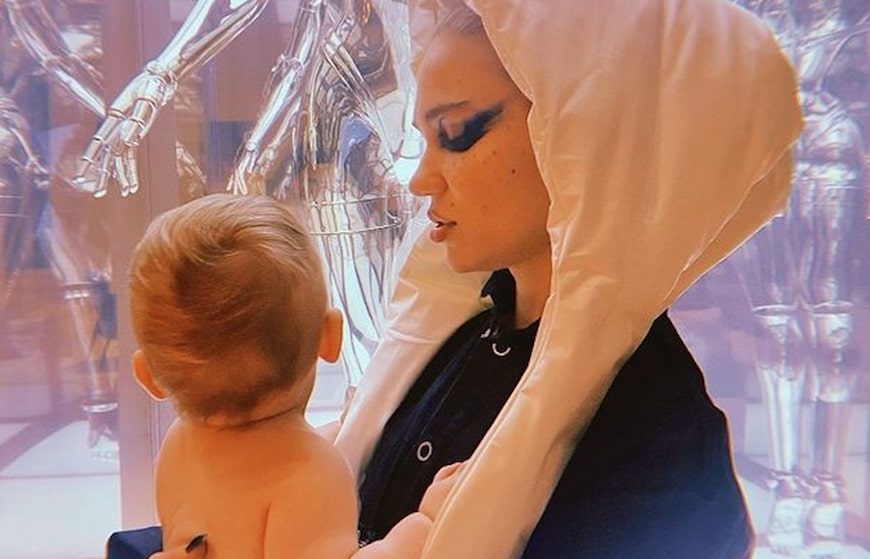 Increasingly, patients are avoiding pregnancy or time off work by paying someone else to carry their baby – with no medical need to do so. But it’s a luxury not many can afford, writes Katie Tobin.

Increasingly, patients are avoiding pregnancy or time off work by paying someone else to carry their baby. Could this leave people unable to afford this service more vulnerable?

For the wealthy, parenthood without gestation has never been easier. Kim Kardashian, Nick Jonas, Amber Heard, and Elon Musk and Grimes are among the growing numbers of high-profile figures who have used surrogates in the past few years. According to West Coast Surrogacy, intended parents can expect to pay anywhere from $90,000 to $130,000 for their gestational surrogacy service. This eye-watering price tag hasn’t stopped a mass increase in surrogate-born children in the US, though, with the revenue of the global industry set to cross $27.5 billion in the next three years.

But when some mothers have the luxury of designating the tasks of childcare and even pregnancy to other women, how will this effect those who don’t have that option? What impact this may have on working mothers is unprecedented, and many fear that Assisted Reproductive Technologies (ARTs), like surrogacy, may only deepen class divides.

While US employers are legally required to follow the Americans with Disabilities Act (ADA), many new parents have cited a huge discrepancy between these guidelines and their experiences in the workplace. For example, 2018 saw the jury of the Mosby-Meachem v. Memphis Light trial rule that an employer had violated the ADA by refusing to allow a new mother to work from home after she suffered complications from her pregnancy and her doctor put her on bedrest.

Concerns about how pregnancy would impact her career are what led wedding photographer Mari Smith (not her real name) to search for a surrogate to carry her child instead. “I could be out [of work] three or four months,” she says. Her story, as told in Elle, relays her fears about protecting her livelihood. “People could forget about me. I have to be out there constantly producing and being visible.”

These fears are not unfounded. One employee was told that he “would be fired if his child ever appeared on Zoom” during a 2020 lockdown. As Marianne Cooper, writing in The Atlantic, said: “The ‘motherhood penalty’ results in mothers getting paid less and being passed over in hiring and promotion decisions.

“This dynamic sets the stage for maternal bias to occur,” Cooper continues. “Stereotypes, like the idea that mothers focus more on their children than their job, can draw a manager’s eye toward the few instances in which a mother fell short, and away from all the other times she delivered.”

In an attempt to avoid the burdens of pregnancy, the Guardian reported that a growing number of women are using “social surrogacy” arrangements. “They want to have babies that are biologically their own, but don’t want to carry them,” said Dr Vicken Sahakian, who works at the Pacific Fertility Center in Los Angeles. “There is no medical reason for them to use a surrogate; they just choose not to be pregnant.”

While surrogacy is typically associated with a clientele of same-sex male couples, a 2021 study from the University of Kent suggests that of the 413 UK couples in 2020 who had children via surrogacy, two-thirds were heterosexual. Comparatively, only 117 surrogate children were born in 2011, meaning that the number of parents using a surrogate has quadrupled in just a decade.

Amid this rise, workplaces continue to limit pregnancy-related breaks that go beyond the scope of delivery and recovery. In the US, workers who are exempt from overtime don’t have a guaranteed right to lactation breaks under federal law, even if they might be covered under state laws. And while UK employers are legally required to provide space for new mothers to breast pump or feed, there’s no legal requirement for bosses to give workers breastfeeding breaks during a shift. Under the spectre of capitalism, surrogacy – once aimed at those for whom it is impossible or dangerous to get pregnant and give birth – has become a way for the wealthy to stay unburdened by the physical limitations of pregnancy.

In some countries, surrogacy firms have also faced immense ethical criticism because of their treatment of workers. While UK surrogacy is limited to an altruistic model, in which surrogates are not paid but have their expenses covered, countries like India and Ukraine have a booming industry of surrogacy tourism.

In Chennai, the surrogacy tourism industry was reported to be worth £1.3 billion a year, attracting worldwide clientele who come to the “rent a womb” capital of the world. Despite this staggering turnover, Indian surrogates are only paid between £4,602 and £13,805.85 per birth. In 2016, it was reported that 12,000 tourists visited India to hire surrogates, “many of them from the UK”. And while California has gained a reputation for its “surrogacy friendly” nature, surrogacy laws aren’t as favourable to surrogate workers as they may seem. In 2015, several surrogates took their case to the Supreme Court to clarify the rights of women and children within the surrogacy industry.

With so much potential for exploitation, it’s little surprise that there’s been a global clampdown on the surrogacy tourism trade. In the UK, British surrogates serve as the child’s legal parent after birth until parental status is transferred to the clients via family court, giving the gestational worker more leverage and power regarding the terms of their “employment”. As the parental order process can only be made with the surrogate’s consent, there’s a greater incentive for biological parents to treat their surrogate workers well. India has since followed a similar model, and chosen to limit its mass surrogacy tourist trade.

But while working conditions for the surrogates themselves are improving, the growing accessibility and ease of social surrogacy holds unknown complications for working people who cannot afford this service. With many mothers still fighting for maternal rights in the workplace, the fear that an increase in social surrogacy will exacerbate class divides is only set to become more pertinent.

While the growing accessibility and affordability of ARTs isn’t necessarily a bad thing, the rights of mothers and pregnant people must be fought for. Pregnancy isn’t a burden, and nor should it be seen as such by employers.

Linkedin
RELATED ARTICLES
OTHER ARTICLES
A new exhibition brings together 150 works by twelve photographers, offering mesmerising and intimate depictions of life.
Shaunak Sen discusses his documentary chronicling an ad hoc hospital’s efforts to protect the city’s birds of prey.
A centuries-old tradition is offering families a way to honour the deceased, reports Arbab Ali.
Jamel Shabazz’s photos honour those who were lost and those who survived one of the most brutal eras in recent history.
Following the release of their third album, the duo talk collaboration, family and connecting with the dead.
The hate Just Stop Oil faced after throwing soup over a Van Gough painting has been immense. Here, they explain why it won’t deter them.