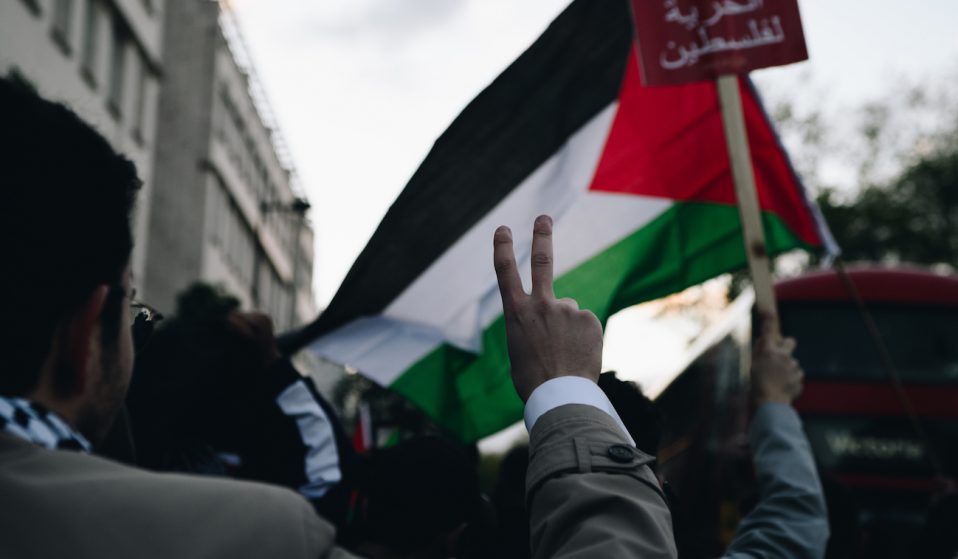 The recent Israeli raids of leading Palestinian rights groups highlights the danger of countries and institutions making Israel the exception.

Earlier in 2022, Israeli Defence Minister Benny Ganz designated these civil society organisations as “terrorist organisations” – baseless accusations which risked to preventing these organisations from receiving international donations. This was the aim of course; much like other oppressive regimes around the world, Israel targets these human rights organisations because they shine a light on the oppressive nature of Israeli apartheid. At one point, an Israeli Shin Bet dossier suggested that one of the organisations was taking part in terrorist activity because it funded a dabke dancing programme.

Most recently, these Palestinian civil society organisations have been working to submit evidence to the International Criminal Court (ICC) investigation into Israel. After concerted advocacy efforts by these organisations and their allies, the European Union concluded that Israel had no evidence to suggest that they were committing terrorist acts.

In many ways, Palestinian society is working alone. Despite the anodyne statements  from international diplomats and calls for “a thorough investigation of event” by the US Secretary of State Blinken, once again, Israel can take the most authoritarian  steps possible – the persecution of civil society and human rights groups – and still face  no meaningful consequences from the international political community.

The most immediate and damning ramifications of this impunity will befall Palestinians. 55 years into a brutal and ruthless military occupation and the ongoing consequences of the Nakba means that Palestinian life remains constantly at the mercy of Israeli authoritarianism. It is a gross injustice that Israel advocates, as well as decades of Western anti-Arab racism and islamophobia, have succeeded in rendering the issue of Palestine one that is ‘too controversial’ to provide even the most basic accountability for Israel’s increasingly draconian measures to shield from view it’s treatment of Palestinians.

"The only democracy in the Middle East" sends soldiers to harass those who document their crimes. Colonisers want their subjects cowed under gunpoint forever. Solidarity with all six human rights organisations targeted in coordinated raids this morning. Free Palestine! https://t.co/yYAAbhqnmv

But there is also a further worrying implication: countries and international institutions, who supposedly value human rights and democracy, are failing to hold Israel’s accountable for its ongoing human rights violations. In doing so, they are putting human rights across the world in danger.

Failing to hold Israel accountable sends the message to other authoritarian and violent regimes that they, too, have no need to heed to international humanitarian law. It’s unsurprising that some of Israel’s strongest allies are those who also demonstrate a derision for international law. Hungary’s Prime Minister, Viktor Orban, who is well-known for his racism and antisemitism, has repeatedly defied EU law and protocols through restricting the rights of Hungarian citizens and its reported inhumane treatment of asylum seekers and refugees. He also happens to be a strong ally of Israel (he even signed the IHRA definition of antisemitism). It is also no coincidence that here in the UK, Liz Truss, the frontrunner to become Prime Minister, has coupled her recent sycophantic support and admiration for Israel with her plans to further restrict our rights to protest via the BDS Bill and Britain’s withdrawal from the European Court of Human Rights.

The global right is intent on overriding our civil liberties and human rights in order to firm up their political power. By failing to hold Israel to accountable, the international community is paving the path for a total breakdown of international political consensus and the notion that upholding human rights is both morally correct and necessary for social democracy. Israel continues to act as a test case through which other authoritarian regimes can point to when attempts are made to hold them to account for violating international law. Why should Vladimir Putin be alarmed by outcry against this viscous war against Ukraine, when Israel deploys similar tactics and operations against Palestinians and faces zero consequences?

Often through the false and misleading idea that criticising Israel is inherently antisemitic, the issue of Israel is used as a proxy to erode civil liberties, free speech, and to create a chilling effect within the public sphere of rightly criticising Israel’s ongoing attacks on Palestinians. As solidarity with Palestine becomes increasingly mainstream within progressive political movements across the world, these tactics will likely only become more strident.

It is not only state actors who are responsible for the erosion of international protections for democracy and  human rights. In the US, one of the biggest Israel lobby organisation, the American Israel Public Affairs Committee (AIPAC), showed their true colours when they threw their political support behind numerous Republican politicians who supported the January 6th Insurrection. Recently, AIPAC has also poured millions of dollars into US congressional primaries in order to stamp out the growing number of progressive Democrats who are seeking to reign in the US’s unconditional military aid and support for Israel, including progressive  Jewish Democratic Congressman Andy Levin.

It is evident from their actions that AIPAC’s primary aim of unconditional support for Israel is coming at the expense of US democracy. Across the pond in the UK, organisations such as UK Lawyers for Israel and Northwest Friends of Israel complained to the Whitworth Gallery at Manchester University for hosting an exhibition by Forensic Architecture, which included a statement expressing solidarity with Palestine, arguing that it could violate the university’s public duties under the Equality Act.

It is galling to see the many diplomatic representatives of EU countries visit the offices of Al Haq, as they did on Friday (19 August), knowing it is highly unlikely that any meaningful action will be taken against Israel for their ongoing draconian measures and attempts to crush Palestinian civil society.

The hypocrisy of liberal democracies and international institutions such as the EU, who preach the importance of the rule of law and protecting human rights while giving Israel licence to act as they please, leaves a moral vacuum about the validity of social democracy for which progressive political figures and regimes have no answer. It breeds mistrust and scepticism about the efficacy of these legal protections, with the Right’s answer being ‘let’s get rid of these protections entirely’. As long as democracies and institutions that pledge to uphold the rule of law make an exception for Israel, they will compromise the integrity of the entire progressive political project.

At a time when ultra-nationalism is on the rise and the world is facing deep political crises, scepticism towards these institutions is deeply dangerous. Of course, international human rights law and our global political consensus are both deeply flawed. But the idea that human rights can be discarded in favour of ultra-nationalism has deep consequences that will ultimately serve to harm marginalised communities the most. It’s increasingly clear that consequences for Israel’s actions are not only a moral imperative, but necessary to stave of the collapse of human rights law and international institutions.

Em Hilton is a member of Na’amod, a movement of British Jews against the occupation of Palestinian territories.

Linkedin
RELATED ARTICLES
OTHER ARTICLES
Birdy Chu reflects on documenting the historic moment in which the territory was formally passed back from the UK to China.
The two-day long event returned to London this year, showcasing a spectacular parade, steel bands and Caribbean food.
With skyrocketing rents, packed out viewings, bidding wars and more, renting in London has never been harder.
Cindy Campbell recounts how her brother ushered in a new era of musical culture at a party she held in the Bronx in ‘70s.
As the Scottish government announces a rent freeze, an activist with Living Rent who fought and won shares how they did it, and what must come next.
A group of young Palestinians have found temporary freedom in the act of parkour, reimagining wreckage and ruins as a series of high-octane playgrounds.