News & Politics / If Nigeria and Afghanistan are ‘fantastically corrupt’ what should we make of Britain? 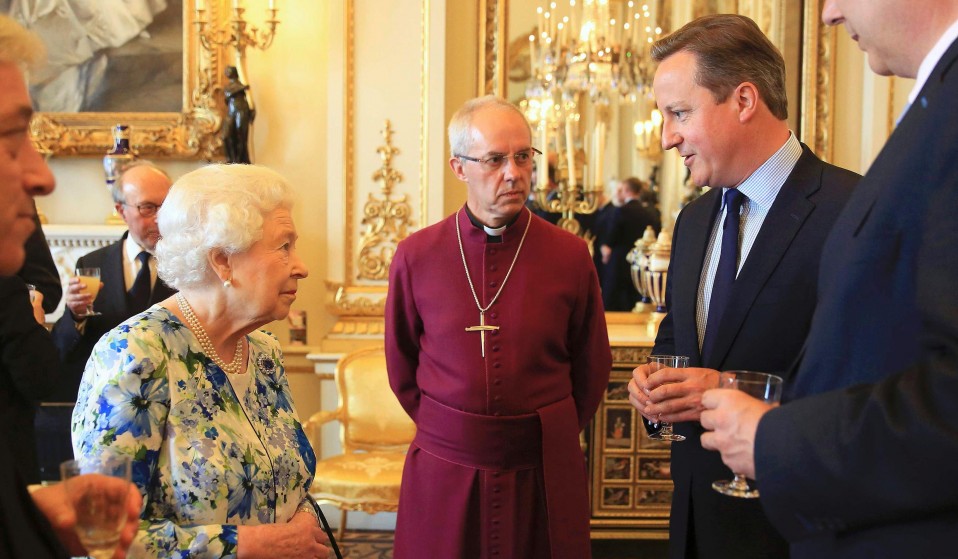 I've been covering corruption in the UK for nearly 20 years, never mind Nigeria being fantastically corrupt

David Cameron is caught on camera telling the Queen that Afghanistan and Nigeria are "fantastically corrupt." Investigative journalist Solomon Hughes has been uncovering corruption in the UK for decades, and reckons Cameron needs to tackle deep-rooted corruption in Britain before he cracks another joke.

David Cameron telling the Queen that  “fantastically corrupt” countries are coming to his “anti–Corruption summit” shows why his government is likely to do very little to stop the corruption that bleeds money away from poor nations. Cameron told the Queen that “Nigeria and Afghanistan, possibly the two most corrupt countries in the world” were coming to his summit, while Speaker of the House of Commons John Bercow joked about who was paying their air fares. But if he really wants to stop corruption, Cameron needs to start looking closer to home.

Chatting off the cuff with the Queen about corruption, Cameron’s first instinct is to talk about Nigerian and Afghan failure. He’s right that bribery, kickbacks, sweetheart contracts and cronyism blight these nations. But there are those who are bribed. And those who pay bribes. Developing world corruption is fuelled by cash from Western investors and contractors looking to buy their way into profit. Britain has been at the centre of some of the worst scandals in Nigeria. But successive British governments have done little to prosecute the corruptors.

Back in 2004, I started reporting about a massive Nigerian corruption story. A consortium of companies called TSKJ wanted to win around $12 billion in contracts to build a gas plant on Nigeria’s Bonny Island.

The consortium included American corporation Kellogg Brown and Root, which at the time of the bribes was a subsidiary of Halliburton and was working under the directorship of future US Vice President Dick Cheney. They were joined in the “TSKJ” consortium with Technip of France, Snamprogetti of Italy and the Japan Gas Corporation.

An agent of TSKJ’s put $132 million into a fund to bribe Nigerian officials and politicians. The bribes were discussed by executives from the companies at what they called “cultural meetings”.

According to papers from prosecutors, the bribes were paid like scenes in a crime film. For example, in April 2003 their agent “delivered a vehicle containing Nigerian currency valued at approximately $500,000 to the hotel of the NNPC [Nigerian  National Petroleum Company] Official in Abuja, Nigeria, for the benefit of a political party in Nigeria, leaving the vehicle in the hotel parking lot until the NNPC Official had caused the money to be removed.”

Another bribe was paid, according to the papers, by delivering “a pilot’s briefcase containing one million dollars in one hundred dollar bills to the NNPC Official at a hotel in Abuja, Nigeria, for the benefit of a political party in Nigeria.”

Shocking stuff. But all the bribes were organised by a British lawyer, Jeffrey Tesler, who worked up the road from me in an office above a shop in Tottenham, North East London. He channelled the corrupt money through accounts held by British bank HSBC. The “Nigerian” corruption was a very British affair.

In fact, it wasn’t British authorities who stopped the scheme. A French judge, Renaud van Ruymbeke, uncovered the crime. Tesler and his accomplice were jailed by a Texan court. American prosecutors recovered some of the dirty money from Tesler, and fined the firms involved.

According  to the US Department of Justice, American Kellogg Brown & Root (KBR) deliberately used their subsidiary MW Kellogg, based in Ealing, West London, to funnel the cash, to get around America’s strict anti-bribery law, the Foreign Corrupt Practices Act. They say “KBR held its interest in Madeira Company 3” – the firm used to handle bribe cash – “indirectly through M.W. Kellogg Ltd., rather than directly, as part of KBR’s intentional effort to insulate itself from Foreign Corrupt Practices Act liability for bribery of Nigerian government officials through the Joint Venture’s agents.”

The Bonny Island affair might seem a long time ago, but it takes years to prosecute corruption cases. Right now we are in the middle of a whole series of linked possible corruption scandals that swirl around London. Australian newspaper The Age is highlighting a massive possible bribe scandal involving British companies like Rolls Royce and BP. Some of the firms involved in the Bonny Island scandal – Snamprogetti and Technip – are also implicated. The firm handling the alleged bribes – Unaoil – is run by British citizens working with British banks. At the moment these are allegations, and Unaoil deny all the charges.

But once again the possibility that Britain is at the centre of a major scandal involving developing world bribes is being raised.

For all Cameron’s sneering at Nigeria and Afghanistan, successive British governments have done little to stamp out this kind of corruption. It relies on British lawyers, executives and banks handling bribes.  It relies on British-backed offshore structures, with British overseas territories hiding dirty money.

It relies on British authorities who are very weak when it comes to prosecuting corruption. Our Serious Fraud Office (SFO) has never been strong. In 2006, Tony Blair, with Conservative backing, stopped the Serious Fraud Office investigating possibly one of the most corrupt deals of our time, the Al-Yamamah arms deal with Saudi Arabia. Since then the SFO has had little will or ability to prosecute Western firms corrupting the developing world.

If Cameron wanted to do more than laugh with the Queen about corruption he would be backing comprehensive laws to crackdown on the British lawyers, bankers, executives, offshore agents who are our end of the corrupt practices. Until then, maybe hold off on the jokes.

Linkedin
RELATED ARTICLES
OTHER ARTICLES
Photographer Bud Glick recounts documenting everyday life in the area, and what it taught him about the Chinese immigrant experience.
Following the release of his latest album, the rapper talks about finding a new approach to songwriting, attitudes to poverty, and why his music is more than a political statement.
A new series of photos by Johny Pitts shines a light on communities and subcultures that have all too often been overlooked.
After rewriting the indie rulebook with her devastating songs about romantic longing, the singer-songwriter is now imagining a future in which the artist is no longer a product.
To mark the premiere of his new documentary on surfing giant Gerry Lopez, the filmmaker and former pro skateboarder sits down to share his unique brand of wisdom.
With the virus now a global health emergency, we must take steps to fight misinformation and demand a swift UK-wide vaccine roll out, writes Phil Samba.