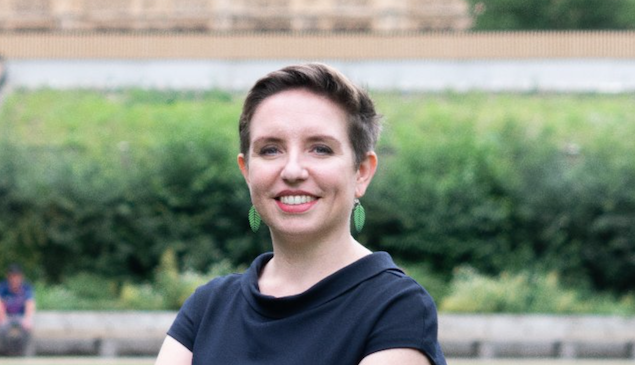 Nearly one in three adults in the UK have taken illegal drugs at some point in their lives. That alone makes the pledge by Labour’s Shadow Justice Secretary this week to “name and shame” people who buy drugs implausible. Tory ministers, too, have pledged to name-and-shame middle-class drug users.

What do these parties hope to achieve by trying to up the stigma around an activity that a third of the population have engaged in? The war on drugs has been waged by governments for over 50 years and has made no progress. Do they seriously think more of the same will deter people from using drugs?

Labour and the Tories’ attempts to outdo each other in appearing tough on drugs smacks of desperation. They know that the war on drugs has only intensified the death rates and the destructive toll that drugs bring to communities up and down the country. Last week a charity specialising in drug law rightly branded their approach “nonsense” and an “evidence free zone”.

In my own home of Bristol, the most recent figures show that the city had the highest number of drug-related deaths last year since reporting began. That’s before considering the broken lives, families and communities caused by addiction. That is a pattern repeated all over the country in towns and cities where drugs are sold and consumed in defiance of police forces that cannot arrest their way to ending drug use.

.@TheGreenParty drugs policy (hat tip to the team at @GreenDrugPolicy!) favours a legalised, regulated system of drug control based on the specific risks posed to the individual, to society and to the environment.

This is also how to take power away from unscrupulous criminals.

Yet Labour and Conservative politicians keep doing the same thing over and over again and expecting different results. Every few months they come out with a new promise to get tougher on drugs. All the evidence shows that this does not work.

A quarter of teenagers in England and Wales have taken illegal drugs at some point in their lives. A third of 15- to 16-year-olds in Europe say that obtaining cannabis on the illegal market is ‘very easy’ or ‘fairly easy’. People spend £10 billion on illegal drugs every year in the UK – roughly the same as they spend on footwear.

With death rates soaring, we urgently need a new approach, based on public health, not pointless public shaming. Most harmful drug use is fuelled by poverty, isolation, mental illness, abuse, physical illness and psychological trauma. Unless we tackle the wider economic and social causes of problematic drug use, we cannot address the impacts of harmful drug use.

That is why the Green Party is campaigning for overdose prevention centres such as the one that recently opened in Bristol. Here, people who are struggling with addiction can come to use drugs safely, with clean needles and under supervision, rather than taking their chances on the street or in a stairwell. This approach is now the norm in many countries, including Portugal and Switzerland, and allows people to access help rather than putting themselves at risk.

At the other end of the drug supply chain, the Green Party wants to replace prohibition with a legalised, regulated system of drug control. Different drugs would be regulated according to the specific risks that they pose to the individual, to society and to the environment. The riskiest drugs would be more strictly regulated; less risky drugs would not need so tight a grip. This is the way to end profiteering from the supply of drugs and take power away from unscrupulous criminals. It is the exact opposite of the shamefully harmful war on drugs.

Linkedin
RELATED ARTICLES
OTHER ARTICLES
Our new magazine is here, starring the inimitable Mitski. Order your copy now and join us on a trip around the world.
The revered showbiz chronicler recalls his journalistic beginnings, documenting subcultural scraps in the ’80s.
From the Yakuza to a biker gang, Bruce Gilden recounts capturing Tokyo and Osaka in the ‘90s.
New legislation is set to make it more difficult to hold Israel accountable for its human rights abuses.
While protests over abortion rights rage in the US, access to abortion services is still almost nonexistent in parts of the UK.
The government’s failure to take long Covid seriously has led to the formation of a group campaigning for the thousands of forgotten victims of the illness.