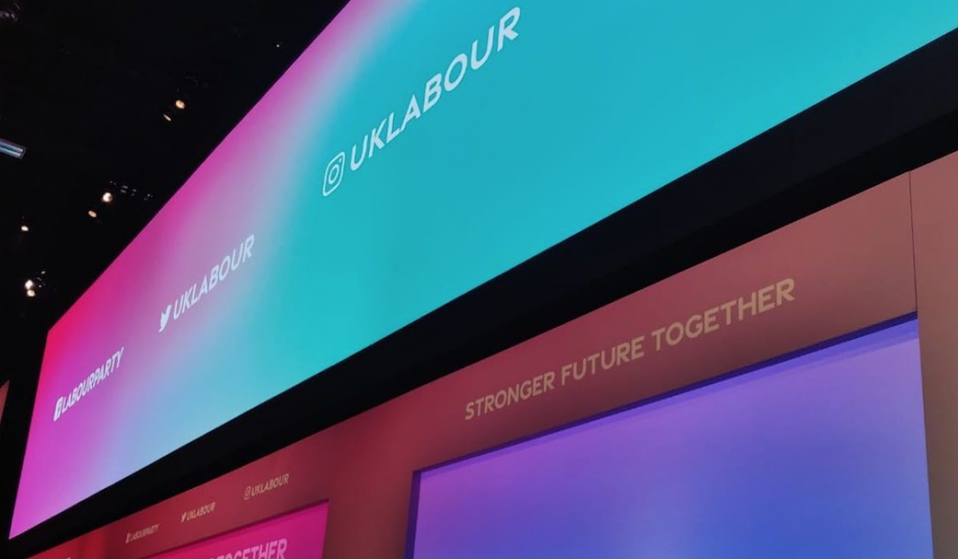 The second day of Labour Conference saw the passing of a radical Green New Deal motion, Starmer coming out against nationalisation and a big win for the leadership − but at what cost?

The second day of Labour Conference saw the passing of a radical Green New Deal motion, Starmer coming out against nationalisation and a big win for the leadership − but at what cost?

The sun has come out as Brighton wakes up to the third day of the Labour Party Conference 2021. Yesterday saw some big wins for the Leadership over rule changes, but with national news turning to fuel shortages and an energy crisis, questions over the necessity or wisdom of protracted internal battles hang heavy.

Following compositing on Sunday evening, two Green New Deal motions were taken to the floor of conference yesterday, one backed by Labour for a Green New Deal (LGND) which included public ownership of energy companies, millions of green jobs and a just transition, and another supported by GMB and others which those from LGND saw as less radical. The LGND motion saw impassioned speeches in favour and was passed almost unanimously by a hand vote.

Young Labour activist @Aden_Harris_ smashing it. This is the future of our movement. pic.twitter.com/3V2NnEapud

The other GND motion was closer and required a card vote before eventually passing.

Earlier in the day, Starmer was interviewed by Andrew Marr and asked about his pledge in the leadership campaign to nationalise public services (including the big six energy companies). He appeared to abandon his leadership pledge instead deeming himself a pragmatist and insisting he would not nationalise.

An emphatic 'no' from Keith when he's asked if he would nationalise the Big Six energy companies pic.twitter.com/H34OQNYMep

Starmer was confronted by a young Labour member who was also part of a new group “Green New Deal Rising”. In excruciating footage that the group tweeted out, Starmer blanks the young member as they ask him whether he supports a green new deal.

Young people were ignored by @Keir_Starmer when we asked him where he stood on the #GreenNewDeal in Brighton today.

£85 billion is the minimum we would need to create millions of good green jobs.

But Keir won’t even commit to that? pic.twitter.com/k9UHHQRBqe

In the wake of the passing of the LGND motion, Shadow Chancellor Rachel Reeves was this morning interviewed on BBC breakfast. When asked about renationalising, she said: “This is not the moment to be looking at nationalising companies” instead wanting to concentrate on “bread and butter issues” like the panic buying of fuel, the 10 per cent increase in energy prices coming in next month and the potential collapse of energy companies. Arguably these are issues which might be eased by government intervention in the shape of nationalisation.

Responding to Rachel Reeve’s comments this morning on public ownership, Momentum co-chair Andrew Scattergood said: “This is exactly the time to be looking at nationalising companies. Public ownership is a bread and butter issue for working people, because right now our bill payments are ending up in shareholders bank accounts. At this point, refusing to consider public ownership as a policy option not only flies in the face of massive public support but amounts to an active refusal to deal with the crises of the 21st century, including climate change.”

The other big news of the day was the passing of a suite of rule changes including an increase in the number of MPs nominations for a candidate to get onto a leadership ballot from 10 per cent to 20 per cent. As previously reported, these rule changes have been largely seen as factional moves to block the left from leadership. The week running up to yesterday evening’s vote was populated by frantic briefings from all sides of the Labour party on the changes and the passing of them has been seen a victory by the right.

Yesterday, General Secretary David Evans told a fringe meeting that the rule changes felt like a “turning point”. A senior Labour figure told BBC political editor Laura Kuenssberg “we are a serious party again”. A Momentum spokesperson said: “This is a needless self-inflicted blow to democracy in our Party, delivered against the opposition of Labour members. A substantial majority of the CLP section at conference voted against this rule change, but it was Unison’s delegation breaking their own policy that swung it for the leadership and the Labour right.”

Questions remain over the utility of spending huge amounts of political capital and media coverage on internal fights that bear no relevance to the lives of most voters. With a leadership election allegedly not on the horizon for many years, and 18 months of questions over what Keir Starmer’s Labour Party actually stands for, one might be left to wonder to what end these reforms make the party more serious to the average voter.

Today, following that interview on BBC breakfast Shadow Chancellor Rachel Reeves will address conference from 11:15am, promising the biggest overhaul in business taxation in a generation if elected. The session includes a vote on motions which includes proposal for £15 an hour minimum wage, supported by Momentum.

Elsewhere there will be votes on motion on Israel and Palestine, Afghanistan and Electoral reform.

Linkedin
RELATED ARTICLES
OTHER ARTICLES
A new law change is enabling Britain’s donor-conceived children to know the truth about their origins – but campaigners say the fertility industry must do more to protect people.
Photographer Sean Maung reflects on documenting a small town in Pennsylvania afflicted by high levels of unemployment, poverty, violence, crime, and addiction.
After blocking the Scottish government’s gender recognition reform bill, Westminster is now devising further changes to the law to make it harder for trans people to self-identify.
From snake handlers to mardi-gras revellers, Tom “TBow” Bowden’s photos provide a snapshot of the wonderful and weird people who make up America.
A new film from Berghaus traces the story of Adam Raja, who left behind a turbulent upbringing to discover the healing power of climbing.
Campaigners reflect on what the supreme court’s decision to allow buffer zones in NI means for the future of reproductive rights in the UK.