News & Politics / How I learned to forget the past, say fuck the future, and live in the present 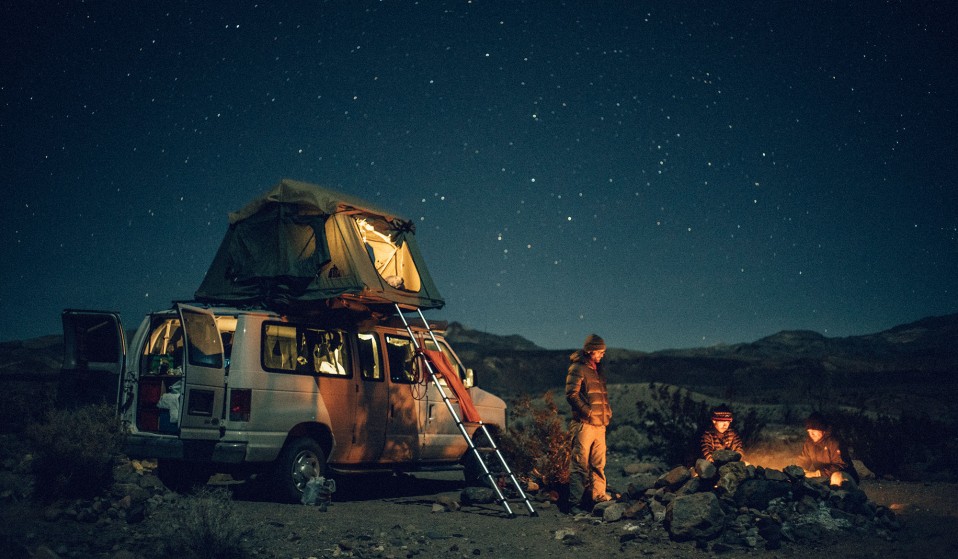 It's easy to drift through life, mind weighed down by regrets, memories and a fear of the the future. But why not surrender yourself to the present?

It's easy to drift through life, mind weighed down by regrets, memories and a fear of the the future. But why not surrender yourself entirely to the present? Ryan Bassil shares a lesson in living in the here and now.

It’s easy to become lost in your mind, submerged in thought until it feels as though you’ve drowned. As a teenager and later a young adult, I spent most of my waking moments in this in-between state, neither here nor there. Everything seemed slightly out of reach, hidden behind an invisibility cloak, the saturation turned down and the conversations muted. It’s almost like growing up underwater.

Disconnecting from reality is a common symptom of anxiety, depression and a range of mental illnesses – but it can also simply be a byproduct of the stressful and monotonous routine of carrying out daily tasks. After a while, the human brain begins to operate on autopilot, no longer focusing on the outside environment but shrinking inward. Instead of being present and connected to the world, it’s common for people to become associated with their own mind instead.

From a young age, we’re taught the power of the mind, but it’s rare to learn how the brain often harnesses its strength in negative ways, taking away from the only thing that matters – which is the present moment. That’s something spiritual leader Eckhart Tolle speaks about in his best-selling book The Power of Now and its follow up A New Earth – books that have been read by people as celebrated and far flung as Paris Hilton (she brought a copy with her to jail in 2007) and Annie Lennox.

Tolle believes that humans have become identified with their mind, coming to define themselves by things they feel rather than the pure divine being they are. He believes our mind becomes preoccupied with the past – replaying previous scenarios over and over, building our sense of self again and again – and also the future, because it’s where we see ourselves going. Through this process, Tolle says we become distanced from the present moment and therefore life itself.

For some people the disconnect can literally feel like drowning, for others it’s a small hum in the background – a nagging thought about some future task or ruminating over a yesteryear experience. Whatever the case, the disconnect often comes as a result of not accepting the present as it is. Instead of giving ourselves over to what’s happening before our eyes, allowing full surrender to the now, our mind is somewhere else. In a way we’re putting a roadblock in front of fulfilment, enjoyment and appreciation of life in the here and now.

Of course, removing that mental road block is easier said than done. At times it feels like an impossible task, like trying to catch smoke. But its foundations lay not in trying, but doing. Because you don’t need to try to surrender to the present moment, you just do it. You can’t think about being present; you can only be present. Instead of thinking about what you feel, allow yourself simply to feel it. Don’t give judgement to the feeling or pass on thought. All you do is accept.

By accepting the present moment, power is no longer given to past and future feelings and memories. And by removing that power comes acceptance of what’s already been and what is to come, too, allowing everything to come full circle. The past doesn’t exist, so why should it have any control over us? The future isn’t promised either, so why does that take up present energy in our brain too? The only thing that matters is right now.

Tolle goes into a lot more depth in his books about all of the above – because, of course, the future does hold some importance! – but through reading his work I’ve come to learn more about the way the mind works. Critically, I’ve become aware of how my early life was spent in a state of unconsciousness; of how my body remained rooted to the earth but my mind was always elsewhere, drifting around in some state between past memories I thought defined me and future worries and fears that hadn’t happened yet and never would.

In a way, Tolle’s approach is similar to mindfulness. But it’s also one that goes deeper. And if any of this is stirring something in you, then I urge you to do exactly that since it’s likely something you may find helpful. Through practicing my surrender to the present I feel I’m becoming more awake. Ultimately, my head is above water and the colours are turned on. Life is happening in front of me and this time I’m right here, a complete part of it.

Linkedin
RELATED ARTICLES
OTHER ARTICLES
Yohon Tatum, aka Legendary Father of the House of Tisci, reflects on nurturing a new generation of talent.
A group of aid workers face prison for helping to save people fleeing their homes at sea. If they are charged, it will have a chilling effect on humanitarian efforts.
A new podcast is opening up the conversation between trans women and trans amorous men in the hope of building coalitions.
Jeffrey Henson Scales intimate portraits and protest images of the BPP and its leaders offer a rare insight into organisation at a time of societal upheaval.
David 'Dee' Delgado’s photo project is about honouring and uplifting the city of his youth, and a world rapidly disappearing under the relentless onslaught of gentrification.
Zsófia Sivák’s ongoing project documents the country’s tavern culture, preserving a once defining part of rural life.