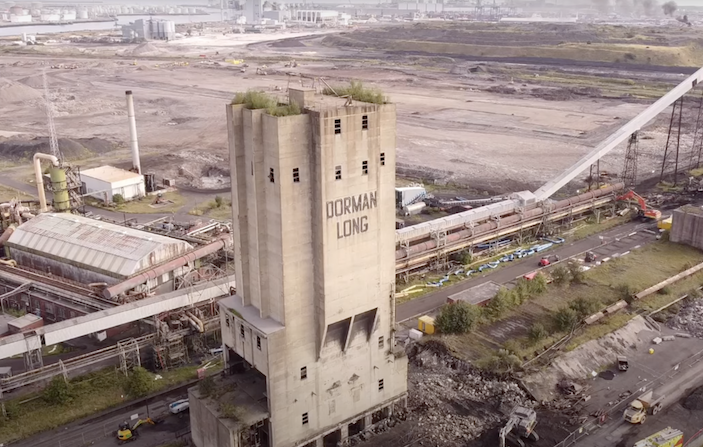 Investment zones – one of the last scraps of Liz Truss’s mini-budget left – will only do more harm than good.

Amid the chaos engulfing Liz Truss’s government, one of the last scraps of her mini-budget left is investment zones. Writer George Walker explains why they’ll only do more harm than good.

Liz Truss is floundering. Economic calamity and mismanagement have ushered in historic poll leads for the Labour party and skyrocketing disapproval ratings for a prime minister who has been in her job just over a month. Truss’s speech at the Conservative Party Conference was littered with Thatcherite soundbites as she insisted on cutting taxes, despite massive financial market shocks caused by former Chancellor Kwarteng’s uncosted mini-budget.

As new Chancellor Jeremy Hunt takes a red pen to the mini-budget, very few aspects of Trussonomics remain. The last scrap of the ill-fated economic plan still in place comes in the form of a commitment to expand ‘investment zones’ in new Tory voting regions such as Teesside, where I’m from.

Teesside’s industry soars through its veins, and anyone born in the area will have an affinity with the many sectors that built it from the ground up. From the iron ore and steel of Bolckow and Long, to the petrochemicals hub on the Wilton site in Redcar where my dad worked, we’re never far from our history. It’s also there physically for us in Teesside, when the sky over where we lived in Great Ayton blazed at night; like an apocalypse scene from a sci-fi film (I always had the assurance from my dad that it was simply the plant ‘flaring’ and burning millions of pounds of product, and not some incoming Armageddon).

Under Boris Johnson, the Conservatives made electoral headway in our area, gaining the seats of Redcar, Stockton South and Darlington in 2019 and Hartlepool in a by-election earlier this year. After the election, Johnson waxed lyrical about delivering for first-time Conservative voters in areas like Teesside. But from the outset, the ‘Teesworks’ freeport on the site of our former steelworks as a stalwart of ‘Levelling-Up’ has been subject to massive public scrutiny over its capacity to deliver for the area. In many ways, it serves as further proof of the idea that government ambitions of ‘Levelling Up’ or the ‘Northern Powerhouse’ aren’t working, with a recent report by Northumbria University demonstrating the agenda’s abject failure in the North East.

Why is the Chancellor happy to ditch 95% of @trussliz's terrible economic policies, but won't scrap the nature-wrecking investment zones, which will undermine environmental regs, avoid fair taxation & bypass local democracy? If he's a so-called 'green Tory', he needs to prove it pic.twitter.com/nLwwT318t2

Freeports were first popularised and expanded under Johnson as a keystone of Britain’s post-Brexit de-regulatory economic agenda. Put simply, freeports aim to create economic activity near shipping ports or airports, typically in regions afflicted by the worst effects of deindustrialisation and their subsequent stagnation. They’re effectively a small hole in a country’s customs territory, where goods imported from abroad are exempt from taxes, called tariffs, that are normally paid to the government on arrival. In England, it has been confirmed that companies inside freeports will also be able to claim lower property taxes, including on new buildings they buy. The ‘investment zones’ touted by Truss; dubbed ‘full fat’ freeports, will expand on freeports, extending the long-term scale of tax breaks available in new enlarged zones that will be bid for by local authorities across the country.

The industrial history of Teesside – from a rural hamlet in 1801 to the ‘Infant Hercules of William Gladstone by the end of the century – made it the perfect site for the first freeport opened in October 2021. ‘Unleashing’ a former hub of Victorian industry through deregulation and tax breaks to turbocharge growth on the physical site of our former steelworks is an apt historical allegory, with 2019-intake Tory MP for Redcar Jacob Young calling it the “biggest opportunity for our region since Henry Bolckow looked up at the Eston hills” and found iron.

The ‘Teesworks’ freeport has been touted by Conservatives both local and national as an exciting bastion of the Conservatives’ good will to deliver on promises of economic regeneration, with Tees Valley Mayor Ben Houchen churning out endless seemingly unsubstantiated job creation announcements, and being seen in photo-ops with high profile national figures like Michael Gove and Rishi Sunak. Yet, when fantasy collides with reality, the Teesworks freeport can be seen for what it really is: a public project dubbed as the answer to economic stagnation for local communities transferred into the hands of private interests.

At its outset, the freeport was in public control under the South Tees Development Corporation (STDC), a body that owned 50 per cent of the shares in the freeport, ensuring democratic accountability to activity on the site and value for public money. However, back in March 2020, two local businesspeople Martin Corney and Chris Musgrave formed a joint venture partnership with the STDC, with four shares being issued; two for the Corporation, two for Corney and Musgrave. This was a business partnership allegedly omitted from the public domain and, it seems, one that only became common knowledge through a Tees Valley business club event.

If vast tracts of the UK are to be so-called 'investment zones' why not have a nationwide policy instead? Or is the real goal to give private companies control of economic policy impacting all or lives in different parts of the UK?

By November, with the STDC running low on funds and being issued a compulsory strike-off on the 2nd, Corney and Musgrave made a bid for majority control of Teesworks. On 26 November, there was an issuing of 96 shares, leaving Corney and Musgrave’s company DCS Industrial with 90 per cent, and the STDC just 10 per cent. To make matters worse, the STDC’s shares are restricted Type D shares, of which the other shareholders have first refusal, thus furthering the entrenchment of private control over what was meant to be a public project.

The conundrum of private/public ownership is also clear when you consider exactly who these new private owners are. Ian Waller, director of Northern Land Management; part of DCS Industrial, donated £7000 to Mayor Ben Houchen in 2018, and Joseph Christopher Musgrave of Musgrave Capital and DCS, donated £3000 to the Tories back in 2015. Arguably, the local authority has lost control of a public project initially intent on delivering economic regeneration for the community, with Teesworks becoming an opportunity for turnover for the freeport’s ‘90 per cent club’ of private owners.

Corney, Waller, Musgrave and Houchen did not respond to Huck’s request for comment. Houchen is on record as saying that private sector investment is key to job creation.

All of this has come at the expense of life in the area, and has seen the wiping out of Teesside’s heritage. It was almost a year ago that Houchen had the Dorman Long tower – an industrial and brutalist icon of our steelmaking history – demolished to clear space for the expansion of Teesworks, overriding Historic England’s advice that it should be given Grade-II listed status. The freeport’s expansion is also having disastrous effects on local marine life by dredging waters laden with toxic chemicals like pyridine from the coast’s steelmaking past, with mass die-offs of lobsters and crabs washing up on beaches across the North East calling the safety of dredging into question.

Teesside’s experience with freeports, or what Truss calls ‘investment zones’, crucially lays waste to the idea that the current and previous Tory governments give a damn about the North and especially the North East. Teessiders’ lending of their votes to the Conservatives hasn’t brought about the changes promised and it never will. Teesworks also show us that Truss’s embrace of the deregulatory ‘tiger economies’ model embodied in freeports is at best an ideological pipe dream, and at worst a project to ensure that any gains engendered by growth will be managed by and remunerated to big business.

Linkedin
OTHER ARTICLES
Ireland’s national sports are modernising. At the forefront of this movement is Na Gaeil Aeracha, the country’s first ever queer GAA club.
Recent research is highlighting the drug’s enormous potential for treating substance abuse.
Hackney Bumps is a DIY sanctuary in the heart of East London, home to a thriving diverse community of skateboarders – and beyond.
Alternating between colour and black-and-white, the photographer chronicled sexual liberation, economic crises and the repercussions of the war in Vietnam.
Photographer Jeffrey Silverthorne always treated his subjects – often those living on the margins of society – with empathy and respect.
Photographer Nico Froehlich’s series documents South London’s diverse communities, while also reflecting on their fragility amid rapid gentrification.