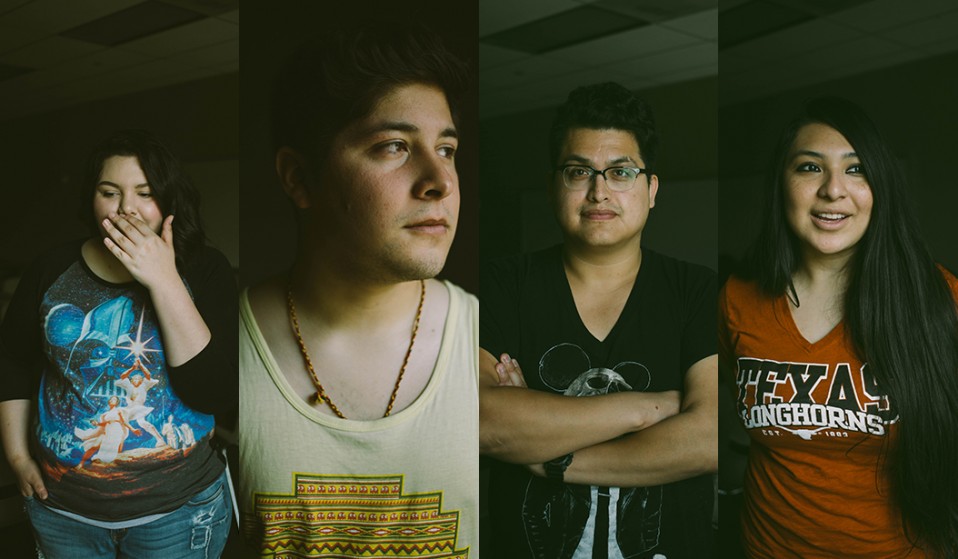 It's decided: Donald Trump is leading the Republican Party charge to the White House. His headline policy? To build a wall along the Mexican border. The rhetoric might grab headlines, but how do young Mexican-Americans living on the border feel about their world? Photojournalist and professor Adriana Yvette Monsalve asked her students to find out.

Donald Trump is leading the Republican Party charge to the White House. Just yesterday he visited Mexico City, reaffirming his vow to build a wall along their shared border, paid for, his insists, by Mexico. The rhetoric might grab headlines, but how do young Mexican-Americans living on the border feel about the world they know changing? Photojournalist and professor Adriana Yvette Monsalve asked her students to find out.

The Mexico-United States border is an international boundary, a literal wall that for the most part cuts through the southern-most states, regardless of the terrain it traverses. The bricks and bars are all too real, except for in a few specific areas of Texas, where border towns sit in the shadow of the borderless border.

Well, borderless in the sense that no barred wall keeps anyone from entering; although armed border guards might put you off. Here, it’s a river that separates two nations: The Rio Grande. From one side of the river you can see into Mexico and wave at those washing their clothes by the river banks. They are two countries side by side sharing resources, commerce, travel and work. Try to cross though and you may well end up shot.

Laredo is located on the north bank of the Rio Grande in Southern Texas, across from Nuevo Laredo, Mexico. Laredo and Nuevo Laredo are sister cities: they share a  name because they share a culture, recourses, as well as people. After all, Laredo is 96% Latino.

Laredo is a fast-growing city, said to be the fourth highest populated border town in the US, and it’s a city with no barred wall. Trump, however, wants to change this. When you hear him talking about building an “impenetrable” wall, he is specifically speaking about the Texas border, because California already has a wall. To him it’s Texas that needs fixing. But what do young Mexican-American’s make of it all, and what are their thoughts on what the future holds? 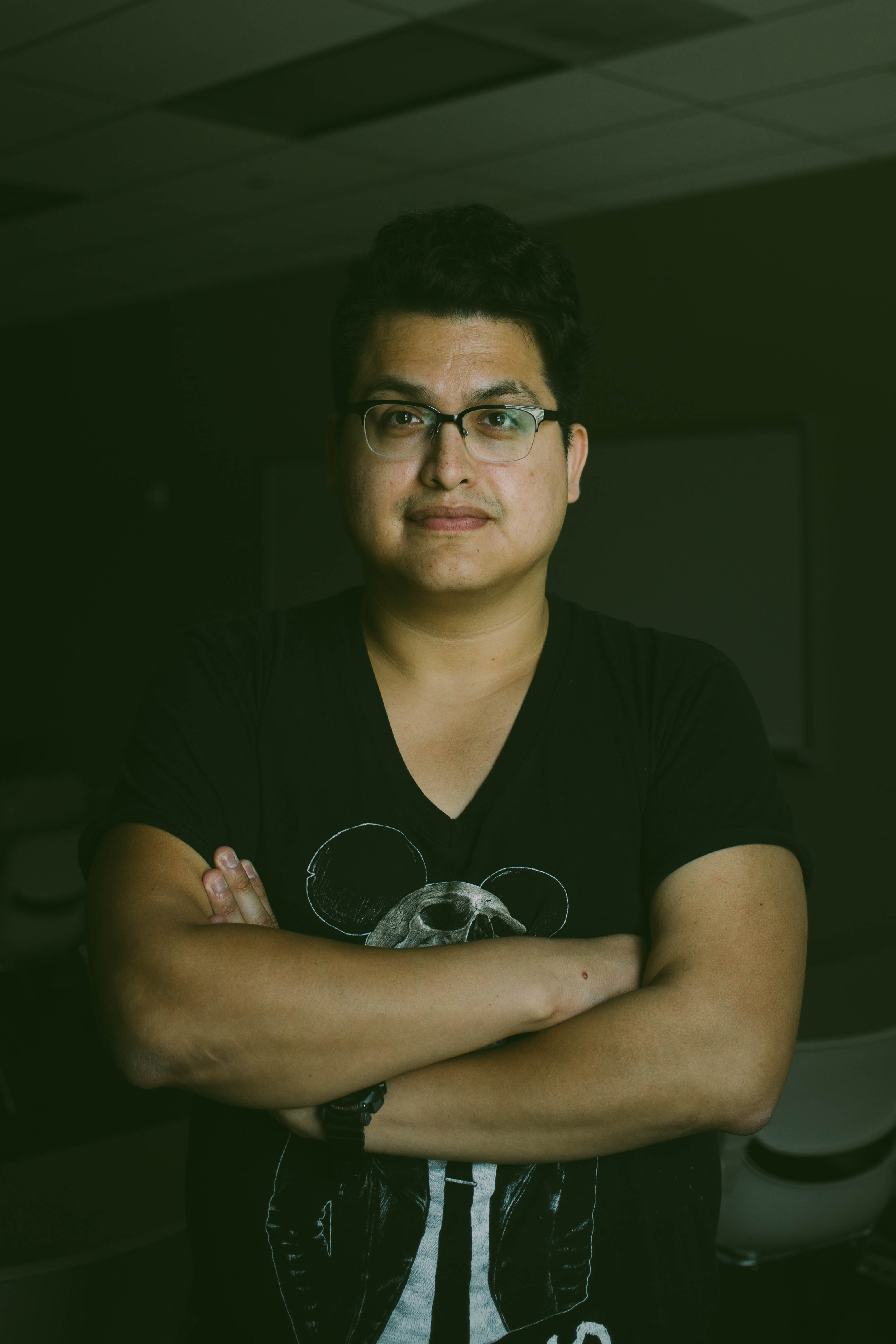 “As a young American, what matters to me is my future.

“If Trump wins I will be very disappointed in my country. We’re the country everyone is risking their lives to be in….and all for this loser to win the election?!?! No creo yo!” (Translation: I don’t think so!)

“I’ll feel the need to work that much harder because I have no idea what Trump has in mind aside from a giant wall. This country should welcome anyone who wants to live a better life. I understand there’s certain arrangements people have to make, and that’s why I feel that the U.S. should make the citizenship process move a lot quicker for families and others that sincerely want to live a better life, because this is the country to do it in.

“I’m not sure what I would tell someone who wants to become a citizen… like are you sure you wanna do this? My country be acting up and they show signs of hope only every so often.” 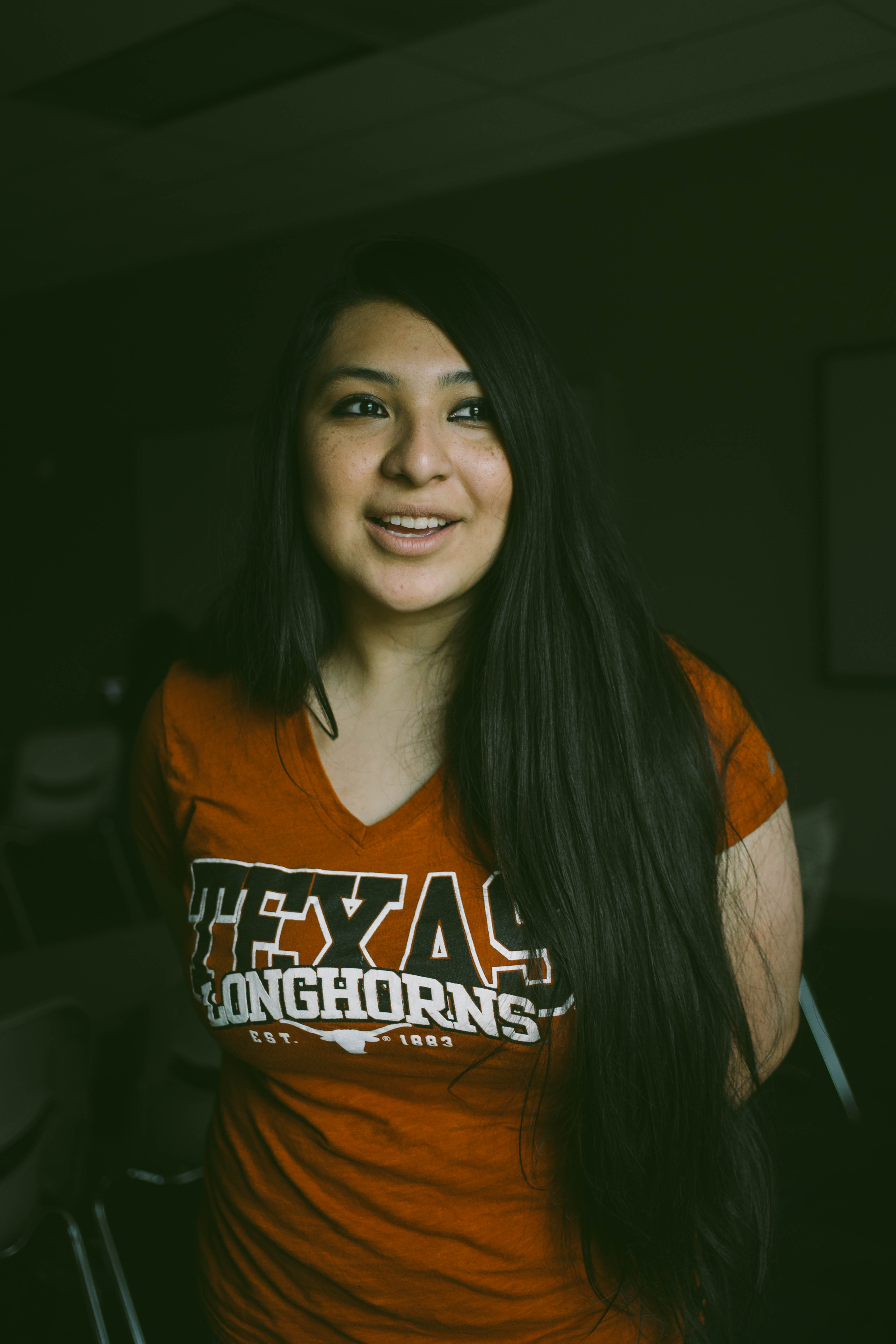 “Trump’s plans will hit not only me but most of my family. They come across from [Mexico] and some of them don’t have papers. My mom does, but some of my aunts don’t, my grandma just got her permit to come, and my uncle doesn’t have one either.

“I don’t cross. I haven’t ever been to Nuevo Laredo. My mom crosses to visit my grandma.

“If Trump was president, I just don’t know; a lot of people would be pissed. A lot of people in Zapata are pissed, even people that do have papers or were born here, because everyone in Zapata or Laredo or just the border, has family there. If Trump became president it would be a whole war. 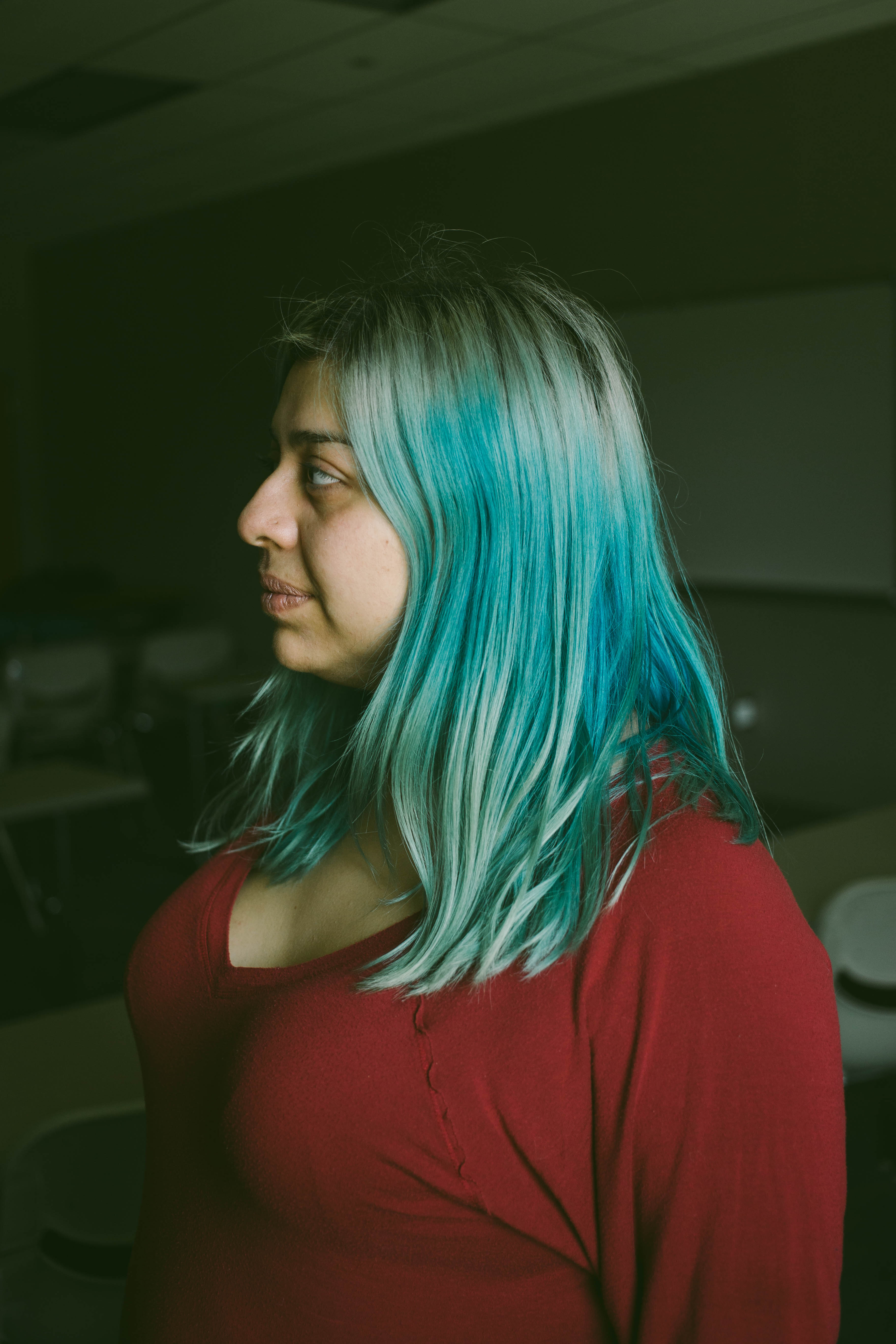 “So i’ll admit I was sad when Bernie decided to drop out. Him endorsing Hillary? I’m still kinda weird about it. I do not want Trump to win, right now the world is really negative, its dark. With his racism and his rude comments. These views will hit us here at the border.

“Number 1: We have a gay community, downtown, right next to the border. Its a small gay community, but we do have one. Bringing in more hate is gonna create more chaos. Like what happened with Orlando.

“Number 2: The wall? That’s gonna be horrible. My backyard is technically the river. It’s awesome that you can see across the border. Like that’s Mexico, this is Laredo, and literally two cultures are just hanging out doing the same things. That wall would ruin it

“Number 3: There have been so many immigrants in my life who have helped me. Growing up I had a nanny, and she was from VeraCruz. She was just here working temporarily, That woman is like another mother to me.” 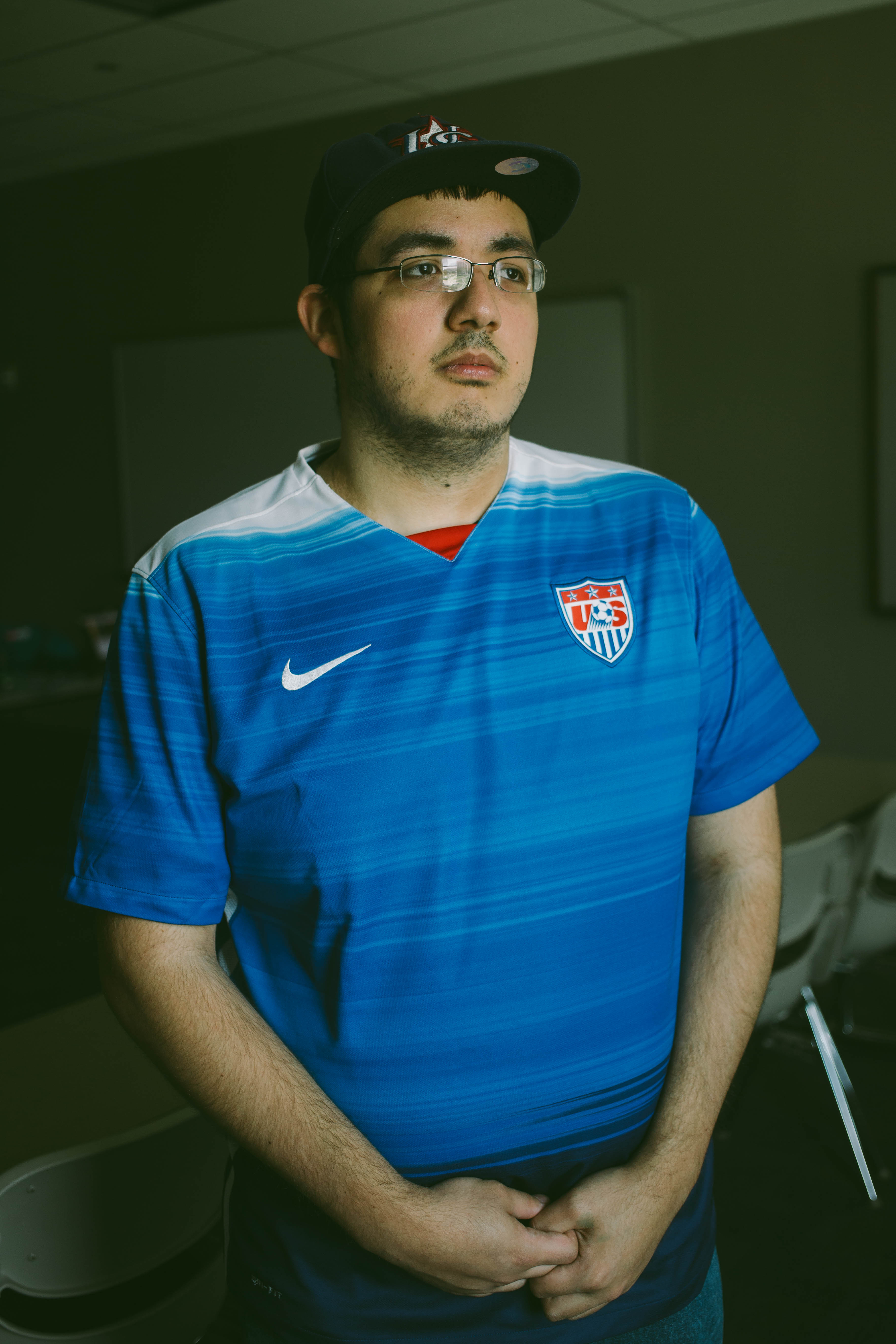 “My family is split half in Mexico and half here in the United States. There is no reason why you should look down on us, but since we are all hispanic we are all targets.

“I’ve always imagined myself in a big city, I want to move up north.I love travelling: I’ve been to Las Vegas, LA, New Orleans, Atlanta, Washington DC, and New York ,but its a small list compared to a lot of people.

“I wanna prove people wrong about my narcolepsy. People think I’m limited to whatever I do because of it. And that’s why I want to travel.

“People ask me if Laredo is so dangerous, but I don’t feel danger here.

“Danger is everywhere, but it’s on another level on the other side of the border. Laredo is a good place to live in, a good place to settle down. Laredo has so much potential. Hopefully Trump doesn’t win.’’ 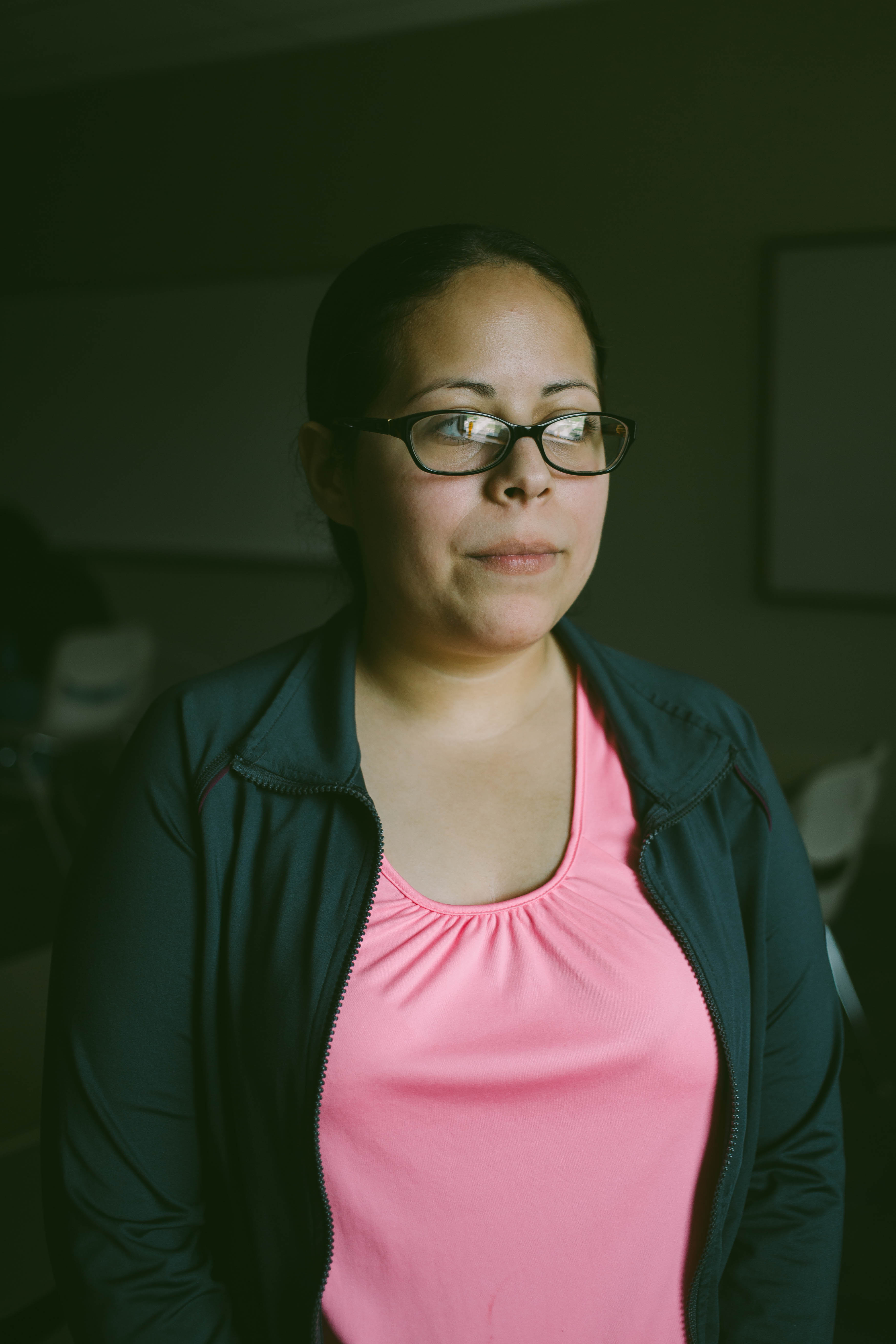 “Right now, I am focused on school and doing the best I can academically. My job matters, because with my paycheque I’m able to help out in my house with expenses.

“The border matters to me because my family and I happen to go over there for medical purposes, and most of my family live over there too.

“If Trump is the next President, and a wall comes up and security at the border gets tighter? Well, first of all, this would become a problem for people who live on the Mexican side and cross everyday to come to school or work. I have family  members who cross everyday for these reasons.

“Everything will change. I don’t think I would feel safe, because Trump has some ideas and plans that would threaten the residency of my family, and there will be so many jobs taken away as well a decrease in education.

“Honestly I would leave the border if I ever have an opportunity to do so, that will benefit me and the well being of my family, I won’t hesitate to leave.” 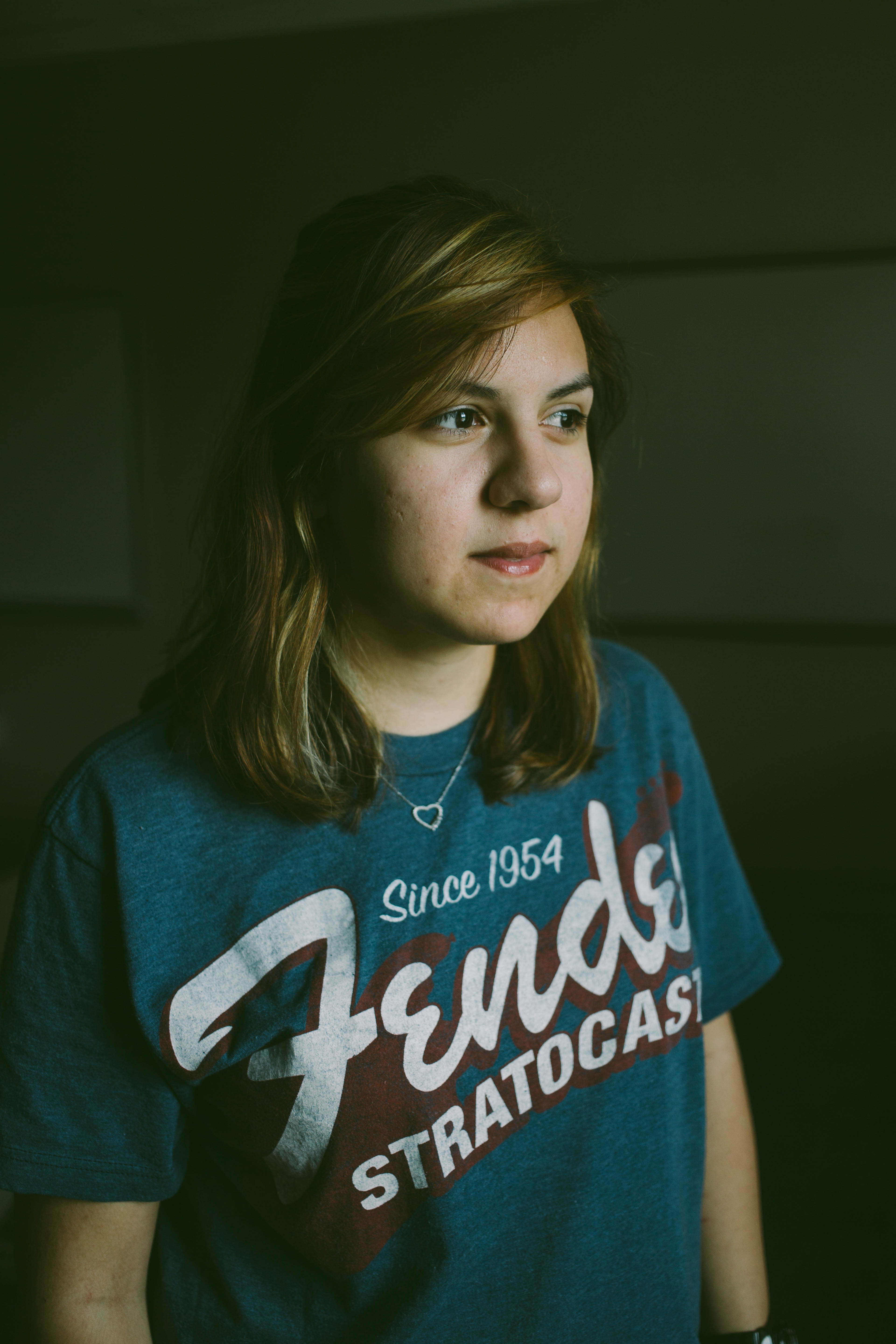 “I travel across a lot, but I don’t have a passport. I’m sure if things change with the new presidency, this is gonna be troublesome.

“Not being able to go back and forth would impact me directly: I visit my grandparents and my uncles and aunts. I don’t have medical insurance, so i go to the doctor in Mexico a lot. It’s also the simple things, like buying Mexican food – avocados are really cheap over there.

“I love living here. I would never leave, it’s just so convenient for me, I get the best of both worlds.” 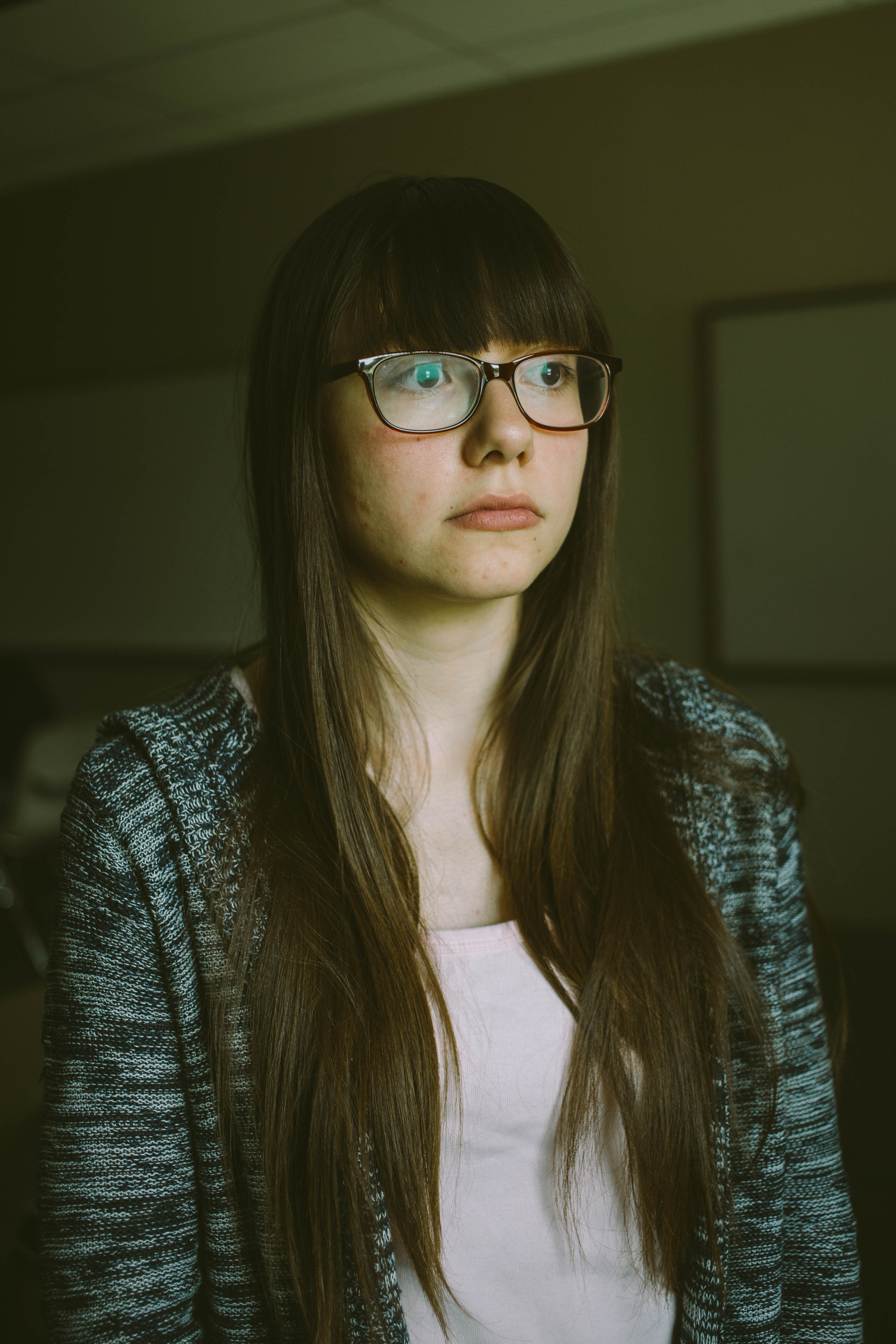 “If the wall came up it would effect my boyfriend’s family. His parents and his brother weren’t born here, only he was. That concerns me because i don’t what’s going happen to him. I don’t know if he would move to Mexico with his family.

“Im still discovering myself. Im trying to figure out what I’m passionate about, but my main goal is live. That’s it. As cliche’ as that is. My significant other is my priority. I want a family, I want things I didn’t really have.” 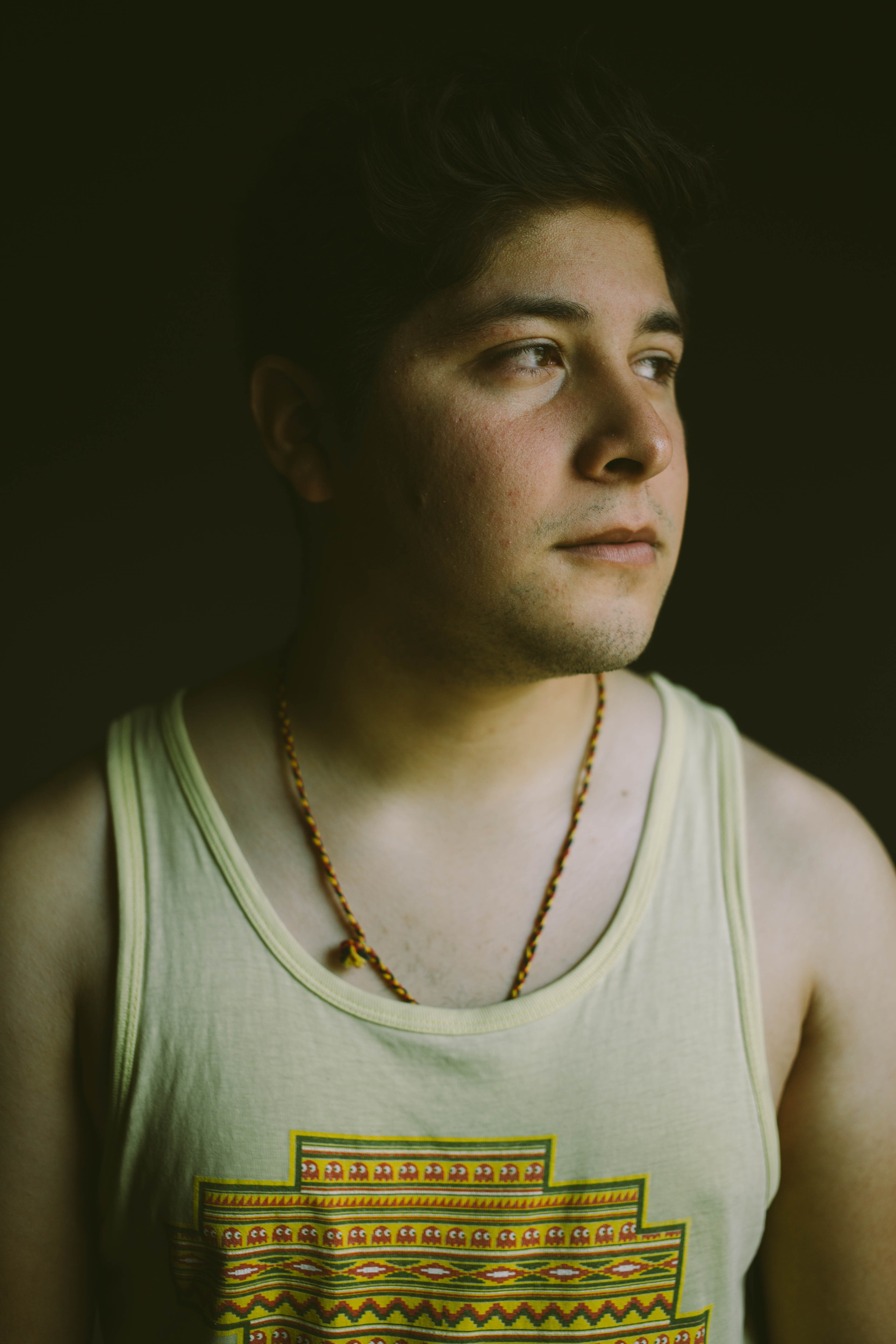 “All these potential changes to the border could have a big impact. We are talking about the wall coming up. Like me, personally, I’ll be fine. I can go back and forth as i want, that’s my privilege of being an American.

“Most of my family lives in Nuevo Laredo, Mexico, so we’re talking about right across the border, but some of them actually struggle just coming to the United States to visit.

“But there are many who are not like me.

“I don’t want to say that I’m completely proud of the culture we have here, but it is something so unique, so how could you want to lose it?

“I was born here in Laredo, but my parents are on the other side. I would consider leaving the border but it’s not linked to the violence or the lifestyle. I think for me it’s about trying to broaden my horizons.”

Linkedin
RELATED ARTICLES
OTHER ARTICLES
Theo McInnes’s photos of the annual event provide an intriguing snapshot of contemporary Britain.
Following the release of his debut single, Deyaz talks battling addiction, dealing with his struggles through music, and building a budding music career from his living room.
Author Edward Banches dicusses his new book, which examines the hard rock and metal scenes in five African countries: Botswana, Togo, South Africa, Kenya and Ghana.
The action took place in response to the 200 asylum-seeking children who were placed in hotels run by the Home Office who have gone missing.
A new film from Berghaus traces the story of Adam Raja, who left behind a turbulent upbringing to discover the healing power of climbing.
After blocking the Scottish government’s gender recognition reform bill, Westminster is now devising further changes to the law to make it harder for trans people to self-identify.