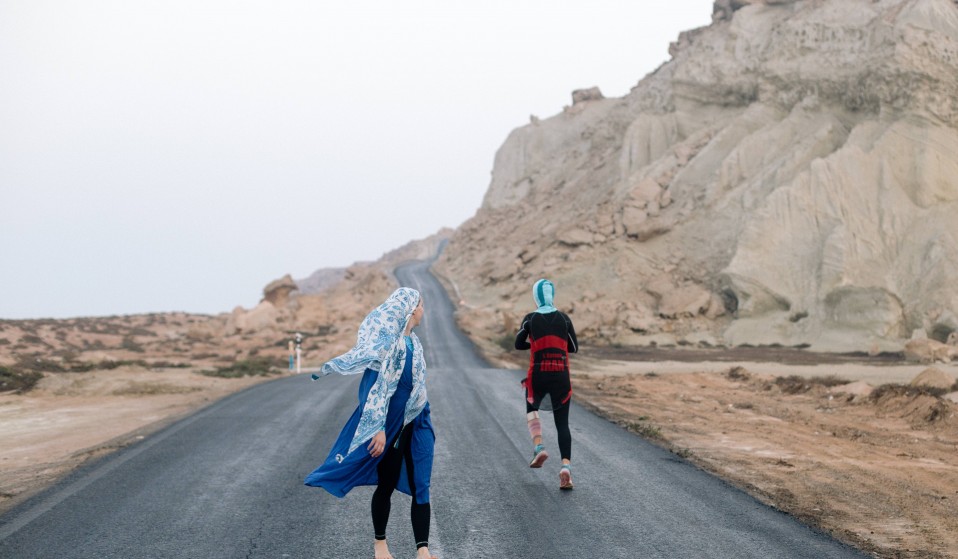 Shirin Gerami is no stranger to defying expectations. Iran's first female triathlete, the first Iranian woman to race in a World Triathlon, now she's set to become the first woman to represent Iran at Ironman Kona.

Shirin Gerami is no stranger to defying expectations. Iran's first female triathlete, the first Iranian woman to race in a World Triathlon, now she's set to become the first woman to represent Iran at Ironman Kona.

The last three years has seen the face of sport in Iran change drastically for women. Shirin Gerami became the country’s first female in triathlete, Kimia Alizadeh won bronze in the -57kg Taekwondo at the Rio Olympics and, next year, Tehran will host the Women’s World Chess Championships.

Now, Gerami is pushing to achieve a new sporting first. On 8 October 2016, Gerami will compete in the brutal Iron Man Kona triathlon in Hawaii covered in “appropriate sportswear”.

Roughly 2,000 people will compete in the gruelling competition beginning with the 2.4-mile Waikiki Roughwater swim before athletes take to the saddle for the 112-mile Around-O’ahu bike ride, while the Honolulu Marathon acts as the cherry on the cake. 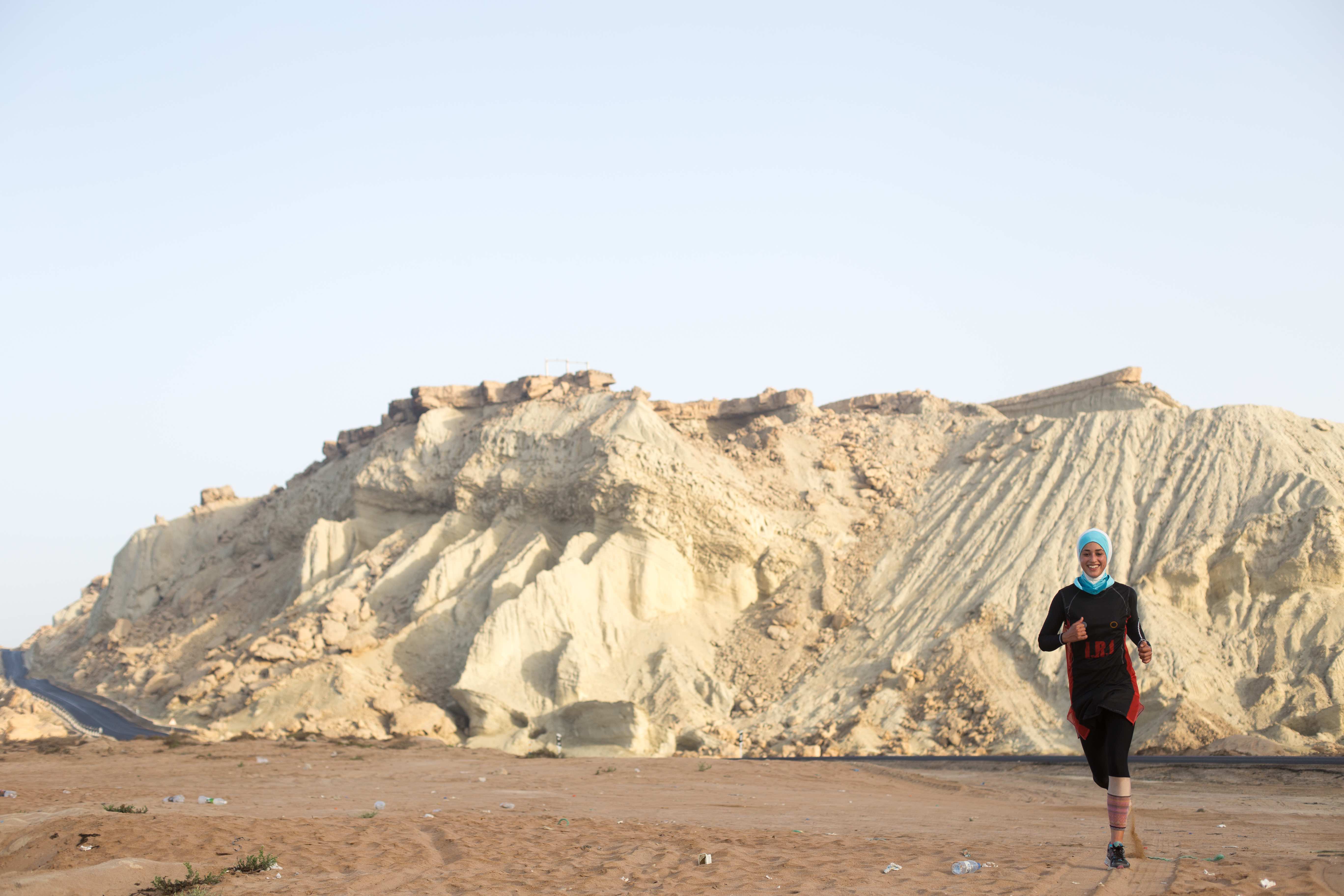 The thought of completing the most intense race on the Iron Man circuit would be enough to deter most people, but Gerami’s collaboration with Roka, a Texas-based sportswear company, and the Australian professional triathlete Chris Mc Donald is opening up new possibilities for Iranian women in sport.

Speaking to Tim Heming in a piece on witsup.com, Gerami spoke of her specifications required to race: “I cannot wear a wetsuit in Kona so Roka have created a swim-skin which will get me through the course covered and without overheating while still being hydrodynamic. The bike and run leg clothes need to be aerodynamic but not figure hugging.”

No stranger to breaking boundaries, Gerami became her country’s first female triathlete when she competed in the 2013 ITU World Series in London; her entry was by no means straightforward.

She was granted permission to compete after a lengthy discourse with Iran’s governing body which lasted more than half a year. When she finally was given the green light, Hassan Rouhani, Iran’s seventh president, was among the first to congratulate her when he tweeted: “Shirin Gerami,1st female triathlete to have participated in world championship wearing Iran’s colours #GenderEquality.” 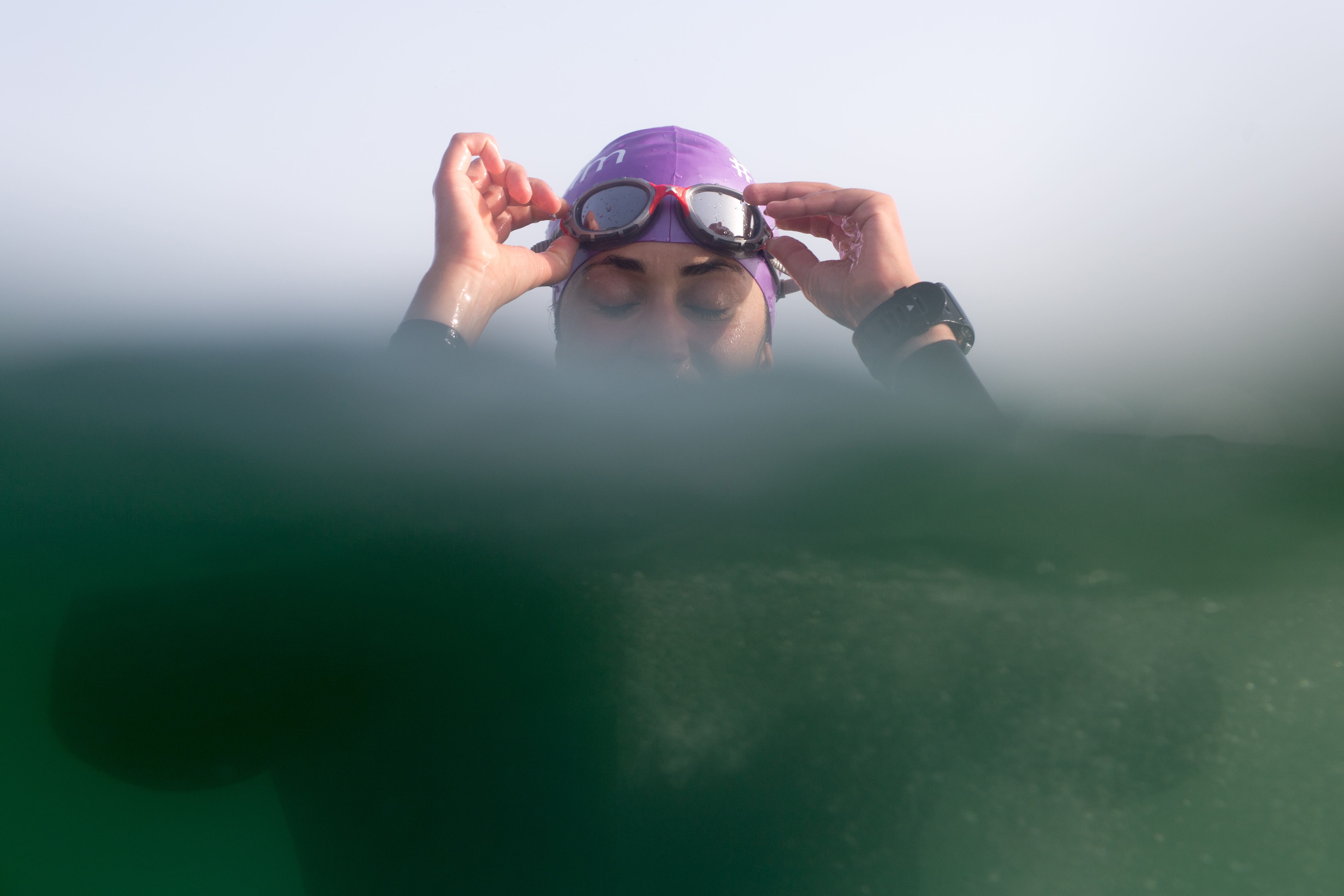 Gerami’s activism extends beyond her own disciplines, honed while studying at Durham University. Earlier this year, she co-created the ‘Be Like Water’ programme with Irish surfer and activist Easkey Britton which aims to “[overcome] barriers for all women regardless of social class, religion, age,background, culture, who wanted to be in the water or surf.”

Iran’s sporting scene for female athletes is undergoing massive scrutiny as calls to boycott next year’s Women’s World Chess Championships grow over the mandatory wearing of the hijab for woman – an Iranian law since 1979.

Mitra Hejazipour, an Iranian grandmaster and winner of the 2015 Asian Continental Women’s Championship, has denounced the claims saying: “This is going to be the biggest sporting event women in Iran have ever seen; we haven’t been able to host any world championship in other sporting fields for women in the past.”

As Gerami prepares to compete in one of her biggest challenges yet, the world watches on in fascination as Iranian women fight to change the way they are seen at home and on the world stage.

Keep track of Shirin by following her on Twitter.

Linkedin
RELATED ARTICLES
OTHER ARTICLES
A woman from Texas explains how she was forced to consider the criminal liability she might face for medication abortion over her health.
Photojournalist Fiora Garenzi spoke with people still living in Eastern Ukraine, an area which seen some of the heaviest fighting since the war began.
With the UK now set to run out of vaccines, people working in the sex industry – particularly outside of major cities – have been left especially vulnerable, reports Brit Dawson.
Steel City is often overlooked when it comes to the country's cultural radar despite its role in shaping electronic music.
Photographer Bud Glick recounts documenting everyday life in the area, and what it taught him about the Chinese immigrant experience.
We introduce our series spotlighting the voices of people who’ve been impacted by anti-abortion laws and anti-choice protestors.