News & Politics / There’s no shame in our mental health stories 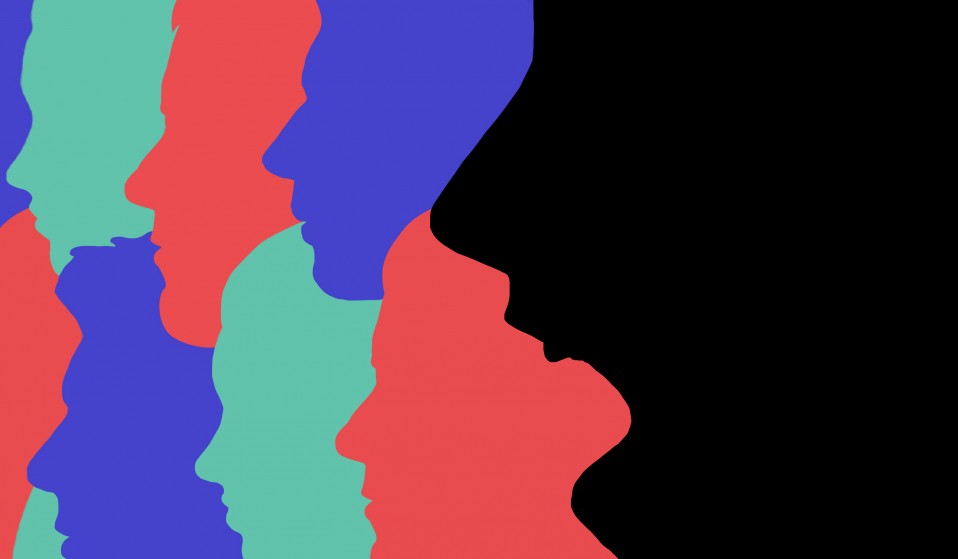 Living with mental ill health can feel like yelling into a void with nobody listening, it's a reality that performer Liv Wynter learnt far too young.

Living with mental ill health can feel like yelling into a void with nobody listening, it's a reality that performer and activist Liv Wynter learnt at far too young an age. But now she wants to share her story, her past and present, to remind us that while we all choke there are ways to make sure next time it gets easier to breath again.

Two years ago I suffered every performer’s worst nightmare. I was on stage at a Don’t Flop rap battle event, a kind of super masculine poetry slam, my fellow rappers and poets going in hard with round for round of insults. I was surrounded by hundreds of men all thirsty for my blood, standing face to face with a battler – and I choked. I choked all three of my rounds in fact. I stood there, in silence as a rapper hurled 10 minutes of gut-wrenching abuse at me as I said nothing.

I had nothing to give, and honestly? I was more than accustomed to letting vile abuse wash over my skin. This event didn’t happen in a vacuum, and now looking back I can acknowledge that at the time I was in an unhealthy relationship. I hadn’t eaten in 11 days, all I had consumed was alcohol and cocaine. I was numbed with depression and exhaustion, and two days later I found myself in hospital. My second suicidal confession in two years. I’m able to say now that this was a necessary turning point towards feeling better, but at the time it felt like my world was irreparably crumbling for the hundredth time.

I have suffered with mental health issues for as long as I can remember. I started viciously self-harming at 11-years-old, which is incredibly young for the habit to form. Throughout my teenage years I ticked all the troubled teenager typecast boxes: I had a boyfriend seven years my senior. I drank alcohol every day, I took drugs at school, I bunked all my lessons. I was self-harming regularly and obviously, but more than that I carried with me a toxic of absolute fury and crippling depression. Now I have better words to describe what I was feeling. Now I can point and say patriarchy, abuse, classism, sexism, violence. I can also point and say depression, mania and desperation.

During year 10, aged 15, I witnessed a suicide. A man jumping in front of a train. This finally led to my school placing me in therapy, and I can remember at the time thinking, is this what it takes? I had done everything to cry for help, but it took the loss of another life to have mine considered worthy? Through the school system I was passed person to person, each time reliving my experiences while trying desperately to analyse what was making me experience these intense and earth shattering feelings.

I was particularly unlucky with the counsellors and therapists I encountered during school. I remember Sandra with black hair who described me as a car with broken down parts, a fixable machine whose cogs were the sole issue. There was Claire, who said that I sought trouble wherever I went after I told her I was sexually assaulted, and Jason, a drug counsellor who deemed me not at risk. The lack of training and support that these people who were supposed to support me had put us all in dangerous positions.

As a 15-year-old I was let down by adults who didn’t report my illegal relationship, my suicidal tendencies, the self abuse. I imagine there was many times I made them head home feeling guilty having not been able to help me, but I also know I left many times drowned in car metaphors and desperation, feeling less human then when I went in.

This week we’re all taking to social media, sharing our stories and being open about what’s happening inside. The friends you know have been struggling, the kids from college you’ve not spoken to since those days. 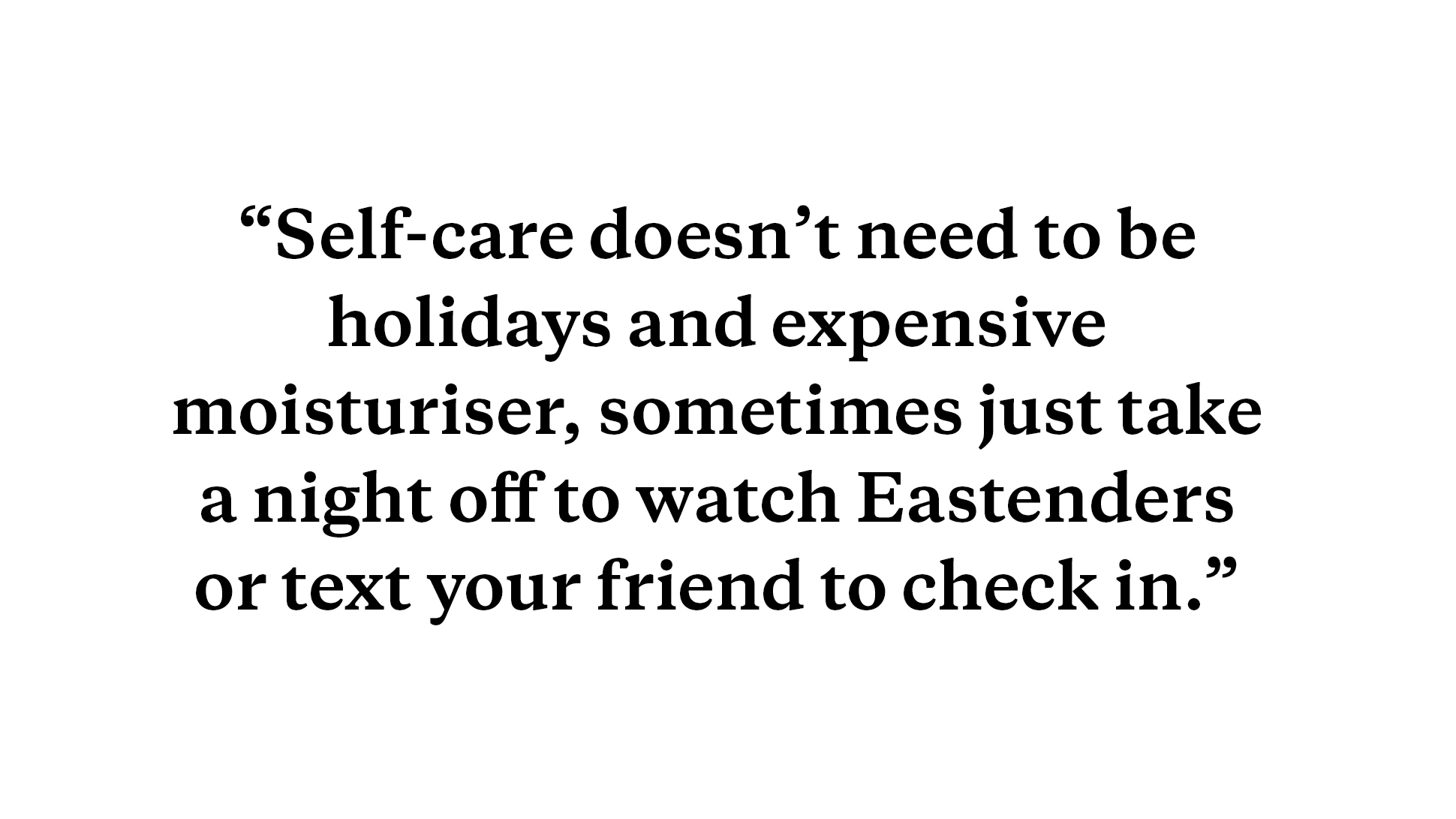 I would struggle to say that I find it liberating to open up in this way, but I do believe it’s important. That in order to normalise mental health, and to truly attack it as a society, we must be prepared to be unbearably open. Our vulnerability is a unifying emotion, and perhaps there is liberation in that, but realistically I feel a responsibility to use any platform to discuss the hardest things I’ve experienced because I know I am not the only one.

So now I want speak openly and honestly about myself, to be clear and obvious in acknowledging both my mental health issues and how I deal with them. In the years that I have struggled I have come to notice cycles; I tend to hit a dip every six months, and if it stays for longer than two months I have to acknowledge that this is a troubling sign. If I feel the urge to self-harm (1.5 years without!) I take a walk, I listen to really loud music, I shout as loudly and for as long as I can. Self-harm and drugs are hard to shake off, because they really feel like they work. It means you need to find something else that really works too.

Learning to understand your own behaviours is a place from which we begin to understand each other, and this learning process will help inform when you or your friends need a cup of tea instead of a beer; a quiet lunch instead of a wild night out. Self-care doesn’t need to be holidays and expensive moisturiser, sometimes just take a night off to watch Eastenders or text your friend to check in.

Although it doesn’t feel normal, struggling with mental health is common; if you find a method that helps you get through then stick with it. The idea of starting to take medication, for example, can be really terrifying but making those small steps toward trying to find a ‘better’ you can lead to a much happier life.

Let’s reject the idea that people should just ‘get on with it’ and find new ways to support each other through these difficult times. Be empathetic, be vulnerable, be strong, be whatever you can because that’s enough. Don’t be ashamed to ask for help, and if your cries fall on deaf ears it isn’t because you aren’t worthy; the systems are designed to fail.

We all choke, and I’m sure I will choke again, but hopefully next time I’ll be better equipped to breathe again.

Liv Wynter is an artist, performer and activist based in London. `You can follow Liv on Twitter.

Linkedin
RELATED ARTICLES
OTHER ARTICLES
Social prescribing connects people with non-medical support to improve their health and wellbeing – but some experts worry it’s just a stick plaster solution.
At his West Bank restaurant, Fadi Kattan established himself as the voice of modern Palestinian cuisine. Now, he’s bringing his innovative, bold flavours to the UK’s capital.
As she gears up for the release of her first book, the 24-year-old climate activist talks standing up to authority and building a more inclusive movement.
Tristan O’Neill’s shots of dancers caught in moments of reverie at the height of rave’s golden age are a testament to the UK’s legendary club culture.
After blocking the Scottish government’s gender recognition reform bill, Westminster is now devising further changes to the law to make it harder for trans people to self-identify.
Activists and campaigners are fighting back against new laws that would seriously undermine the ability to take industrial action, calling it an attack on fundamental workers' rights.