News & Politics / How I learnt to live with epilepsy 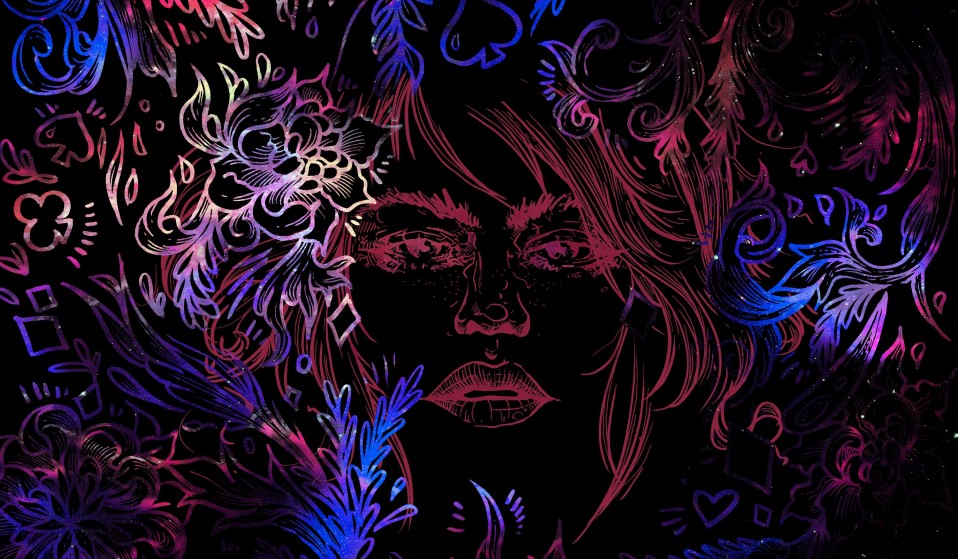 Despite the seizures and episodes as a child, it took years for Dawn Foster's epilepsy to be diagnosed. Here she writes about life with a condition few people understand.

Despite the seizures and episodes as a child, it took years for Dawn Foster's epilepsy to be properly diagnosed. Here she writes about life with a condition few people understand.

An odd thing happened, when I was a child. Then it kept happening. At the end of the school day, from the age of four onwards, I’d sometimes notice as I sat cross-legged that everything around me, the teacher, the furniture, my fellow pupils had all changed size entirely. One day my surroundings would suddenly shift and tower above me, then a few days later I would find my own hands had grown to be the size of a car, while everything else in the classroom had shrunk. No one else noticed, and I quickly realised the problem was in my head, that my playmates in fact weren’t shapeshifting nonchalantly whenever I was overtired or distracted.

Mentioning the episodes to adults led to swift dismissal as attention-seeking nonsense talk, which to be honest, wasn’t an unfair assessment at the time. It became a normal occurrence, and one I stopped mentioning to anyone else. Then in my teens one night, as I was falling asleep, I heard a noise: rumbling at first, then cacophonous, the crashing of a waterfall backed with intense moaning. I’d have jumped up, but found I was paralysed. My body felt as though it was sinking slowly into the floor, while beset with pins and needles all over.

The darkness in the room intensified and changed state: no longer an absence or lack of light, but a tangible state, a plush fabric falling in on me. The entire experience lasted possibly three minutes, but felt closer to an hour. Afterwards, I was terrified, convinced I was experiencing the beginnings of some form of mental breakdown. I never told anyone what I’d felt.

A few more times, I experienced similar paralysis and hallucinations, each time with the noise building to an intensity I was sure would burst my ear drums, and the feeling I was collapsing in on myself. Each time, it tallied with a period of stress, so I did my best to make my everyday life more tolerable, and kept silent about the episodes.

Throughout my childhood, I had a recurring nightmare: I was still fully human, but couldn’t move, communicate or control any aspect of my body. Instead, I’d float around a dark playground, with friends speaking to me, yet was unable to respond, follow them or do anything but observe the situation. The nightmare followed me into adulthood, though I didn’t know what it meant until I was lying on the floor, able to see the blood that had spilled from my head, but not able to respond to the paramedic who was repeatedly asking my name.

After a few months of MRIs, blood tests, EEGs and hundreds of questions from multiple consultants, the doctors admitted they’d thought for years I simply had complex migraines, when I’d been experiencing epileptic seizures all along. The shape-shifting rooms and paralysing explosions of sound were blamed on my temporal lobe malfunctioning regularly, as was the fact I was compulsively writing not just articles, but letters and diary entries, and sketching in notepads.

The latter symptom only became noticeable when the medication I was prescribed stopped it. For a few weeks, on my new anti-seizure tablets, my brain was replaced by treacle, pulling words from it was impossible, I slept for 12 hours a day and my speech was noticeably slower. Adjusting and experimenting with medication took years. Dealing with other people’s reactions and attitudes remains an ongoing experiment.

Some people were simply callous, and extricating them from my life was a net positive: the boyfriend who accused me of faking seizures for attention, the friend who refused to drink alone with me in case I seized and he had to deal with it, or the person who thought it was funny to flash a laser pointer at me. Others simply don’t always know how to react, because we live in a society that works against disabled people, and most of the public know very little about epilepsy bar caricatures about strobe lights and tonic-clonic seizures in which people thrash around on the floor.

Accepting the word disabled to describe myself was also fraught with problems. When booking tickets for travel for work with a new person for the first time, mentioning I have a disabled railcard invariably provokes a well-meaning bombardment of possible aids and issues I may have rather than asking whether I need anything. It’s a term that makes people focus on your perceived brokenness that sets you apart as different, though no other term I’ve seen has the same uses or could replace it.

But equally, the assumption from the majority of people that the is fully negative isn’t quite right. Invariably, when you tell people you have epilepsy, they’ll gush “I’m so sorry!” When in fact, and I’m lucky here, it’s mostly controlled and predominantly an annoyance and oddity.

Fyodor Dostoyevsky was almost certainly epileptic, as his writings show us: “There are moments, and it is only a matter of five or six seconds, when you feel the presence of the eternal harmony… a terrible thing is the frightful clearness with which it manifests itself and the rapture with which it fills you. If this state were to last more than five seconds, the soul could not endure it and would have to disappear. During these five seconds I live a whole human existence, and for that I would give my whole life and not think I was paying too dearly.”

I felt the ‘frightful clearness’ two days ago, leaving the cinema after experiencing a seizure as the credits rolled. Every colour seemed a thousand times brighter than it should be, every person’s face appeared fascinating and flush with a deep meaning I couldn’t grasp, and every conversation and sound sounded clear as a bell and urgent. In theory, I know I could die from a seizure tomorrow, but in the meantime I’ve learnt to live with epilepsy. I’ve made peace with the irritations.

Linkedin
RELATED ARTICLES
OTHER ARTICLES
From snake handlers to mardi-gras revellers, Tom “TBow” Bowden’s photos provide a snapshot of the wonderful and weird people who make up America.
After fleeing the war in Ukraine, people are finding it impossible to secure affordable and decent housing in the UK.
After building his reputation covering the US civil rights movement in the 1960s, the photographer went on to produce some of the most enduring images of the past century.
Yohon Tatum, aka Legendary Father of the House of Tisci, reflects on nurturing a new generation of talent.
Photographer Sean Maung reflects on documenting a small town in Pennsylvania afflicted by high levels of unemployment, poverty, violence, crime, and addiction.
Activists and campaigners are fighting back against new laws that would seriously undermine the ability to take industrial action, calling it an attack on fundamental workers' rights.