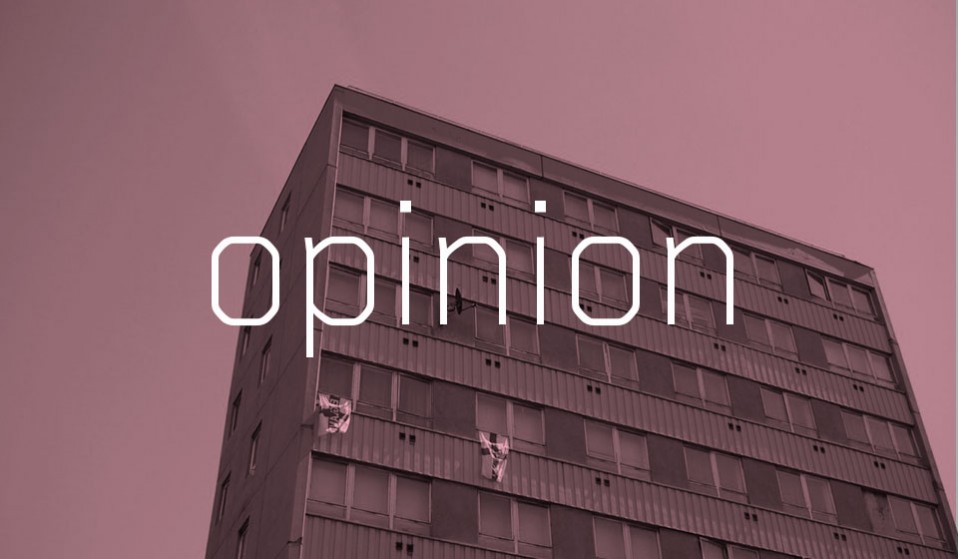 It’s expensive to live in London. No shit Sherlock. It has always been. But now it’s ridiculous. Parts of town that used to be rat infested backwaters populated by a generations deep communities are now vapid, millionaires’ ghettos. Just look at Shoreditch. It was always a dark, greasy corner of town avoided by anyone but souped-up city boys and other glorious lowlife ranging from strippers and market-traders flogging snide gear to hod-wielding day labourers and full-English greasers.

Now amid the vintage boutiques even the chicken joints seem quaint, evocative of a time when real people, real cultures, made the place their home. The entire expanse from the edges of The City to Vicky Park and up to the Lea Cut is punctuated by a pox of postmodernist towers most of which are prefabricated in Malaysia and designed to maximise yield x square footage. Their marketing hoardings feature badly rendered vector graphics desperate to hawk a lifestyle that involves a well-heeled generation of flat white drinkers. Yes – these luxury gaffs are targeted at a mythical population that hardly even exists — the sort of folk who can afford £18K for a year-long masters degree program at SOAS whilst daddy sinks the yield from his derivatives into the property they occupy. Don’t believe the hype. Let’s all move to Romford.

Just take a look up City Road (we used to call it Shitty Road) the thoroughfare that links tech-boom ground zero at Old Street roundabout to the once-genteel Angel — and see the towering hulks of lifestyle-marketed tower blocks with pokey two-bedroom flats going for a £750K a pop. Two thirds of them are left empty, accruing value for the landlord as the hours tick by. What’s the point in going to the hassle of renting it out when it will make you £100K a year just sitting there?

It used to be that the skint parts of London and the new Londoners that went to live there radiated outward toward the suburbs, generation upon generation. The Irish, the Huguenot Diddycoys, the Jews, the Indians, the Bengalis and most lately the Eastern Europeans – have come and gone and laid their own traces. Each generation left an indelible mark – and the textures that remain create London’s careworn patina. Each culture made a better life for themselves — moved out to the suburbs but never forgot the streets that nurtured them. This is the process that made the city what it was: the first — and last — megalopolis rooted in tenets of good ole’ modernity.

It’s an insidious new breed — the transnational rich — that are turning up and ruining your manor. The locals disappear. The poor people are forced out to new towns on the periphery — and Japanese canteens and craft ale houses spring up like cankers to service this new population — very few of which will actually end up staying for more than a single economic cycle. What happens to these new businesses when these drifters of High Net Worth grow up and get a real life?

When recently a community of Stratford mums decided to occupy their council block — the one that the local authority insisted it needed to sell off to developers for yet another tranche of cultural cleansing — it was clear that the battle they were fighting was for the simple right to live.

Their struggle — and the challenge for anyone who wants to retain a foothold in any of London’s embattled neighbourhoods is no longer about race, colour or creed. It’s no less than a fight to sustain London’s deep, rich textures.

Linkedin
RELATED ARTICLES
OTHER ARTICLES
After building his reputation covering the US civil rights movement in the 1960s, the photographer went on to produce some of the most enduring images of the past century.
After a two-year hiatus and a new album, the Nigerian artist is riding high. Now, he wants to bring his alternative, genre-bending sound to the world.
Yohon Tatum, aka Legendary Father of the House of Tisci, reflects on nurturing a new generation of talent.
Activists and campaigners are fighting back against new laws that would seriously undermine the ability to take industrial action, calling it an attack on fundamental workers' rights.
Taking us through one of the most dynamic years in recent history, Laylah Amatullah Barrayn new photo book contains tender yet confrontational portraits.
The first-generation graffiti artist reflects on the tagging’s emergence as an art form and the players who pushed the medium forward.