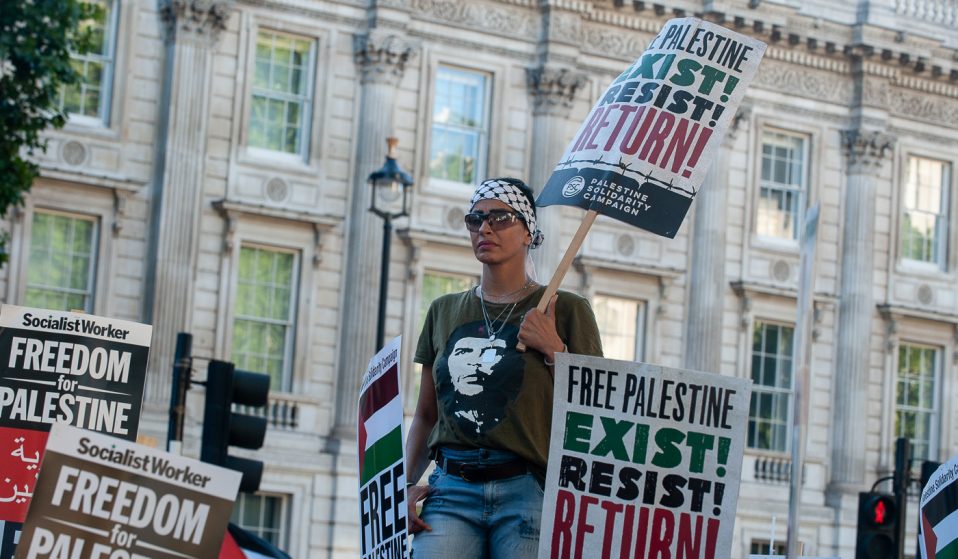 Protestors gathered outside Downing Street following the latest atrocities committed by Israel against Palestinians living in the besieged strip.

Protestors gathered outside Downing Street following the latest atrocities committed by Israel against Palestinians living in the besieged strip.

Over the course of three horrific days, at least 48 people, including 17 children, were killed after Israel launched air strikes on the Gaza Strip in the occupied territories. The health ministry in Gaza said 360 people were injured in the attacks.

The Israeli army has claimed that some of the civilian casualties were killed by misfired rockets, without providing independently-verified evidence. The Palestinian health ministry says all of the people killed died as a result of Israeli airstrikes.

Speaking to Al Jazeera, Iyad Abu Hamada – whose son, Khalil, was killed in the latest Israeli bombardment – said: “I saw with my own eyes the Israeli rocket from the roof of my home. The Israelis massacred my son. There is no doubt. The Palestinian groups are not responsible.”

While a ceasefire came into effect on Sunday following an agreement brokered by Egypt, Palestinians are still reeling from the devastating bombing campaign. It is too early to say whether the ceasefire will hold, or for how long.

But even under ceasefire, there is no respite for people living in Gaza – an area commonly referred to as “the world’s largest open-air prison” – where the unemployment rate is roughly 50 per cent and more than half of the population lives in poverty.

Yesterday (10 August) in London, an emergency rally for Palestine was held outside Downing Street. Photographer Guy Smallman was there to capture the actions. 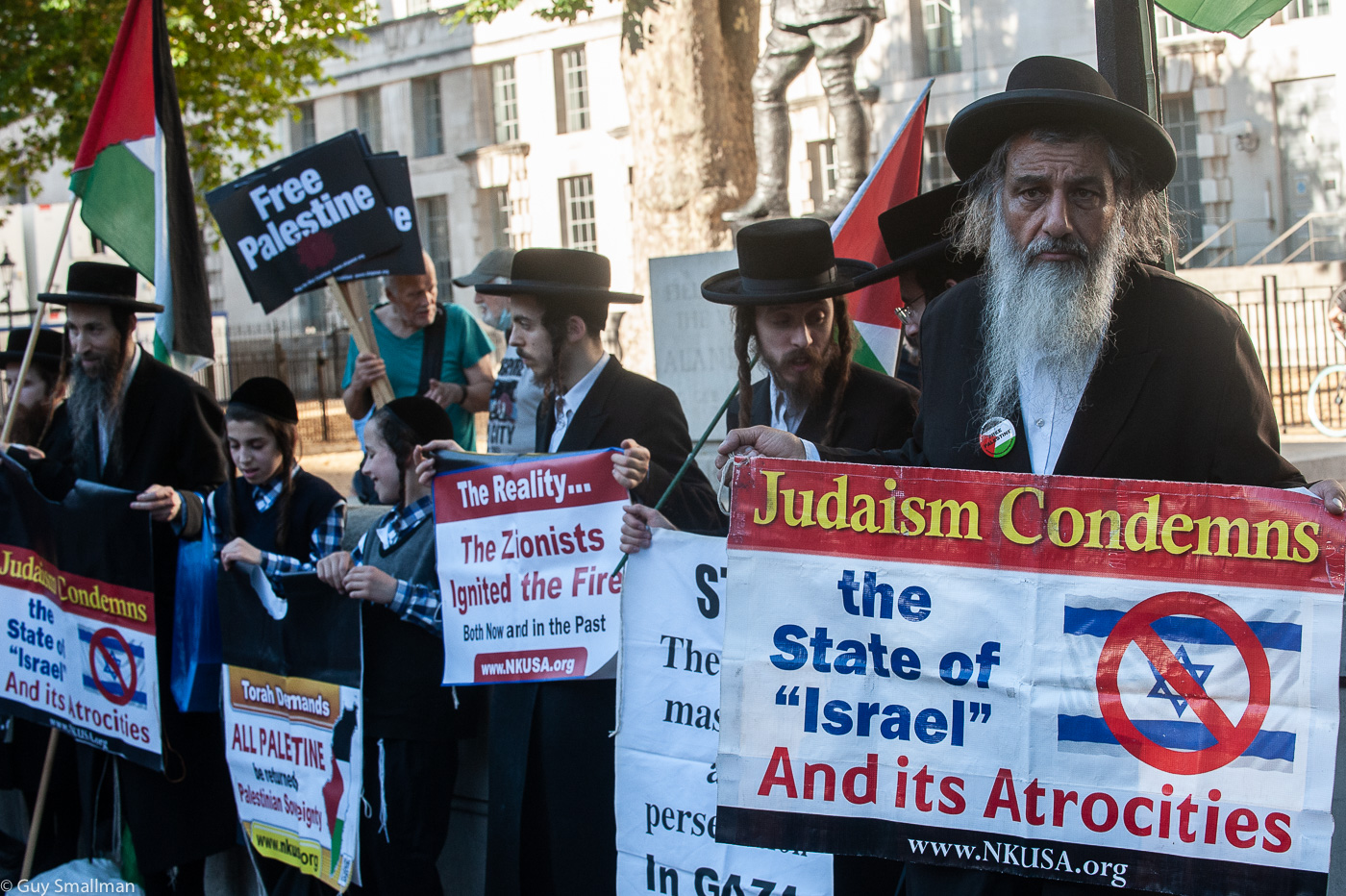 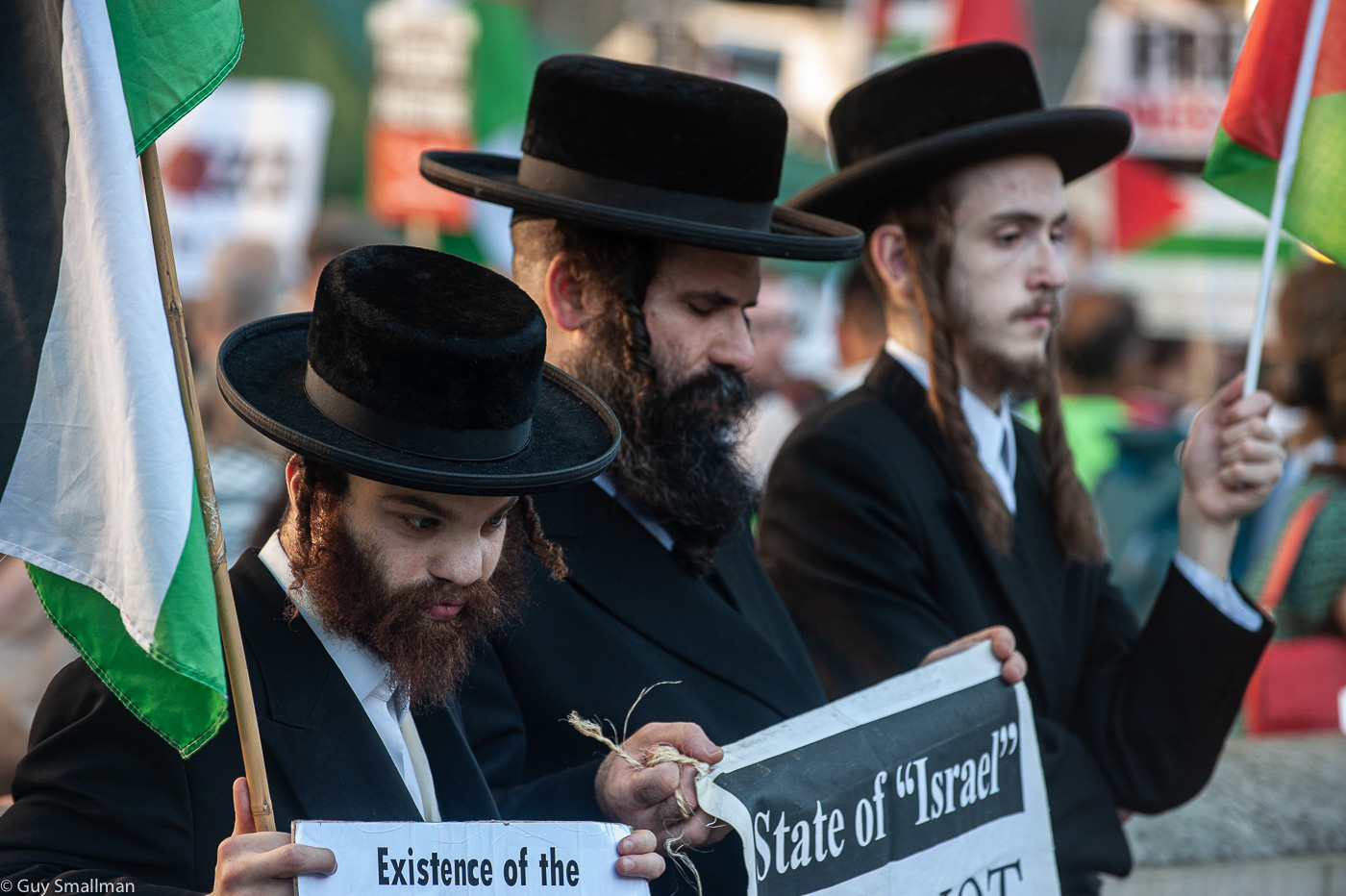 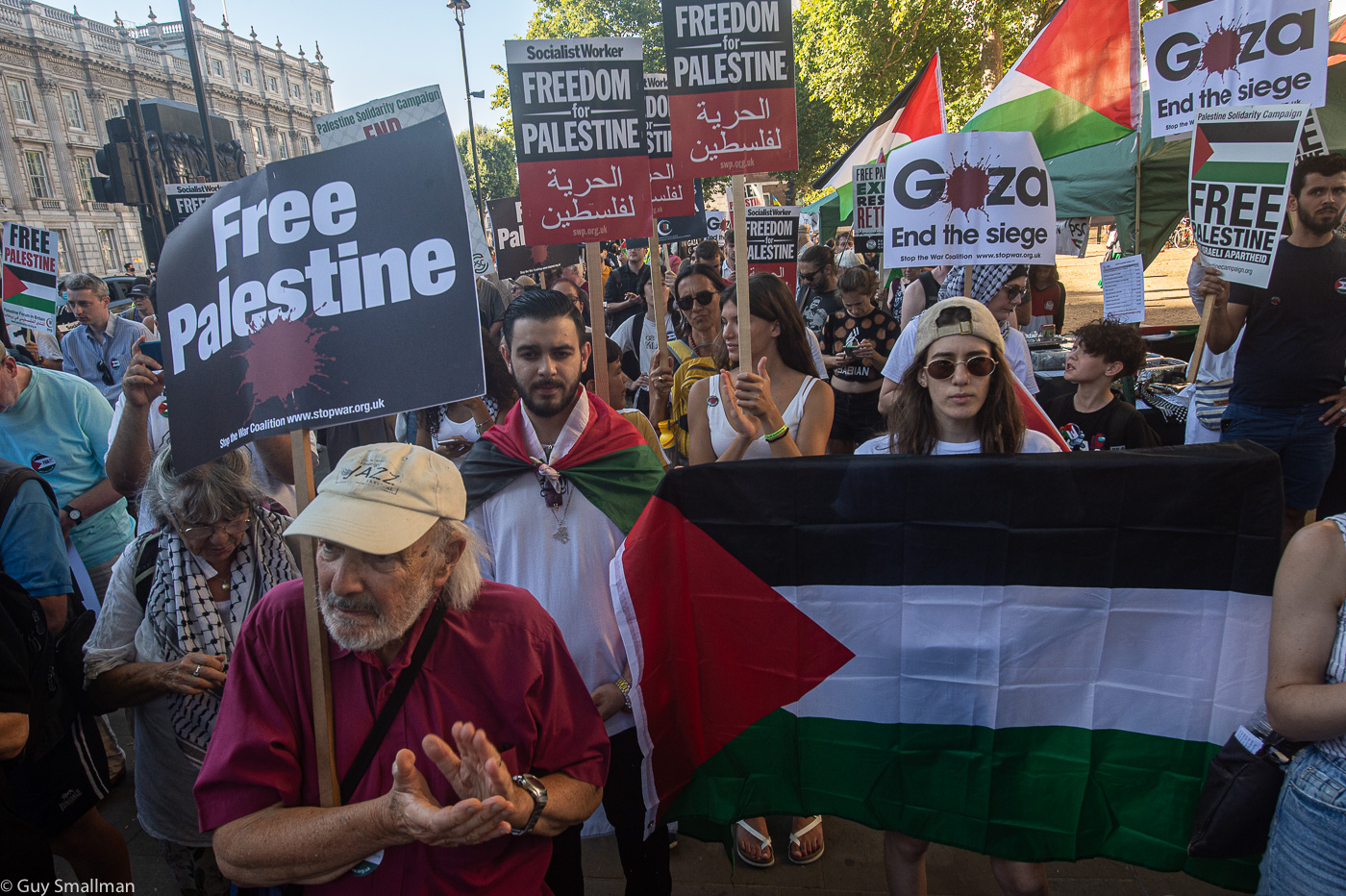 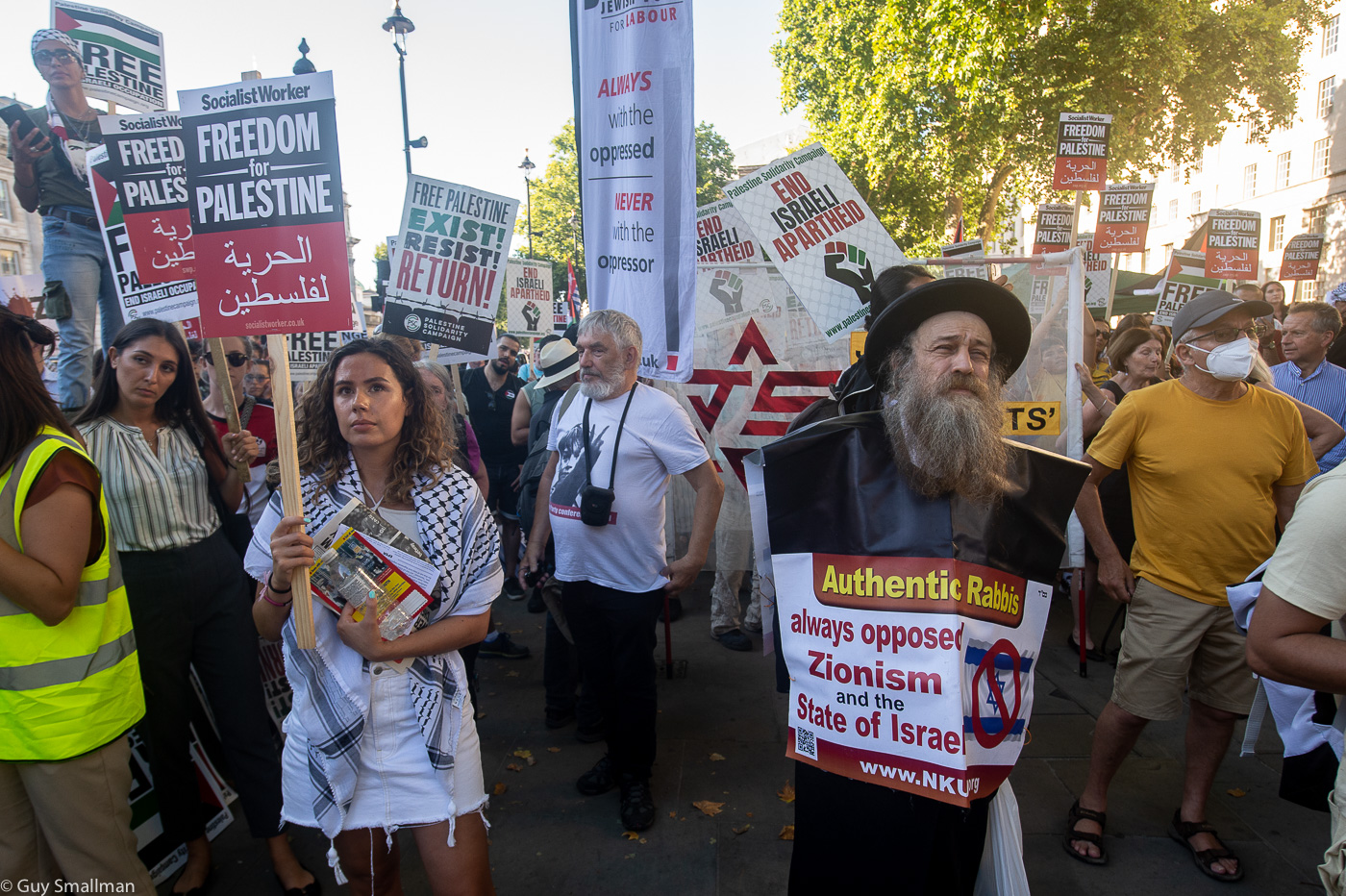 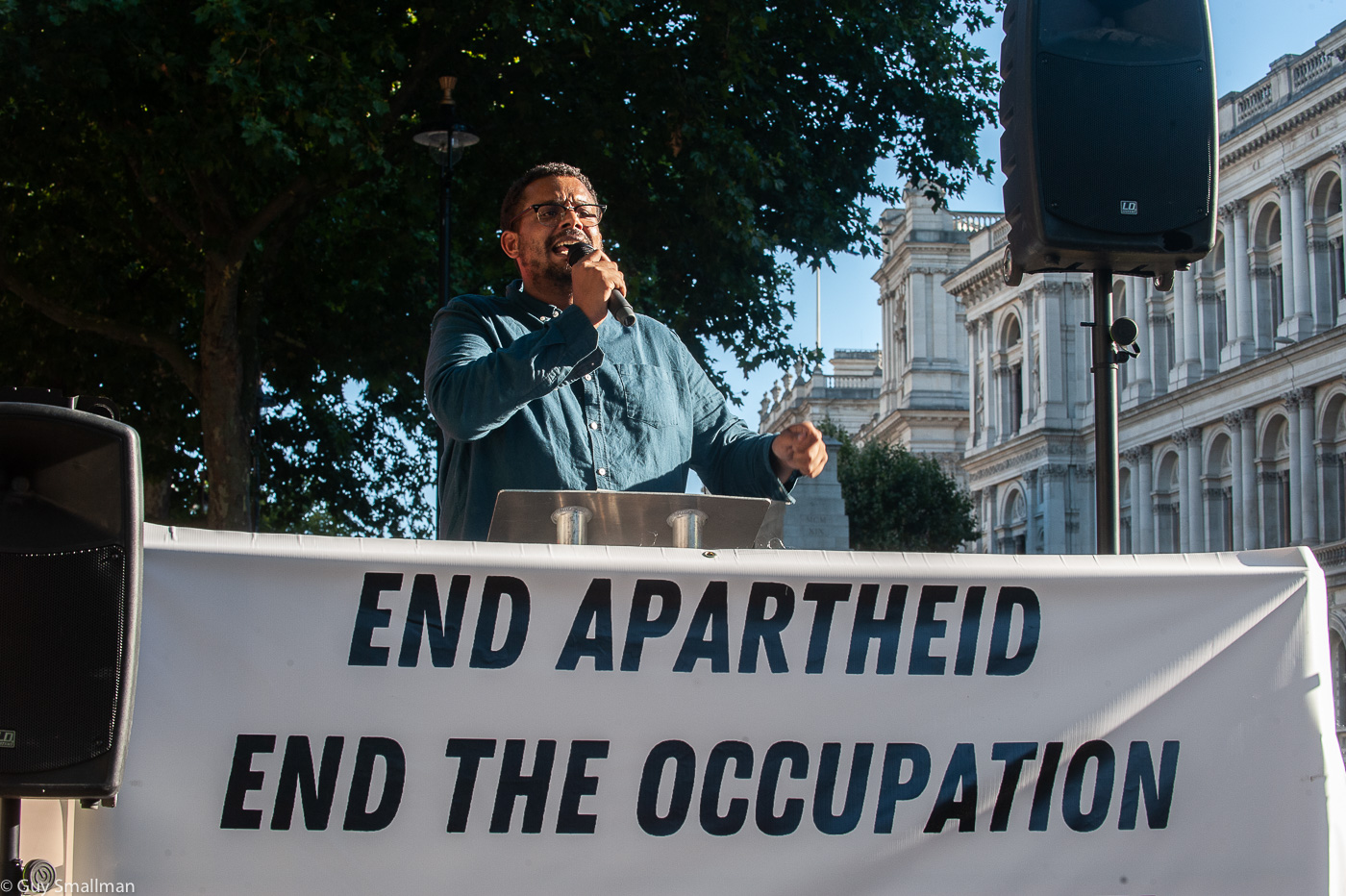 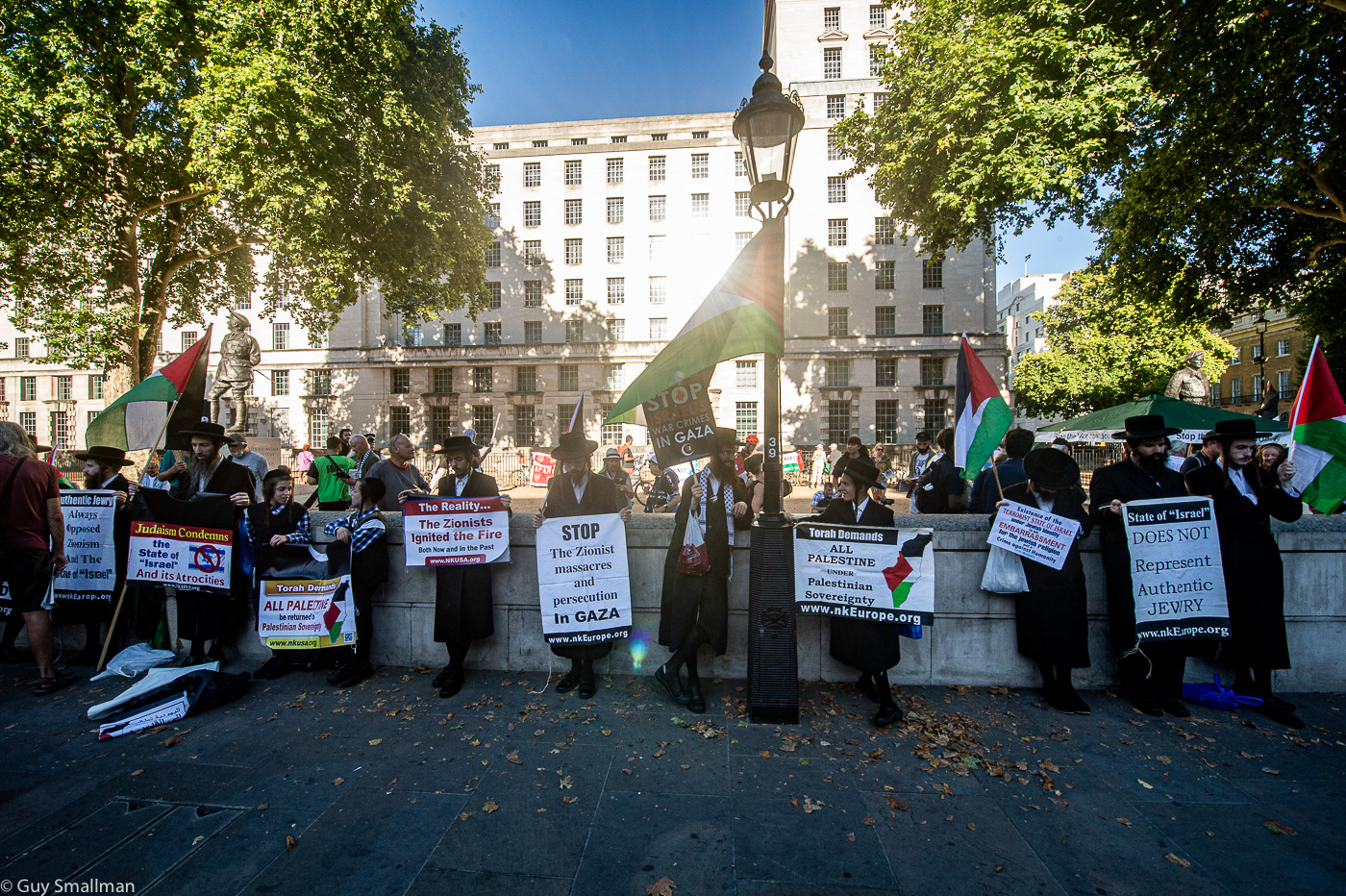 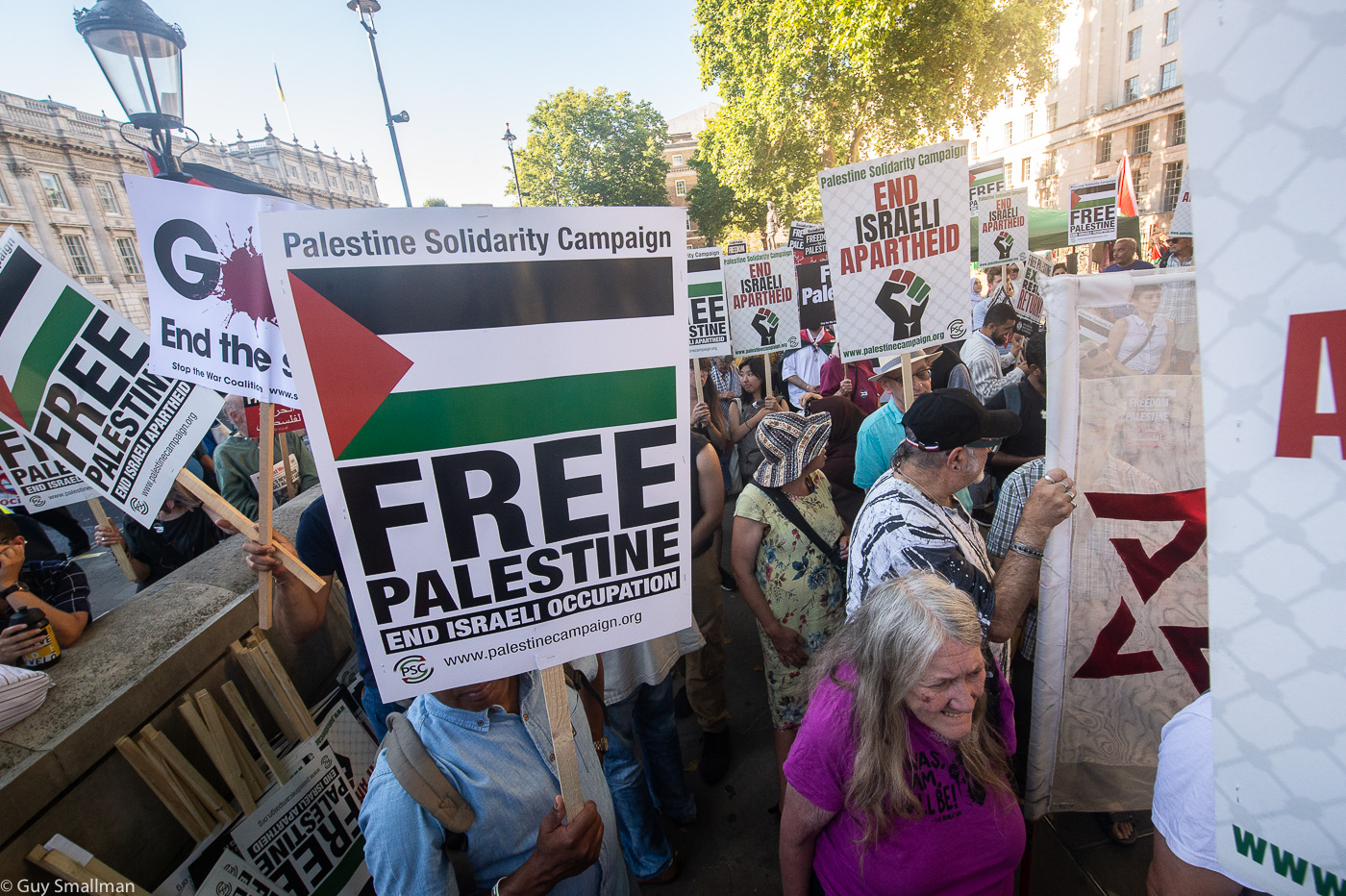 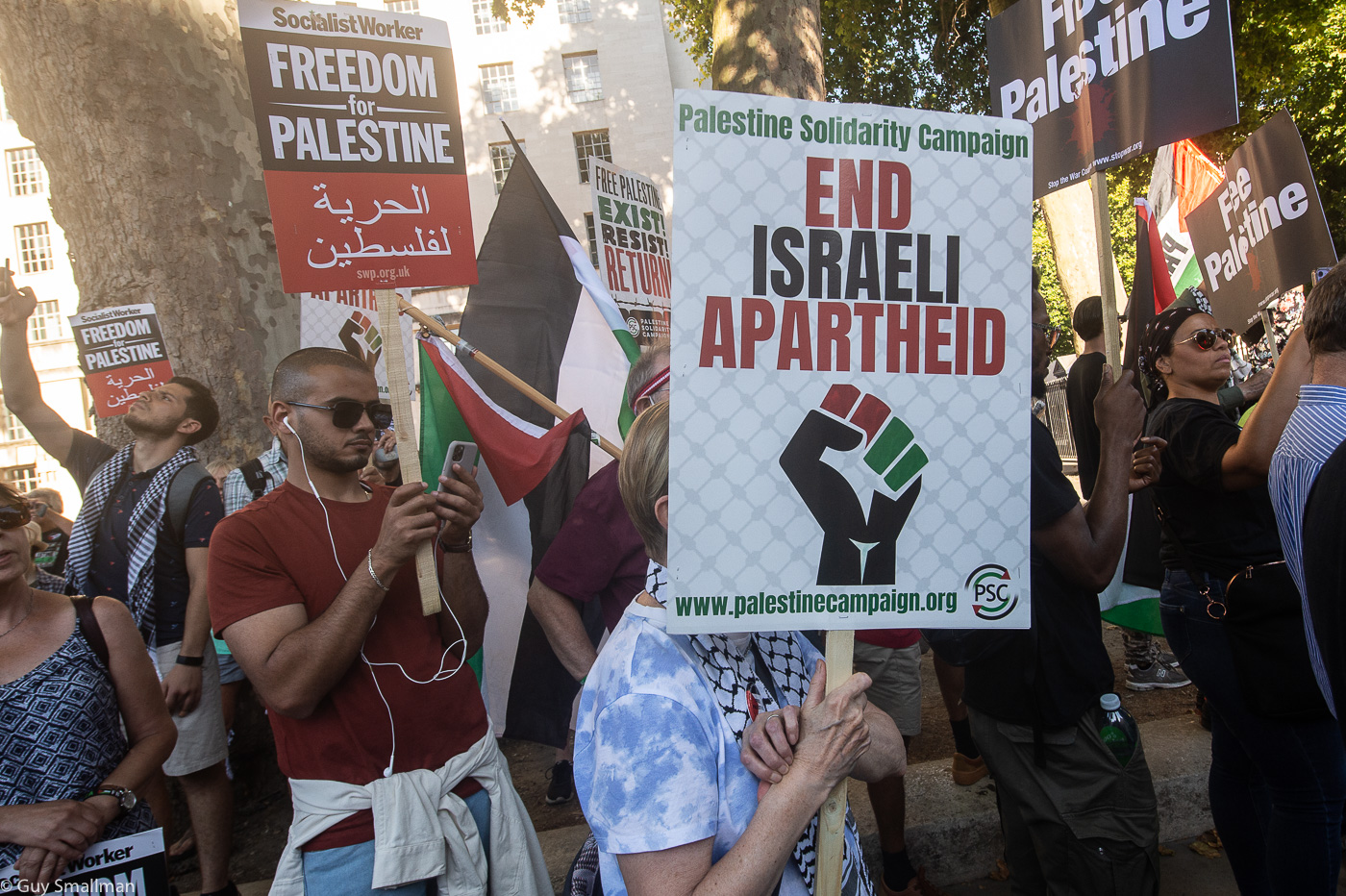 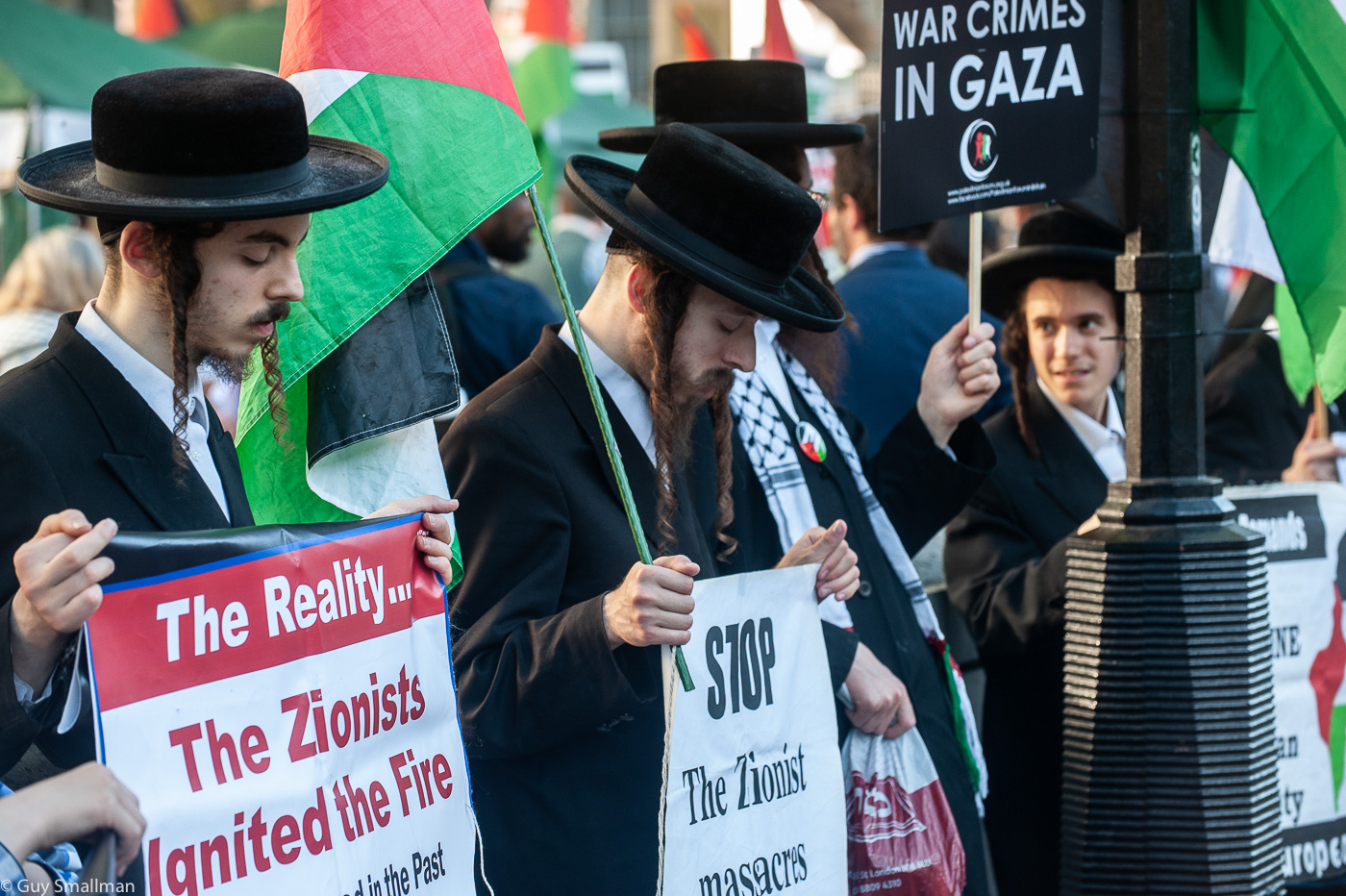 Linkedin
OTHER ARTICLES
Financial turmoil is pushing people who work in the sex industry into more dangerous and desperate situations as a means of survival.
Rhiannon Adam spent three months capturing an ageing society wracked by division, isolation, and the aftermath of scandal.
Birdy Chu reflects on documenting the historic moment in which the territory was formally passed back from the UK to China.
Cindy Campbell recounts how her brother ushered in a new era of musical culture at a party she held in the Bronx in ‘70s.
Thousands attended the annual event this year to wheelie through the city and call for ‘knives down, bikes up’.
By turning a real-life crisis into daytime television fodder, TV bosses have once again shown themselves to be completely out of touch with audiences.