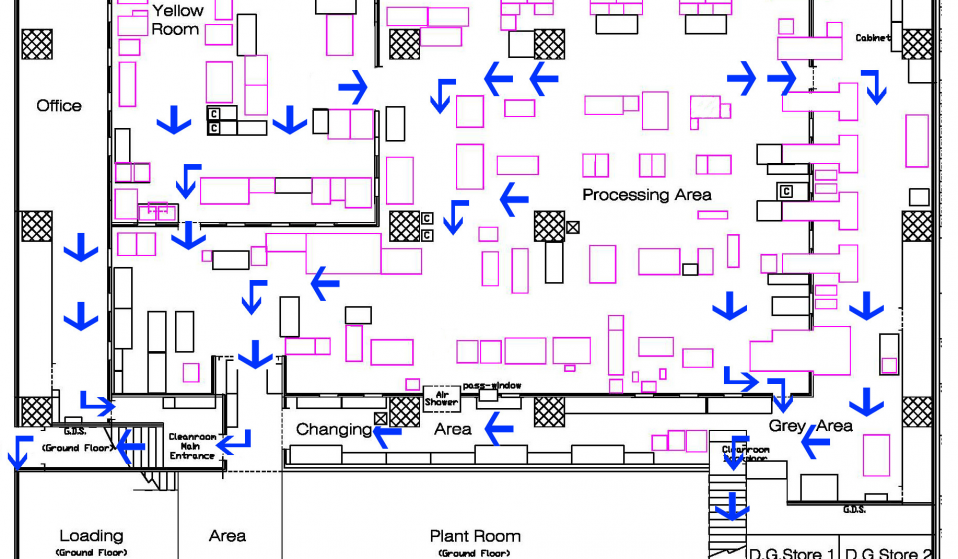 As an increasingly toxic climate descends on both sides of the Atlantic, people now painted as 'other' are being forced to make emergency plans to survive.

As an increasingly toxic climate descends on both sides of the Atlantic, migrants, people of colour, and those now painted as 'other' are being forced to make emergency plans to survive.

Had Donald Trump not ascended to the United States Presidency back in November, the UK’s vote to leave the European Union in June would have easily won the title of 2016’s most divisive political event. In Britain, social and political tensions reached fever pitch in the weeks that followed Brexit: the Prime Minister resigned, hate crimes against people of colour and immigrants reached record levels, the fallout from the vote barely gave the electorate time to process the murder of a sitting MP for her pro-immigrant beliefs.

In America, Trump’s win after a drawn out, toxic election process similarly led to reports of increased violence against those perceived as Muslims, migrants, and LGBTQ+, as well as black, Jewish and Latinx people. Trump’s presidency and Brexit’s looming arrival made scores of people feel unsafe. More than that, the reality is that both have resulted in real life risks for those caught in the crosshairs.

For many people of colour, queer people, Muslims, and migrants, the two votes have forced self-reflection on how we behave, where we live, and how much we’re wanted here. The risk of violence, abuse and discrimination has not just increased, it also feels closer to home; it’s here, with us, and we have no choice but to adapt.

Some of us have grown more cautious, others more defiant, but the one thing we all seem to have in common is an awareness of the way our lives might change. Perhaps that is why a lot of us are trying to get ahead of the ‘what ifs’, and are creating emergency plans for an uncertain future that may or may not involve leaving the country… if we can.

After years of putting them off, I’ve finally signed up for lessons in Twi – my Mum’s first language – and made the steps to renew my Ghanaian passport. I’m a dual citizen but have rarely imagined myself moving ‘back home’ to a place I’ve never really called my own, but Brexit has made me reassess this.

While news of escalating hate crimes and rising racial tensions have made me even more protective of the relatively tolerant corner of South London I’ve lived in for most of my life, another smaller part of me wonders just how much I want to tolerate. There are already parts of England I wouldn’t travel to alone in fear of race-related violence. What if those areas came to me?

For so long, I’ve considered talk of leaving my city once the going gets tough to be an overly privileged sentiment, one that typically ignores the many people who don’t have the financial or social means to ‘just get out’. Right now, I’m still one of them. But having some sort of emergency plan – even an ill thought out, inaccessible one – makes me feel less hopeless.

I’m also one of the many people whose ‘survival tactics’ have adapted in light of the current climate. Since I was young, I’ve always been aware of the methods of survival someone like me needs. I avoid the police, I know when to take my big hoops out, when to exaggerate my voice so it sounds ‘posher’ and ‘whiter’. Over the past year, these strategies have evolved – and I’m not alone.

For a long time, ‘survival’ for oppressed groups has ranged from minor life changes, to major adjustments. It could mean not holding hands with your same-sex partner in public, or walking the ‘safe’ route home with your keys between your knuckles. Some people give themselves Western nicknames for job applications, others adapt their gender presentation or clothing choices (especially late at night), and some avoid protests and demonstrations as the risk of arrest is too great a threat.

Survival tactics and emergency plans are a reaction to the threat of violence, and post-Brexit and Trump’s election, many people have found themselves forced to consider their options afresh.

Zoé, 24, is a second-generation Zimbabwean immigrant to the United States who admits that in light of Trump, reckons her departure from the US is going to come sooner than anticipated. “Brexit and the election of Trump were incredibly disappointing but unsurprising to me. Both events destroyed any teeny tiny remaining delusion that I had about ‘political progress’ in the post-Obama era, and really demonstrated how deeply invested the majority of the United States is in maintaining white supremacy.”

“My emergency plan would be to fly to London. I’ve got enough friends in the city that I would have somewhere to stay whilst figuring out what to do more permanently.”

Mend, a 27-year-old queer, Iraqi immigrant who was raised in Germany, echoes this: “In many ways Brexit and Trump affirmed something I knew for a while; that living in Europe or the US as a person of colour, you’re always second class at best. I have been thinking about leaving for places outside Euroamerica for a long time and I have a savings account, which is essentially my exit fund. I just need to put everything else in place first.”

For others, post-Brexit survival has been less about making plans to leave, and more trying to ensure their ability to stay. Michal, a Polish 39-year-old who has lived in London for 12 years, has a partner and a 9-month-old daughter born a week after the EU Referendum. “There have been many changes in my life because of her,” he says.

“After Brexit, I applied for the EEA Residence Card for EU nationals and I got it. It’s a document with an odd status at the moment – it says you have a right to residence in the UK, but the legal basis is that the UK is an EU member. It may mean nothing as soon as UK leaves the EU. But I applied because trustworthy solicitors advised if the UK grants some rights to people who have lived here for a while this would be a proof that I have.”

For some however, it feels like no amount of planning will stop the inevitable. Aisha Mirza, is a queer British, New-York-based Muslim writer who has written about the emotional toll of experiencing the Brexit from so many miles away. “My ability to stay in New York – where I have made a home – is more threatened now in ways that no one is really clear on,” she tells me. “It has caused me a huge amount of anxiety; I feel it in my chest every day.”

While long term and major life plans may feel derailed by the spike in political volatility, for many, survival strategies and emergency plans have played out in far more subtle ways.

One Muslim friend tells me she feels silly, but she won’t use words like ‘bomb’ in her text messages “just in case”.

Another says she’s dreading summer, when her mum won’t be able to hide the fact she wears hijab with a thick hat and scarf. For many others, the political climate has even made them reconsider what they are called. According to Muhammad, a black teacher based in France, “people keep suggesting I change my name. They have been for years, but I’m too stubborn for that… my name is my heritage and linked to my identity, so I can’t see myself changing it.”

Despite this, he is not yet a French citizen and concedes that if Le Pen gets into power, he might still try “getting the passport and then fucking off” as soon as possible.

Brexit and Trump aside, people from marginalised identities are well versed in employing survival tactics; we adapt, we assimilate, we push back and we fight. Immigrants, queer people, black people and brown have always been part communities under threat, and as the rise of the far-right continues to take root, it’s important to recognise the ways we can help one another’s survival.

Whether our emergency plans are viable and regardless if we follow through with them or not, one thing is certain — with the political climate the way it is, we’ll need our survival tactics for a long time to come.

Linkedin
RELATED ARTICLES
OTHER ARTICLES
David 'Dee' Delgado’s photo project is about honouring and uplifting the city of his youth, and a world rapidly disappearing under the relentless onslaught of gentrification.
Filmmaker Laura Poitras discusses her new documentary which traces the remarkable life of the artist-activist and the impact of her battle against the US opioid crisis.
After blocking the Scottish government’s gender recognition reform bill, Westminster is now devising further changes to the law to make it harder for trans people to self-identify.
AI companies that develop image-generators using copyrighted artwork from the internet are coming under fire from artists who say that it amounts to theft.
A recent High Court ruling against the right to wild camp in Dartmoor National Park sparked the largest land protest in history – and campaigners say their fight is not over yet.
Photographer Becky Tyrell went down to the fading banger and stock raceway to meet a community desperate to keep it alive.