News & Politics / Making a Feminist: From girlhood to motherhood, my fight continues 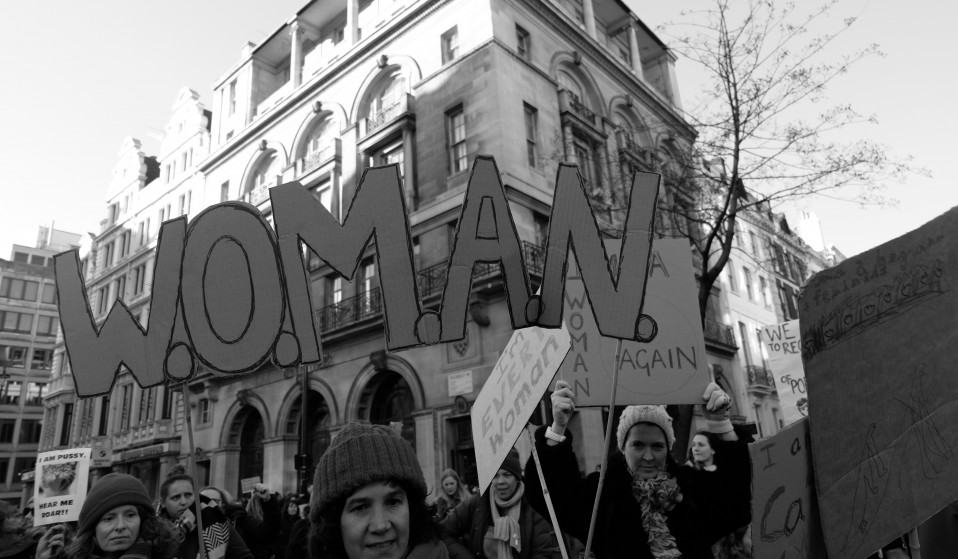 On Saturday 21 January 2017, history was made. The largest ever worldwide demonstration organised by women marched on towns and cities across the globe. Much attention has been given to the stats and figures, but every women on every march has their own story of how they were made a feminist. This is Naomi Westland's.

They said 20,000 would come, but an incredible 100,000 people turned out for the Women’s March on London on Saturday, bringing the city to a standstill and joining an estimated five million women, children and men around the globe – from the Arctic Peninsula to Zimbabwe – who’ve had enough of attacks on women’s rights and human rights.

It was the biggest global demonstration in history led by women – and it was joyful, uplifting, funny, fierce and defiant.

Painting slogans on placards with my family and friends in the run-up to the march and admiring others’ creative brilliance on the day got me thinking about what made me a feminist. All of us marching on Saturday were doing so because we’re outraged at how recent political events have sent a message that sexism, racism, homophobia and other forms of discrimination are acceptable, at how they’ve unleashed a wave of hate on both sides of the Atlantic that will have repercussions for human rights far beyond our borders.

Feminism is, to steal a quote doing the rounds on Facebook in the days before the demo and attributed to the writer Marie Shear, the radical notion that women are people. That should be enough to make you sign up.

But most of us will have personal reasons too, experiences we’ve had that, taken together with our anger at discrimination against women and girls in our own communities and around the world, have made us feminists. 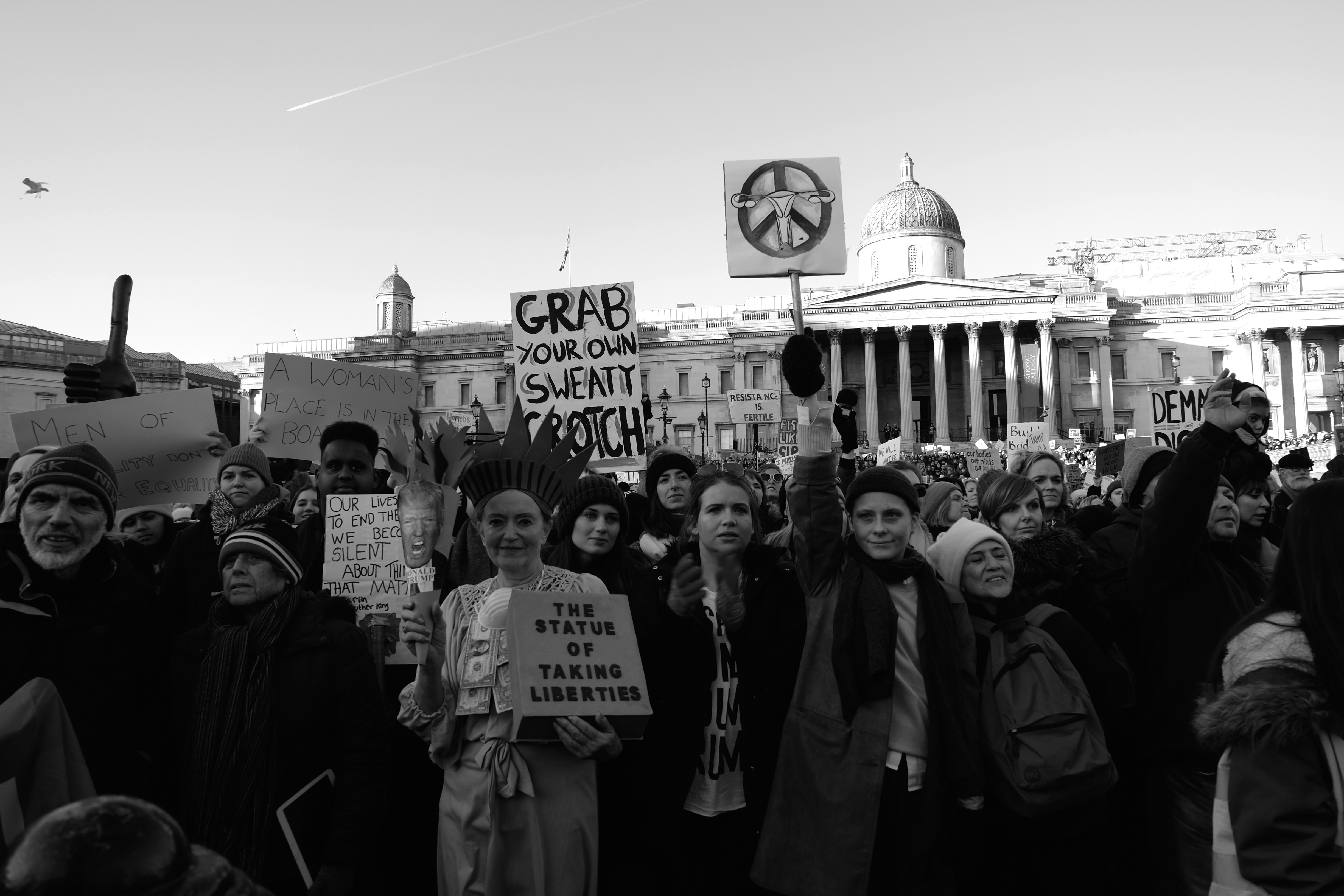 For me, it started at primary school. As an eight/nine/ten-year-old girl in the mid-eighties, who preferred running around a football pitch in my spare time to any other activity (apart from singing along to Wham!), I lost count of the number of times I heard boys (and their dads) say with surprise, ‘Oh, you’re quite good…for a girl’.

What that taught me back then, I now realise, was that my presence was at best a novelty and at worst a threat, and that to succeed in ‘their’ world, to claim my place in the team, I would – to coin a cliche – have to work twice as hard to prove I was even half as good.

What I didn’t know then, though, was that was simply an experience I would later come to know as ‘life’. Fast forward to my early teens, when I discovered Maya Angelou and Simone de Beauvoir and the realisation smacked me in the face that it’s what we look like that matters more than what we think, do or say.

Then in my late teens I worked in pubs, and was terrified as I was followed home by punters I knew. In a restaurant where my boss thought it was OK to run his hands up and down my legs behind the bar when he was supposed to be refilling the fridge, and OK to grab me and pull me onto his lap while he was in the basement watching telly when I went downstairs looking for salt or mayonnaise or napkins, and who, giving me a lift home late one night, forced me to kiss him, holding my head so I could hardly breathe or move, his fingers digging into my scalp, and then when I broke free, locking the door to try and stop me getting out of his car. I unlocked it and ran, but I didn’t walk out of the job because I needed the money and anyway, isn’t that just what happens? 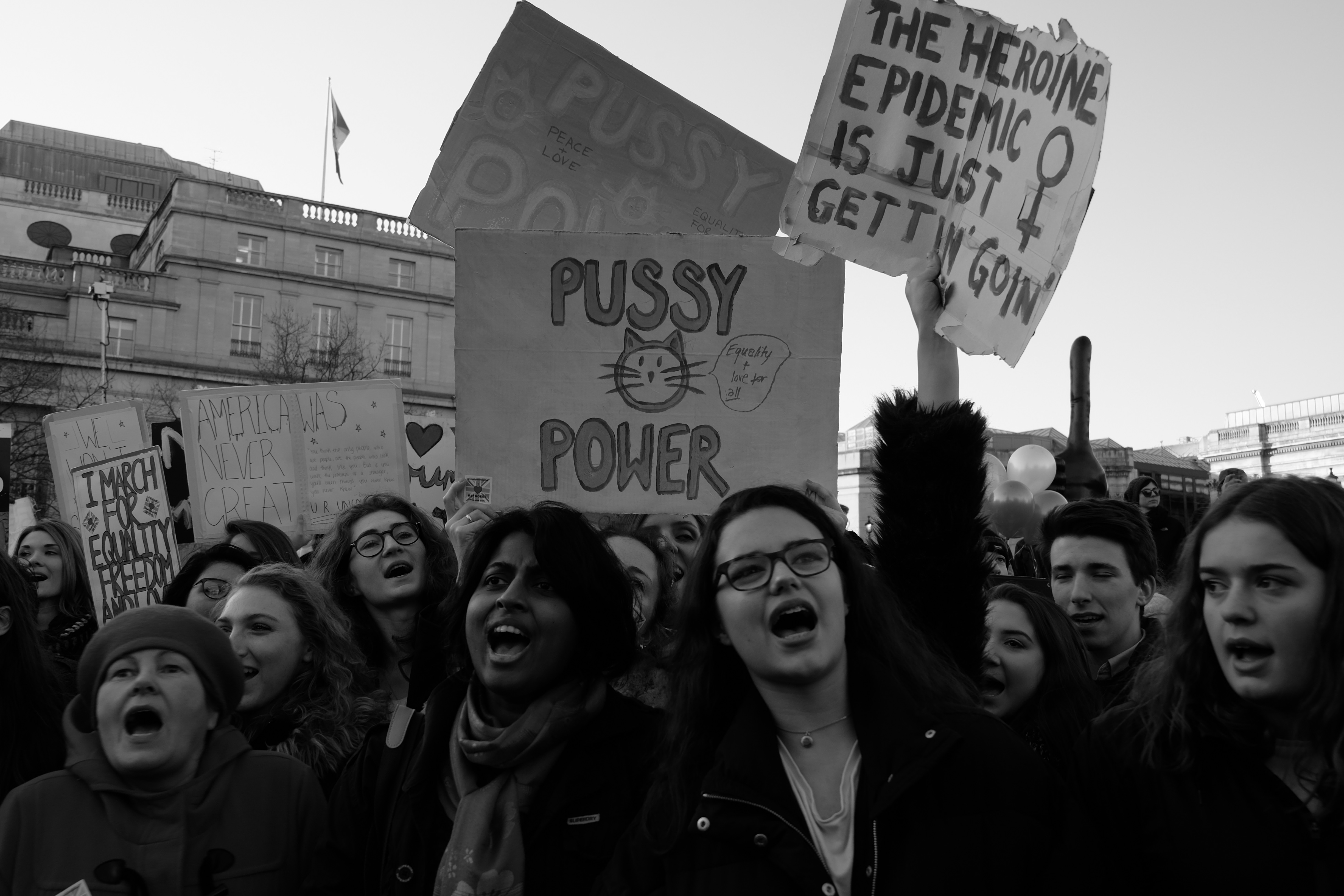 Then at 24, a very good thing happened on an awful day. On September 12 2001, I gave birth to a baby girl, with a student doctor entering the delivery room every now and again with updates from the rolling news coverage of the horrific attack on the Twin Towers less than 24 hours earlier.

Overnight the world had entered a terrifying period of change. In my hospital room, my own world was transformed. While I was lucky to fall immediately and drunkenly in love with my baby the moment the midwife handed her to me, I realised that all the aspirational rhetoric that had gone before about ‘having it all’ was bullshit.

The cost of childcare – at a point when my career had barely kicked off – made it almost pointless to go out to work, at least financially. I knew that while I had brought her into a world more equal than the one her grandmothers and great grandmothers grew up in, she would still have obstacles to hurdle and barriers to break simply because she’s a girl. I was overjoyed, overwhelmed, and furious.

In various jobs I have learned what it feels like to be overlooked in favour of men who are less competent, and patronised by men who are less knowledgeable, and I am only realising now how much taking time out for childcare and working part-time can affect your future career.

None of these experiences will come as a surprise to any woman, but we don’t often talk about them, perhaps because they are so common we think of them as an inevitable part of life. They are not.

Perhaps it’s because we don’t want to be seen to make a fuss. We must. Perhaps because too often we think they are our fault, that we should have done more to stop them happening. Well, bullshit again. All of this, and the knowledge that women everywhere live with far, far worse simply because they are women, has made me a feminist.

But so have all the inspirational women around the world and throughout history who have organised and mobilised to fight for their rights and against injustice – the Suffragettes, the abolitionists, the anti-Apartheid activists, the Liberian sex-strikers, the Arab Spring protesters, the Saudi drivers, the Indian anti-rape campaigners, and last year, the Polish women who downed tools, took to the streets and stopped a law that would ban abortion even in the case of rape.

My baby, now a clever, funny, determined, beautiful 15-year-old, marched on Saturday. Her brothers, two and four years younger, marched by her side, and so did their dad. With 100,000 others, under a canopy of humorous, poignant, angry, defiant placards, we marched in the footsteps of those who began the struggle many years ago, of those who’ve been keeping up the fight all around the world, and for all those who wanted to be there but, for whatever reason, could not make it. We marched for a bullshit-free future for all our sisters, and all our daughters.

Naomi Westland works for Amnesty International UK. As a freelance journalist she has had work published in The Guardian, Times, Telegraph, USA Today and El Pais, among others.

Linkedin
RELATED ARTICLES
OTHER ARTICLES
A woman from Texas explains how she was forced to consider the criminal liability she might face for medication abortion over her health.
Protestors gathered outside Downing Street following the latest atrocities committed by Israel against Palestinians living in the besieged strip.
Danny Burrows discusses his new series of images documenting an pacifist anabaptist community who lead an alternative way of life.
From the early originators to the female writers at the forefront of today’s scene, we talk to the artists redefining graffiti’s consciously macho origins.
In the latest instalment of Photographers in Conversation, the creator talks portraiture, platforms and taking inspiration from Little Simz.
One year on from the fall of Afghanistan to the Taliban, Tiara Ataii speaks to those who have been forced to make the treacherous journey to Europe for safety, and the barriers and horrors they have faced.