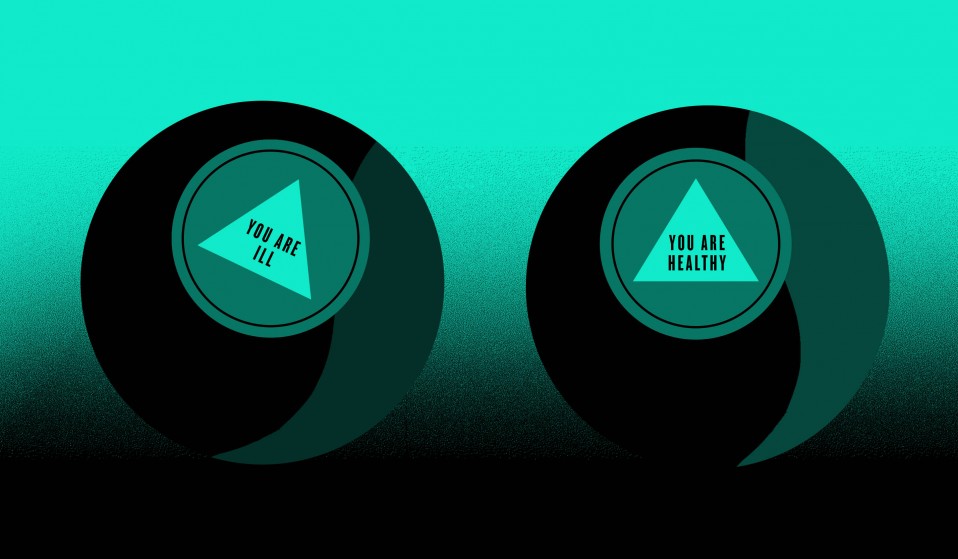 People are always telling us to speak up about our mental illnesses – so why are mental health professionals dishing out so many wrong diagnoses?

People are always telling us to speak up about our mental illnesses – so why are mental health professionals dishing out so many wrong diagnoses? Biju Belinky investigates.

I’m pretty familiar with being ‘diagnosed’. Throughout my 23 years of existence, the periods of extreme, sudden sadness I’ve experienced since my pre-teen days have been given as many different titles as the number of doctors I’ve seen.

In the past five years alone I’ve been told I have generalised anxiety disorder, moderate to severe depression, severe anxiety and “possibly” Borderline Personality Disorder – the last one right after being put on some medication that made me develop symptoms I’d never experienced before.

Each attempt at putting a label on what was happening in my head proved to be inaccurate in one way or another. As of now I remain “undiagnosable”, receiving treatments catered to my symptoms rather than a clear condition. Which is perfectly fine. I get to laugh and wake up in the morning without feeling like I’m about to die, so I’d go as far as saying it’s fucking amazing, really.

However, every time I tried to seek help before finally ending up with my current doctor, I’d get given a new diagnosis every fifteen minutes. The daunting diagnosis and everything it implied each time put further weight on my shoulders, without any actual suggestion on how to address my mood swings – which have been exactly the same, consistently, for the past ten years.

It’s impossible to put a number on how many people spend years receiving rushed diagnoses and little to no help, trapped in a cycle of short consultations, in a system encouraged to be obsessed with names rather than focus on the humanity of the people who rely on it.

It’s not just happening in the NHS in Britain, it happens in private practice as well. It happens in the United States, where treatment costs an arm and a leg. It happens everywhere.

That’s because the common problem of misdiagnosis is not just rooted in funding – it’s rooted in stigma, over-simplifications, and the age-old practice of speaking over people who are living with mental illness.

There might be those horrible forms to help doctors along, but even seasoned psychiatrists have said time and time again that filling out a couple of questionnaires hoping to assess how much you want to die while in a crisis does not offer anyone a full view of a person’s condition.

As a patient it’s a constant fight between trying to be taken seriously to get help and being thrown in a different direction by someone who decided to look for an instant name instead of efficient, lasting treatment.

Let me give an example. Imagine you go to see your GP with a broken shoulder. He asks you to sit down and describe your pain. You do, but before you can even finish and without any further investigation or even touching your shoulder, the doctor pipes in, and tells you that, according to protocol, you’re too young to have broken your shoulder.

He hands you some cough medication and ushers you out. The next appointment is in three months, maybe later.

It might sound absurd, but that’s close to what happened to Lucy, now 21.

Currently a nursing student, she spent two years going through several different practitioners who attributed a variety of wrong names to what she felt, until reaching someone who properly diagnosed her bipolar disorder. When Lucy first reached out for help she was 17.

She then went on to be diagnosed with “extreme PMS”, despite repeatedly telling the doctor she did not have periods due to contraception, and was diagnosed later again with Borderline Personality Disorder, after some coercive questions.

“The diagnostic process was horrendous,” Lucy tells me. “Every time I saw someone I had to go through my entire mental health history, bringing up all the horrible traumatic things I had said to health professionals over and over again.”

“I think I’ve been failed by the system. I’ve never – even now [with the correct diagnosis] – been offered any therapy, only medication. I’ve been through so many medication changes, and the professionals didn’t listen to me if I said I had bad side effects.”

A similar series of events was experienced by 21-year-old Luke. He spent 12 years seeing different doctors before getting a suitable diagnosis for Borderline Personality Disorder a year ago.

In and out of treatments from the age of 9, he was repeatedly told several of his symptoms were not really there, and had his first experiences with hallucinations repeatedly dismissed as products of an “active imagination”.

“I went back [to seek treatment] when I was 16 because I was suicidal and hearing voices. They diagnosed me with depression, anxiety and PTSD. They also told me my eating disorder wasn’t real, because I wasn’t thin, and that I was lying about hallucinating. They told me I wasn’t psychotic so I couldn’t get hallucinations.”

Today, with the BPD diagnosis, Luke believes he is on  right track towards receiving adequate treatment, but he’s still waiting to be assessed for Dissociative Identity Disorder.

The type of standardised, fingers-in-ears treatment that Luke and Lucy went through is not only incredibly frustrating and harmful to patients, it can also actively discourage some from seeking further help.

“It’s a catch-22 for health professionals, as there is a lack of resources pushing them into quick and easy diagnosis for patients – but it leaves the patient feeling alienated and not listened to,” adds Lucy.

Don’t get me wrong – I am not saying we are better equipped to diagnose ourselves or are able to choose our treatments more accurately than actual doctors. That’s just not true. But we are the ones who are inside our own heads – and we need to be listened to, not spend years trying to convince practitioners that we deserve or need help, when we’re already suffering.

The fact is that, no matter how many forms we fill in, not every mentally ill person experiences their illness or responds to medication the same way. For treatment to be effective, it needs to be working with the person it’s being provided to, and not listening only ends up amounting to more time lost, for both doctor and patient.

The relationship each person has with their diagnosis is unique and complex, and stigma is still extremely difficult to shake. Medically, the right diagnosis is a step forward in assisting people, as well as allowing them to receive recurring treatment without having to repeatedly talk about trauma from the past– but trust me when I say: this system’s obsession with instant labelling and the refusal to see the complexity and inherent humanity of mental illness is hurting people.

So basically, actually listen when you ask us to speak.

If you are going through a tough time in treatment at the moment, mental health charity Mind has a helpful guide the best way to ask for a change in your treatment, or get a second opinion.

Linkedin
RELATED ARTICLES
OTHER ARTICLES
A new exhibitions brings together the work of photographers who documented the deep unrest of these pivotal decades.
A recent High Court ruling against the right to wild camp in Dartmoor National Park sparked the largest land protest in history – and campaigners say their fight is not over yet.
As she gears up for the release of her first book, the 24-year-old climate activist talks standing up to authority and building a more inclusive movement.
A new podcast is opening up the conversation between trans women and trans amorous men in the hope of building coalitions.
AI companies that develop image-generators using copyrighted artwork from the internet are coming under fire from artists who say that it amounts to theft.
Following the release of his debut single, Deyaz talks battling addiction, dealing with his struggles through music, and building a budding music career from his living room.