News & Politics / Millennials and Motherhood: Will we ever be ready? 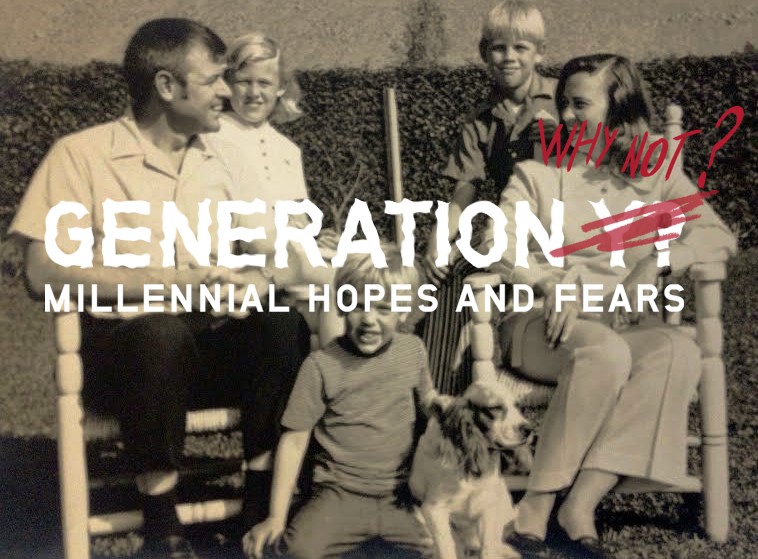 For most of us in our 20s life hasn't quite turned out as planned. Should we wait for stability to start a family, or get going before it's too late?

When we were kids, growing up looked so simple. For most of us in our 20s life hasn't quite turned out as planned: job security, houses, long-term partners? Not quite. In some ways it's liberating, but for young women like writer Abi Wilkinson wanting children there's a dilemma - to wait for stability, or to start a family before it's too late.

When I was growing up, I had an idea of what being 26 would be like. Five years on from normal university graduation age I would, I assumed, have obtained the status of Proper Adult. In hindsight, I’ve realised that my assumptions about what this would involve were heavily influenced by the particular circumstances of my parents and much of their generation — my archetypal model of Proper Adulthood. At the time they seemed like natural truths.

I would have a filing cabinet stocked with neat manila folders where I stored bills, contracts and other important documents, ensuring I would never be left scrabbling through piles of junk to find the warranty details after spilling a Sports Direct mug full of wine across my laptop keyboard. In fact, I’d probably avoid drinking wine from Sports Direct mugs at all. I would have people over for elegant dinners which they’d eat from matching plates with matching cutlery whilst drinking from matching glassware.

If I didn’t already own my own home I’d probably at least be saving to put down a mortgage deposit. Savings, in general, I assumed would be a bigger feature of my life. Spare money, that I stored in a separate account, because I didn’t need it to meet any of my immediate living costs. I would have a steady job and would probably be cohabiting with a partner. I might be engaged. I wouldn’t have children quite yet but I’d be thinking seriously about it.

Now that I actually am 26, it’s hard to believe I thought I’d have my shit together by this point. It’s not that my notion of adulthood has shifted enormously — though living in London means I’ve abandoned the idea that owning my own home is a necessary criteria — I just don’t feel any closer to obtaining that status than I did when I was 14. The timeline has changed. Maybe 36 is when I’ll really have this stuff properly figured out. Maybe even that is optimistic. At some point, though, I’ll surely stop hurtling through life in a barely functional manner — bouncing between near destitution and extravagant boozy brunches, depending on when I last had an invoice paid.

My expectations have definitely been skewed by an unwillingness to recognise that I’m not, and will never be, the same as my mother. A neatly organised filing cabinet isn’t something you acquire with age, it’s something you have if you’re the sort of person who actually bothers to implement that sort of system. Scatty, impulsive, messy teenagers don’t magically transform into organised, disciplined, responsible adults. If I want to become my own idea of a grown-up, that’s something that will take significant effort.

Also, though, the issue is circumstantial. If I put my mind to it, I could probably manage to save a bit of money each month. I could live frugally and budget carefully, rather than blowing whatever’s in my account on meals out and having fun. Being freelance my financial situation is unstable, but there’s a lot I could do to help myself that I currently don’t. What this lack of job security does though, I think, is encourages me to focus very much on the here and now. After all, who knows if I’ll still be able to make enough money to live in London six months from now? I might as well enjoy it while I’m here.

Precarious employment is increasingly the norm for people of my generation. The gig economy, zero-hours contracts and a general erosion of employment rights mean that a significant chunk of young people have no expectation that their income is secure beyond their next pay check. My own experience, of having some amount of disposable income and spending it rashly, is relatively privileged. Others are forced to scrimp and save and still struggle to make rent.

Whether or not saving money is theoretically possible, though, this lack of longterm security makes it feel futile. Putting away cash for the future forces you to actually consider what that future entails, something which I mainly prefer to avoid considering. It’s easier to assume that things will just work out eventually. That I’ll hit Proper Adulthood at some point, it’s just going to take me longer to get there than I originally anticipated. Until then, it’s fine to approach this period of my life as a sort of extended adolescence.

Of course, this is total bollocks. The expectation that I’ll have things just because my parents had them doesn’t make sense given how vastly the wider economic context has changed. What’s more, the industry I’m working in is particularly struggling and it’s hard to see how that’s going to change. Within the last 24 hours, both Vice News and the Telegraph have made large numbers of redundancies. Numerous other media companies have gone through a similar process.

Unless my life takes a drastic turn in a different direction, I need to develop a new notion of adulthood that doesn’t depend on a level of financial security. And the uncomfortable truth, the thing that’s really forcing me to face reality, is that there’s a biological time limit on all of this. As a woman who wants children, I’m faced with a steady stream of news articles warning me about the danger of figuring things out too late. Last year, an NHS fertility specialist warned that even 30 might be too late to start trying for a baby.

Right now, the prospect of being financially and mentally ready to become pregnant within the next four years seems absurd to me. Even ten years feels like a long-shot. I just can’t plot the steps that take me from where I am now to the kind of stable situation I envisioned I’d be in by the time I decided to have children. It feels like my life is slipping away without me managing to get a proper handle on anything and, honestly, I’m beginning to get scared.

Linkedin
RELATED ARTICLES
OTHER ARTICLES
Members of the collective share some of their reasons to run as part of #UnitedBySummits, a campaign that looks to uncover transformative power of the outdoors.
The author discusses her blistering new novel about history, revolution and queer love.
Our new magazine is here, starring the inimitable Mitski. Order your copy now and join us on a trip around the world.
The situation in Afghanistan remains dire, with many groups facing persecution at the hands of the Taliban.
New legislation is set to make it more difficult to hold Israel accountable for its human rights abuses.
Following the release of his newly republished 1991 book, Redheads, the American photographer reflects on his celebration of ginger people and their magnetic power.