News & Politics / Why are millennials not having the kind of sex we really want? 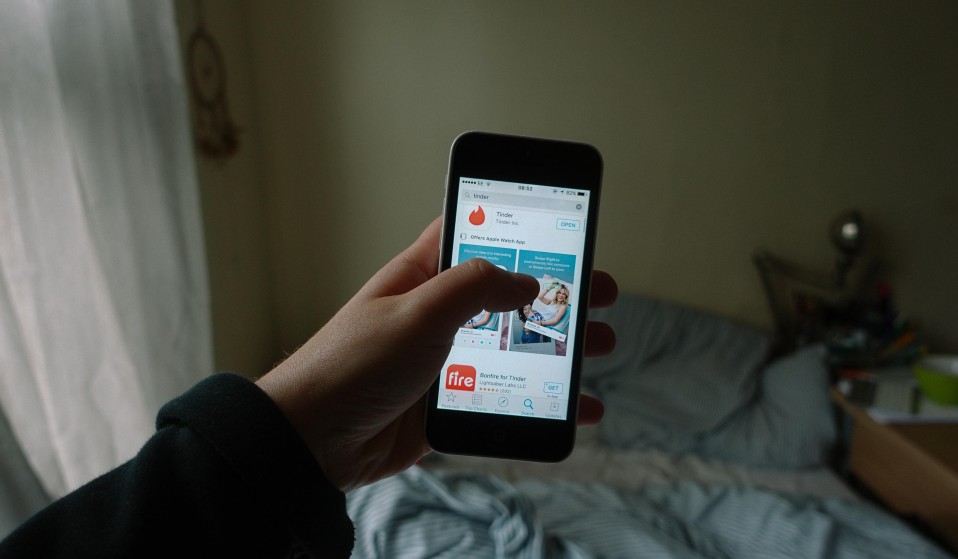 A study has revealed that, despite what you see in the movies, young people today are struggling to find a healthy relationship with sex. But why is that? And, more importantly, what can we do about it?

A study has revealed that, despite what you see in the movies, young people today are struggling to find a healthy relationship with sex. But why is that? And, more importantly, what can we do about it?

Ravenous for bodies and hungry for excitement? Hollywood movies and our portrayal on TV might make you believe that young people are desperate to get it on with whoever we can find, 24/7, right?

Wrong. Or at least according to some new research. It seems an overwhelming number of millennials are now claiming to have faced serious problems when it comes to sex.

From pain after intercourse, the inability to get an erection, lack of climax, and huge anxieties, there are a whole load of hurdles that young people are struggling to overcome, and now it seems this is stopping us from enjoying what goes on in the bedroom.

But what’s causing such discomfort? As a millennial who enjoys casual sex with all kinds of people (sorry mum),  I know from experience that the answer is anything but simple. Humans are heterogeneous and diverse, and our sex lives are too.

“At the age of twenty-two I’m only just learning how to properly say ‘no’,” says Lauren Martinson, a feminist artist and activist based in South East London. “There’s a pressure to perform certain acts that not everyone is actually that comfortable with.” Often, we can become preoccupied with performing a circus-act of positions, forgetting to take into consideration the boundaries and expectations of our partner.

Amanda Millis – an academic, fine artist and survivor of sexual violence – was another young woman who expressed her anger to me on this topic. “One night I told somebody, (a practicing psychotherapist by the way) that I didn’t want to blow him. But then he kept putting his dick on various parts of my face until I just licked it a little bit to shut him up.”

Learning that it’s okay to say no to sexual favours is an issue that I can relate to myself, it’s something that a lot of other women I know are still coming to terms with too. But mulling this over, I wondered if men had experienced similar anxieties.

Twenty-four year old Danny had a similar take, admitting to how he often went down on women, without really wanting to in the first place. In his eyes, it was something that just came as part and parcel of the act. “I find sometimes I’m not really that into giving a girl head,” he tells me, “but often I will just do it anyway – like I’m being sexually selfish if I don’t.”

Dr Kirstin Mitchell, a lead author on a recent Natsal (National Survey of Sexual Attitudes and Lifestyle) study noted pornography as a possible culprit for such blurred lines. “Pornography has become very available,” she tells me, “and while this can be a positive influence for some, it can also set unrealistic expectations of what sex is really about.”

“I think a lot of people think of sex as a thing to be ‘done’ or ‘accomplished’,” says Naomi Morris, a twenty-two year old writer from London. “I think that having an attitude that sex is a ‘task’ will ultimately decrease the pleasure of it too.”

In a generation that’s settling down later and downloading dating apps quicker, the commodification and accessibility of romantic connections can also be to blame for our lack of communication. Hook-up apps have inevitably turned sex into an expected end-goal. 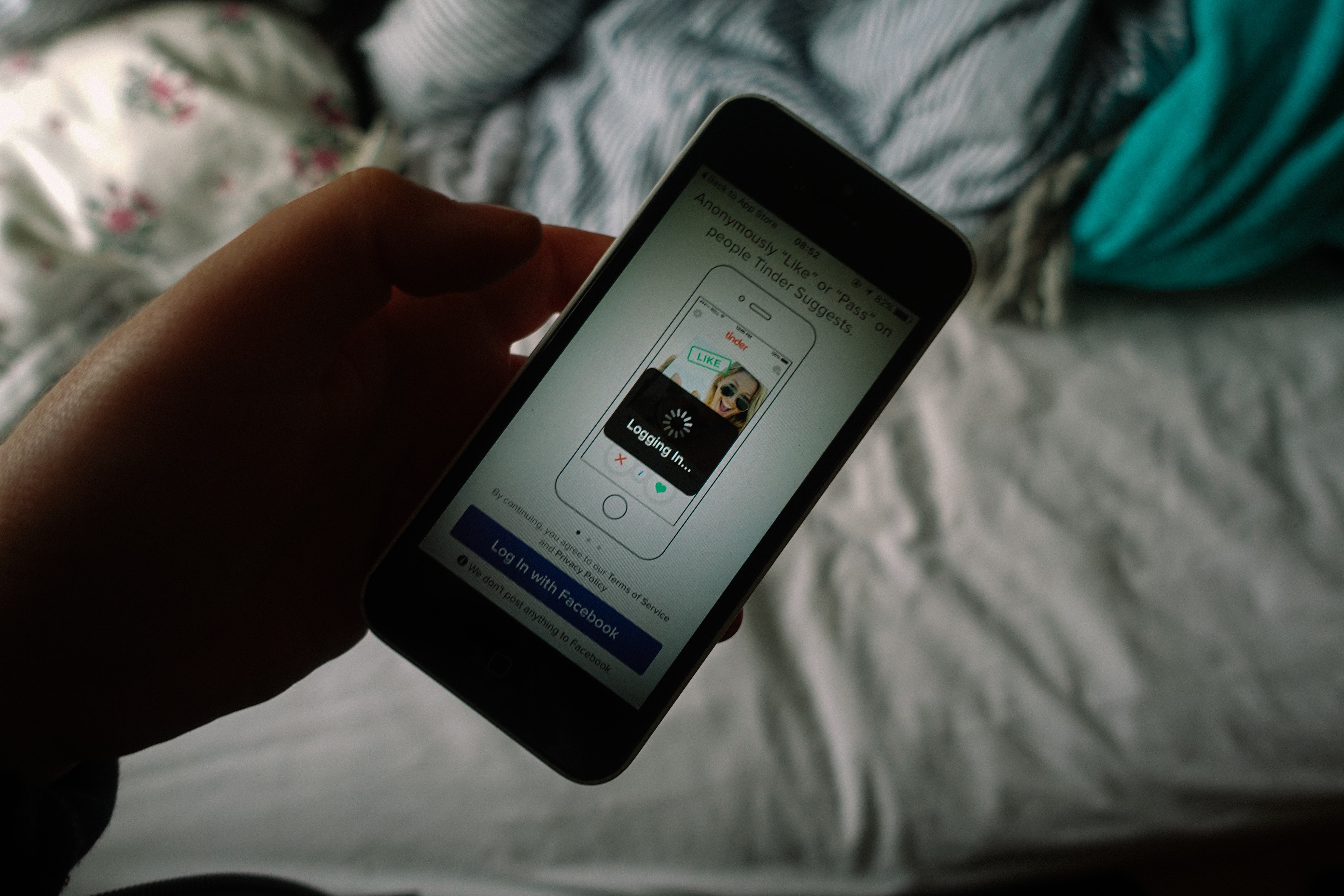 “I feel like there is a definite link between the pleasure obtained from sex and the technology we use today,” says twenty-one-year-old literature grad Jack Smith. “Now, with the appearance of things like Tinder and Grindr, sex is often treated as a purely physical thing to obtain, rather than encompassing the emotional aspects of it too.”

“As a gay man,” he continues, “I feel like things like Grindr can perpetuate the idea that gay men would rather know your inches than your name. I mean, everyone is free to indulge as they wish, but I feel like men who don’t want to use these tools are starting to feel more and more alienated in their love lives.”

Meeting our partners online is now a norm, and casual sex has become widely accepted. With our more developed social awareness breaking down the stigmas of sex, you could argue that we are actually more free than ever to fuck how we want. But is it just that we aren’t yet equipped enough to treat each other, and ourselves, with the love and respect that we deserve during sex?

“Something that we found in our survey,” Dr Mitchell later reveals to me, “is that being able to communicate really links back to being sexually satisfied, as well as having better sexual function overall. To have an enjoyable sex life you need to trust your partner, have respect for one another, and have the ability to communicate properly.”

And no, that doesn’t make you boring. We have the freedom to explore and love in any way we see fit, but if we continue to let hook-up apps dilute our idea of intercourse, or fail to find the comfort in communicating properly, then we are seriously missing out on the full potential of what is one of the most raw, compelling and natural parts of our human nature.

*Some names have been changed

Linkedin
RELATED ARTICLES
OTHER ARTICLES
Photographer Bud Glick recounts documenting everyday life in the area, and what it taught him about the Chinese immigrant experience.
Following the release of his latest album, the rapper talks about finding a new approach to songwriting, attitudes to poverty, and why his music is more than a political statement.
Steel City is often overlooked when it comes to the country's cultural radar despite its role in shaping electronic music.
Protestors gathered outside Downing Street following the latest atrocities committed by Israel against Palestinians living in the besieged strip.
Tough fines and arrests for drug possession and supply is pushing festival-goers towards unsafe measures to consume or smuggle in their substances.
One year on from the fall of Afghanistan to the Taliban, Tiara Ataii speaks to those who have been forced to make the treacherous journey to Europe for safety, and the barriers and horrors they have faced.