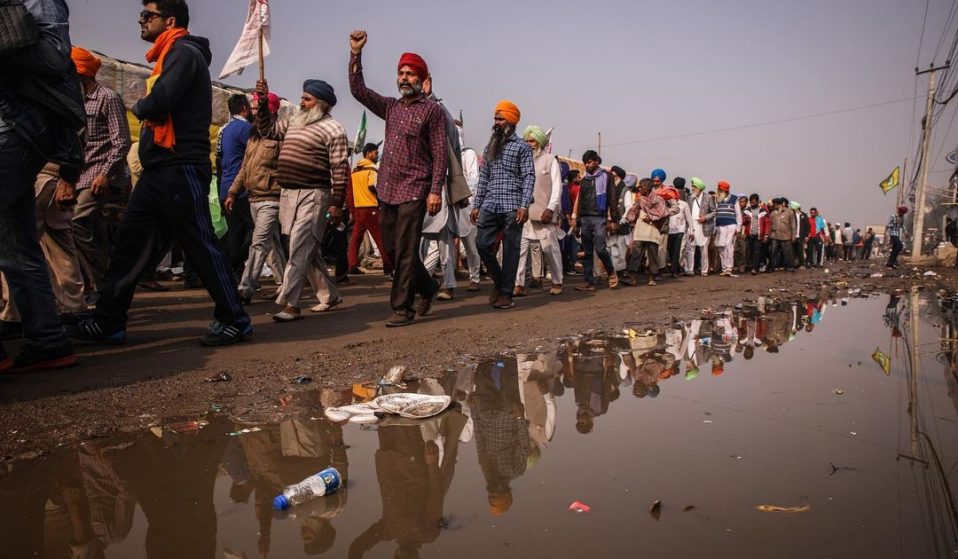 Last week, Modi repealed the three contentious farm laws that had sparked an over year-long protest in India. But what is the real motive behind the PM’s rare display of contrition?

Last week, India’s prime minister repealed the three contentious farm laws that had sparked an over year-long protest in India. But what is the real motive behind the PM’s rare display of contrition?

In September 2020, the farm laws brought in by the Parliament of India triggered uninterrupted protests across the country. Several major incidents took place throughout the uprising, including the 2021 farmer’s Republic Day protest, violence in Lakhimpur Kheri and the lynching of an alleged desecrater by Nihangs.

Farmers and critics of Modi’s brigade said the laws – allegedly intended to modernise India’s farming industry – would advantage corporations and commercial buyers at the expense of the livelihoods of farmers. Through the foggy mornings and humid evenings, the farmers – quite literally – stood their ground in a powerful display of unity.

Last week, after over a year of protestors camping out in Delhi through the rain and wind, prime minister Narendra Modi announced that he will repeal the three contentious farm laws that sparked the protests. It marked one of the most significant concessions made by his government – but this does not mean that his authoritarian rule over the country is softening.

While the world impatiently waits for the repeal to arrive in Parliament during its next session, we must celebrate those who first protested in the streets of Punjab’s cities and towns, those who used their bodies as shields against rubber bullets and whips, and ultimately the hundreds who were unable to return to the places they fought valiantly to preserve. Modi cannot snatch this victory from the farmers and reclaim it as his own.

Modi’s surrender to farmers’ demands is a paramount victory for the protesters, but it’s also part of a conveniently-timed scheme before significant state elections, which take place next year in Punjab, Uttar Pradesh, and elsewhere. For a leader bent on presenting himself as a leading world authority, Modi’s address to the nation withdrawing the farm laws was nothing more than a desperate move to reignite India’s right-wing Bharatiya Janata Party (BJP).

Despite his admission to neglect and oversight in how the farm bills were implemented, Modi’s heavily-delayed ‘apology’ was largely empty words. It held no meaning in the face of his blatant disregard for the lives of the farmers. If Modi had acted sooner, events such as the vehicle-ramming attack and mob lynching that occurred in the Lakhimpur Kheri district on October 3, 2021, could have been avoided – not to mention, the hundreds of lives that were lost over the course of the year. 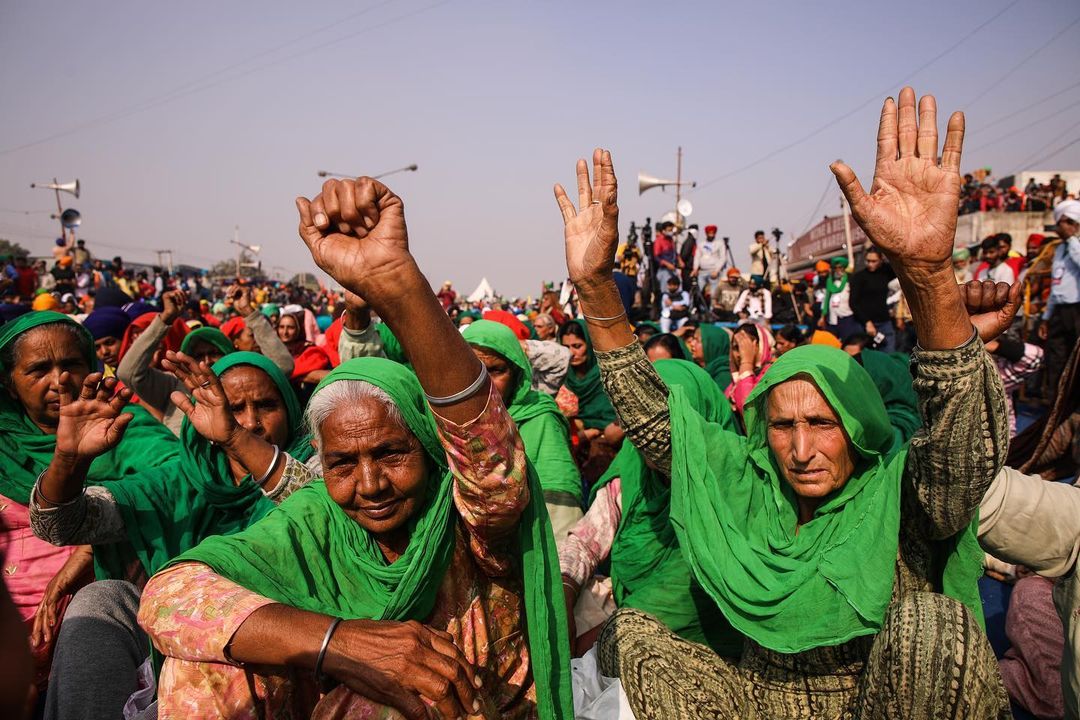 As much as we would like to think that the wellbeing of the farmers played a role in the decision to repeal the farm bills, this is simply not the case. Modi’s speech, in which he asked for forgiveness, was fuelled by his greed to secure his government and his place within it.

Modi’s public image has revolved around his ability to appear tough. Whether it was the government’s catastrophic failings over the pandemic or the Chinese incursion into Indian territory, Modi has consistently escaped with a skip in his step. He shrugs off criticism and claims victory voraciously. In 2019, the international community joined forces to condemn Modi’s occupation of Kashmir – a majority-Muslim region divided among India, Pakistan and China. Despite media and rights groups criticising the power-grab, Modi made changes to India’s constitution which forced the citizens of the Indian territory into an unprecedented communications blackout, and lasted for a month. Since then, India has unashamedly misused anti-terror laws to criminalise the work of human rights activists, such as Khurram Parvez, who was recently arrested for “terror funding” and stifle dissent in the nation.

This might make Modi’s contrition in the face of the farmers’ protest appear as though a surprising display of vulnerability. However, this vulnerability is a form of manipulation, to coax votes for the upcoming all-important 2024 general election from the people of Punjab, Haryana and Uttar Pradesh, which happens to be the largest state in India. Local polls concerning the upcoming election showed the ruling party’s plummeting ratings in these states following the implementation of the farm laws.

However, the downfall of the BJP in Punjab is not entirely down to the farm laws. Since Modi’s rule began, career prospects in the state have faltered and an already-diminishing economy is desperately trying to recover from the pandemic. The farm bills announced in 2020 were simply the final straw for Punjab’s population.

The fact that the repealing of the laws coincided with the Sikh holy day of Gurpurab – and thus saw the farmers take to the streets to celebrate their win – was no coincidence. Modi did not have a change of heart nor were his eyes opened in an epiphanic state. The decision to announce the repeal of the farm laws on Gurpurab was a strategic and selfish one to rebuild the ruling party’s hold over the state of Sikh majority-Punjab. Without the votes of the dominant Sikh community in Punjab, the chances of the BJP winning the state are low. 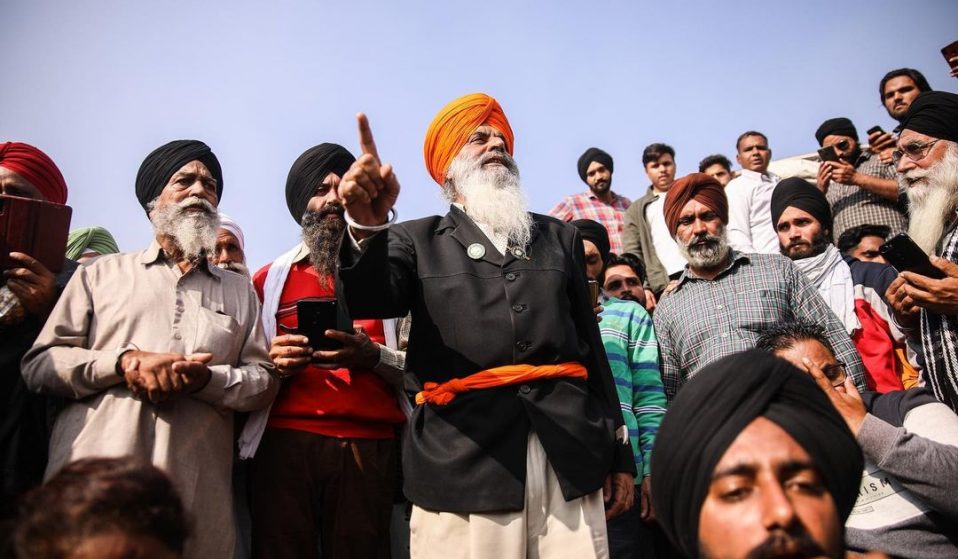 The Sikh community in India, regardless of whichever political party is in power, has always been shoved into the ‘other’ category. Whether it’s the Jallianwala Bagh massacre of 1919, in which a crowd of Vaisakhi-celebrating Sikhs were murdered or the 1984 anti-Sikh riots, India has a long history of suppressing the Sikh community. While Sikhs around the world commemorate the victory, the struggle to survive in a politically hostile climate continues. As the protests against the farm laws were mainly attended by Sikh farmers from those states, this apology is nothing but a cheap gamble for the state elections. There is also a threat of the repeal being reversed after the election. For now, all the farmers have is Modi’s word.

People have little reason to trust Modi’s good intention: under his leadership, India has become increasingly authoritarian. It was Modi who methodically suppressed protests concerning the Citizenship (Amendment) Act of 2019. The act made religion a criterion for Indian citizenship whilst it simultaneously prioritised the citizenship of Hindu, Sikh, Buddhist, Jain and Christian immigrants. The ‘anti-Muslim’ law was heavily condemned for being discriminative based on religion.

Despite the conclusion of the protest, farm reforms are still in desperate need. What the protests have taught us is that corporations cannot make decisions for the farmers. The farmers need to reinstitute control to ensure much-needed change – from the well-being of farmers, to water issues and the incessant risk of modernisation – is enforced. Rising farm debts remain a problem in Punjab and have been for several decades. With the higher costs of living and lease of land rentals, there has been a crisis of farmer suicides in India. The ongoing climate crisis adds to this, with increased crop fires and lower annual precipitation leading to greater devastation. Returning to the previous system is not an enviable win.

Despite these urgent concerns for the future, a tsunami of optimism appeared in the form of declarations of support for the farmers from around the world. Indeed, three things are known to be true: the farmers are victorious, the uprising against Modi’s despotic government is strife and the repeal is a renewal of hope that there is still space for defiance in the nation.

Linkedin
RELATED ARTICLES
OTHER ARTICLES
The author discusses her blistering new novel about history, revolution and queer love.
Our new magazine is here, starring the inimitable Mitski. Order your copy now and join us on a trip around the world.
The situation in Afghanistan remains dire, with many groups facing persecution at the hands of the Taliban.
Members of the collective share some of their reasons to run as part of #UnitedBySummits, a campaign that looks to uncover transformative power of the outdoors.
Writers Matt Foot and Morag Livingstone explore how four decades of collusion between the government and the police have slowly eroded our right to protest.
Over the weekend, London locals came together to resist a pre-planned police raid targeting delivery drivers.