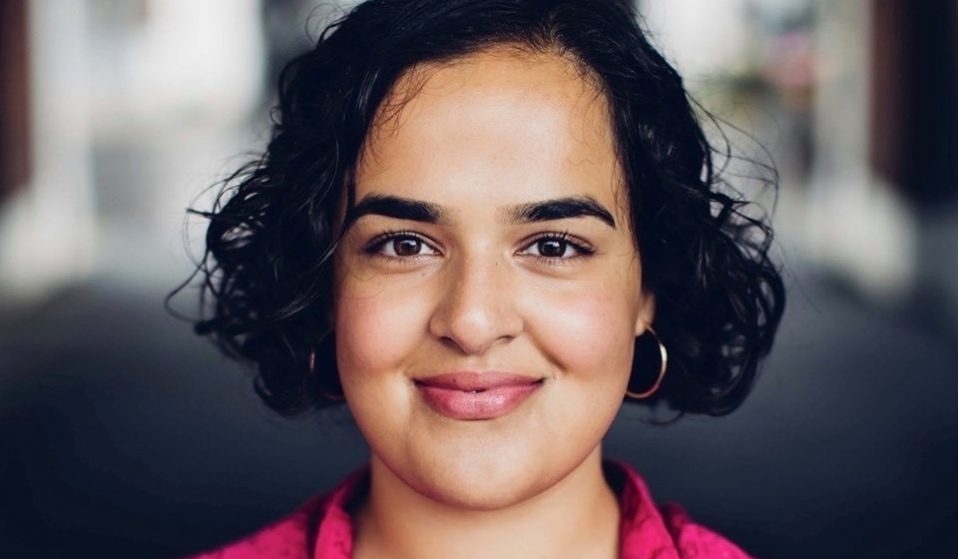 As the 24-year-old MP takes time off due to PTSD, we must celebrate her bravery in speaking openly about mental health and continue to fight for access to care and support for everyone suffering.

As the 24-year-old MP takes time off due to PTSD, we must celebrate her bravery in speaking openly about mental health and continue to fight for access to care and support for everyone suffering.

Admitting you need help is never easy. We throw words like ‘courage’ and ‘bravery’ around far too freely when we talk about mental health, often in a way that masks the very real trauma and horror many experience, but being open and honest with yourself and others takes real strength. To do so in public takes even more.

It’s that strength that Labour MP Nadia Whittome demonstrated this week. The 24-year-old representative of Nottingham East posted a tweet announcing that she would be taking time away from her role under the advice of her doctor. In an attached note, Whittome further explained that she would be seeking treatment following her diagnosis with Post Traumatic Stress Disorder (PTSD).

On the advice of my doctor, I'm going to be taking some time away from work for health reasons.

Constituents should continue to contact my office as normal – my staff will be there to assist you.

My full statement is below. pic.twitter.com/0CMDxc8OYl

In the note she stated: “It is important for me to be honest that it is mental ill-health I am suffering from, specifically Post Traumatic Stress Disorder. One in four people each year will experience mental health problem each year, though there is still great shame and stigma around it.” Whittome thanked the leader of the Labour party, Keir Starmer, for his support, and various Labour MPs, including deputy Labour leader Angela Rayner, who replied to her tweet in support.

I was lucky enough to get to know Nadia when Huck went up to cover her election campaign in 2019. Since then, we’ve worked on various different projects together. I know her to be one of the brightest and bravest people I know. A woman with an intense and fiery passion for justice who is infinitely generous and determined to change the country for the better of working people. In an increasingly dark time, she has been one of few bright lights in Parliament, consistently fighting on the side of progress. That she would seek to use this moment of intense personal pain and suffering to try and raise awareness of an extremely misunderstood disorder is a testament to her character.

Yet mere hours after posting her statement, as Nadia was trending on Twitter, unsurprisingly, rather than extending any empathy, right-wing blog Guido Fawkes posted a story about her time of absence with the headline: “Nadia’s Shell Shock Shows Politician’s Need Life Experience”. As callous as it was baseless, the article stated “Guido has no insight into what ails the youngest MP in parliament, Nadia Whittome, such that she needs to take a break from parliament due to PTSD. Parliament may be daunting though nothing akin to the trenches of the First World War. The shells lobbed on social media may ruin your day but they don’t kill”.

By their own admission, Guido has no idea of the specifics of Whittome’s diagnosis. The assertion that she lacks in life experience, simply by virtue of her age, simply doesn’t marry up to reality. In the middle of the pandemic Whittome, while still working full time as an MP, went back to her role as a carer – an experience of front-line, low paid and, in that instance, dangerous work that many in the political and media class sorely lack.

Guido’s sarcastic asides about trench warfare betray further ignorance where PTSD is concerned. The mental health charity Mind describes PTSD as “a mental health problem you may develop after experiencing traumatic events. The condition was first recognised in war veterans. It has had different names in the past, such as ‘shell shock’, but it’s not only diagnosed in soldiers.”

Attacking a young woman at a time when she’s vulnerable is deplorable enough in of itself, but propagating mistruths around a debilitating mental health condition is unforgivable.

The Mind website details different types of PTSD, from delayed onset PTSD which can come months or years after a traumatic event, complex PTSD which is the result of early age or sustained trauma or birth trauma which develops after a traumatic birth. In any given week, four in every 100 people in the UK suffer from some form of PTSD, with many others suffering from the effects of it without knowing.

Symptoms of the disorder include intrusive thoughts, night terrors, physical sensations such as pain, sweating, trembling and numbness, and intense distress. It can cause issues with sleep, intense bouts of anxiety and being easily upset or angry. It is a truly debilitating and life-altering diagnosis that requires intense therapy and treatment.

Beyond defending Nadia on a point of principle, we must not let the likes of Guido to spread mistruths or increase stigma. As Nadia heals, we must continue to fight for access to care and support for everyone suffering, and treat all of those who are with the kindness, respect and solidarity they deserve.

Linkedin
RELATED ARTICLES
OTHER ARTICLES
The situation in Afghanistan remains dire, with many groups facing persecution at the hands of the Taliban.
Photographer Robin Graubard’s debut book offers an unflinching record of turbulence and change across the Balkans.
Members of the collective share some of their reasons to run as part of #UnitedBySummits, a campaign that looks to uncover transformative power of the outdoors.
The revered showbiz chronicler recalls his journalistic beginnings, documenting subcultural scraps in the ’80s.
The government is scrapping the Human Rights Act in a move that will hit marginalised people hardest.
Following the release of his newly republished 1991 book, Redheads, the American photographer reflects on his celebration of ginger people and their magnetic power.