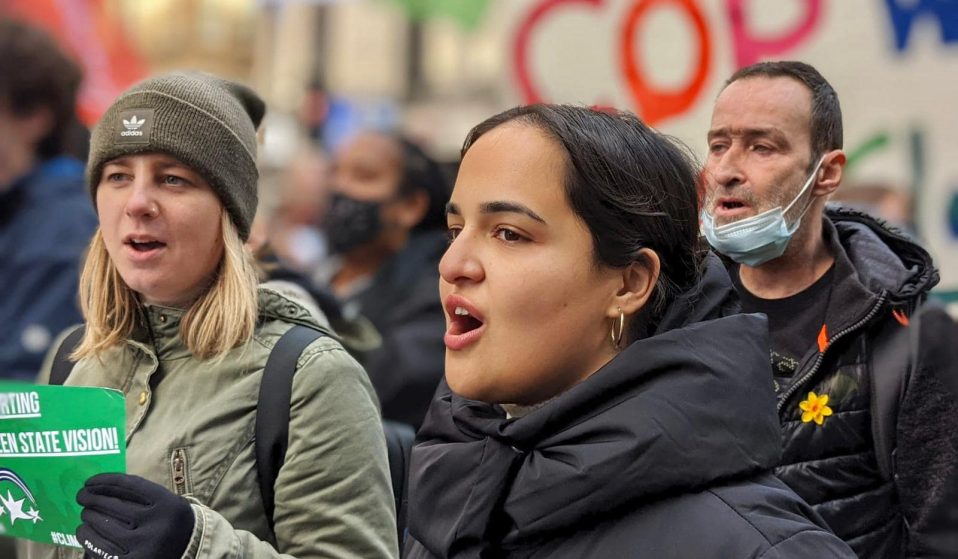 The government’s Rwanda deal is just the latest example of the Tories’ contempt for asylum seekers and must be resisted, writes Nadia Whittome MP.

The government’s Rwanda deal is just the latest example of the Tories’ contempt for asylum seekers and must be resisted, writes Nadia Whittome MP.

This week the government announced some of its most barbaric plans yet: to send asylum seekers to Rwanda for “offshore processing”. They intend to fly desperate people, who arrive on our shores fleeing war and persecution, to camps 4,500 miles away.

We’ve seen this system used elsewhere with deadly consequences. Australia processes refugees arriving by boat on the Pacific island of Nauru, and, previously, on the island of Manus – part of Papua New Guinea.

The asylum detention camp at Manus was ruled to be illegal in 2016 and closed. A lawsuit against the Australian government, brought by almost 2,000 people detained there, found that they had been the victims of systemic physical and sexual abuse, and medical neglect. A number of people died, including at the hands of camp guards. On Nauru, suicide and self-harm are an epidemic among asylum seekers forced to live in torturous conditions.

The Australian offshore system has been condemned internationally, including by Amnesty, Human Rights Watch and the United Nations. Not only is it unimaginably inhumane, it fails even on the terms our government claims to care about: it hasn’t deterred people travelling by small boat and it is wildly expensive, with each refugee held on Nauru costing the Australian taxpayer £2.3 million a year. It is this utter failure that our government is now seeking to imitate – Home Secretary Priti Patel has even appointed the person who masterminded Australia’s immigration system to review the UK border force.

Under our government’s proposed system, anyone sent to Rwanda will not be allowed back to the UK. If they are granted refugee status, they will be expected to stay in Rwanda. The aim is to make it impossible for refugees to make the UK their home.

Rwanda’s government has a pitiful human rights record. Human Rights Watch has reported on ill-treatment and torture at detention facilities where people are arbitrarily imprisoned. The UK government, only last year, asked for an investigation into allegations of killings and torture carried out by the state in Rwanda. But when asked about human rights concerns yesterday, government minister Simon Hart swept them aside – acknowledging that they existed, but choosing to focus on Rwanda’s “up and coming economy” instead.

Israel ran a similar resettlement scheme with Rwanda between 2014 and 2017. Despite the Home Secretary’s professed desire to take people out of the hands of human traffickers, it was found that many of those brought to Rwanda from Israel promptly left and attempted to return to Europe using smuggling routes.

As an MP, I see the impact that the many failures of the UK asylum system has on my constituents. My office helps people who have been waiting for the result of their asylum claims for five years, ten years in some cases. The British state has kept these people in limbo for a huge proportion of their lives. Like those detained on Manus, the majority of them are ultimately granted refugee status.

What we put them through now is already agonising. What we see in immigration detention centres in this country is abhorrent, with abuse and mistreatment at facilities like Yarl’s Wood well-documented. Rather than fixing this, the government chooses instead to make this system even worse: to turn its back on refugees and to maximise human suffering in the hope of political point scoring.

We all know why this plan has been announced now. This week, Boris Johnson and his Chancellor Rishi Sunak were found to have broken the law, but it is not them who will suffer the consequences – it is vulnerable refugees who have become pawns in reactionary political games. Because this has nothing to do with Channel crossings and everything to do with a Prime Minister out to save his own skin.

This government wants to turn attention away from its own failings, and thinks it has found an easy target in asylum seekers. For decades the Tories and their backers in the media have demonised migrants, stoked hatred and laid the groundwork for this policy. They have tried to convince us that those fragile dinghies are not full of people like you and me, but a dangerous threat to be repelled. These lies have poisoned our politics and our society.

But it seems that this time, they may have miscalculated. Since the start of the war in Ukraine, there has been a surge in public support for refugees, and a condemnation of the government’s failure in its responsibilities. Even senior Tory MPs such as Andrew Mitchell and Tobias Ellwood have now criticised these cynical plans.

Those coming from Ukraine deserve our support, but so do those coming from Afghanistan, from Iran, from Eritrea. Not because of where they come from, but because they are people. We cannot let the government pit refugee against refugee. With this offshoring policy, Boris Johnson thinks he can get away with distracting and dividing us, allowing him to cling to power – despicable tactics from a Prime Minister who knows his time is up. We have to show him he can’t.

Linkedin
RELATED ARTICLES
OTHER ARTICLES
AI companies that develop image-generators using copyrighted artwork from the internet are coming under fire from artists who say that it amounts to theft.
Activists and campaigners are fighting back against new laws that would seriously undermine the ability to take industrial action, calling it an attack on fundamental workers' rights.
After building his reputation covering the US civil rights movement in the 1960s, the photographer went on to produce some of the most enduring images of the past century.
Theo McInnes’s photos of the annual event provide an intriguing snapshot of contemporary Britain.
After blocking the Scottish government’s gender recognition reform bill, Westminster is now devising further changes to the law to make it harder for trans people to self-identify.
A new podcast is opening up the conversation between trans women and trans amorous men in the hope of building coalitions.