Singer-songwriter Townes Van Zandt never quite made it to the top during his lifetimes. His bluesy, Texas folk tunes were true to his southern state roots, but it wasn't until his untimely death that his work was granted a new lease of life. For Townes' son JT, the best way to honour his father’s spirit is by finding and protecting harmony in nature.

Singer-songwriter Townes Van Zandt never quite made it to the top during his lifetimes. His bluesy, Texas folk tunes were true to his southern state roots, but it wasn't until his untimely death that his work was granted a new lease of life. For Townes' son JT, the best way to honour his father’s spirit is by finding and protecting harmony in nature.

“Time among the pine trees felt like breath of air, but usually I just walk these streets and tell myself to care. Sometimes I believe me. Sometimes I don’t hear. Sometimes the shape I’m in won’t let me go.”

Sentiments such as these were thick as thieves in the Van Zandt household. For my father, themes of despair and hopelessness were the tools of his trade. When Townes and his companions, through their reverie, achieved new benchmark levels of sadness a masochistic celebration would commence. I remember trying to do my homework while Blaze Foley and my dad argued endlessly at the top of their lungs about which was Lightnin’ Hopkins’ best song. 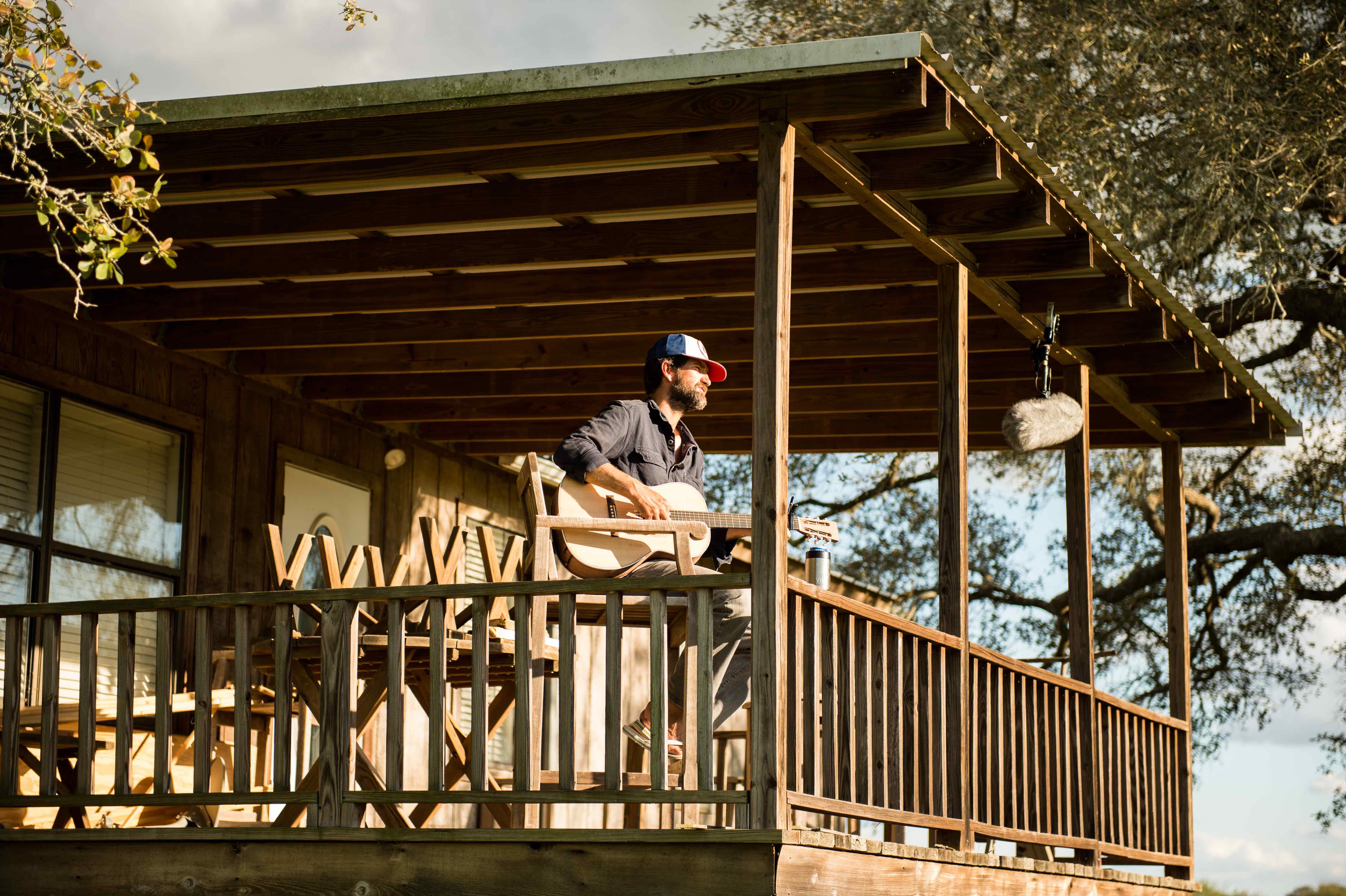 I’d go out to catch the bus the next morning and have to step over hippy cowboys passed out all over the floor. Blaze’s worn out cowboy boots would be sticking out of the back of my grandma’s Olds in the driveway, ‘cause he’d inevitably been thrown out of the house at some point during the argument the night before.

Growing up the son of a poet left me a little spun out at first. My dad was the happiest when he had the least – give him a guitar and the clothes on his back and he was ready to roll anywhere, for any length of time. He was totally free and confident in his choices. He never had a job that I know of – he left college to be a songwriter, and that’s what he did. He had a tender side that seemed to me to be at one with nature, and was always truly kind to strangers and to animals, which I remember having great respect for. 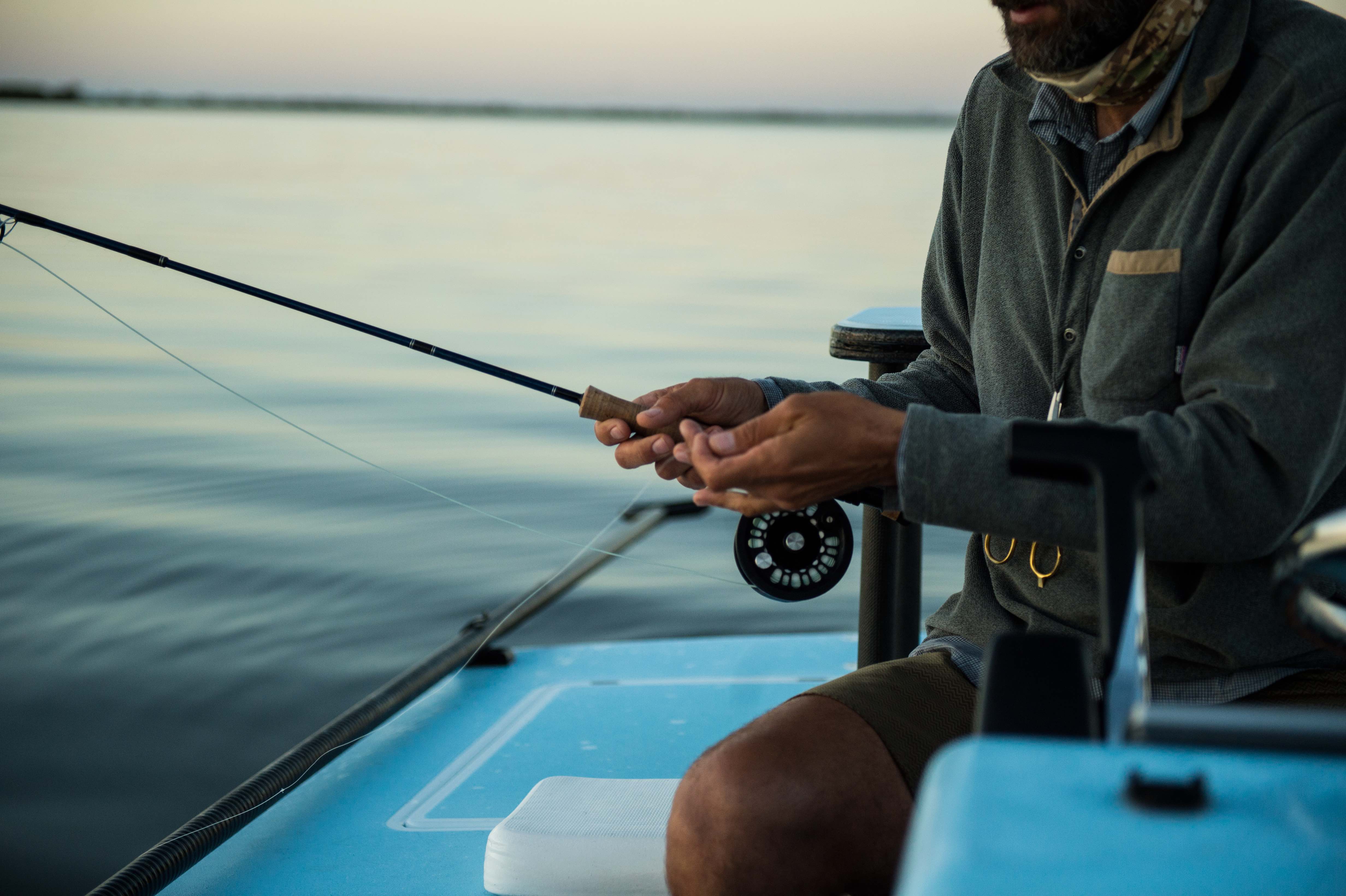 I lived with him a couple of times in Austin in the eighties. He constantly read books about the sea, ancient mariners, wooden ships – topics that ultimately became fascinations of my own. When he wasn’t on the road we’d hang out on Lake Travis in a little sail boat, fishing and drinking, and I’d feel special – like I was with the coolest dude on the planet. I would usually drive us home. Austin was an oasis, but eventually my grades would suffer and my mom would reel me back to Houston. She was always the needed counterbalance to my dad’s wild ways.

Every summer from early childhood to the age of sixteen was spent in Hallettsville, Texas, on my grandparent’s farm. My mom worked and dad was always on the road, so I was fortunate enough to get dropped off in the country for three months a year. It was on those 300 acres that I developed my skills as an outdoorsman. With a rifle and fishing pole in hand I roamed every square inch of land, building forts, setting traps, tanning hides, and filleting fish. My evolution from drop lines to cane pole to conventional tackle and ultimately to fly rod and reel all happened during those golden days. 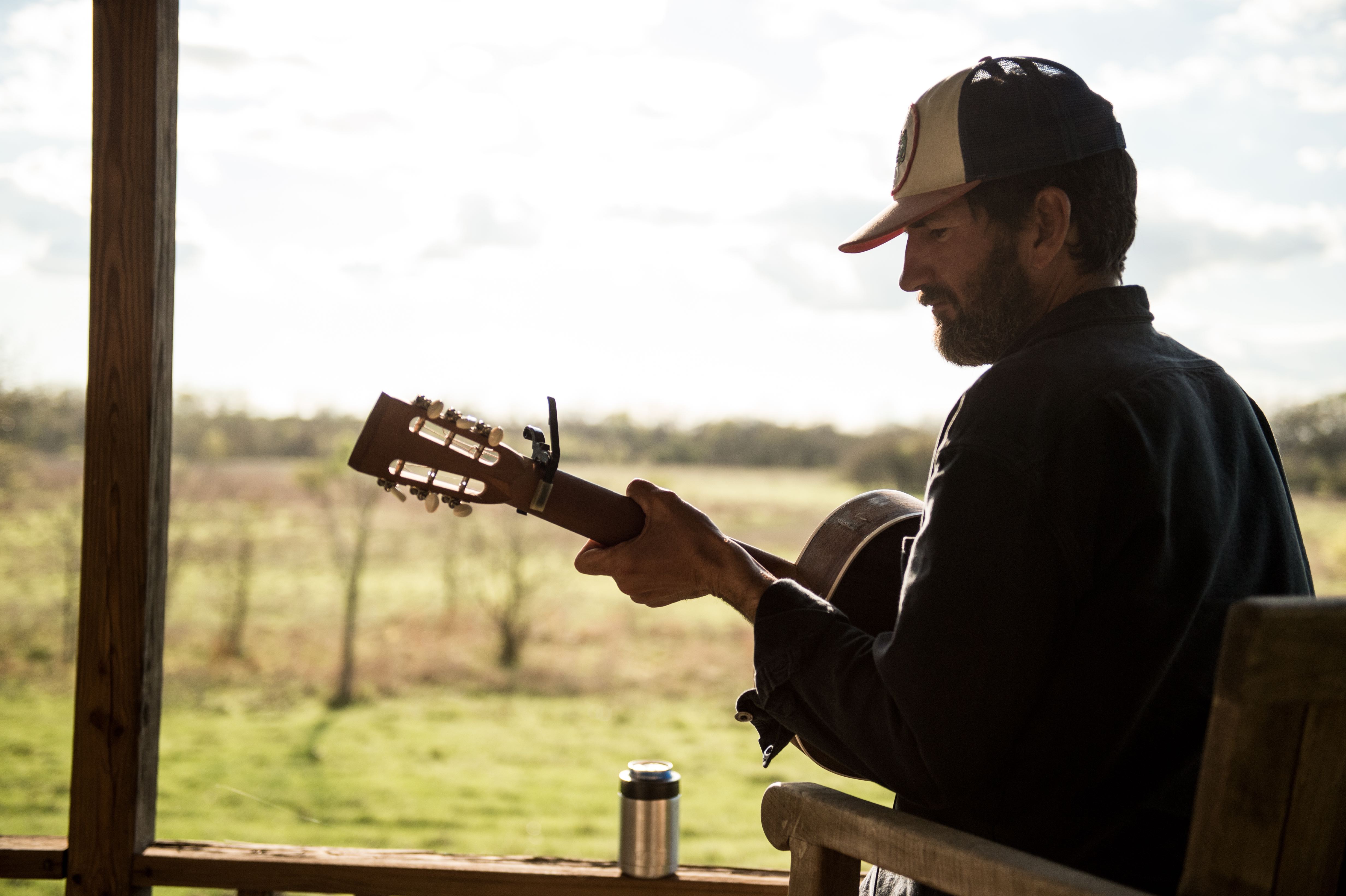 Early on I experimented with songwriting, but it never felt right. I was really just trying to be like my dad. On a trip to Nashville when I was eleven he took me shopping at a pawn shop, and said he’d buy me either a guitar or a BB gun. I chose the gun, and could see the disappointment in his eyes. I was never drawn to the smoke-filled bars and endless partying of life on the road. Being in nature, near water, was the best feeling. It gave me confidence and strength.

I learned my father’s songs as a way to stay close with him, to respect him. It’s a privilege I take very seriously. I play music on occasion, joining with others to honour my father and other fallen comrades. One of the extreme privileges of being my father’s son is that I get to step on stage and experience that from time to time – I’ve played stages that career musicians aspire to, without having to put in the years myself. 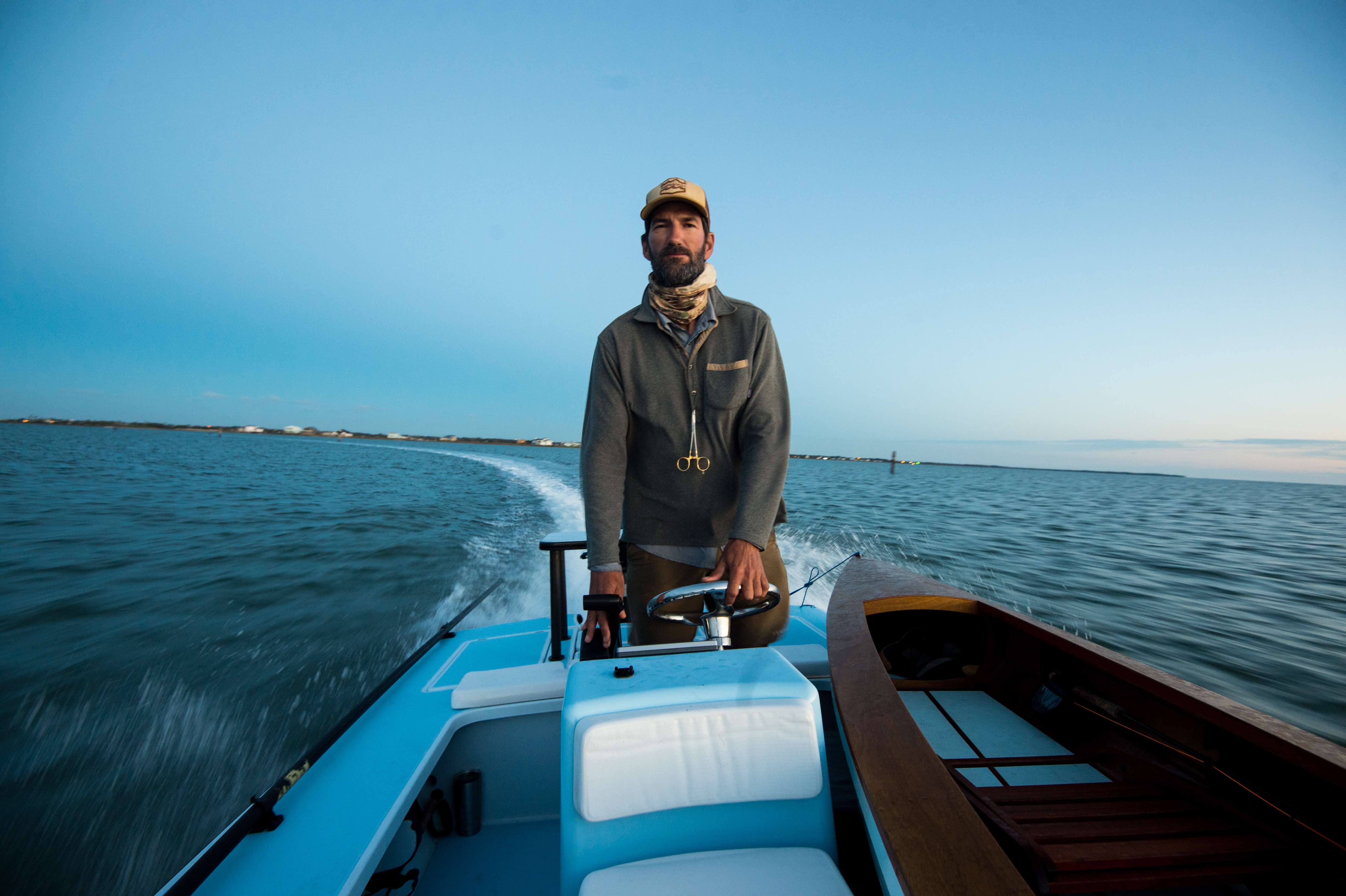 After graduating from the University of Texas in 1992 with a degree in psychology, I moved to southern Colorado and started guiding fly fishing trips in the San Juan mountains. My dad rolled through one summer on the way to a folk festival. He was in rough shape, had a hard time crawling out of the camper shell of the Colonel, his rust covered GMC pickup, and into the fly shop’s parking lot. When he gained his balance he looked around and said, “Wow, T, a fly fishing guide in the mountains! That’s so cool!” I felt validated. 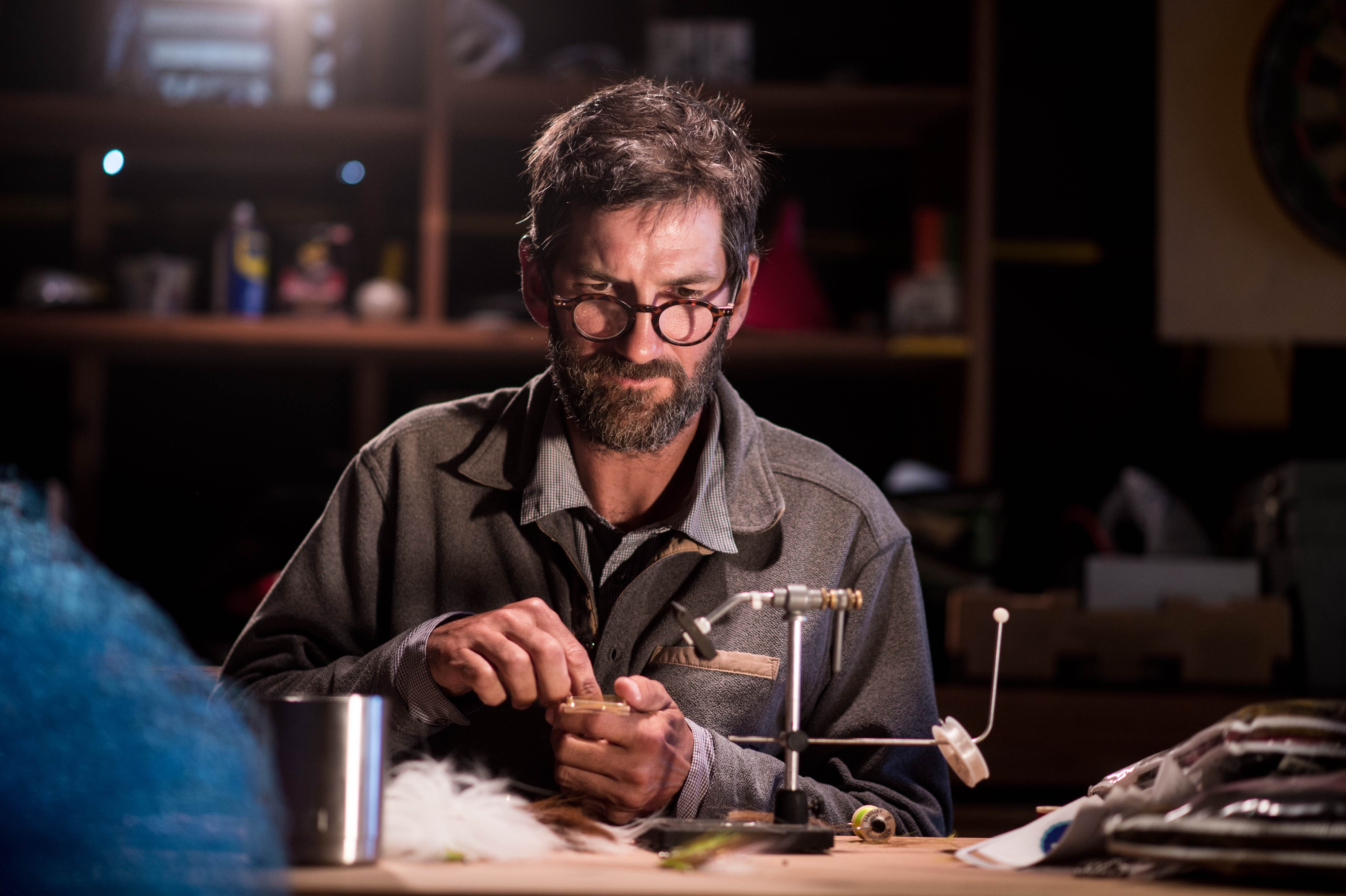 Carpentry became an occupation during the off season and eventually a career. I moved back to Austin and started a woodworking business in 2002. My plan was to put up with the stress, make money, and afford to go fishing without guiding. It lasted a while, until I realised I hadn’t been fishing in months, and then that was it. I returned to guiding in 2012 and have never looked back.

I still work with wood, making a boat here and there, but only so long as it doesn’t interfere with fishing. Fishing is the most important thing besides family. Red fishing on the Texas coast near Rockport has become my focus, and you have to live with those fish to know them. It’s so exciting, such a dynamic ecosystem, so complicated, and perhaps the most beautiful place in the world. I still love floating a river sometimes, but that’s what it is – a day on the river. Flats fishing is serious business.

I’m in search of a feeling, a way of living that makes me happy, a way that has the least impact on others and the environment. A way that is consistent with what my father’s music has taught me.

My love for fishing has become a life of guiding, and also a drive for conservation. When I first started fly fishing the coast you didn’t see the traffic you see now in the flats, and no one would dream of motoring through the shallows. It made no sense. Now there’s a deplorable trend to run shallow water boats as skinny as they’ll go, burning endless miles of shoreline, destroying habitat, harassing the fish, and ruining conditions for other anglers. The most extreme tactics involve using airboats to herd or encircle schools of fish in shallow water for the purpose of filling coolers as effortlessly as possible. I can’t imagine the joy in that. 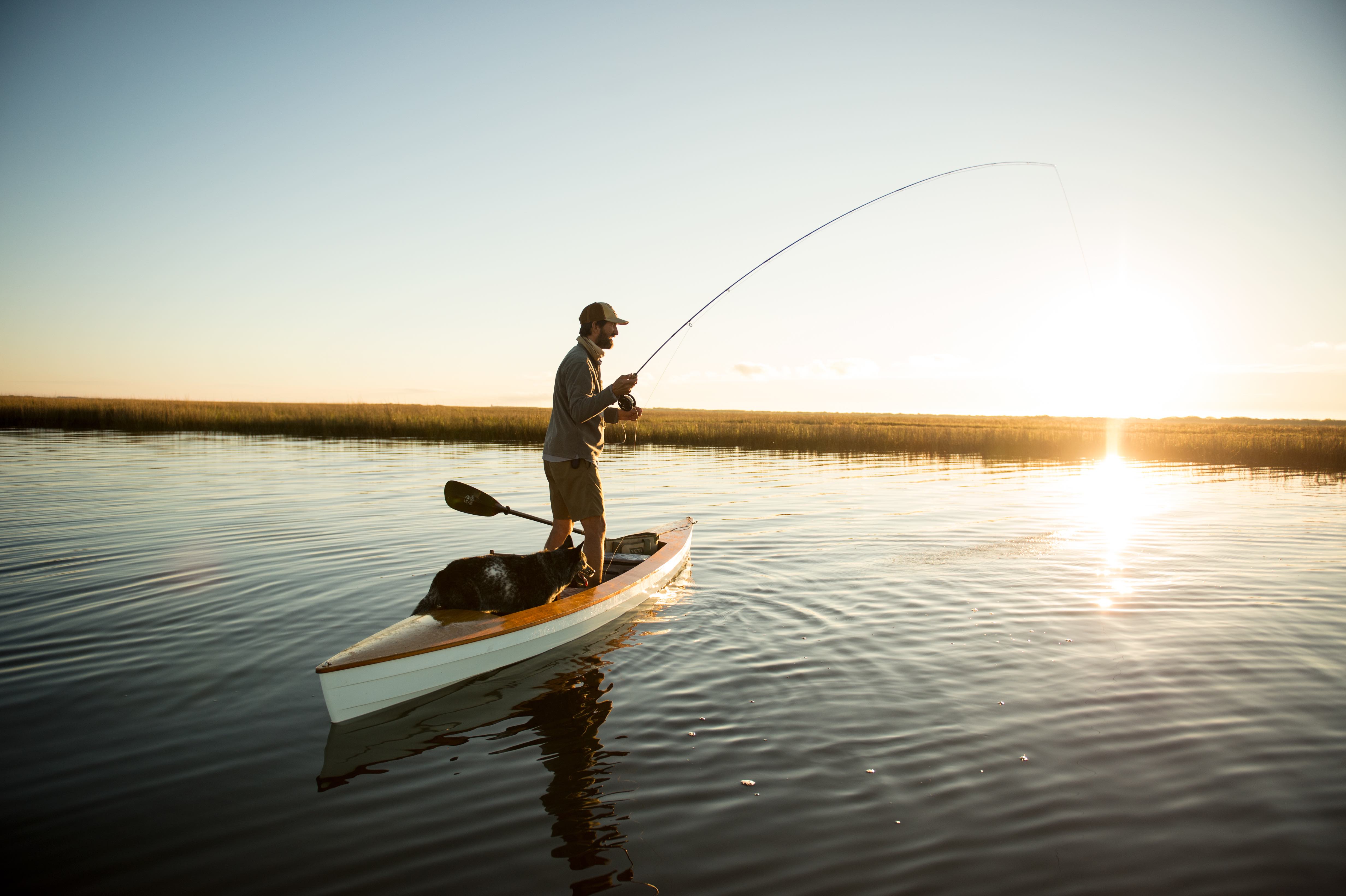 Most often this behaviour is a result of ignorance, monkey-see, monkey-do. We need to cherish this resource, and combine forces to ensure a quality experience. Pole, drift, paddle, or wade into sensitive shallow flats. Explore and leave in the same fashion. How can we justify any other approach? Protecting natural resources so that my children can experience the same magic I did as a young man has become of the utmost importance to me.

The effect my father and his music have had on me is a huge part of who I am as a man. It’s always in nature that his words, his lessons, ring out to me. He wasn’t successful for most of his career, yet he always believed in his writing and gave 100%, until the very end. I’m proud of him, and I know he’d be proud of me.

“Pour the sun upon the ground. Stand to throw a shadow. Watch it grow into a night and fill a spinning sky.” – Townes Van Zandt, “Highway Kind”.

Linkedin
RELATED ARTICLES
OTHER ARTICLES
Students are being left to languish in unsafe housing, in some cases leading to serious health complications.
In the latest instalment of Photographers in Conversation, the creator talks portraiture, platforms and taking inspiration from Little Simz.
Photographer Bud Glick recounts documenting everyday life in the area, and what it taught him about the Chinese immigrant experience.
A series of photos by the late Jerry Dantzic taken in 1957 show a tender side to the iconic Jazz musician.
Last week, Tower Hamlets council removed its nudity-restricting licensing conditions in a huge win for London’s kink community.
A sharp increase in officers armed with the electrical weapon is resulting in serious injuries and deaths.