News & Politics / On the frontlines of India’s deadly heatwave 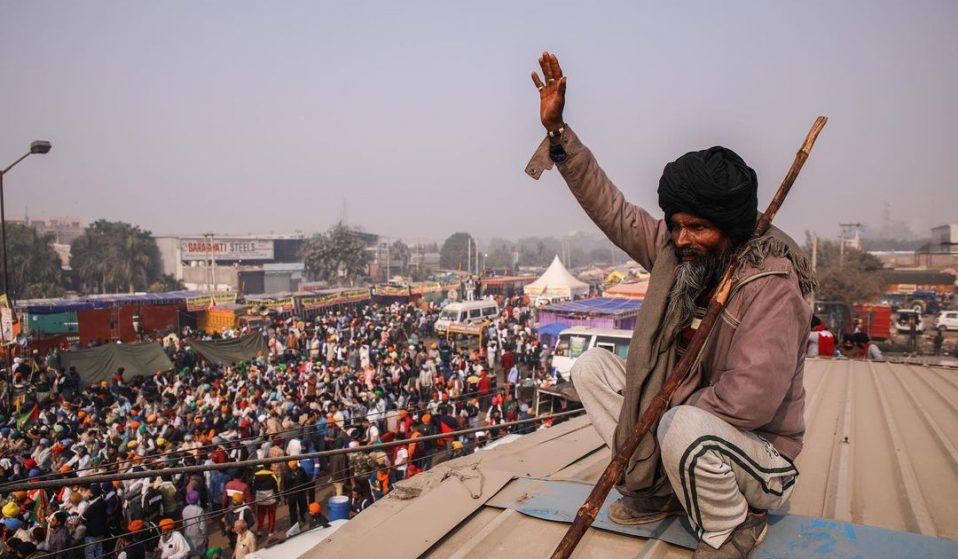 Extreme temperatures in India and Pakistan, which were made 30 times more likely by the climate crisis, have had deadly consequences.

Extreme temperatures in India and Pakistan, which were made 30 times more likely by the climate crisis, have destroyed livelihoods and had deadly consequences

“We’ve never experienced temperatures like this before,” says Mihir, a farmer in the village of Punjab, India, recalling the heatwave that defined the spring. “I have to work to live, to eat, to feed my family – but working in the heat all the time is unbearable.”

Heatwaves are one of the deadliest forms of extreme weather events and they are ravaging the Global South. Having experienced a catastrophic heatwave in March, which was described as testing “the limits of human survivability”, India’s experience of global heating is culminating in widespread suffering. For rural farmers like Mihir, droughts, soaring temperatures and devastating floods are wreaking havoc with their livelihoods.

This is an ongoing trend: in Delhi, average temperatures in the summer typically range from 36 to 38 degrees. By mid-May, however, temperatures in Delhi had reached 49 degrees. By the end of June, Delhi’s heat index (HI) – or ‘real feel’ of temperature – was 53 degrees. Wet-bulb temperatures – which also account for maximum temperature, humidity, wind speed, and solar radiation, but are calculated under direct sunlight – greater than 32 degrees made working outdoors even more difficult. Across the country, the rising temperatures are exacerbated by high levels of humidity.

The changes inflicted by the climate crisis aren’t limited to India’s rural areas; the impacts of extreme heat have seeped into all areas of life, with March’s heatwave leaving India to face its worst electricity shortage in six decades. At the same time, power cuts lasting upwards of eight hours were imposed in states including Jharkhand, Haryana, Bihar, Punjab and Maharashtra. In hospitals, the lack of water – which hospital beds need to operate – saw some hospitals refuse admissions.

Now, as sweltering temperatures are replaced by the worst monsoon in decades, it’s clearer than ever that countries in the Global South are bearing the brunt of the climate crisis. Last month, neighbouring Bangladesh experienced its worst monsoon flooding in two decades, impacting 4.3 million people and killing dozens.

“Along with escalating temperatures, we witnessed random rain showers in January,” says Mihika Omseema, a climate activist who lives in Mumbai. Her relatives, who live in Delhi, find it particularly difficult to cope with the extreme weather. “Last winter, my grandparents who were living at my maasi’s [aunt’s] house in Kanpur had to move to our house because temperatures were so extreme that they couldn’t bear it and fell sick.”

Deadly flooding in northeast India, mere weeks after a heatwave, is also impacting farmers, who, while trying to help salvage submerged homes, are also facing a loss of work due to damage to their crops. While it started in April, the worst floods in decades are unrelenting in their impact. With agricultural lands overcome by rising waters, two million homes have been submerged in the past month. Across India, more than 114,000 hectares (280,000 acres) of crops have been destroyed.

Assam, a state in northeastern India, has been impacted by destructive flooding. Arjun, 32, is a farmer there, who spends the days laying soaked crops out to dry. “First, it was raining, then the floods started,” he says. “There’s no work now. Farming after the floods? It’s impossible; the crops haven’t been harvested.” While planting summer-sown crops typically continues until the end of July, waterlogged grounds means they can’t be planted or harvested.

This is echoed by Mihir, who is also worried about future harvests. “In April, we lost our wheat because of the heat and extremely dry weather,” he explains. “In June, we’re losing crops again, because of rain. I’ve lost most of my harvest.” More than half of his crop yield has been lost over the past six months due to a combination of excessively hot and rainy weather, as well as soil erosion.

With extensive coverage of the heatwave in Europe, remember that we're only a few months out from deadly heatwaves in India and Pakistan that exposed tens of millions of people to +40C temperatures.
1/3

This is the product of a lasting legacy of exploitation. “The climate crisis is fuelled by capitalism and colonialism: we can see it happening right now, in India, in the Global South,” says Aakashi Barse, a climate activist working with her local community in Rajasthan. “Natural resources and people are being exploited and also countries who contribute least to the climate crisis are experiencing it the most.” India is not a historical contributor to global greenhouse gas emissions: figures from the Intergovernmental Panel on Climate Change estimate that from 1870 to 2019, its emissions contribute to four per cent of the world total.“It’s communities like ours who are facing this and experiencing real impacts on their health,” says Aakashi.

According to a report released by international NGO Global Witness in 2017, India is the fourth most deadly country for environmental activists, whose fight to protect the environment has been met with violence. But this hasn’t stopped small-scale activism from taking place within local communities. “Things are changing,” says Mihika, citing the recent ban of single-use plastics. “Families together recycle all their waste every month, while segregating the dry and wet waste is now mandatory. A group of parents and children also do clean ups regularly with some tree plantation drives.”

While individual agency pales in comparison to the role of fossil fuel emitters and the Global North, it’s charities like Reap Benefit, based in Karnataka, who are mobilising and empowering residents to take civic action. Beyond the flooding occurring at the moment, “the loss of housing; threats to health due to the rise of communicable diseases; loss of utilities and the time and resources spent in rebuilding their lives again impacts the lives of generations of people for years to come,” says Abhimannue Sreekishan, who works with the collective. “The trauma is emotional, along with being physical and financial”.

The lack of fresh water and risk of drought is all-the-more concerning in light of rising temperatures. “A resident mentioned that snow formation at higher altitudes would usually start around this time but for the last couple of years it’s been delayed,” says Abhimannue, recounting a recent visit to Ladakh, which is part of Kashmir. “The reduction of glacial water is concerning because that determines the supply of fresh water to the area and rivers down the line.”

The impact of global heating will ultimately be most sharply felt by densely packed countries like India, who are equipped with less infrastructure to fight the crisis. Indeed, the country is at the epicentre of an unfolding climate disaster which, as the ongoing heatwaves in Europe show, is set to become a global reality. “We’re still working, still trying,” says Arjun. “But we don’t know when there will be no work left.”

Linkedin
RELATED ARTICLES
OTHER ARTICLES
We catch up with the singer in her London studio to connect the dots between music, painting and her relationship with the city.
Following the release of their third album, the duo talk collaboration, family and connecting with the dead.
With the singer’s tour in full swing, we sat down the musical production company who made the electrifying show possible.
Jamel Shabazz’s photos honour those who were lost and those who survived one of the most brutal eras in recent history.
Over the weekend, the United Families & Friends Campaign organised a protest calling for an end to deaths at the hands of the police.
A campaign led by ex-torture survivors and refugee organisations has left the Tories with no planes left to carry out their callous scheme.