News & Politics / Opinion / Is there another way for modern football? 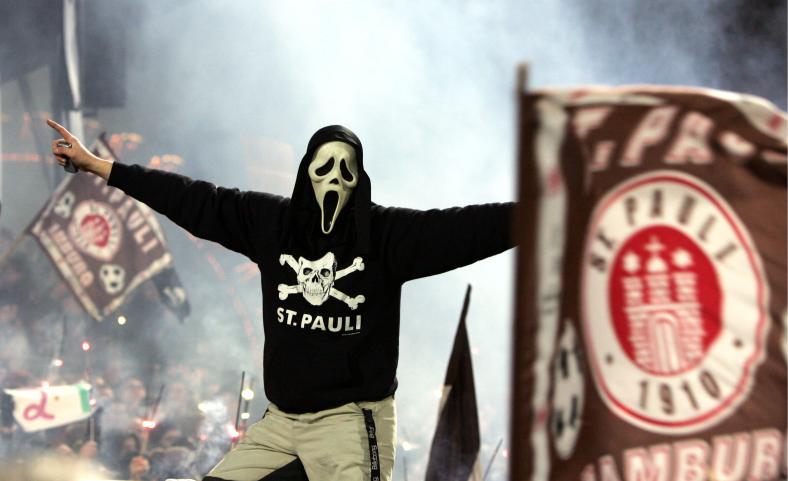 Passion and tradition are still values that we cling on to in football, though many of them have been pawned off as part of a package TV deal in the last few years. With FIFA in turmoil and corruption now intrinsically linked to the game, has football finally cut ties with its roots as the people's game?

Passion and tradition are still values that we cling on to in football, though many of them have been pawned off as part of a package TV deal in the last few years. With FIFA in turmoil and corruption now intrinsically linked to the game, has football finally cut ties with its roots as the people's game?

FC St Pauli have almost always been the second best soccer team in Hamburg. Their illustrious neighbours, Hamburger SV, have a longer history of (footballing) success with six German League titles and a European Cup under their belts. In most cities, that would leave St. Pauli as relative unknowns, at least on the international stage.

But it’s St. Pauli that tend to get the share of the column inches. They are Germany’s punk football team, the first supporter’s group to condemn racism on the stands, the club that constantly speaks out in favour of LGBTQ rights. They are a rag-tag group of socialists and squatters and, in a global football culture that encourages growth at all costs, they are a magnificent, glorious exception to prevailing greed.

A few hundred miles north in Zurich, Switzerland, a very different side of football has come into full focus. At 6am on Wednesday morning, undercover police, in collusion with the FBI, walked into a five-star hotel in the centre of the city and arrested six of FIFA’s executives. The authorities said that this was the result of two generations of embezzlement and corruption from the top down at the world’s governing body. They also said that this was just the start. 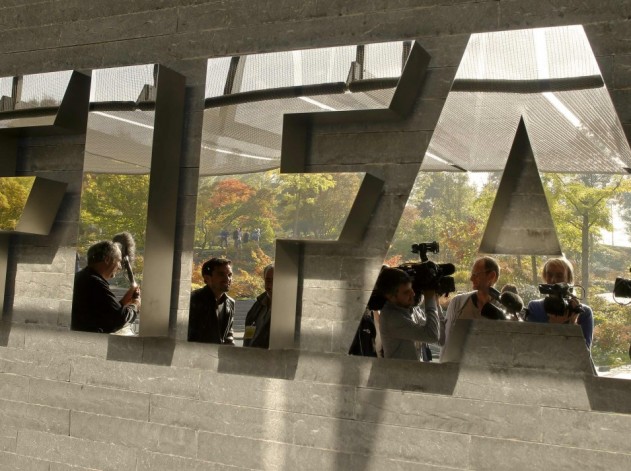 Better than that, it’s been described as “the beginning of the end” for FIFA, though they’re still insisting that the situation is under control. They’ve even said that yesterday, in spite of everything, was a “good day” as the corruption that has plagued the organisation has now been addressed.

But that won’t last – the consensus is that FIFA will crumble from within. Whether it’s a matter of folding entirely or simply gutting the organisation of its corrupt old guard still remains to be seen, but the media, in a rare moment of unanimity, are convinced that it will no longer be business as usual for world football.

With a radical change just around the corner, then, this might be the best time to talk about what we expect from the beautiful game. Because if corruption is in our grasp – and we’re told that it is – it’s probably worth rooting it out entirely.

There are models for a better system – St. Pauli aren’t the only team running their club from the bottom up.

FC United of Manchester are another team with a different take on matters. Started by a group of fans disillusioned by the Glazers’ multimillion-pound takeover of Manchester United (and the staggering debt that it brought with it) they have risen steadily through the leagues over the ten years since their inception.

A fourth promotion in a decade came this year and on Friday they will open their new stadium with a fixture against Portugese giants Benfica. 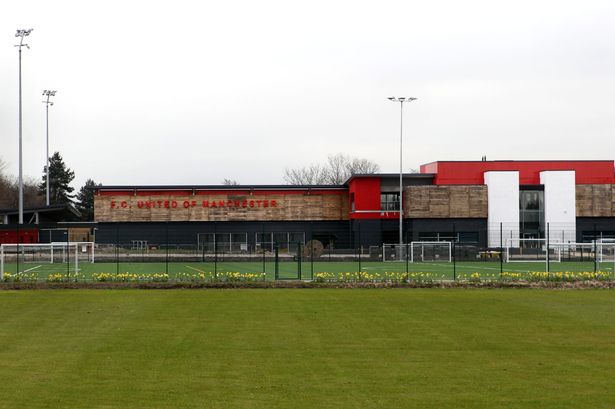 That’s a success story in itself, but the club’s structure is the most remarkable feature of their story. At FC United, the fans are the owners, and every member has one vote, regardless of the money that they put forward. It’s an ultimately democratic system and, in the face of the mega-club that spawned them, it’s an incredible statement on the power of the fans, when harnessed properly.

Clubs like FC United aren’t alone – Pourtsmouth and Wrexham have similar structures when it comes to fan ownership – and that model might well grow as the corporate nature of the game continues to grow. “There’s more fans engaging with football than ever before,” says Dan Byrne of Spiel Magazine. “But you’ve got the traditional football fan feeling disenfranchised and feeling like they’re paying an awful lot more for something that isn’t that much better.”

That makes FIFA’s problems all the more alarming. Corruption and white-collar crime has been the organisation’s mode of operation for decades but the problems run deeper than that.

This morning TV screens lit up with sternly worded statements from some of the world’s biggest corporations, forlorn that their names might be linked with FIFA’s crimes through advertising.

Visa forcefully condemned the recent goings on within the organisation, assuring everyone that “Our sponsorship has always focused on supporting the teams, enabling a great fan experience, and inspiring communities to come together and celebrate the spirit of competition and personal achievement.” Of course.

McDonalds were equally disgusted by the happenings at FIFA HQ: “McDonald’s takes matters of ethics and corruption very seriously,” they said this morning. Budweiser reminded FIFA that they “expect all of our partners to maintain strong ethical standards.”

Digging into the controversies that make these statements absurd would be pointless – they have a fine comedy of their own. The harrowing thing that emerges here is that decades of public pressure on FIFA and at the football hierarchy more widely have not moved the organisation an inch. Only when their major corporate sponsors make comments like these does the governing body begin to look uneasy.

But that system, from the top down, isn’t likely to change soon.

“There are too many people making too much money for the corporate nature of football to collapse because a few dodgy 60-year-olds are trying to top up their pensions at FIFA,” says Adam Hurrey, author of Football Clichés.

“There’s too much money to be made from football for the corporate house of cards to collapse.”

It’s a sad thought, then, but when this is all over and the corruption is gone, the gap between football’s reality and its top-down logic will still be as wide as ever.

Linkedin
RELATED ARTICLES
OTHER ARTICLES
From Brooklyn gang members, to Welsh miners and the residents of East Harlem, Bruce Davidson used his camera to shine a light on the most marginalised.
Photographer Melanie Nissen recalls capturing the characters, fashions and rarefied chaos of a rapidly-expanding set of punk bands who helped to redefine the genre.
Jermain Cikic reflects on his experience of visiting the island of Samos, Greece, in the summer of 2021.
Those set to be impacted by the governments ’undemocratic’ bill explain why it risks silencing them.
With abuse of call-centre staff on the rise, many are now speaking out about the hostility they’ve faced.
In Sheffield, food delivery drivers are fighting back against one of the giants of the gig economy.