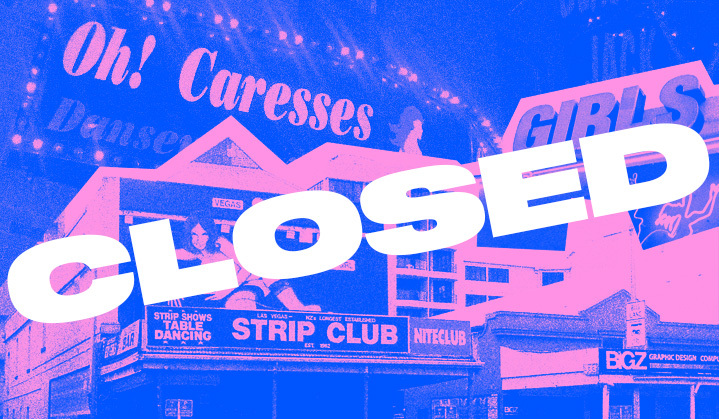 With no protection or support to deal with the coronavirus crisis, sex workers are more vulnerable than ever. It’s time to put aside your personal politics, argues Molly Smith.

With no protection or support to deal with the coronavirus crisis, sex workers are more vulnerable than ever. It’s time to put aside your personal politics, argues Molly Smith.

The impact of COVID-19 on sex workers has been devastating. Overnight, in-person workers like strippers and prostitutes lost almost their entire client-base. A pivot to online work isn’t an option for sex workers without a laptop, or a smartphone, or without any private space – for those trying to see out lockdown in a hostel, bed and breakfast, with an abusive partner, or in a one-bedroom flat with kids or other family crowded round. And many sex workers are understandably wary of making themselves visible to the state, which makes claiming for even limited or punitive state ‘aid’ like universal credit extremely hard – and largely impossible for undocumented or insecurely documented migrant sex workers.

All this means that some in-person sex workers are still trying to work, because they are desperate for money to avoid – or survive – destitution. Working with drastically fewer clients means that the clients who are still around have even greater power over the worker: they can push for compromises around physical safety, like insisting the worker meet them in a place that they, the client, chooses, or they can try to negotiate the worker down on condom-use. Plus with far fewer people on the street, outdoor sex workers are even more exposed to the police and the threat of criminalisation: a threat which is in itself violent, and which makes these workers more vulnerable to violence from clients, partners, or strangers, all of whom can point to the workers’ criminalised status as a key reason why she is unlikely to want to report (or be taken seriously if she does).

Amid this crisis of desperate poverty and continued criminalisation, the response from anti-prostitution campaigners both in the UK and elsewhere has been sad. One Spanish advocate for criminalisation called COVID-19 “the abolitionist virus” on the basis that it was dissuading men from paying for sex – and given that the virus has brought catastrophe to people who sell sex, she isn’t wrong to see it as aligned with her politics and goals. In France, which implemented the supposedly-feminist Nordic model in 2016, sex workers told the media that they are in a situation of “extreme precariousness”, without immigration status, and without access to housing: “Some have to go back to work to pay rent, but then face other problems, like [being ticketed by] the police. We are facing a situation of re-criminalisation”. The French minister for women’s equality simply responded that she would “no longer speak on this subject”.

SWARM have 10 days left to claim match funding on all donations for our hardship fund. We've helped nearly 600 UK sex workers so far, and with the match fund we can double that. Let's smash the target and get support to the people that need it the most. https://t.co/kK61ISsXeV

In the UK, MP Sarah Champion brought together MPs, denizens of the House of Lords, and anti-prostitution NGOs to write a letter to the Home Office. In their letter, they asked that Priti Patel ensure that housing and services are in place for victims of trafficking; that the police consider sexual exploitation when they respond to domestic violence calls, and that services receive adequate funding. But the absences in these demands are striking. Ending the arrest of people who sell sex is supposed to be central to the politics of women like Champion, but there is no demand that the police stop arresting sex workers – even street-based sex workers, who suffer the clearest direct criminalisation. Nor is there any kind financial help for sex workers themselves – the vast majority of whom would not be classed as “victims of modern slavery” and therefore would not be eligible for the “reliable accommodation” that Champion and her co-signees request for this group. Indeed, for all her claims to see all sex workers as victims, there is something telling in how Champion et al actually only go to bat for those they deem victims of modern slavery or domestic violence – those seen as ‘deliberate’ sex workers are still, it seems, sufficiently culpable as to deserve the consequences they have coming, whether that be homelessness, arrest or deportation.

Meanwhile, sex worker-led groups have stepped up to do mutual aid at an unprecedented scale. Sex workers have always engaged in mutual aid; distributing condoms, lube and clean needles, or sharing out secondhand smartphones, or pitching in to help with childcare, prevent eviction or bail someone out. But this is different. SWARM (a sex worker-led group of which I am a member) has distributed money to hundreds of sex workers through an emergency hardship fund, which we are asking people who still have an income to donate to. Through the hardship fund, we are enacting our politics in the most material way we can: SWARM believes that people who sell or trade sex deserve resources (like cash) in order to have safety and self-determination in their lives. We trust recipients to know best how to use the money. The contrast between sex worker politics – a politics of resources, trust and solidarity – and the politics of anti-prostitution feminism – which envisions services for some and homelessness and policing for most – could not be more stark.

You can donate to SWARM’s sex worker hardship fund here.

Molly Smith’s book, Revolting Prostitutes: The Fight For Sex Workers Rights, is out now. Follow her on Twitter.

Linkedin
RELATED ARTICLES
OTHER ARTICLES
For decades, an area of East London has served as a community hub for Vietnamese people looking for a taste of home.
Photographer David Hoffman recalls documenting the extreme wealth inequality around Tower Hamlets and Hackney int the 1980s.
Thomas Hoepker‘s images taken during a road trip across America provide a searing social commentary about a divided country.
In the latest instalment of Photographers in Conversation, the chronicler of raves, protests and beyond explains why he’s drawn to such specifically visceral environments.
Whether it's partygate, the climate crisis or the spiralling cost of living, the fightback begins on the picket lines writes Tommy Vickerstaff
Freddie Miller’s new series of photographs investigates who today’s trainspotters are and what drives their unfettered enthusiasm.